KFV is a sports game where players fly, dash, teleport, and kick an increasingly unstable volleyball into their opponents net. Play it now. 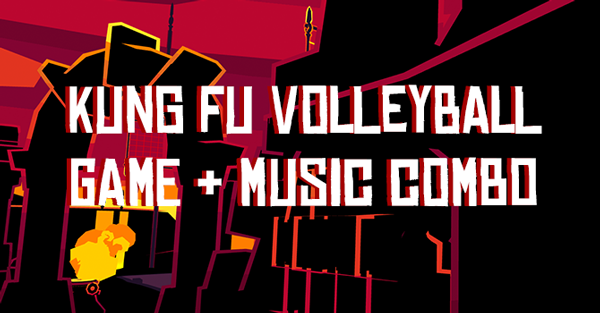 We've been tweaking KFV a whole bunch since putting it online 2 weeks ago, with a focus on keeping the flow of battles as fast and uninterrupted as possible.

You can buy KFV (DRM Free, PC/Mac, Linux coming soon) and get the OST for 1$


What's new in the updated version 0.4:
- Better dash
- Teleport ability warps you back to your goal for better defensive play
- Added a float to the ball so that it doesn't rest on the court
- Particles now show your charge when you kick
- Particles now show how unstable the ball is as it gets kicked around
- New goals have posts to keep the ball in play longer
- Removed certain collisions that could break the flow
- Easier keyboard controls (controllers still best though!)
- Bug fixes

Play Kung Fu Volleyball, and give us feedback to make the game better!