Reign & Rule is a game about capturing land to increase your countries size. However just telling your soldiers to go and fight off enemies in foreign lands isn't enough for the best results, you have to go in yourself as one of the kingdom's commanders and pry that land from the clutches of the enemy. This game contains two types of game play. First is the map mode where you decide the best spots and commanders for battle and which commanders to use in counter attacks. Second is the battle itself, in which you control a commander, who may or may not have an army depending on the circumstance, and fight the battle yourself.

Thanks for voting and helping Reign & Rule on it's quest to become the 2022 Indie of the Year. You are now in with a chance to score some free games. Help this game secure more votes by embedding the widget (or link) we have included below on your favorite sites.

This is a shortish update but it's been a while since the last.I've been doing lots of work on R&R but most of it broke the game or made it ugly. So now it's finally stable and picture worthy!

Mechanics:
Some changes to make the game feel better and more fun.

Firstly: Soldier now can't occupy the same space as each other, which makes the game just a bit more realistic and feel a lot better. 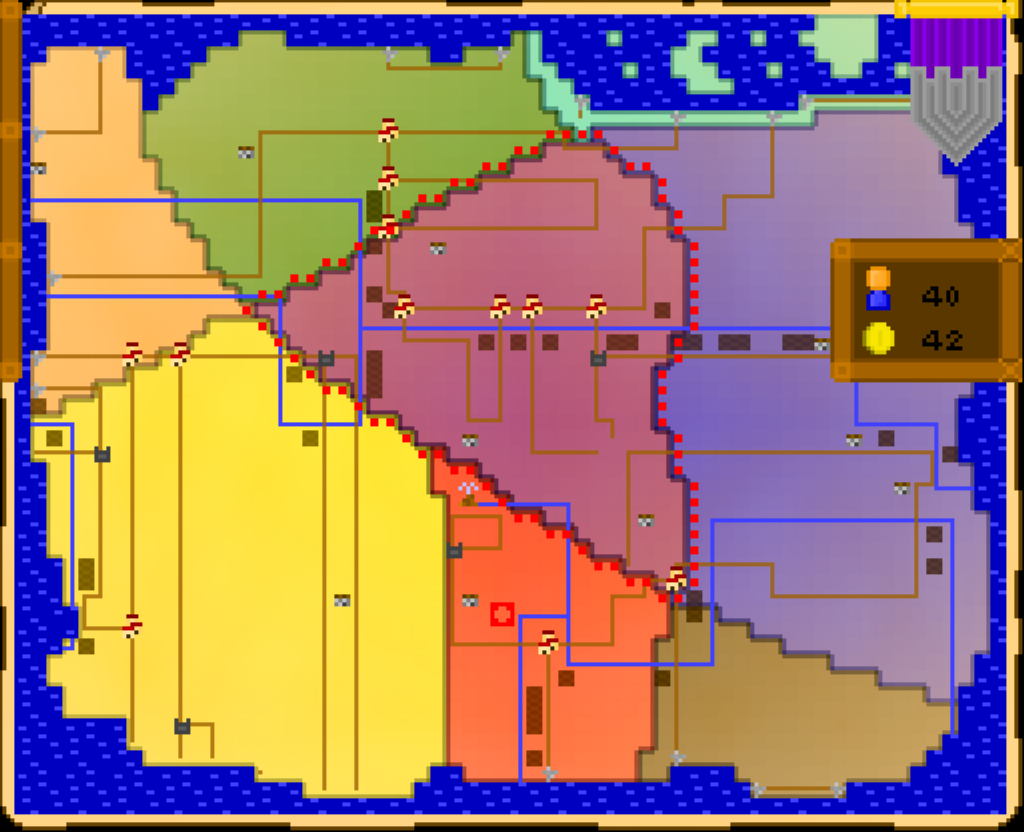 Seas, ports,farms and towns have been added to the map. Farms and towns provide income. Farms provide more income than towns, but a town raises the defence of an area as well as provide money. Ports allow for attack by sea. This will be the ocean nations main form of attack.

Thirdly: This is kinda of a big change, however it is not fully complete or fleshed out. Basically, every character had 2 attacks they could do before. One was a basic attack and the other was a special ability/attack. Now they have 3 attacks. First stays the same and the seconds are getting nerfed to use less energy. The third attacks will require anything from 6-10 energy bars to activate and they will basically wreck most armies. The reason this is incomplete is because most characters now lack their second or third attack. This should hopefully be fixed by next update.

Graphics:
Ok, so finally graphics.
So the main change has been the characters: 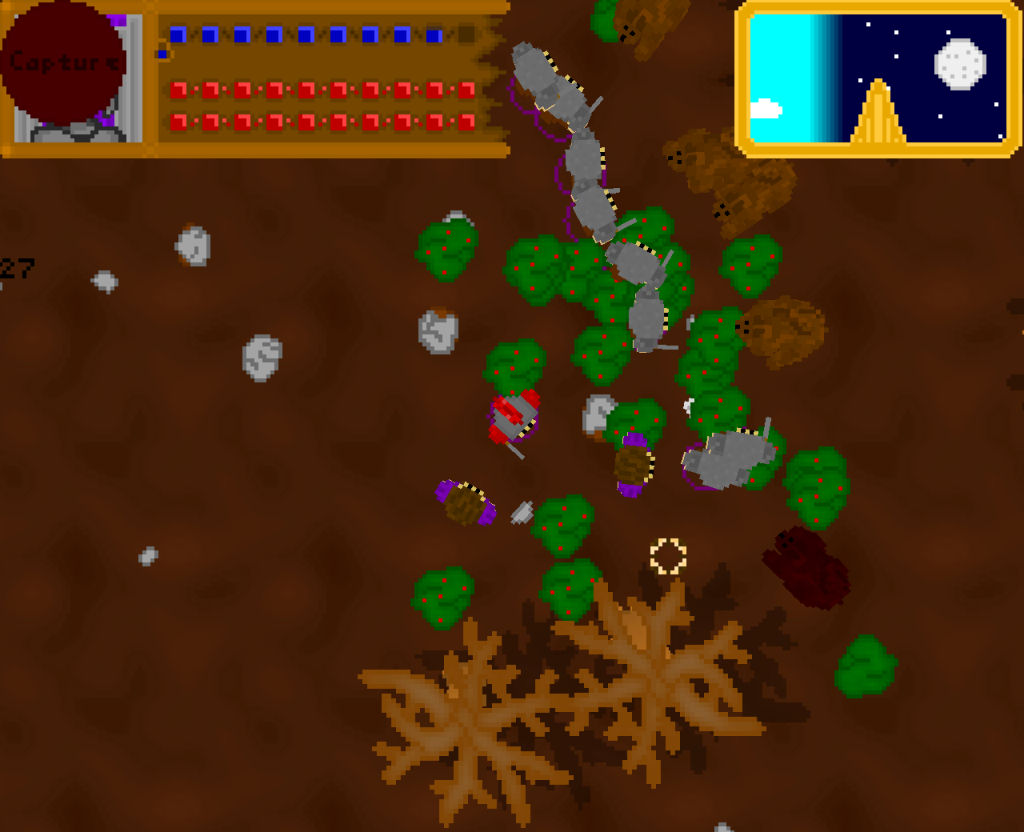 So, if you look closely, all characters have been made 3D to fit in with the 3D landscape! This allows for relatively simple animations now. Soldiers can now walk around and look good doing it. Currently not all characters are converted due to there being a lot of them. Using this new system has open quite a few possibilities to make the game look nicer without have to make new sprites for new animations. For example, I quikly threw together a script which allows for characters with capes: 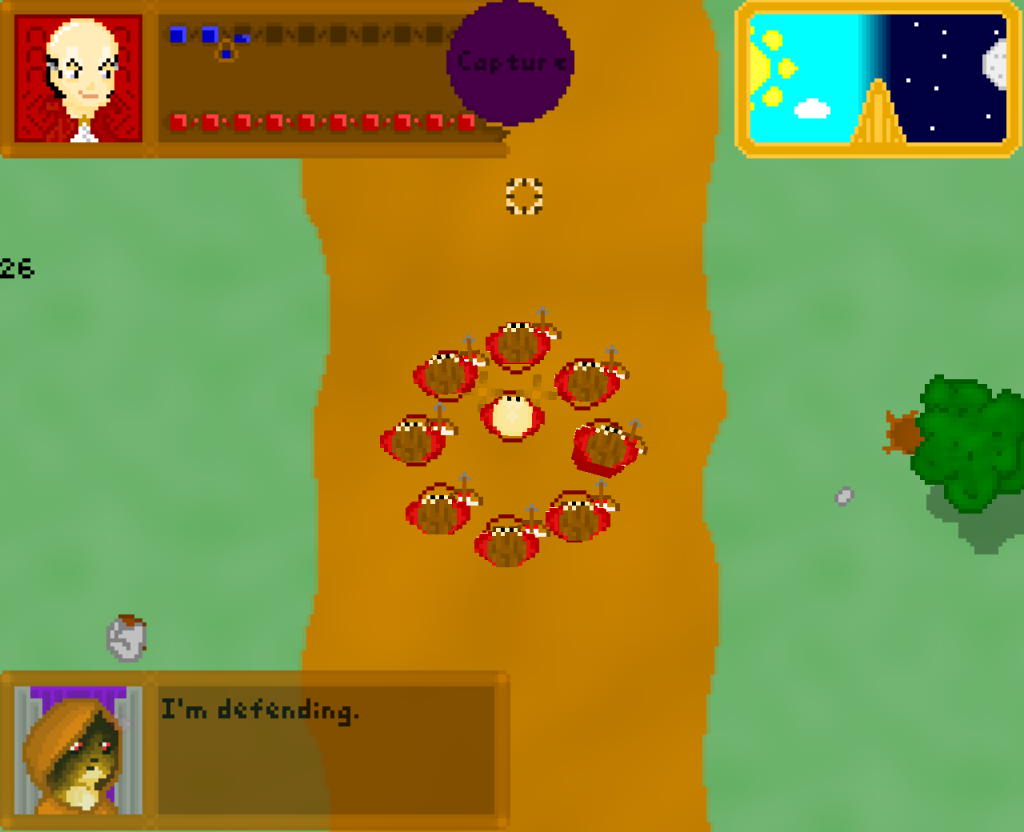 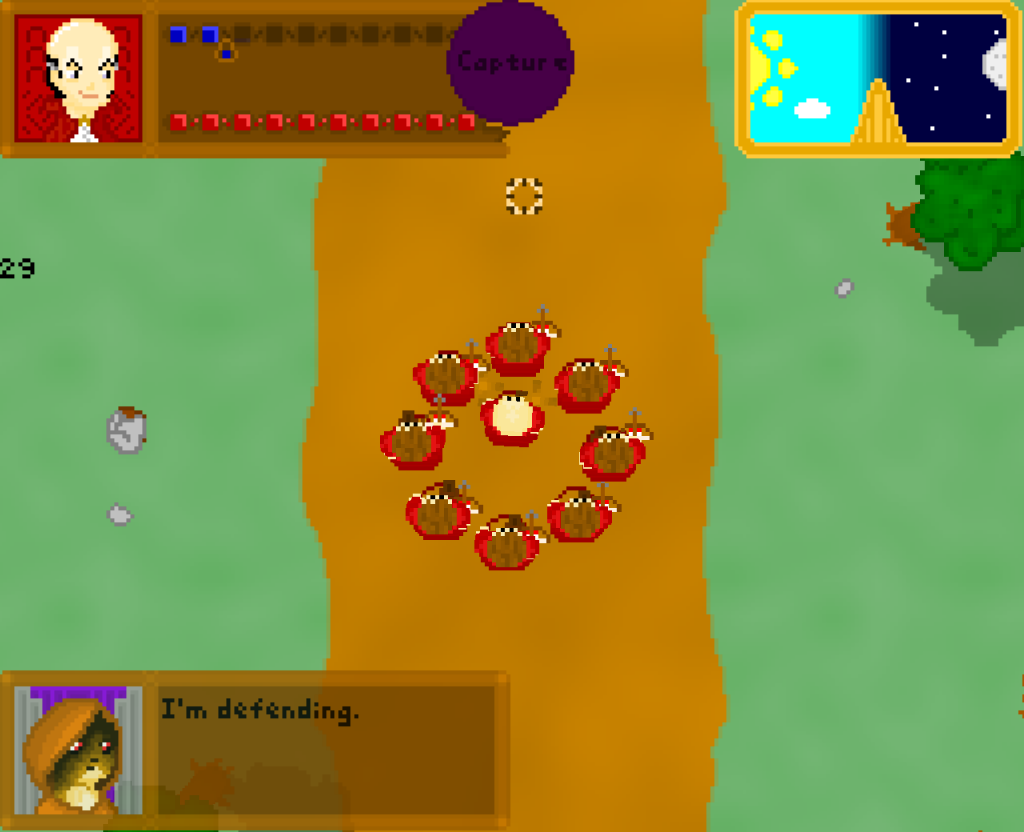 Ok well that's it, have a good day and thanks for reading the update. See ya later.

Alrighty, I haven't done an update in a little while but I wanted to get my game to a certain point first before I did one. What's this point that I've...

So Reign and Rule was originally a ludum dare game for LD28 called "one man armies" and the results of the ludum dare were posted! One man armies came...

Alright, so I'm back from holiday, and I thought I'd have to go the whole time without coding my game. However, I got hold of a pc and managed to download...

Kingdom's Reign & Rule has now had it's name changed to just Reign & Rule for simplicity. What's been added: Lighting, the Map, biome base code and Castles...

when you gonna add me hey? :P