The one-man game project JETBROS, is a Jetpack-Action-Shooter-Game inspired by platform shooters of the 80s.

Try the our Demo on Steam:

Because the levels are very long (The playtime of the first level for experienced players is about 30 minutes), I decided to release my game level by level. Therefore it's practically a Early Access game. This allows me to respond better to the player's ideas, requests or criticism. I chose Early Access so this project can evolve into a full-fledged product.

After just 2 weeks Jetbros has been Greenlit YEAH.

I would like to thank you all for voting for Jetbros.

Now we need Kickstarter to be successfully. 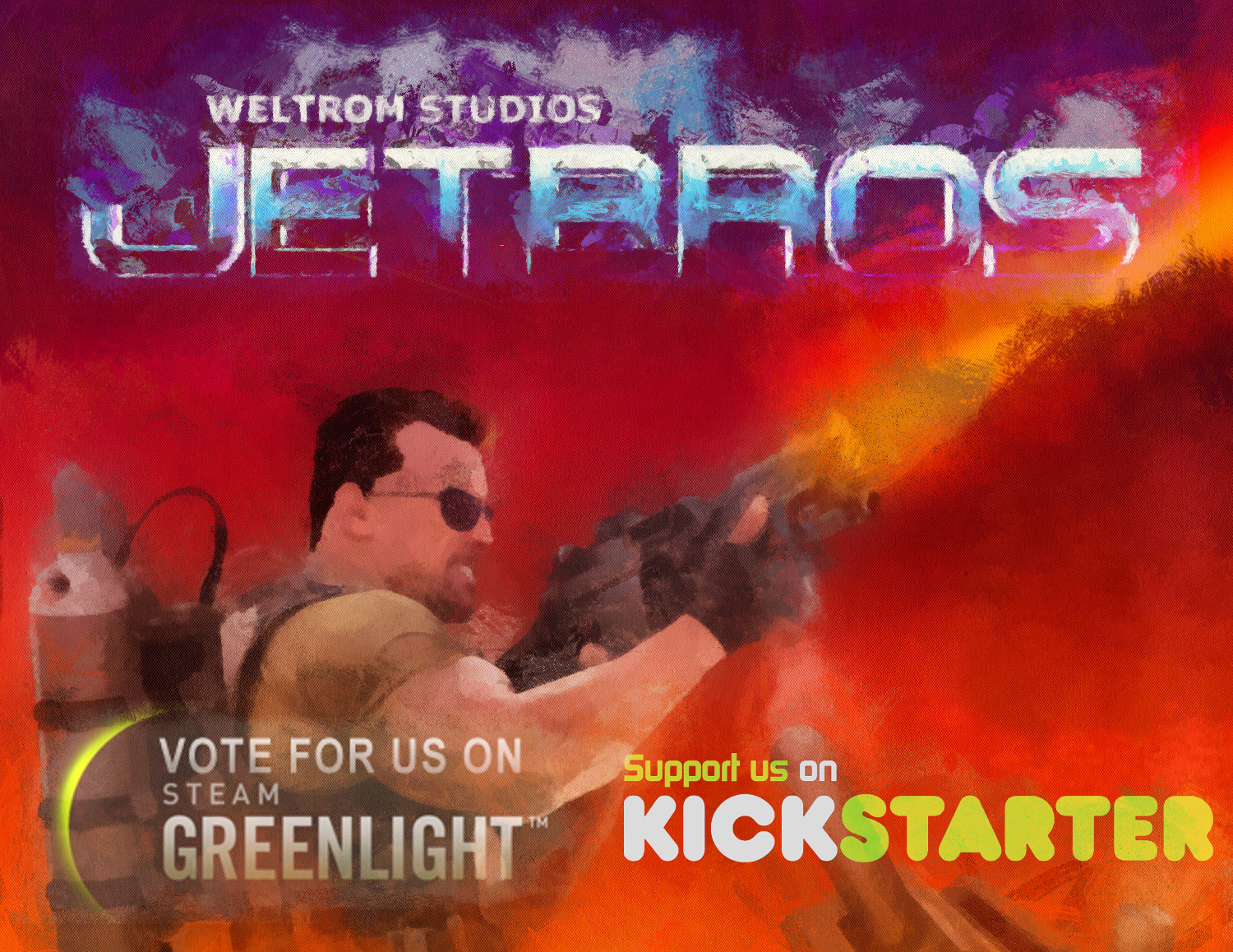 Jetbros now on Greenlight and Kickstarter

Support us now on Kickstarter or Steam Greenlight.