An Action-Adventure game, that combines Hack’n’Slash with exploration and puzzle solving. The scenario is a post- apocalyptic sci-fi world, where zombies walk restless around and technology looks like something from an 80’ties sci-fi film. The visual expression is dark and sinister, with black shadows, ink lines and clean colors. The game features zombies like they should be, slow, dumb and flesh-eating, life-threatening in groups and incredible persistent when their eyes are locked on fresh meat.

The story about an alcoholic with an identity crisis
Jazon wakes up with a huge hangover in an abandon world. His memory is gone and in an attempt to survive he invents an alter ego, as a bad ass hero. He recurs ladies, fights bad guys, beat brains out of zombies with his bare fists and fights super villains. He reinforces his belief by finding clues all around him, but will his facade hold up when the memories from his past starts to pop up?

A unique universe
A universe in the future where design development stopped in the 80’ties which sets a special heavy and rough touch on the game. The graphics are dark with ink lines, blank shadows and familiar shapes, inspired by comic book artists like Mike Mignola. Bad camera control, unlucky one-liner jokes and splat is all part of the 80’ties which the game is bringing back. The style is very unique and stands out from other games.

Intense fighting
You will often end up in a fight with your life on the line. With a gun you can quickly kill a zombie, but with the limited amount of bullets you could maybe have used them better in another situation. On the other hand there is a great risk of dying if you choice to fight a zombie with your fists. The choices you make are critical for your survival.

Mind-bending puzzles
If you barely survive the zombies, your next challenge is a time pressed situation that requires you to think straight. It’s dangerous to be at the same spot for too long, even though the zombies are slow they will never quite hunting you, and they fight to get in through blocked doors, windows and ventilations shafts. With the things you find in the environment or zombies you can exploit it makes you capable to solve the riddles and progress into the next room.

Music like the old days
No doubt about it, when it comes to music old is better. The music creates a wholeness in the game, with a “grungy” 80’ties inspired impression, spiced with horror and surprises. It brings the universe, style and story together and tramps the player in this intense world.

We are Half Way Through our Campaign

We’ve had a lot of support from gamers, YouTubers and Streamers who played the game so far. The comments on Steam, Gamejolt and Itch.io have been overwhelmingly positive. More than 1300 people played our playable preview and 71% of people voting on Steam Greenlight would like to buy the game when it’s out. We have over 3000 total votes. The average for top #50 is 52% yes votes. We would have liked to personally thanked everybody, but there are so many comments and videos that we won’t be able to do that. We really appreciate it! Thank you! We are at 33% of our funding goal, things have slowed down and we are trying what we can to get more attention for the campaign. If you want to help, then please tell your friends about it, post it on your Facebook page or shout it in the streets. Everything helps.

Behind the scenes - Episode 2: How the Player Influences the Narrative

This new video shows the story of Jazon and the Dead and how you as the player can really influence the course of the narrative and solve puzzles in different ways. This video also introduces the scavenger - the first character Jazon meets -and we need your help to pick out a design. Watch the video and vote on YouTube. We will keep working on the chosen design and he will be in the final game. 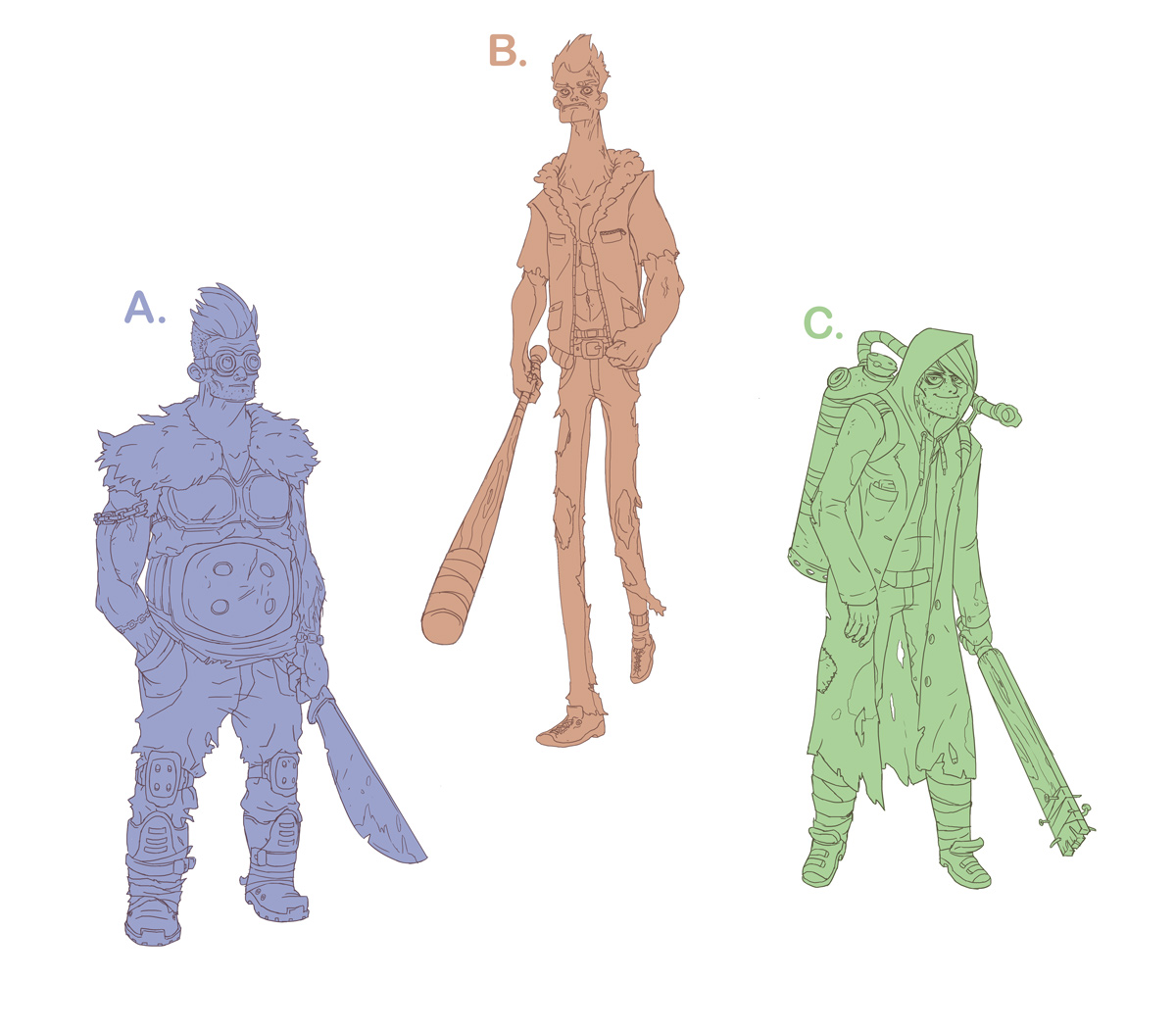 Next live stream this Thursday

We had a blast playing games last time. Nikki played Inside and died a ton. We will continue with playing different games in our next live stream, and this time we are going to look at some Danish games which we really enjoy. It’s gonna be this Thursday at 17.00 CET/08:00 AM PDT on our Twitch channel.

We are also streaming when we work. It’s not on a specific schedule, but if you follow us on the channel you should be able to catch us at some point.

See you in the next update,

Behind the scenes - 3 Years of Prototyping

We been working on Jazon and the Dead for 3 years now, we decided to create this look back where we play old prototypes.

We are now live on fig!

We are now live on Fig with our crowdfunding campaign for Jazon and the Dead.

We are going to Fig the 31st of October

We are launching on Fig in just 2 days. New artwork and lots of new gameplay gifs.

This is the first released version of Jazon and the Dead

We played the game a few days ago. Pretty fun. Can't wait to see it in its full release. Love the art style and grungy type of story.

Thank you Intense. We will keep the updates coming.

Wow I think it is a best game

Nice to see you back!

Thank you :) And thank you for still being here.

It is cool if it also have possibility into PC version too. Just wondering XD

Our primary platform is PS3-PS4, we are not sure jet. But we are considering PC version as well. :)

moves thoughts of game to back of mind ,where the cobwebs are.

The Pc Master Race will be in touch .

Haha okay. The comment is from 2014. Since then we changed the platform to PC & Mac. We do think it works best with a controller. So we are still working towards getting the game to consoles as well. But first PC/Mac then consoles. So don't worry.

Oh i see. Thanx for info.

Indie
Twitter
Tags
Embed Buttons
Link to Jazon and the Dead by selecting a button and using the embed code provided more...