He was special, and he knew it.
His ability to reverse gravity helped him solve puzzles, as if the puzzles were specifically designed for him. He did not know where he was. He was lonely and scared. But the strong thought of what was next, urged him on to continue through the unknown. And then he realized, this is not a coincidence. These puzzles were specially designed for him. Just for him - the little innocent cube.
A cube who's name is KÜB.
-------
Inverted is a game built on the Unity game engine, about a cube who enters a world full of puzzles. He realizes that he has a special ability of reversing the direction of gravity, and uses it at every occasion possible. With your interest we can continue working on this game and eventually release it.

(This game is in a very early development stage, the art will most likely be improved in the final version)

Inverted now has a trailer. Featuring in-game footage and music written by Jeff Yaremko.
Since my last update the game had many improvements, including a stronger movement system, some additional art, and new levels, with even more still in development!
Thanks to many, we have a higher chance of completing the game as of now.
Please like, comment and share!

New Levels and Components, and a Major Bug Fix

A couple more levels have been added to the game, as well as new components. Also, a very uncomfortable physics bug has been fixed.

KÜB Grows a Tail and More

KÜB gets a tail, new Save System introduced and exit portal textures are improved.

This is the demo for Inverted. The compressed file contains builds for both PC and Mac.

I have put this project on standby. I may return to it some time later this year. 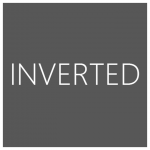 I Am Level Platformer