Hey IndieDB! It's been a while. We wouldn't be where we are today without modDB. We won the 2007 Mod of the Year award, and used this platform to build our rabid fan base before any social network existed.

Anyway, we've just released Insurgency. What a moment, it's been a long time coming. It's receiving overwhelmingly positive reviews, with fans suggesting that it's the greatest FPS experience they've ever had. Mission Accomplished. Well, not just yet, since we still plan on adding to the game because hey, we're indie, and we can. This release is only the beginning.

If you were a fan of the original Insurgency: Modern Infantry Combat mod, then you will want to check this out. Buy it now while it's on sale!

And to everyone on here, don't ever give up on your vision. The greatest games started out as mods. Take a look at the indie scene right now, or the rise of Early Access, or everything Valve ever does. It all starts here. Learn from us, and learn from each other. It may take longer, but man, it's such a satisfying experience to see your vision be recognized and played by the world. Insurgency is over a decade in the making, and still going. Keep at it. 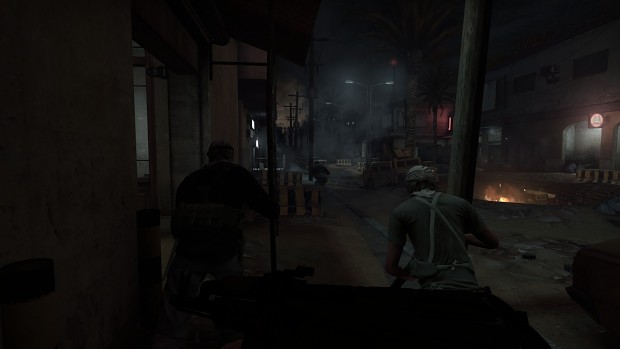 As soon I have some money I will buy this :D!

Awesome, looking forward to seeing you in game!

First of all congratulations! But as a former hardcore fan of the mod version Im not quite convinced enough to buy this. Everything Ive seen so far resembles the mod version very much. It could have easily been implemented into it, so that there would be no difference between this and the mod, not gameplay-wise nor graphics-wise. Its a slightly updated mod version really. But I dont want to be all negative, I wish you all the best, and if you release a linux version I might even buy it eventually.

The new version of the game is more CQC Oriented.

Great game, I enjoy the gunplay a lot!

I bought the game and I am very happy with it. It really feels like something from the past (gameplay wise).
True refreshment. I hope there will be future updates that will make this game even more realstic and polished :) .

Looks like fun. Any thoughts on a Linux version?

That's really cool, and that thing at the end was real awesome!