Command your troops and fight together and against other players in a persistent world. See your soldiers grow from rookies to hardened veterans. Manage individual soldier's skills, gear and style to make them perform, and stand out on the battlefield. Challenge other players in head to head skirmishes and form companies together for increased fire-power and reputation. Hostile Sector is a squad-level, turn based online combat game, that mixes tactical depth with rpg elements and soldier-level customization options. The game is currently in PUBLIC ALPHA, and looking for more players and feedback. It is browser based, and no download is needed (besides having java installed). Go to the home page and register an account to play. Update: Downloadable version now available, as well.

This week i've spent some time working on the procedural map generator. It now creates more object types, and two different kinds of populated places, rural and urban. With that said, the architects still have some things to learn about city planning..

It now also produces a few destroyed buildings, that are more interesting for gameplay. My biggest problem with it right now, and stopping me from applying it wider is handling height differences in populated places. There is some functionality there to account for it, but there sometimes still occur big slopes in the middle of "streets".

With the new missions, i decided to replace the old generated maps, with these, that are more interesting, as well as take "swamp" and "crossroads" back into the rotation for "Patrol" missions. Here's a shot from one of the new maps: 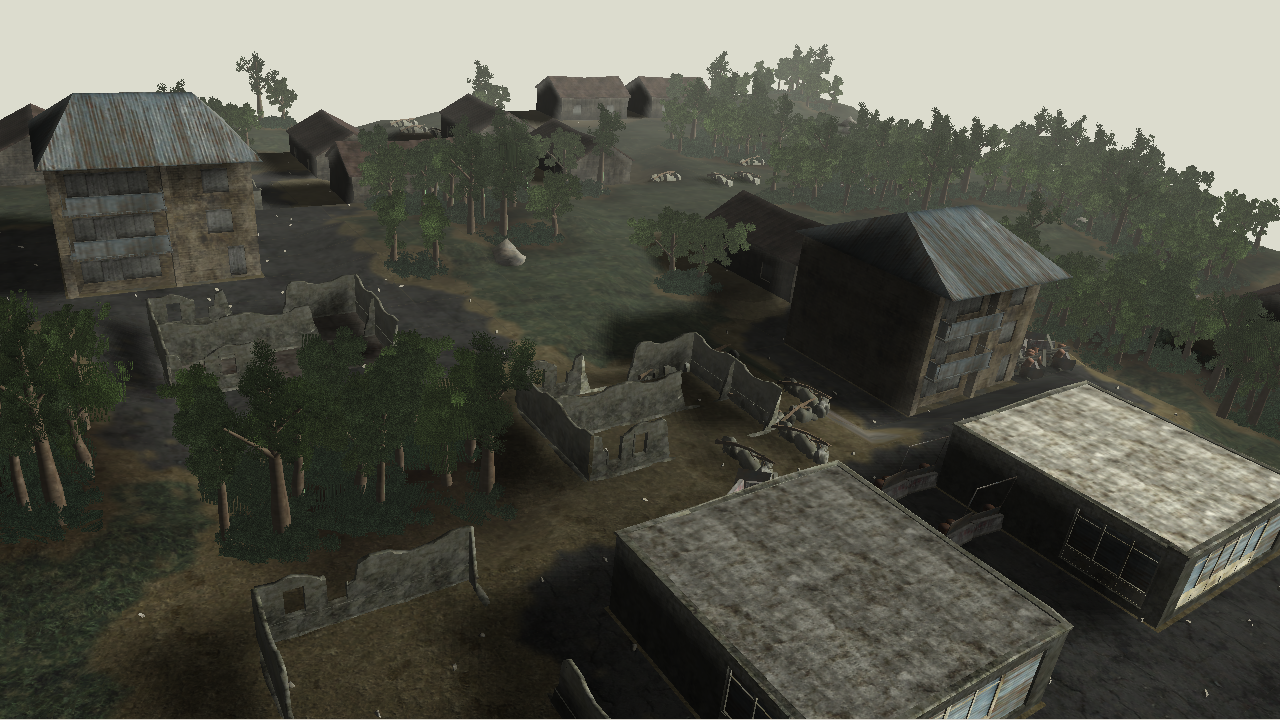 A shader bug, vLightDir not being consistent across the shaders.

I'd also like to remind you of the "View" function. Pressing "V" will show you what the selected squad can see, and if they can fire at what they see. Green representing tiles that are possible to attack, and the lightness of the tile shows how well they see it (or rather, how difficult it is to spot an enemy in it). Example: 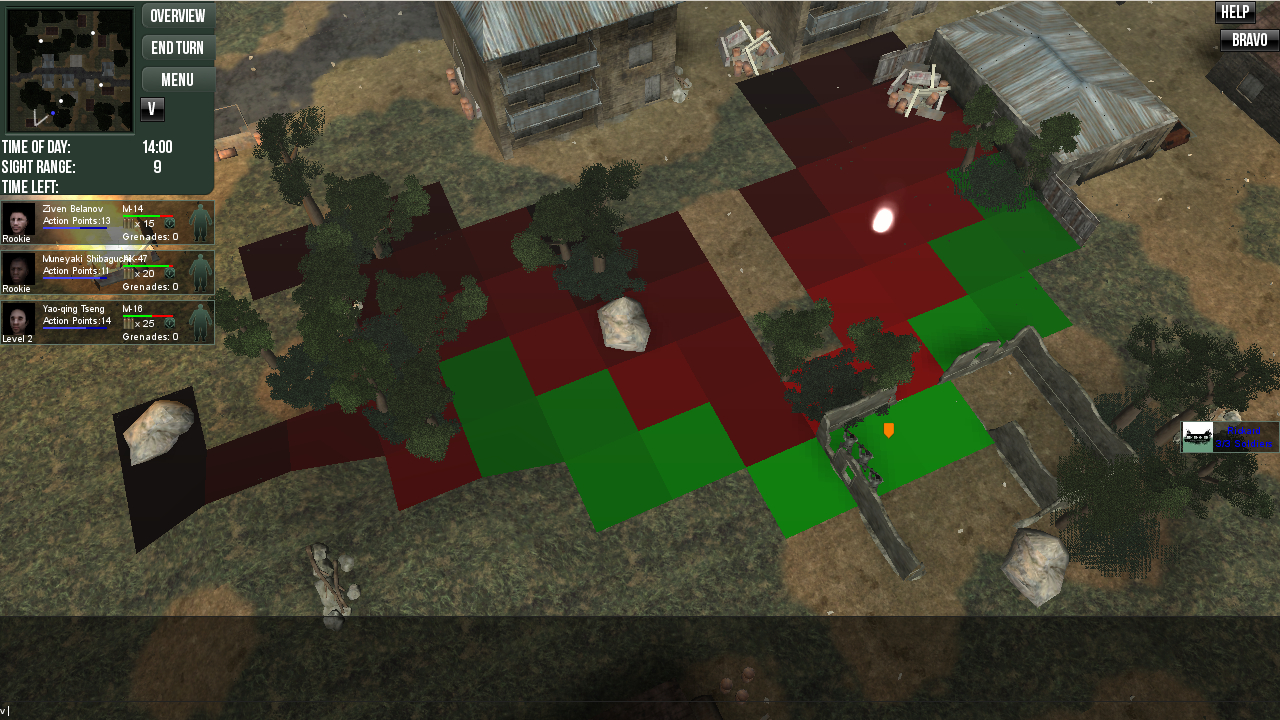 A fresh update has just been uploaded to the server. Lately there haven't been many new features added, but it's been more of an effort to enhance what's...

Icons representing cover grade has been in fashion in games the last couple of years, so i decided to add a first version to Hostile Sector as well. In...

Hi. There’s no new features in this update (despite the season), but there’s however been quite a lot of maintenance and bug-fixing going on. Apart...

Hey, Not so many content updates in todays build, but still big news; First of all, the Hostile Sector server has been moved to Germany. Hopefully a more...

Such a shame that this is dead, looks so promising

I downloaded this game, registered and tried to login but it dosent do anything. It just stays at the login area withought saying anything or doing anything. is it a bug or something?

It could be a bug. Admittedly, the feedback in the login screen is abysmal (read non existant). Could you try again? If it doesn't work, i'll dig into it.

Why am I getting a Jagged Alliance vibe from this? My trigger/mouse finger likes this.

I am sooooo tracking this :3