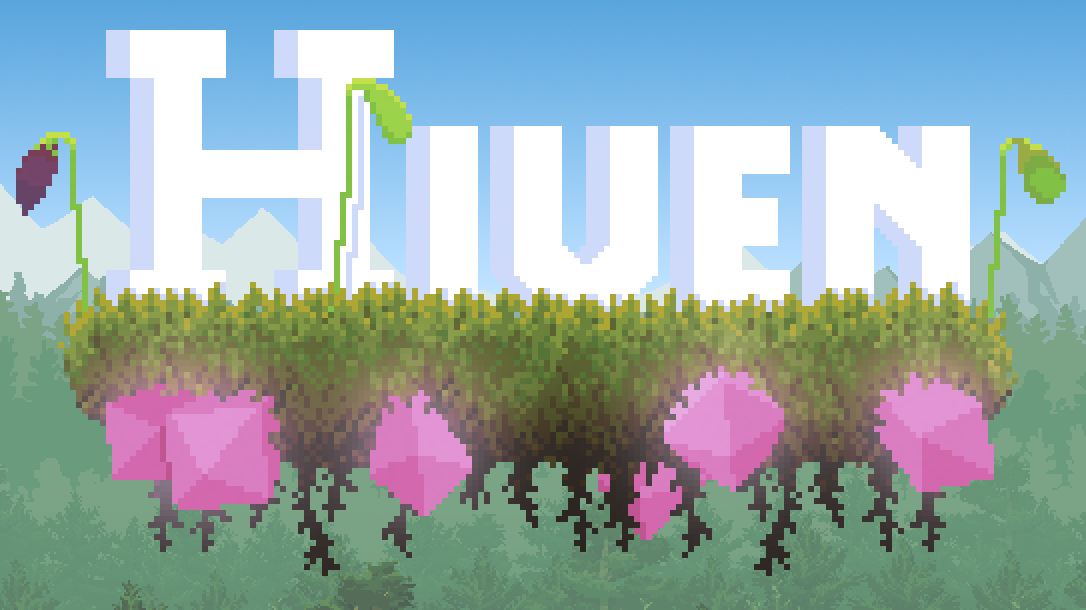 Welcome to Hiven, a 2D open world adventure game from a fresh genre defining perspective! You are playing as a tiny little creature called Hivenotus, who ended up on our very own earth, in a northern climate forest. Your task is to find out how you got there, what happened to the others, and most importantly to survive. However, survival isn't easy when you are size of a mere ant... 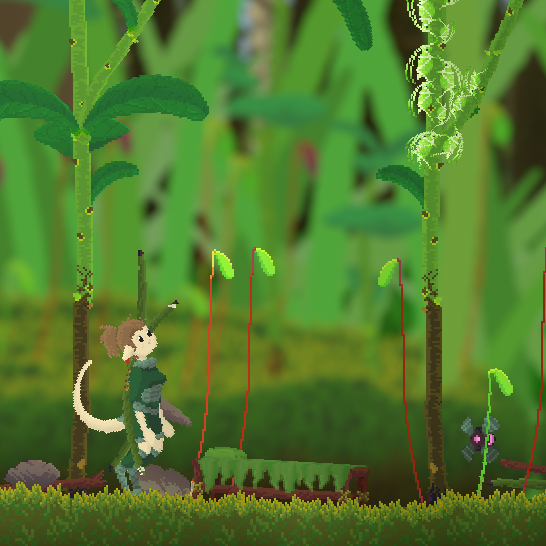 Taking inspiration from the games like Terraria, Starbound, Crea etc. Hiven is aiming to bring a whole lot of new to these type of games. Experience fascinating environments, diverse ecosystem with familiar and not so familiar creatures, some harmless, some extremely vicious. Thrive against the ever changing climate, where the raindrops could literally drown you, and the wind could toss you around like a leaf! Craft, build and explore to your heart's content, and immerse yourself in a epic scale adventure where you feel like an alien in a familiar world.

We have our own website, and additionally you can find us on most of the social medias, where we post updates on the game quite frequently;

Hello everyone, ohm_ena here writing another blog! We know, we know, it has been a good while since the last update. Sorry~! Not to worry, however, we have been developing Hiven all this time through the good and bad times, and let's be honest, there has been quite a bit of bad times in the year 2020. As a token of forgiveness, here's a super exclusive GIF showing off one of the new insects we have added (also one of my personal favourites), European Earwig:

That's cool, right? Consider earwig as a little brother to the centipede, so a fairly dangerous predator mostly on the move at nighttime. If an earwig is not enough to satisfy your creepy-crawlie -needs, how about a little pseudoscorpion?

Pseudoscorpion can be a little bit of a menace, and defends itself if needed, but they are slower than many other insects, and not as dangerous.

Two new insects out of the way, something we've been working on and ironing out is UI-Crafting-Cave -realated. We want the Hivenbot-companion to have an extensive database of the surroundings and recipies, something for the player to refer to, if they get stuck or are unsure of what to do. Just remember to scan everything to fill in the database! This way you discover new recipies, information about the local fauna and flora, and keep track of the tasks you should perform to further proceed into the game.

With recipies, you need crafting stations, like a crafting bench, and of course a smelter smelt those precious minerals you gather in the caves. You can create alloys, if you have materials, or just stick to the basic metals, and work them into armor, weapons etc.

We created smelting to be a little more involved of a process, instead of just clicking through the UI. You have to add the fuel manually, raise the temperature with the bellows, wait for the minerals to smelt before you can actually pour the molten liquid through the faucet into a mold to create bars. No worries, it isn't as complicated as it sounds. If it even sounds complicated. Does it? Fortunately there's some neat moving images to show off the UI and the process a little bit, have a gander:

"Oh, where do I get these ores from?", I hear no one ask, obviously, because everyone knows that in order to get ores in a video game, you have to go spelunking. And yes, that's exactly what you do, you dive into some dark mysterious caves, hope that nothing with more than six legs lurks in the darkness, and sink your newly crafted pickaxe into some invitingly nice looking ore nodes scattered everywhere underground. Just make sure to have the aforementioned pickaxe with you, as well as a backpack of sorts, so you can actually take what you find, with you. Here's a short clip of the process:

There's already a lot of things to dig underground, and even more planned, ranging from clay to the always glimmering gold to the mysterious crystal stuffs surrounded with weirdness!

Last thing(s) to showcase, are both aesthetically important, but also used for crafting and survival. Droplets! We have had rain and big rain drops finished for quite awhile now, but for immersion, we wanted the droplets accumulate on the specific plants, and the player to be able to collect/drink the droplets when needed. 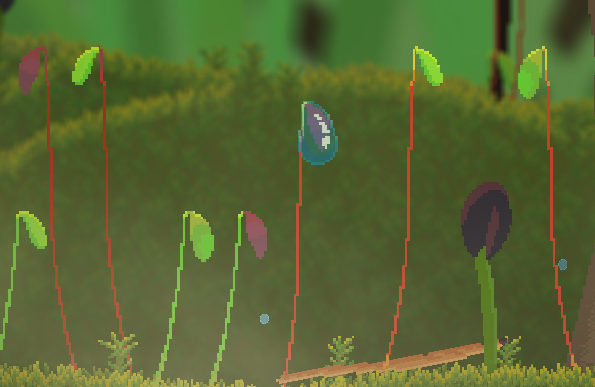 In addition, there's resin, which is a very useful adhesive, and used in numerous recipies throughout the game. Just gather it with a bucket you have made, and glue those parts together into a thingy, that you wanted to create. If that thingy has resin in it's recipe, of course. 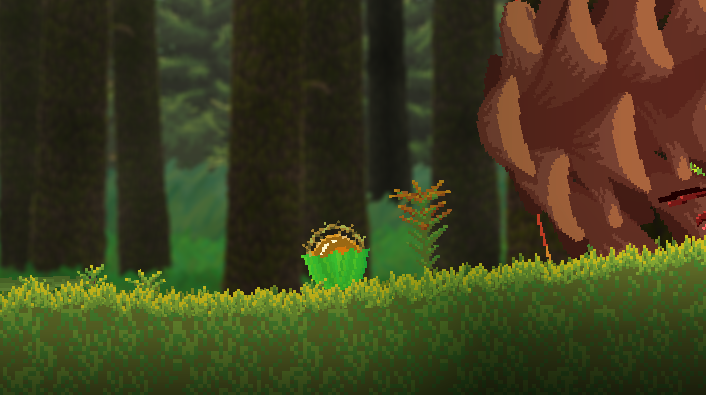 These are the biggest and most show-and-gif-friendly -things we have been working on. Behind the scenes there's is ever evolving and constant iterations of the AI, to make insects and creatures feel like living things, balancing them to not eat the player in one big gulp, but not to be too easy either. Interaction between entitites and the world take a lot of time to get right, and there's still loads of crafting related stuff to be worked on.

In the hopefully not so distant future, we are looking forward into adding the water part of the game, which obviously requires a ton of new stuff to be implemented, from creatures to visuals all the way to new mechanics. As for what to expect next, we hope to "finalize" the core gameplay loop to give the player an early game goal, and to create things we can show of in the later trailers. We are still aiming for Kickstarter, and want our game to be as presentable as possible to give a good taste of what Hiven would be, when it it a fully fledged, finished game.

Boy, that was a handful, wasn't it? Thank you for your time reading the blog, and as always:

See you on the next one!

P.S. I really didn't need to post scriptum this part, but I feel it's a fun way to thank the reader for reading/scrolling all the way here, so here's a little mock up of a gravel wasteland biome, which hosts one of the biggest spider in the game... More of that in the future!

More little updates neatly bundled up together! And moving pictures as well!

While waiting for the next dev vlog, which should be here very soon due to the big updates we're working on, here's a brief sneakpeek what to expect!

Our first dev vlog is up, and there's a big amount of information about our game, Hiven. Take a look of the core gameplay, assets so far and what's being...

No worries, as you might've noticed, we're very active on Twitter! And we just posted a tiny update dev diary here as well.

looks like this game gonna be a really good game!!

Big thanks, we're working our hardest to make it so!

Thank you so much for your kind words!