Travel through a beautiful, fictional rendition of the 16th century of Feudal Japan. Choose between four types of warriors as you learn to master intuitive, directionally-driven swordplay while also choosing unique abilities to ensure victory over your foes. Join your friends in an immersive multiplayer campaign across Japan in pursuit of either preserving the peace and honor of the Emperor or bringing on chaos and death by playing across four different game modes with different objectives and strategies. Whether you prefer the blade wielding Kenshi or Naginata Samurai, the range and precision of the Samurai Archer, or the deceptive Ninja, the options are vast and the battles fierce.

WE ARE NOW FREE TO PLAY

We are now officially a F2P title. We look forward to this next chapter of our long decade+ journey. We hope this allows more gamers like you to see what we've put into our game, for free and have an easier decision to make to stick around, join our community and help us grow the game more.

We invite/encourage all players to join our Discord at Discord.gg 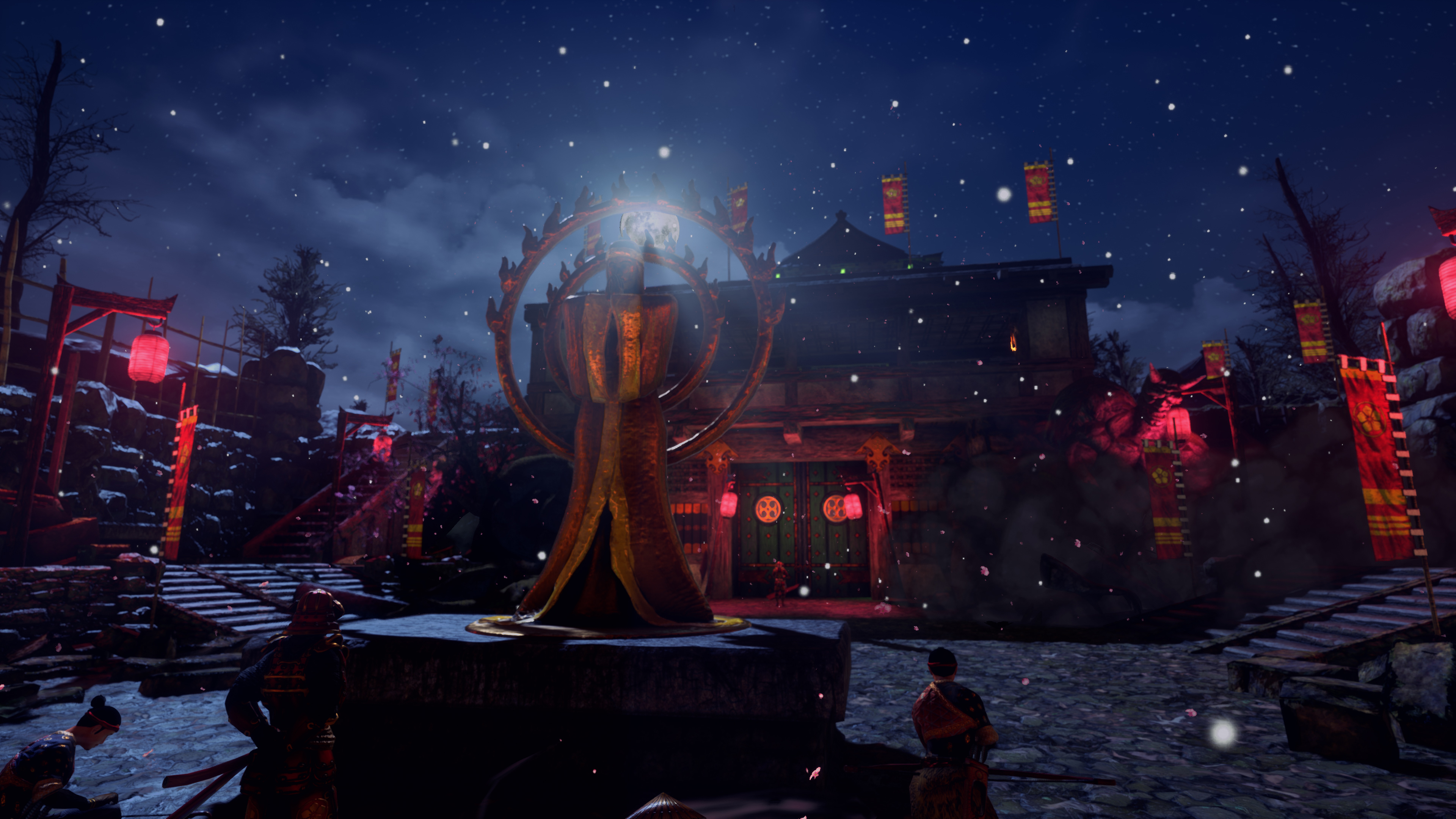 For this patch we wanted to focus on a few important areas: Adding more content to the item store, taking the three largest areas of feedback on the game: 1) dEaD GaMe (why we are going F2P to let anyone play any time); 2) "Needs more Impact"; 3) "Game is clunky in spots".

New Content- Unicorn & Kintsukuroi Sets - All helmets, hats, masks, hair are equippable on both classes. All items in these sets have a different version for Hanako & Yamai (to help with recognizing which team is which). 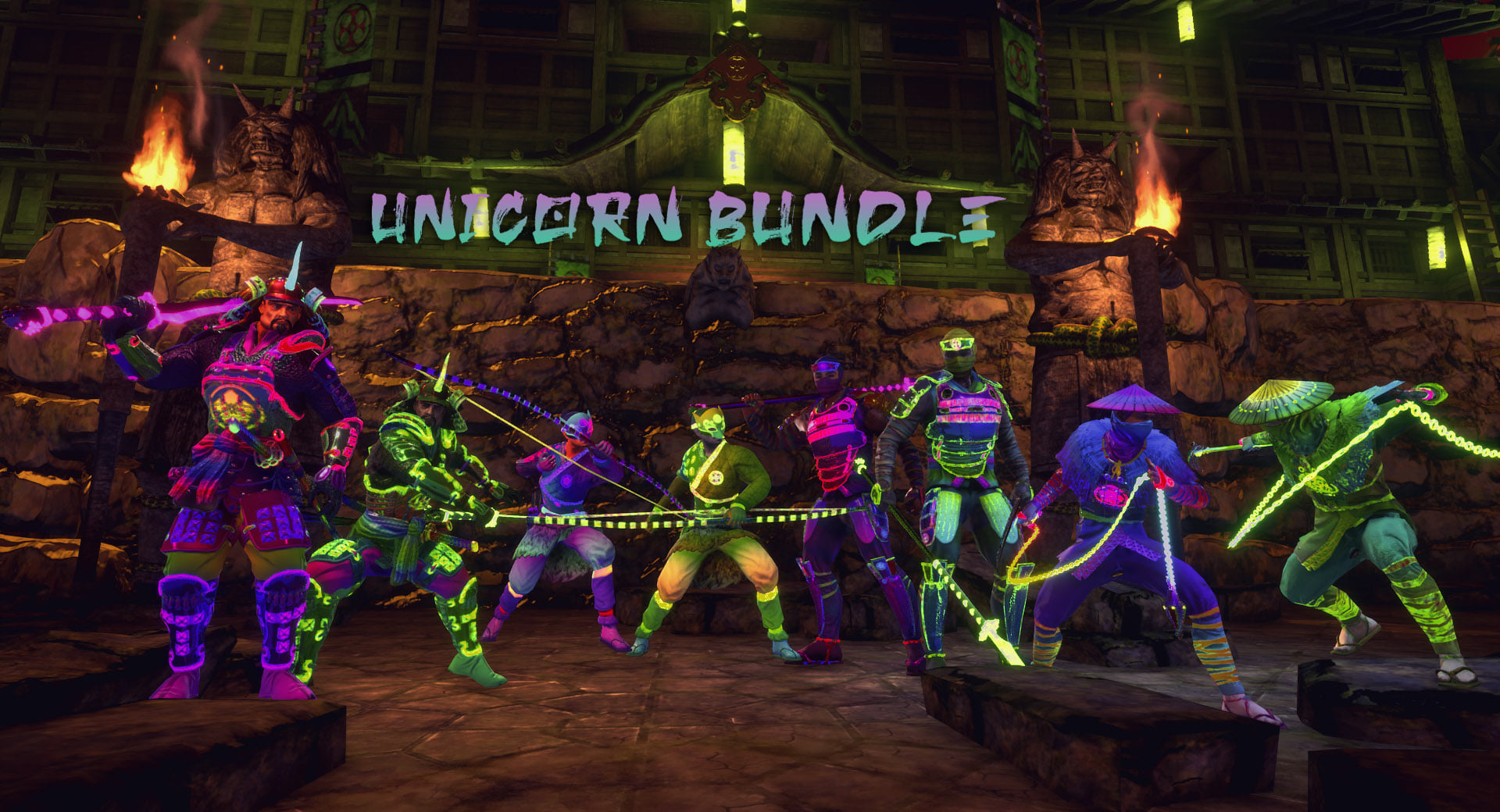 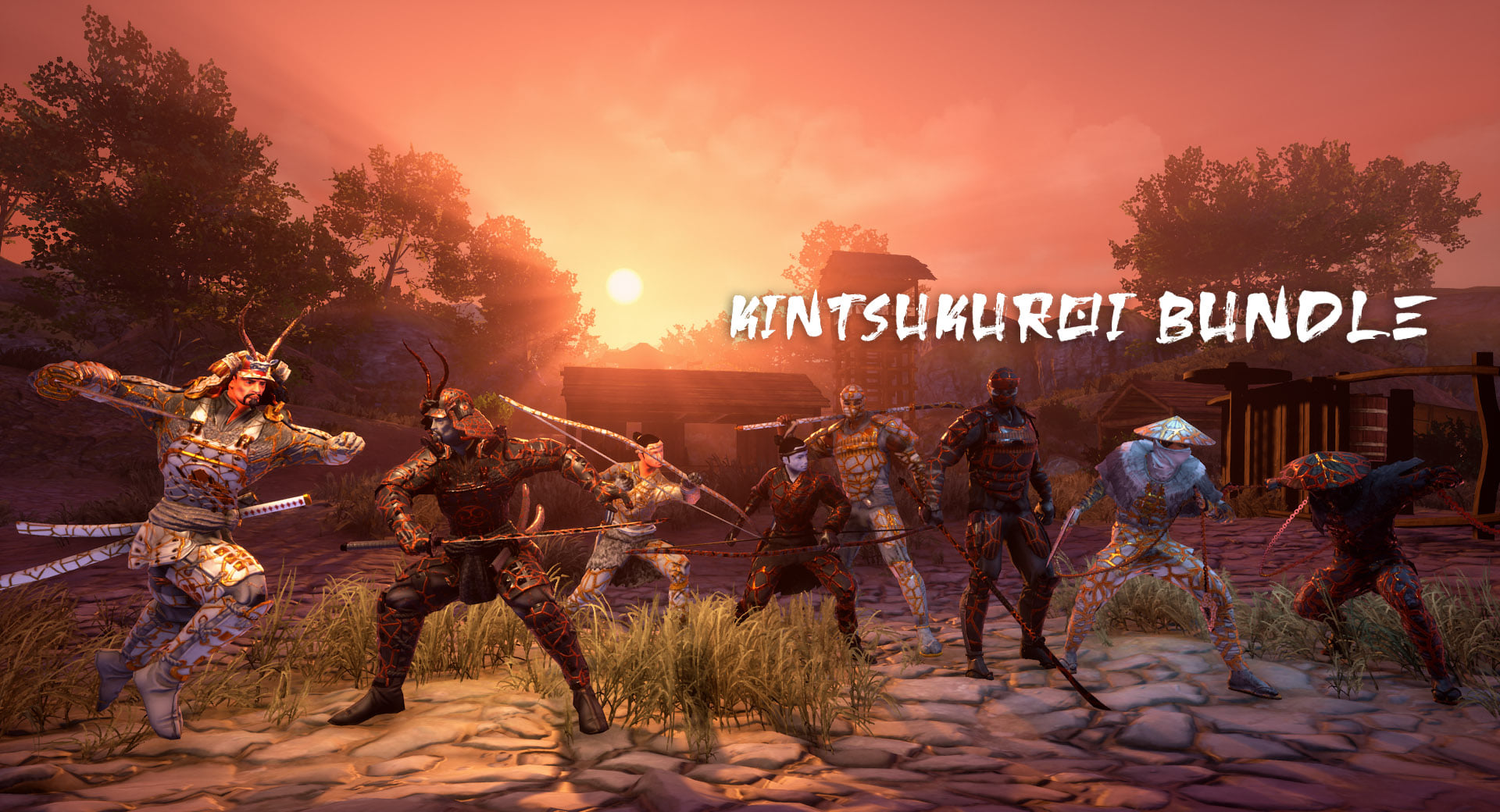 - Major bug fixes/crash fixes for server stability.
- Major bug fix for "hit reactions" causing rubber banding/general clunkiness. We believe this was responsible for most of the game's clunky "feel" at times.
- Major localization fixes for missing text in various menus (custom game and killstreaks).
- Other minor bug fixes in other areas of the game.

- Samurai Royale - We will start public testing of our Battle Royale mode (24 players) starting after the holidays in early 2022.
- Challenges/unlocks - Depending on how the playerbase grows, we will begin systems to unlock items based on daily/weeklies and other in-game challenges.
- AI improvements
- New classes and map (for Samurai Royale)

Thank you for all of your support. At this stage, we're about a 4 person team working on this after our jobs and we will do our best to keep the game updated and address issues, but please be patient with us as we manage what comes next. Most bugs can only be fixed by one of our devs and requires investigation. We will always do our best to prioritize and make our game the best it can be.

Game as a tribute, Hanako: Honor & Blade, which started as a college project 14 years ago, is now fully released on Steam! Journey across Feudal Japan...

After nearly 14 years of development, +MPACT Games will finally release Hanako: Honor & Blade to Steam - graduating from 4 years of Early Access on September...

Of course, feel free to join our Discord: Discord.gg

There wasnt an mount and blade mod with the same name?

Not sure. When we did title research last year when we were re-branding the game nothing came up anywhere with the exactly title or name. We had about 5 final candidates and the team voted on this one.

Definitely still alive. We'll likely be looking at a late 2016 for closed alpha/beta. Looking into getting some funding to speed things up. :D Thank you.

We will not rest until it is done.

Saw this on the UE Stream. Looks really promising Guys!