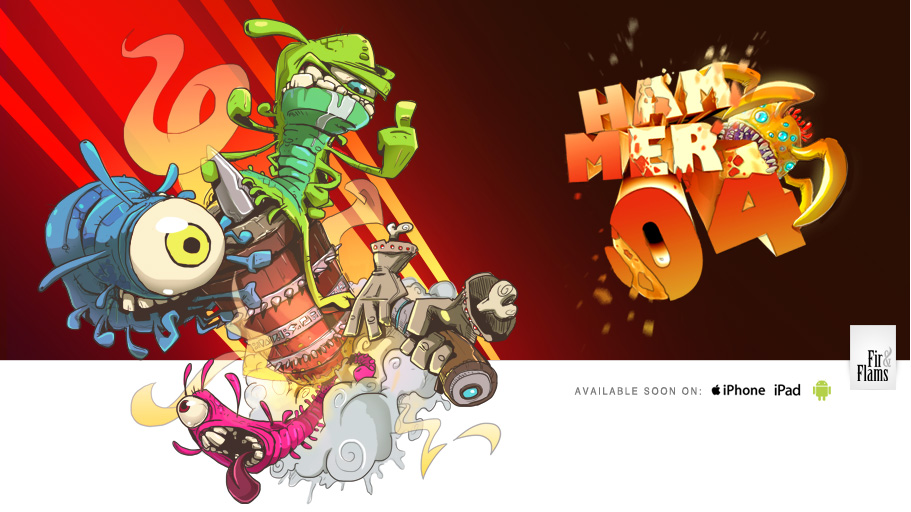 HAMMER04 is going to be our first released game, so it's a big thing for us. We are very excited now and probably with each next released title we'll become more lazy and frustrated so, RIGHT NOW, BEFORE IT HAPPENS, what you can expect is:

✔ unique game design
✔ stunning presentation
✔ awesome, addictive (we hope so!) gameplay
✔ approachable for younger gamers, yet challenging for pros
☐ your crush will ❤ you more when you play it

Importanto notice: don't be confused - there were no other "HAMMER" games before "HAMMER04". You din't miss on anything. The idea behind such title is no secret - it's just that we read it like "Hammer of Thor" ("HAMMER04" - Hammer-oh-four). And yeah, we speak with, like, russian accents. 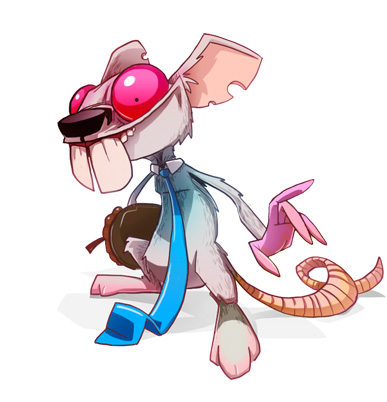 
Name's Cheddar. A CorpoRat. After winning annual "Corporate Rat Race Championship" in 1978 he became RATher faMOUSE. And because he was the only contestant - judges officially called it a "tie" and handed him a nice blue tie to celebrate. At home. Alone.

Climbing up the ladder of success led him to a significant role in "Miami Mice" tv show (true fans already knew him from "Rug-Rats" cartoon back when he was still a fetus). Speaking of mice and rats - it is uncertain which one Cheddar is. He had one plastic surgery too many. But when you live in "Hole-in-a-wood" and have your own Mice|____| (MiceSpace) profile... you're doing it for the cheese, baby! 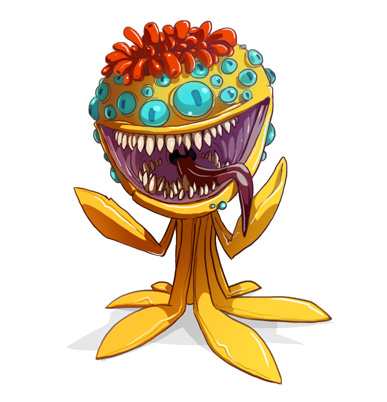 
Give a hug to Marl! It's that handsome fella over there! He's got no hips, so he's only choice in life was to become a hipster! Hips don't lie! That's sooo "off". If you're in trouble, he'll always offer you a helping second-hand.

Marl's not so perfect. His hair does not match the color of his eyes - not to mention it's not hair, but genitalia. Too much indie is never too much indie! 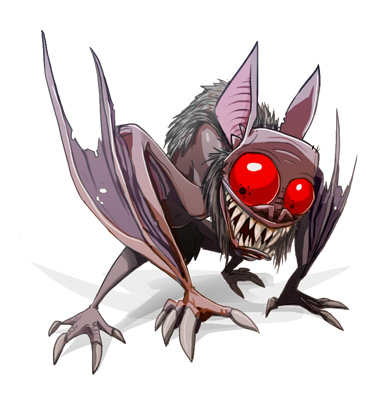 
Hey, it's Bruce, the vampire bat! After ending his professional "baseball bat" career, Bruce struggled with mosquito addiction (he was too depressed to hunt for true blood) and eventually hung himself in his bat-cave (for about a month). Just picture waking up after 30 days of easing nature while sleeping upside-down, not considering gravity. That's when Bruce realized that "life outside wasn't that bat".

After charging his bat-teries he decided to become a rockstar (he almost got eaten by a "Black Saab-bat" member on stage), actor (in adult C class horror movies like "Drag Queen: Dragula") or even a "Sunday Night Live's" comedian (classified as the worst "joker" ever).

But we prefer to call him by his "Bat-Mobile" gimmick. You know - bat, on a mobile phone, in our game? Huh.

Hi, guys! We would like to introduce you to the first characters from our "HAMMER04" game!

We won't let the goverments and corporations censor us!

A little riddle for creature lovers!

A little riddle for creature lovers! Can you guess what's shown in the picture?

The illustrations are awesome, but yea, definitely interested to hear more about the game itself.

thanks! and yea, we can't wait to show you the gameplay!

i love your work

Awesome, if only there were more details on what the game is actually about :P Tracking!

there will be soon!