Hadr is a short atmospheric game where you control a piece of flying fabric. Every single thing you can cover with your cloth, will disappear. Items, puzzles and story, they all have their place in Hadr. Are real things disappearing or just memories?

Restart - not a headless decision!

We have been working on Repeat for almost two years now (check out our first article: Restart, Repeat, Release).

It all started with a promising Ludum Dare prototype and then we restarted the entire development several times. The following text will cover both demos of the game and their relationship to the already mentioned restarts.

A year ago around this time of the year we finished our first Repeat Demo (2021), which was quite different from the current one. We were using relatively generic shapes (mostly crystal-like) and construction elements, which we used to fulfill our level design goals at the time. At the time of the release we had a set of visual elements, and we knew where we were heading in terms of gameplay, narrative and technology. We had our main character in Bubble Suit, which was a huge improvement over the Ludum Dare prototype. The whole thing was simply quite promising.

Sooo… why was it not possible to continue in this direction?

There were quite a few reasons and it was of course the release of the demo that revealed them to us. It was the whole identity of the game as well as the puzzles, which proved to be limiting. We could imagine a nice demo in this style, but the entire game would be a much bigger challenge, both for us and the players. We already had a blockout of multiple levels but there was not really any deeper connection between them.

We decided to start over since we could afford it as a team. The core gameplay elements and other core aspects (camera, controls) were still tempting for us. Obviously the core looping mechanic blurring lines between the player and the environment remained as well. There was also no reason to ditch the sci-fi theme.

We had our foundation to build upon and our new start focused mainly on the overall game setting which of course affected the gameplay and aesthetics as a result. 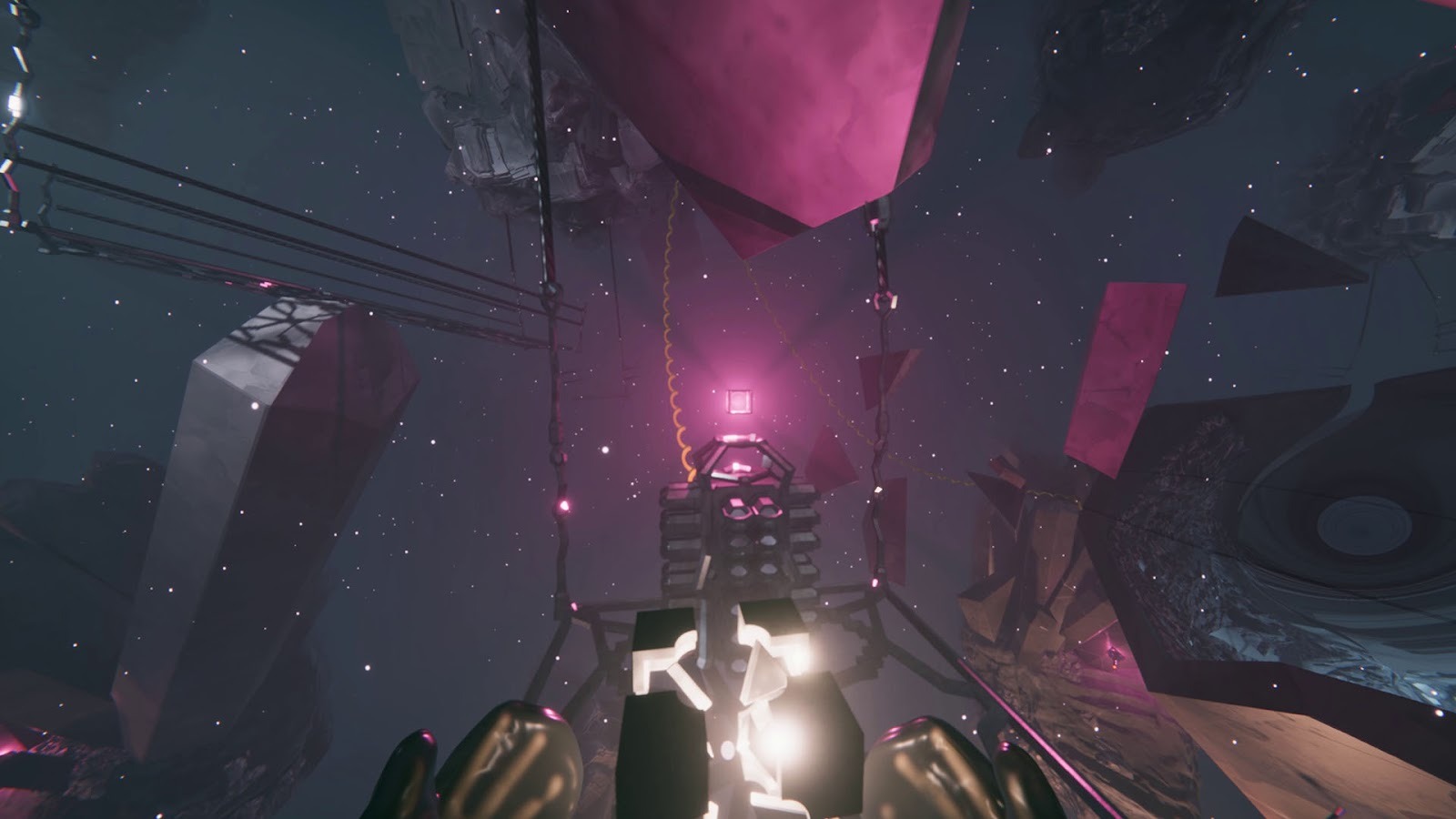 Starting all over again had a whole series of parallels. Everything was connected to everything. We started with the game structure. We clamped the scope to nine discrete levels, divided into three consecutive threes. Also a decision was made that the third would alway be different from the previous two (especially in terms of the game mechanics used). After that it was not that hard to solve the issues with continuity and decide what gameplay, spatial and aesthetic elements we want to use and where. 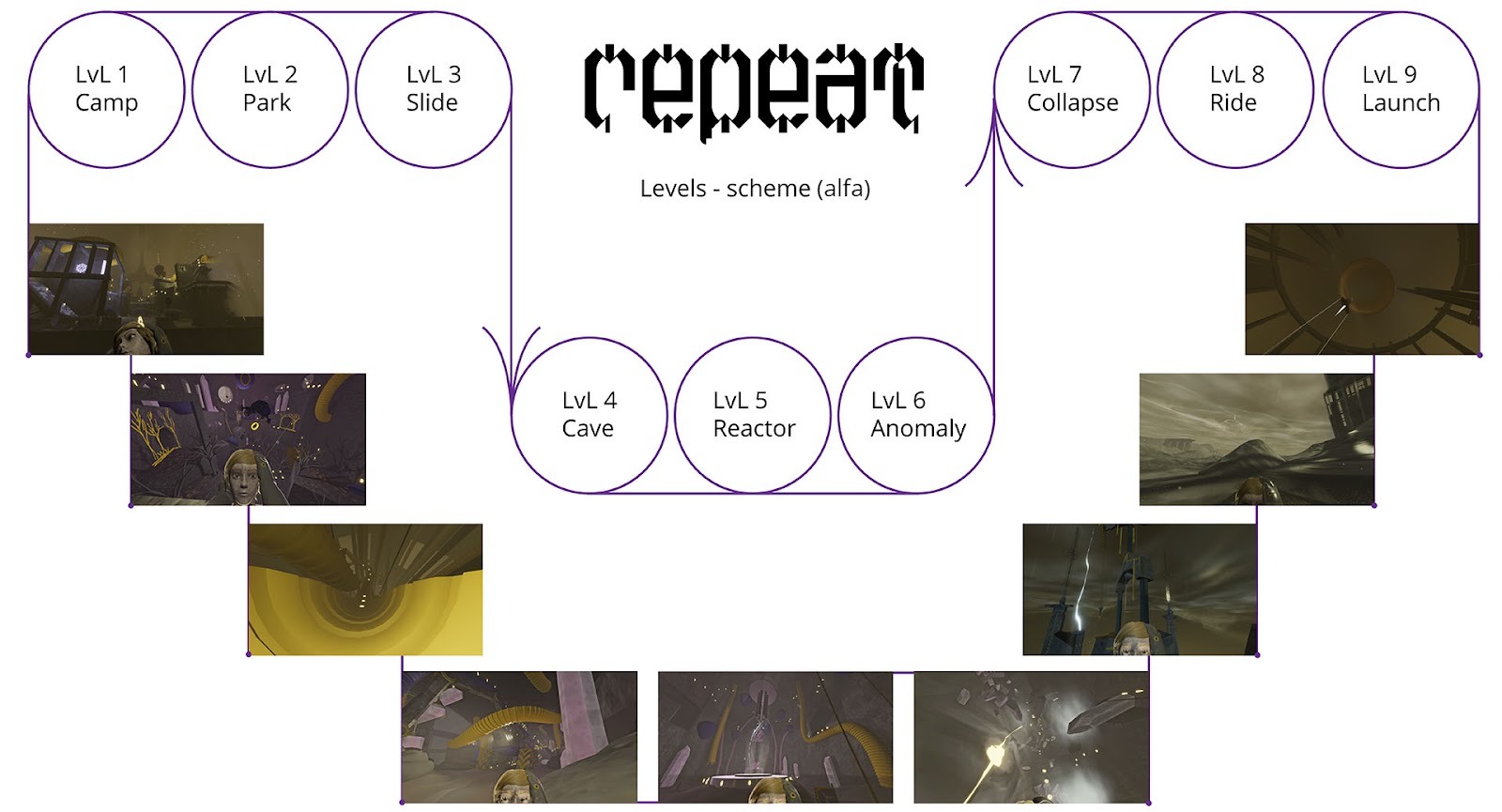 We began to combine the original idea of the main character's Bubble suit with much more significant movement options. Thus, we opened the topic of platforming and generally more daring games with gravity. All this was reflected in the design of the game environment and vice versa. 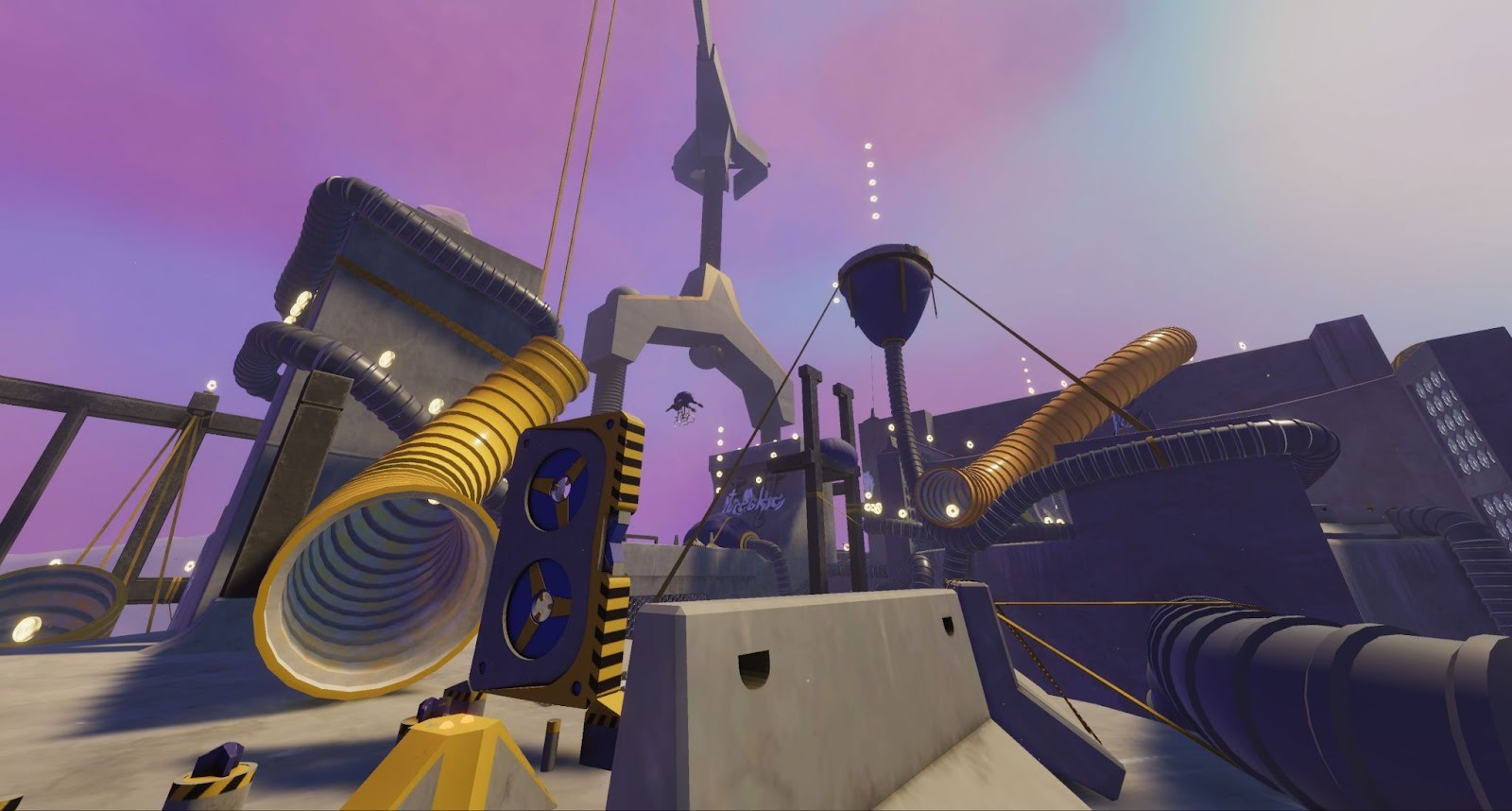 Next up was the architecture of the game environment. We went for a combination of brutalism and skate parks, combining interiors as well as exteriors. The game turned into a living playground in the middle of a despotic sci-fi world. We designed a huge amount of original assets and started modeling them. There are multiple construction machines, inflating tents and the concrete structures themselves.

In general, we began to consume ridiculous amounts of concrete! Here and there you can see the crystal peaking out, but it is concrete and pipes have the initiative. The concrete also offered us a new way to implement and work with 2D graphics in the game. Not only for textures, but also graffiti, that we now use for navigation and stylized narrative throughout the game. 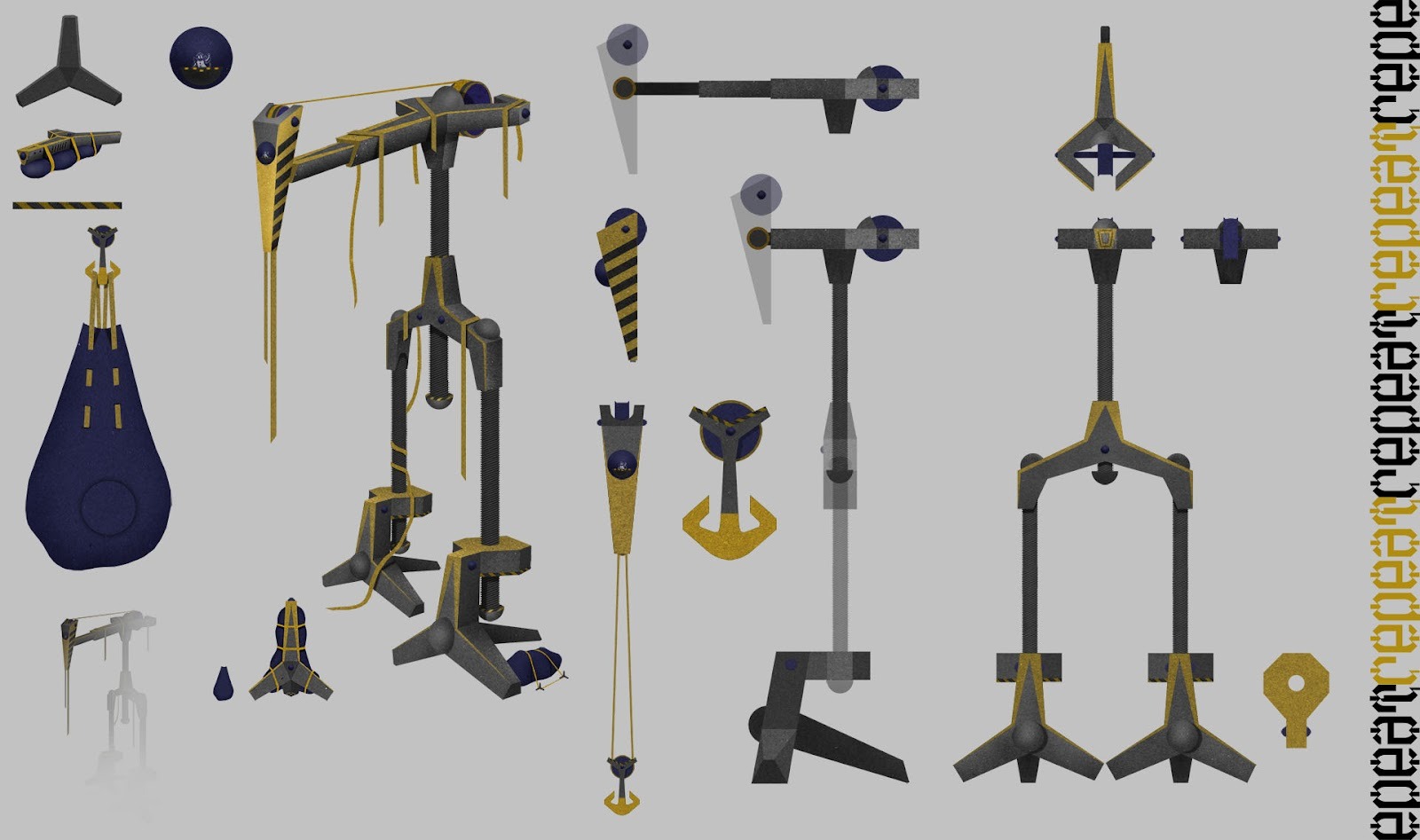 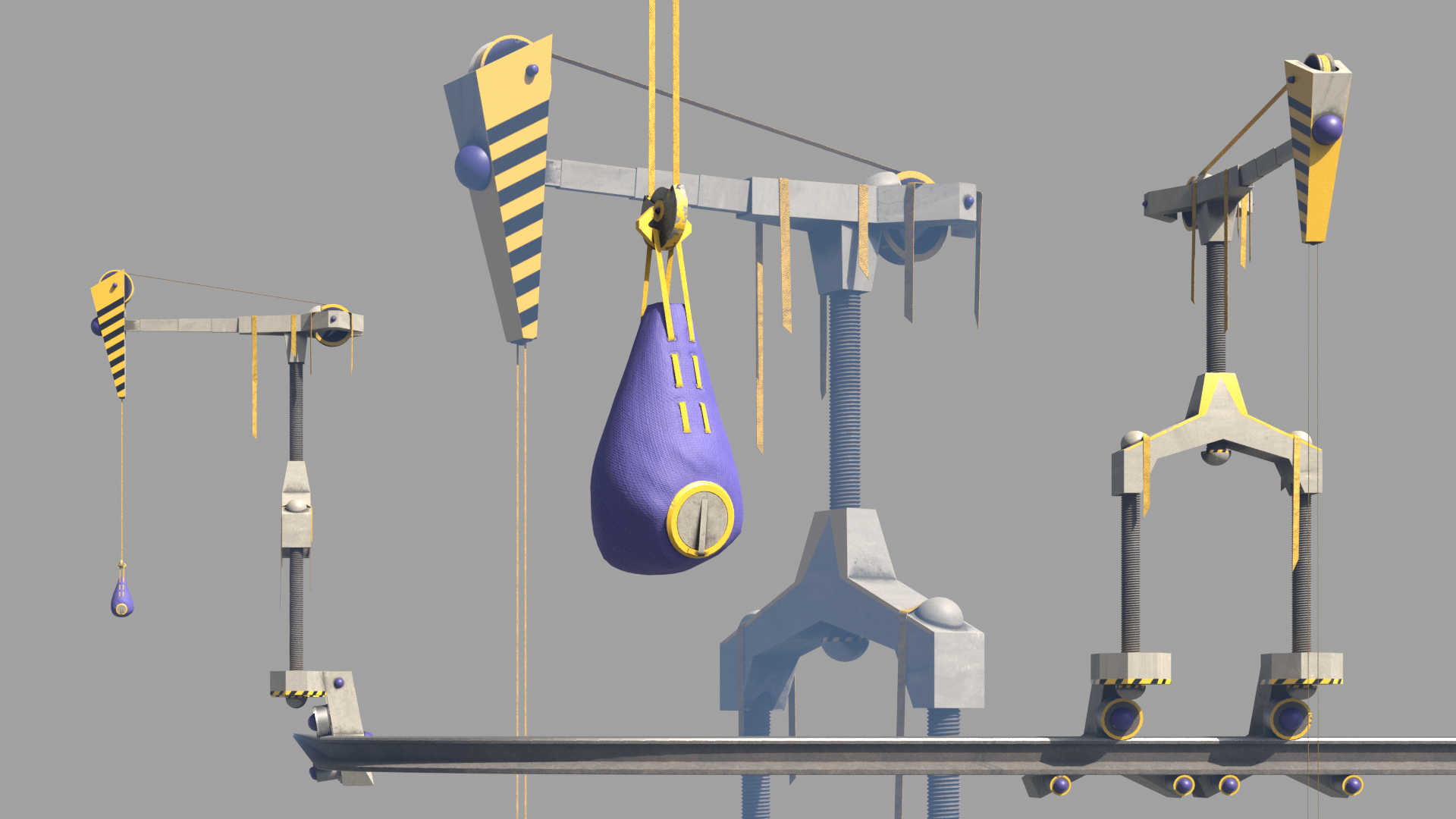 You might have already noticed our new big change: the head of the dullahan Freckle, that we carry around. Through her we control the repetition of space and other interaction in the environment. For example, basketball. In the previous versions, these tasks were carried out by a “magical box”, which had to go, since we were unable to connect it to the core of the game in a meaningful manner.

The newfound found mystique of the head, looking not only for its body, is way more interesting. The head also brought a specific and a whole personality. This gameplay and narrative element opened new possibilities in terms of sound and the overall atmosphere. 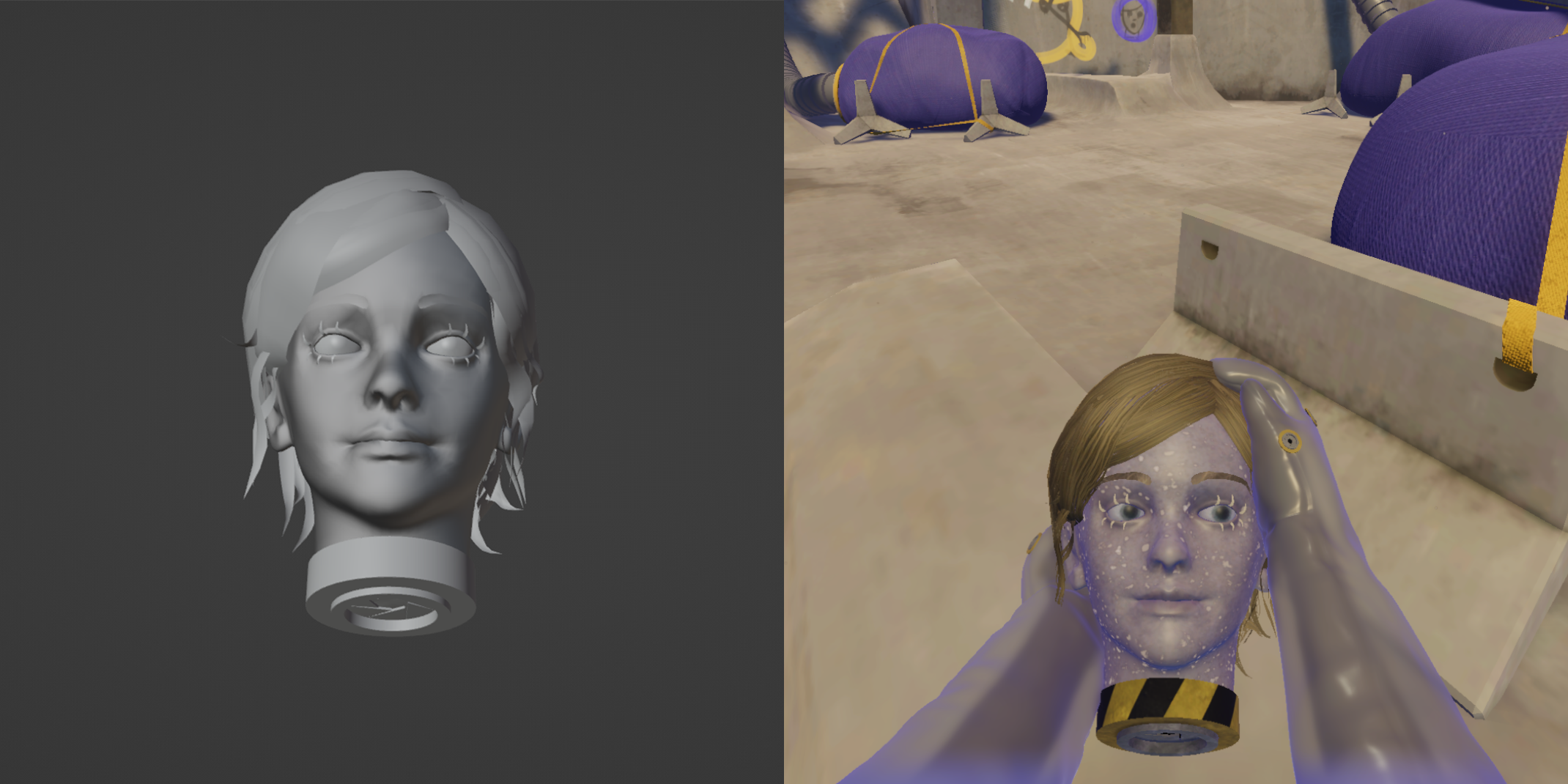 Restart always has been and will be a lot of work, but this was the last one! There are magical things happening at all levels of development, and we will be happy to devote more articles to them. There will be articles about rendering, sound, styling and of couse about level design!

If you enjoyed our article, you can find Repeat on new dedicated twitter page: @RepeatFreckle

And don't forget to try Repeat Demo on our Steam Page. 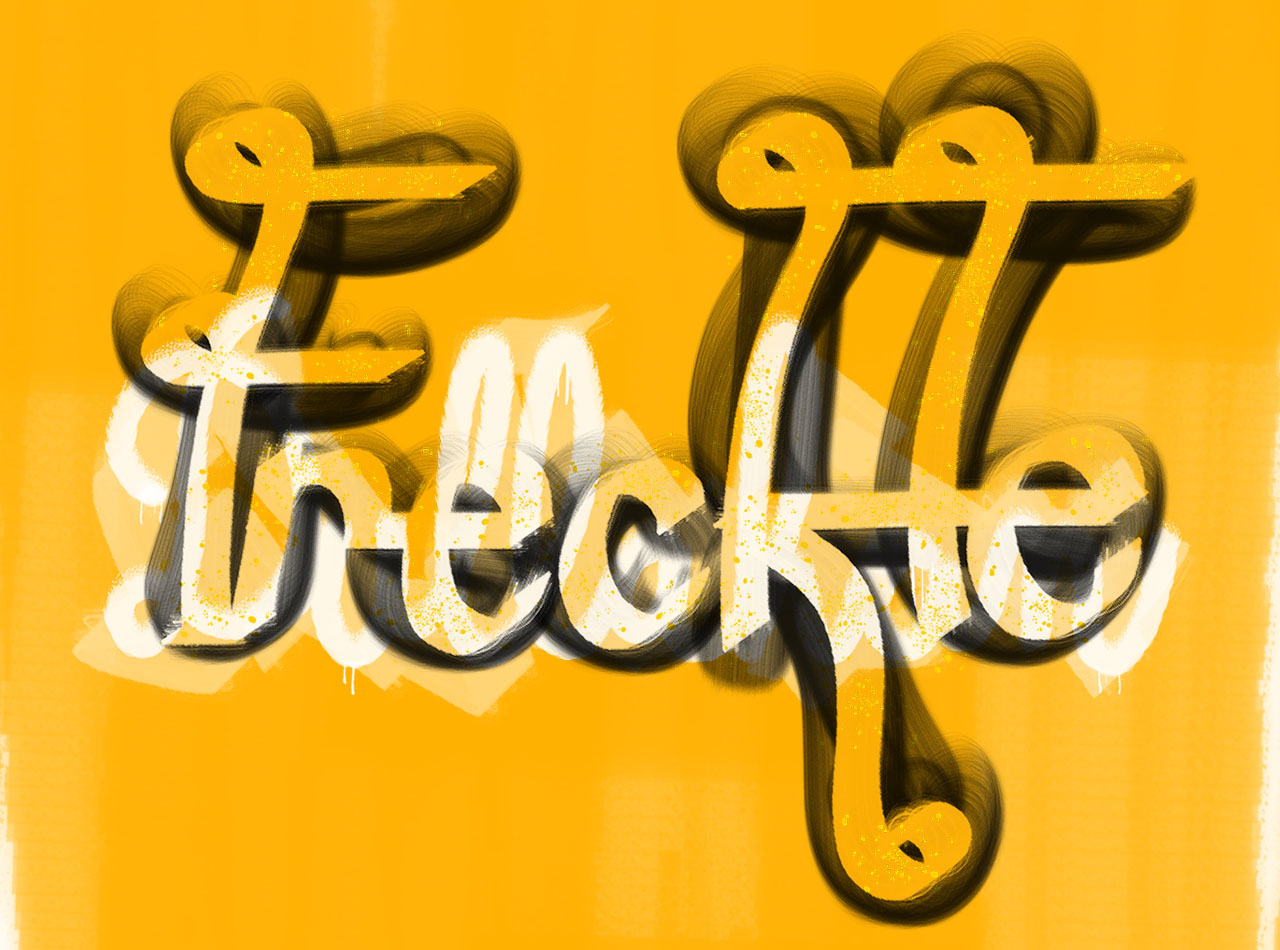 Hello, in this short article I wanted to look back at the reasons why I started development of Hadr in the first place, and how all that worked out. Also...

Hey everyone! Hadr is out on Steam and itch.io for all of you to play!

Hadr : how soundtrack was made

A short article about how I mixed down the infinite interactive music of Hadr into a classic song format album.

A short update about the development of my atmospheric game Hadr. The music is finally finished!

A short demo of a upcoming game Hadr: Hadr is a short atmospheric game where you control a piece of flying fabric. Every single thing you can cover with...

I seriously can't wait to get the full version.