GravityBomb is a strategy/puzzle game that pits you against opponents with the objective to destroy any hostile vessels that get in your way. To accomplish that goal, you have to aim your gravity bombs with just the right angle and power to snake your way through a gauntlet of interstellar objects. It is currently being developed by Protodragon Software for release on the PC via digital distribution. GravityBomb is being developed with the XNA Framework and may see future releases on the 360 or mobile platforms.

AI: The opponents of GravityBomb

Hello again, Dragonsdoom here to give you some insight into the mind of the machine. Today I'm going to talk about the AI of GravityBomb and how it pretends to think. I'll be mentioning a couple programming concepts but don't get scared, I have pictures too.

I spent a week recently on the latest version of the artificial intelligence. In the early stages of my game the AI shot randomly. This was dumb and I replaced it with a more convincing set of code that told the AI to shoot at the edge of a planet's gravitational field. More specifically, it shot at the edge of the center-most planet's gravitational field. It worked perfectly! At least, it worked perfectly on level one: Pictured: Level 1 with the addition of asteroids.

Unfortunately, it didn't really work on later levels or levels with strange planet types. I can't really ship an AI that only works on the first level, so I talked to a few people and researched some solutions. I arrived at a solution in three parts:

Here are a couple of screenshots from along the way: 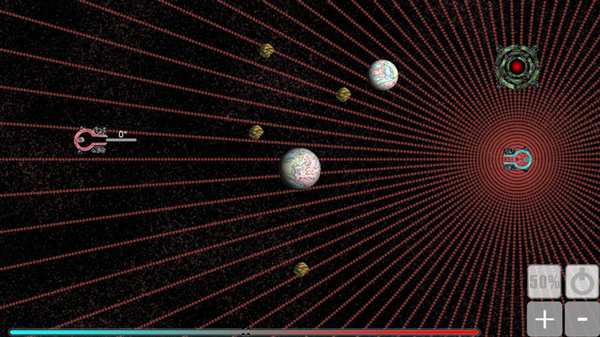 Pictured: An early test of the firing system. Rather pretty in its way. 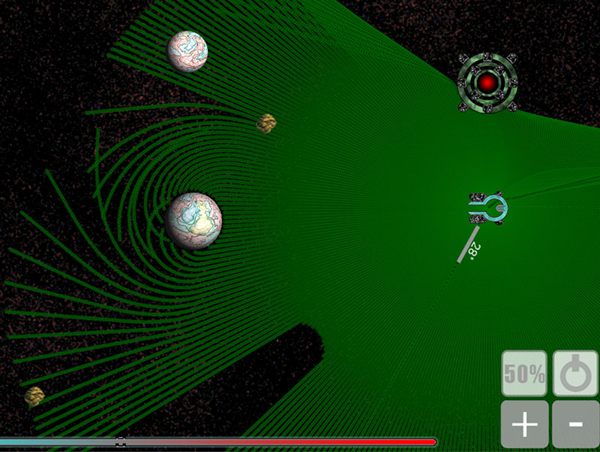 Of course I had to hide everything behind the scenes for clarity, but the end result is very good. 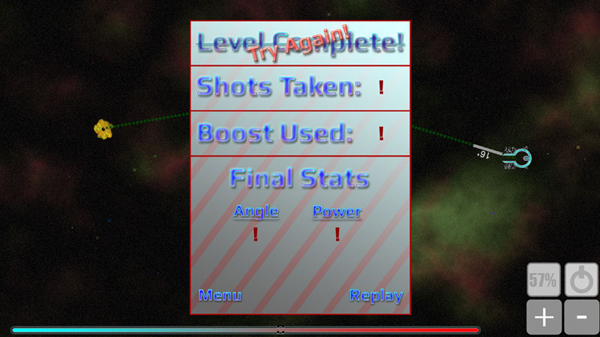 So the AI is much better now, even at extremely challenging levels. It shouldn't one-shot snipe you out like you're playing Battlefield 3 on a pro clan-server, but it should serve a fine challenge. A few bonus stages seriously ramp up the difficulty though; I'll leave it for you to discover when the game comes out.

Meet the team! Dragonsdoom explains who works on GravityBomb and how they distribute the developer hats.

I never expected that my game was going to warrant a page on the Indie DB, much less a release! In this post I will introduce GravityBomb and run down...

I am working on a sequel to my game, called "Mammoth Gravity Battles" Indiedb.com which will push this type of game even further - its got 3D gravity, moving destructible planets, multiple weapons and a story mode.