Please let me know what you think in the comments and I hope you enjoy the pre-alpha!

Thanks for voting and helping Frag Time on it's quest to become the 2022 Indie of the Year. You are now in with a chance to score some free games. Help this game secure more votes by embedding the widget (or link) we have included below on your favorite sites.

The Road That Was Not Taken

This update changes a lot of things but mostly it has streamlined the gameplay while adding more depth to managing ammo. It also reinforces the player to use other weapons due to the changes made to ammo drops from enemies. The enemies themselves are also more predictable to track creating more opportunities for those sweet long distance rocket kills. 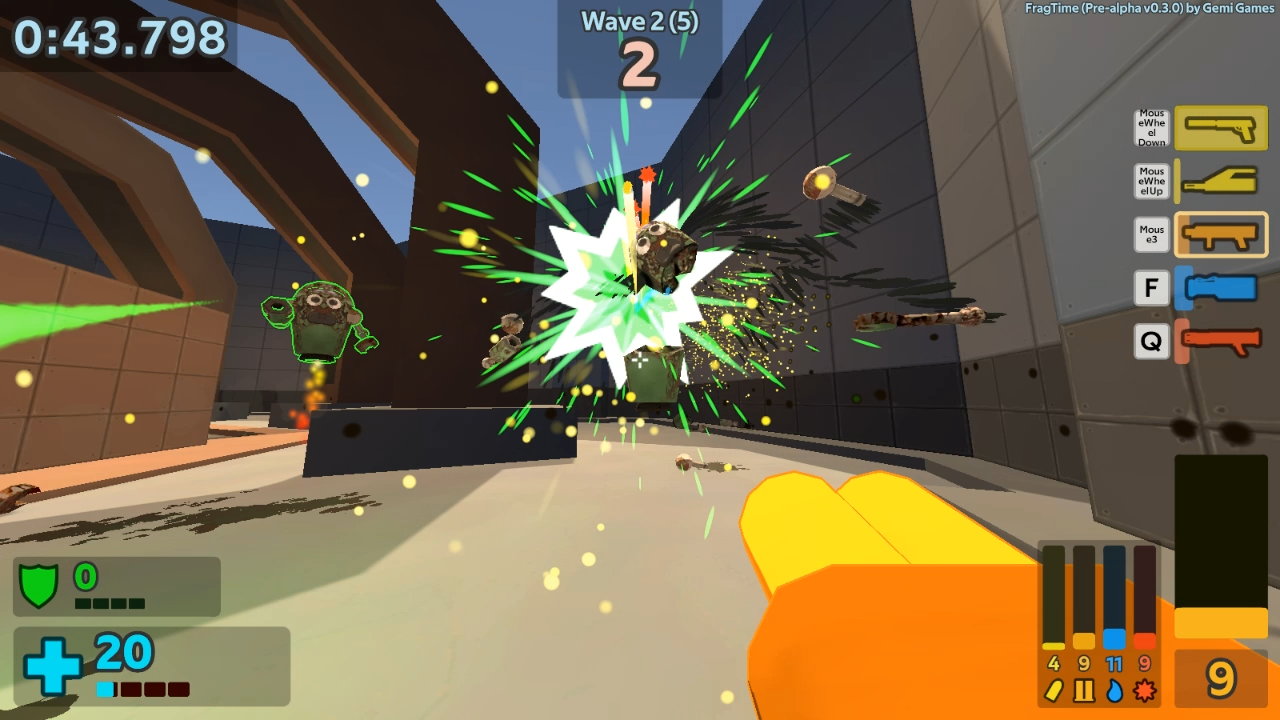 The problems with the duel colour system

Before version 0.3.0 the enemies were spawned in as either one of two colours. The player could swap between colours on command and this was combined with the rule that opposite colours cause 4x damage. 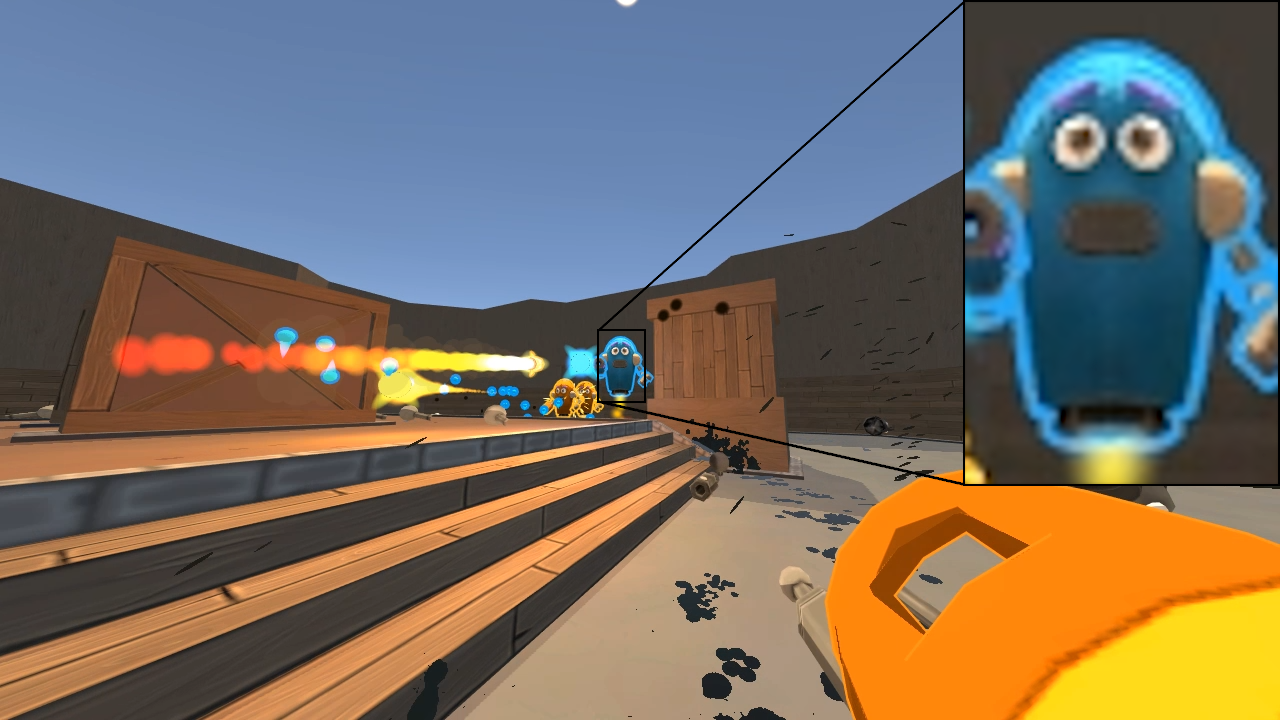 The previous version also only used two types of ammo shared across all the weapons and each weapon has a set cost for ammo per shot. The ammo pools reflected each of the two colours. Ultimately though, the shared ammo concept created dull gameplay where people would only use their favourite weapon and not much else. This lost that awesome split-second feeling of picking the right weapon for the right time.

I want FragTime to invoke those brilliant experiences I've had with custom levels for Doom 2 over the years infused with arguably one of the greatest movement systems in all of FPS history, what the leets call VQ3 physics or Quake 3: Arena movement.

Here's a snippet of the gameplay and you can download the pre-alpha here.

Thanks so much for reading and I hope you enjoy the game, Marios.

The Road That Was Not Taken First Person Shooter