A beautiful, challenging, and melodic twist to the popular Simon game

Four Tiles: A game of focus, memory, and melody

Our new game for the Google Play Store, Four Tiles, is a unique twist to the popular Simon game. With a deluge of uninteresting games pouring into the Play Store every day, Four Tiles is a breath of fresh air as it brings beautiful design and gameplay to lovers of mind games that involve focus and memory.

The concept evolved when the developer was waltzing in the park one fine day. He walked over the tiles on the path, carefully making sure he stepped exactly within its boundaries. Then he stopped and pondered... and quickly turned around. He realized that if he did not focus well enough, he could easily forget which tiles he stepped on. And to make it more challenging, if the tiles could change their locations, that would be even more confusing!

And thus Four Tiles was born. All the bees and the birds in the park rejoiced and the creation of the concept as the developer raced towards his trusty computer to develop his idea. 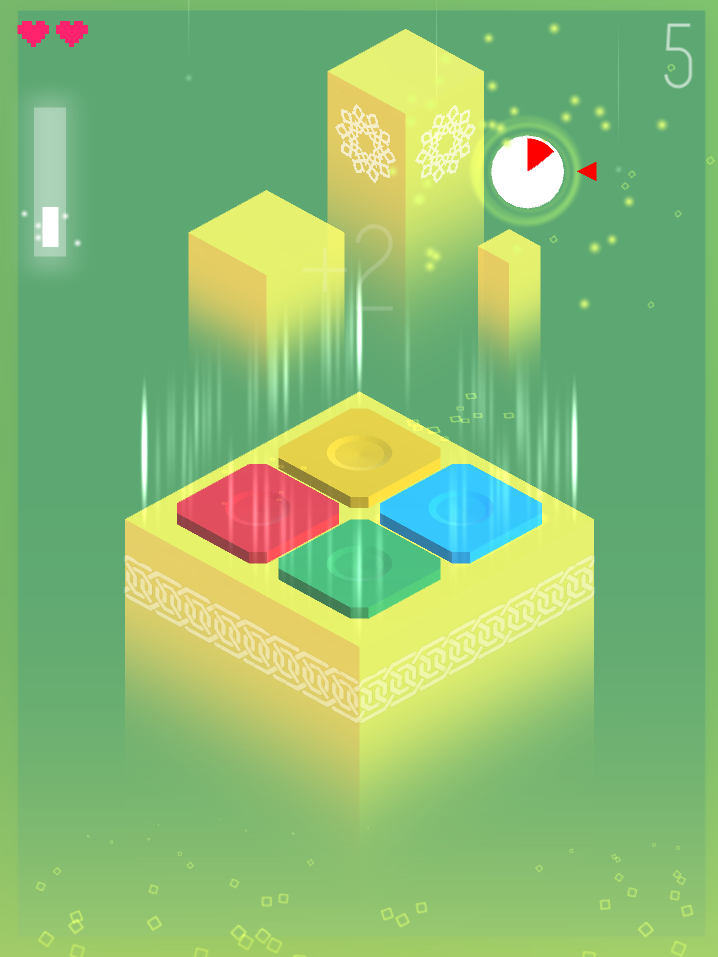 The initial idea was to create something simple yet beautiful that the user would truly enjoy. Mobile games don't really have to be that complicated, and we believe that we should deliver meaningful, clean, simple, and "useful" content in the hands of people. Four Tiles has been carefully designed to do the following:

Keeping that in mind, we set off to create the concept. Instead of simple 2D tiles, we opted for the isometric design, as you can see above, with the feeling of being present in an ethereal floating environment. The geometries are simple and allow the player to focus more on the tiles.

We added art inspired from the middle east, and would definitely be adding more beautiful art and environments in upcoming updates. The idea is to create an immersive experience for the player where they will be completely transformed through a captivating design and music. 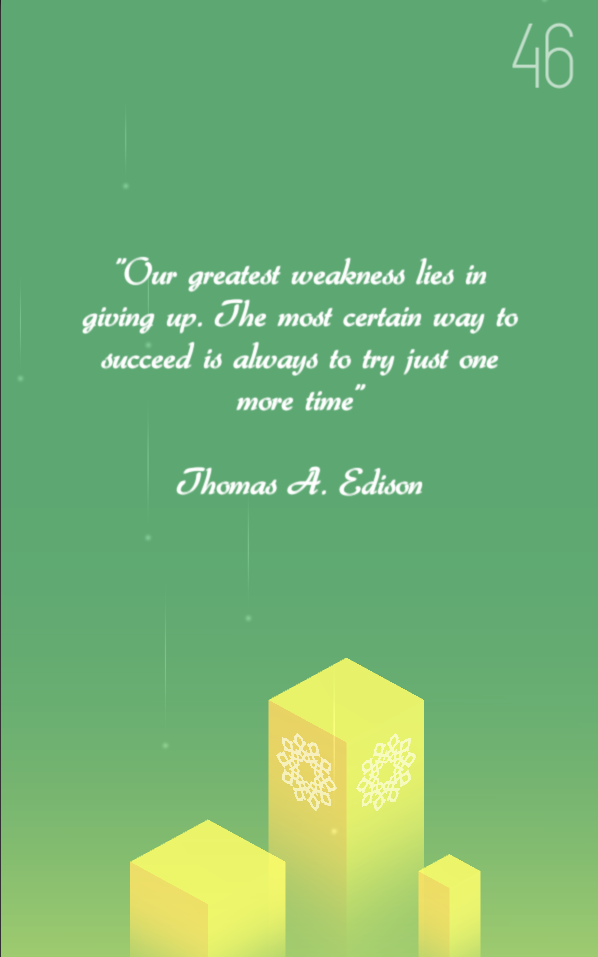 One of the main components of the game is music. And it's not just plain pre-recorded music, the player experiences little random melodies based on the sequence of tiles that is displayed. This gives an ever changing experience during the game.

In the current beta version of the game on the Play Store, the tiles create a beautiful piano like sound when their sequence is displayed. When it is the user's turn to tap the tiles, the sound changes to a soft muffled glockenspiel type melody for each tile.

Several musical scales have been made which are played randomly throughout the game. The scales have been carefully crafted to create a pleasant experience. More scales will be added in future updates to match the changing environments. 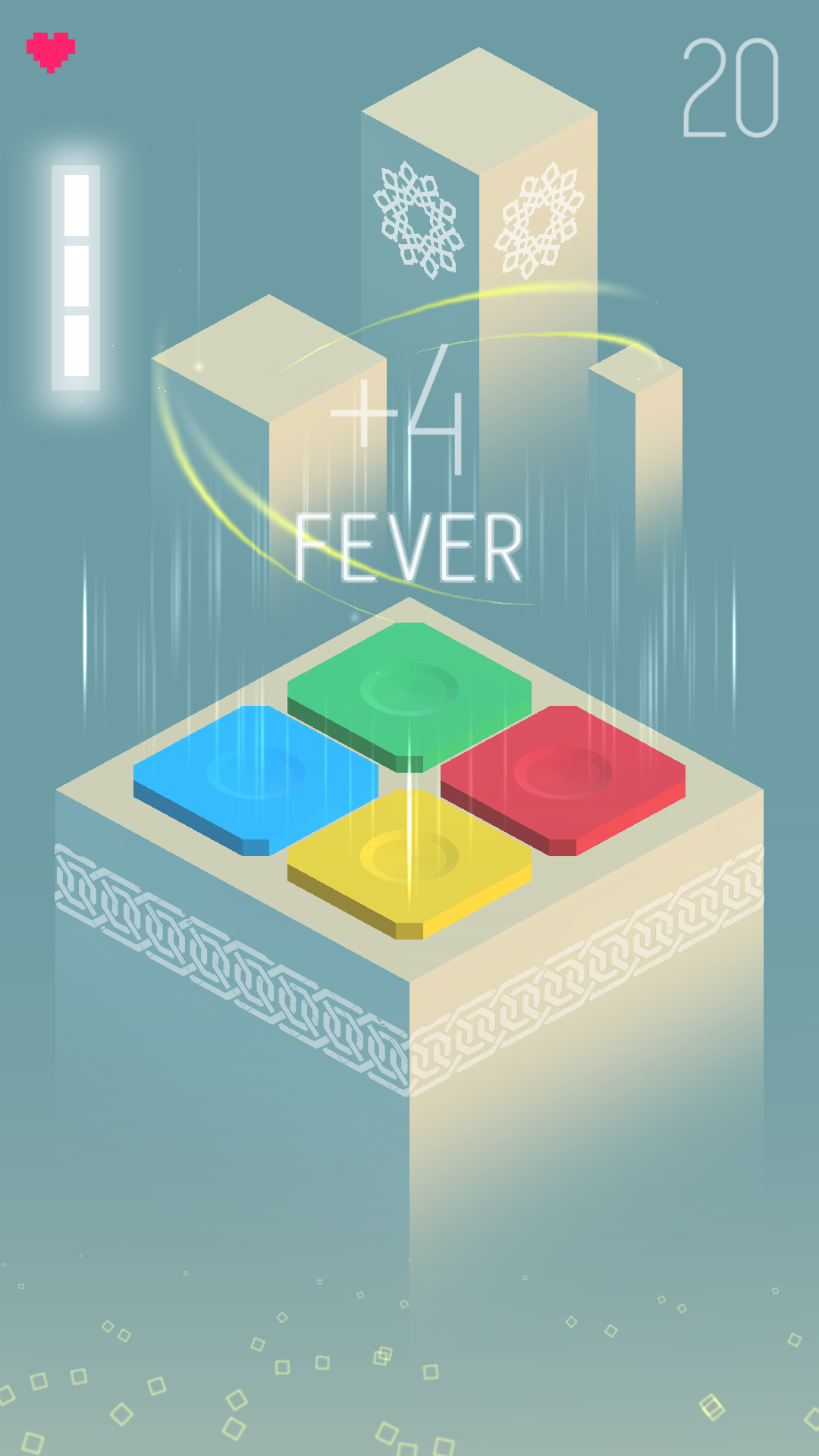 The game may look easy at first, but the difficulty gradually increases and then levels out. During this difficulty increase, the speed of the sequence displayed changes, the tiles shift more often, and the platform spins more. This makes it important that the player not lose focus, or they may risk losing a life! The player has three chances during a game though.

Do download the beta evaluation of Four Tiles on the Play Store at the following link:

Let us know through the feedback how you liked the game, and whether there is something else that you would like to see. Since the game is in beta, we are open to suggestions for improvements that we can reasonably accommodate.

I hope you enjoy playing the game as much as we enjoyed creating it!