What is Everworld Island?


Everworld Island is a coop Sandbox Multiplayer game, that can be played both, Online or over LAN with up to 4 Players. The most unique features in this game are the Campaign and Level editor,which allows you to create, share and play levels, campaigns or stories with your friends or with people from all over the world without any programming knowledge. There will also be a variety of classes, like the Mage,Knight,Mechanic,Diver. Each Class has their own abilities, the Diver for example, will be able to swim, and dive for treasures or hidden secrets.

The Day/Night cycle within the game will allow more variety in your levels. For example some encounters are only triggered during a specific daytime, like ghosts, and some secrets rooms are only active at night, while plant like enemies are only active during the day. 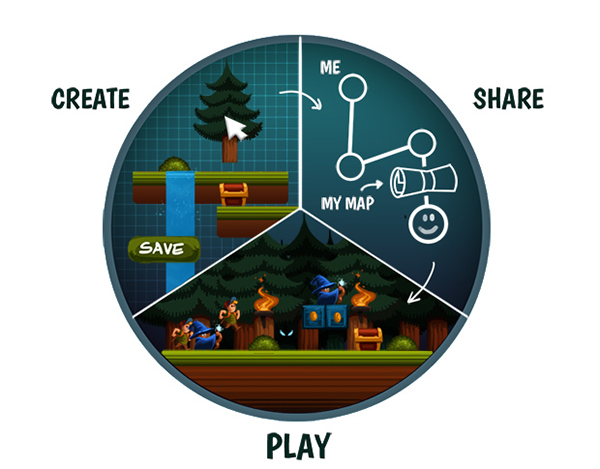 The player starts with no coins or items. These must be collected in levels to buy new objects for his home or for new level objects for the level editor. After the creation of levels the player can share them with other people online. These can be played by other players again, so they can get new items and coins.

After buying a piece of ground which the players can buy at the shop, they're able to use a portal to get to this plot of land. On this plot they can build their own house using the collected or bought blocks and items. At the house the players can plant seeds to grow different plants and flowers. These plants can be used to brew different potions in a bowl like a heal potion. The players are also able to place furnitures and other inside the house.

The focus of Everworld Island is the cooperative multiplayer mode. This means that the player must use a water pump while another player must lead the water jet against a target for example. Likewise there are tons of possibillities to create different switch - riddles which can only be solved by more than one player.

The different classes which can be choosen inside the level at different spots are important to finish a level. This means that one player must choose the diver as a class to dive into a lake to activate a switch, another one must choose the mechanic to repair an elevator for example.

By these dynamic levels created by players there will be endless possibillites how to solve a level.

Everworld Island includes a very easy to use leveleditor where everyone can create their own levels. If you have a good concept for a story then create a campaign which means that you can string more than one level together. The campgain or also a single level can be shared with friends and other people. Of course you can also play them with your friends! New objects like plants, elevators, new enemies, etc. can be bought at the Shop with coins.

The game also contains a day and night cycle. The levels adapt to the current cycle and behave differently. This means that there are ghosts which spook while it's night or secret "ghost ways" which only appear at night and lead to special places for example. While daytime there are special enemies which would sleep at night or npcs which only appear while it's daytime.

If you have collected enough coins and finished enough levels then you're able to buy a pet which can follow you through the levels and even help you! E.g. a dog can sniff treasures under the earth and even dig them out. Other pets like the Fairy will function like a light source at night, but they're also able to fight against ghosts. Pets must be fed daily or they get moody and won't follow you inside a level.

The Magician: The Magician can use different Spells to defeat his foes, and in some cases magic is the only way to destroy enemies.

The Diver: The Diver is a true treasure hunter, with his swimming and diving abilities he is able to find sunken treasures or hidden secrets underwater.

The Mechanic: Something is broken? He can fix it. The Mechanic is capable of repairing elevators or every other kind of complex mechanisms.

The Knight: This guy belongs to the front of your Party, with his Swords and Hammers he can destroy armored enemies or break blocks that are meant to be broken. 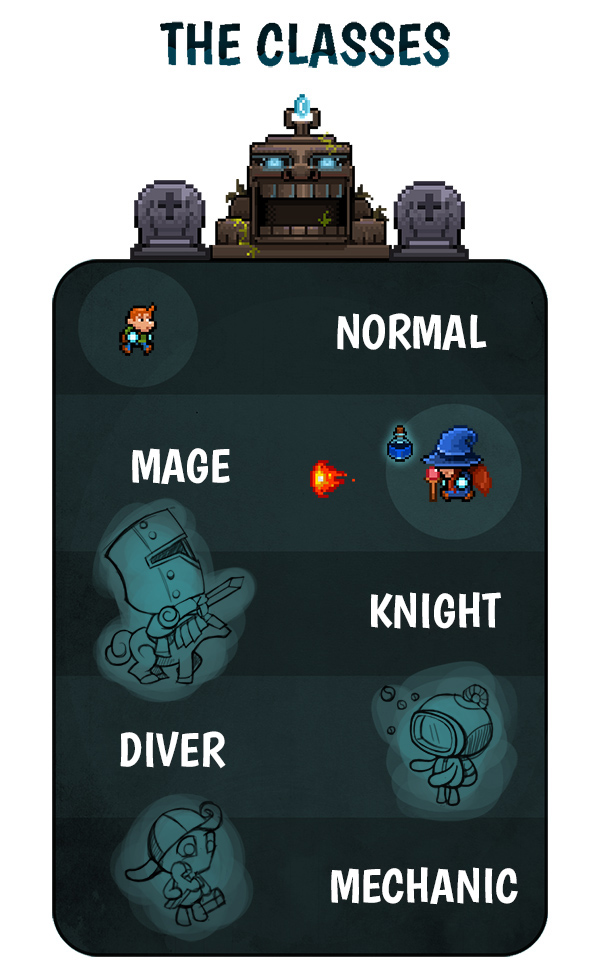 Set in Soleanna, the beautiful city of water. In his first adventure set in the human world, Sonic meets a beautiful princess named Elise, whom he quickly...

Fur Fun is a new 3D platformer inspired by the games of the golden era of the genre such as: Banjo-Kazooie, Donkey Kong 64, etc...

Project in the genre platformer / side-scroller. The main hero is Heli - a girl who was in the world of fantasy and should release the good spirits. In...

The original roast master is back! Same sick burns, same smoldering attitude, now all scaled up in stunning HD. Spyro is bringing the heat like never...

Tomb Raider: The Dagger of Xian

Tomb Raider DOX (The Dagger of Xian) is a remake of the original Tomb Raider 2 game made by Core Design in 1997 using Unreal Engine 4 by Epic Games.