A simple randomly-generated vertical platformer with a retro feel. See for how long you can endure the everlasting tower.

An update for Everlasting Tower has been released. Major engine improvements and a few gameplay additions. 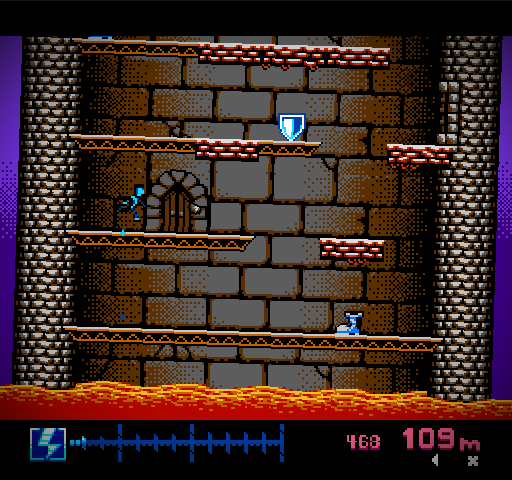 Fixes
* Scrolling speed now changes smoothly. It scrolls accordingly if you reach the top of the screen.
* Fixed player sometimes skipping gaps between platforms
* Fixed player bouncing of the ground when holding jump and falling
* Fixed local high score not working when dieing to a spike
* Fixed you sometimes hitting a spike while boosting through it
* Fixed the game considering pillars (walls) as platforms
* Minor fixes to collision

Because of major changes in the game, all leaderboards have been reset