A race against time arcade game, racing through a voxel landscape.

I posted a while ago saying that new playable ships are coming, and I’ve finally got it finished! Also there’s a new level, new obstacles, and minor updates to the other levels. Get it on Android here, or in your browser here.

So finally something to spend the points on that you collect each level. 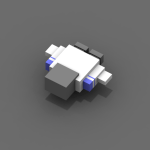 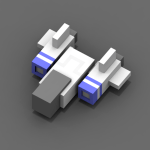 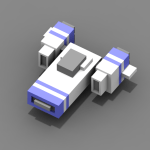 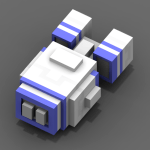 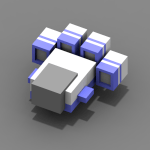 Not featured above is the Wicker-class, created by Dave Bissig (see some of his other ships here), which is one of the most manoeuvrable ships. I didn’t have a great photo of this so here’s a video of it in action at the bottom of this article.

The ships have slight differences in speed and manoeuvrability. By default, Unity3D gives these different turn rates depending on their size (I wrote about this here). But I’ve tweaked this to make some more special than others. Here’s at least 3 of them showing some differences:

However, one of the ships I was going to use just turned out to be too unmanouverable! Here’s the Darbis-class, which turns slowly and unfortunately is too easy to get stuck!

However, we’ll see the ship soon in a new type of obstacle!

For extra interest, I’ve added some new things to avoid, including these npc spaceships. 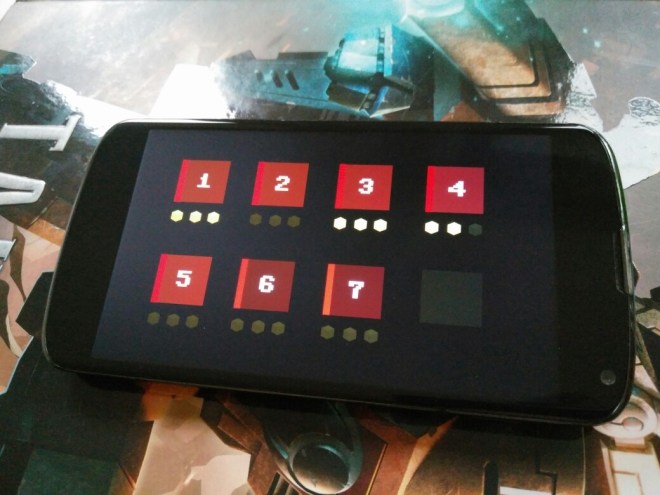 You can download Escape the sector for Android here:

Or in your web browser here:

I've added some monorails and some spaceship tunnels, also a new colour scheme!

Some new ships that I'll soon make playable in Escape the Sector.

New signs in Escape the Sector – Billboards in space!

Some new progress on Escape the sector assets, with screenshots.

Some more things to add to Escape the Sector...

I’m not done with Escape the Sector yet (which I released on the Google Play store in July).

Tags
Embed Buttons
Link to Escape the sector by selecting a button and using the embed code provided more...