Posted by EleonGameStudios on May 31st, 2018 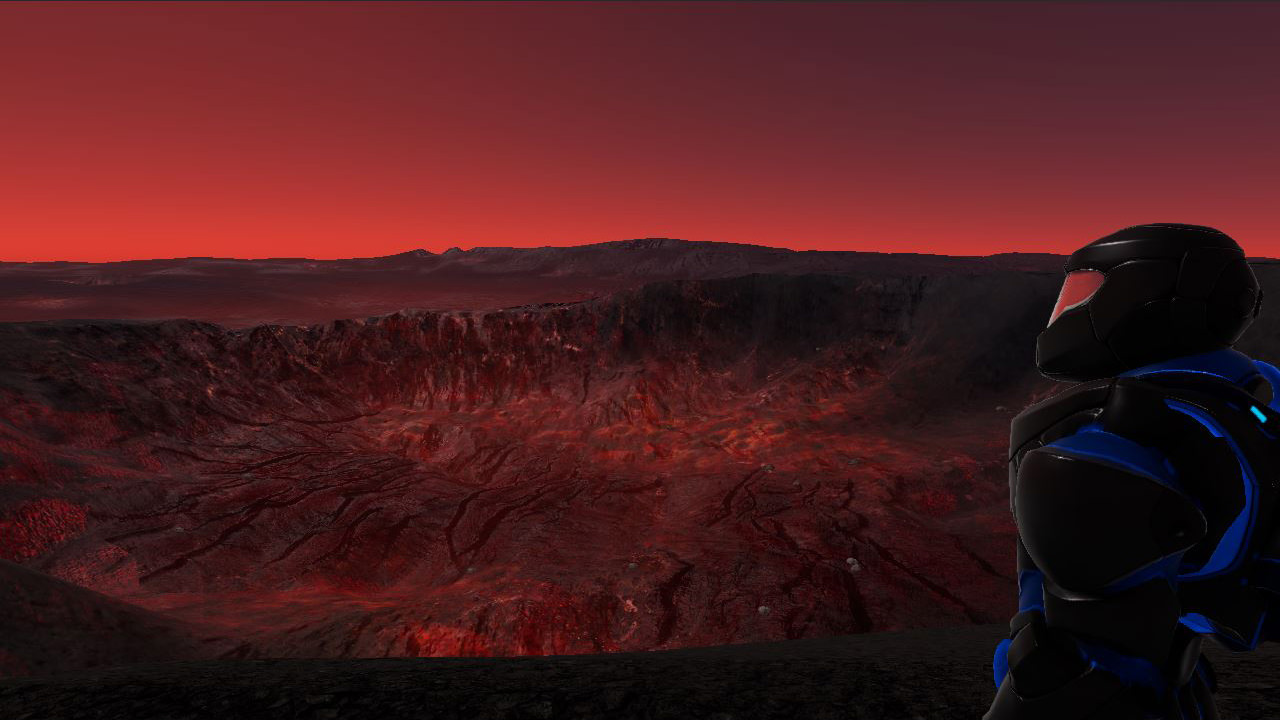 As of todays release of ‘Release Candidate 1’ (RC1) - bugfixes and polishing aside - no big changes will be made to the game as it stands now. Larger feature additions and changes will be a topic in the post-public release phase.

For the upcoming Release Candidates, testing, searching and hunting down major bugs and issues is now getting even more important. So every time you run into an issue, make a note and report it right away. Also retest older issues again.

For a proper testing procedure and bug reporting, we recommend the following preparations and workflows:

2. Make sure you are NOT using a custom config!
Go to this folder and check if only three files are there: Config_Example.ecf, EGroupsConfig.ecf and TraderNPCConfig.ecf: ..Empyrion - Galactic Survival\Content\Configuration
Remove or delete any other file as long as testing with the release candidates!

3. Avoid resuming any pre-Release Candidate savegame!
There is a chance that changes we made do not translate to older savegames. Especially for bugs concerning terrain, loot and other playfield configs.
Best practice: if you run into an issue with a savegame that was started BEFORE a RC has been released, please re-test the issue in a fresh new RC savegame again!

4. Additional Routine: Delete the GAME CACHE when trying to reproduce a bug!
The game cache saves some presets and may be source of a false positive reports or even be part of the problem. To make sure we have all the infos, please check the following folder when trying to reproduce a but and make a note in your report if the bug still happens AFTER clearing the cache: ..\Empyrion - Galactic Survival\Saves\Cache

5. When running into a ‘Continue or Quit’ (CoQ) message,
5a. Please go to the LOGS folder ( ...\Empyrion - Galactic Survival\Logs ) , then find the folder with the HIGHEST number, pick the most recent .log file and attach the logs to your report!
5b. Add a description of what you did the last minute BEFORE the CoQ happens. Sometimes a Screenshot sent in with the CoQ is helpful as well!
5c. If you are playing on a server, do the same, but we might also need the full LOG files form the server.

Most important threads for now:

Thanks a lot to everyone providing tons and tons of feedback on all the new features, helping to shape Alpha 8.0 and making it an even better game experience than before!

On behalf of the whole team: YOU ARE AWESOME!!

Gameplay:
- When sleeping also the ticks are now advanced, resulting in regrowing of plants and constructors continuing working 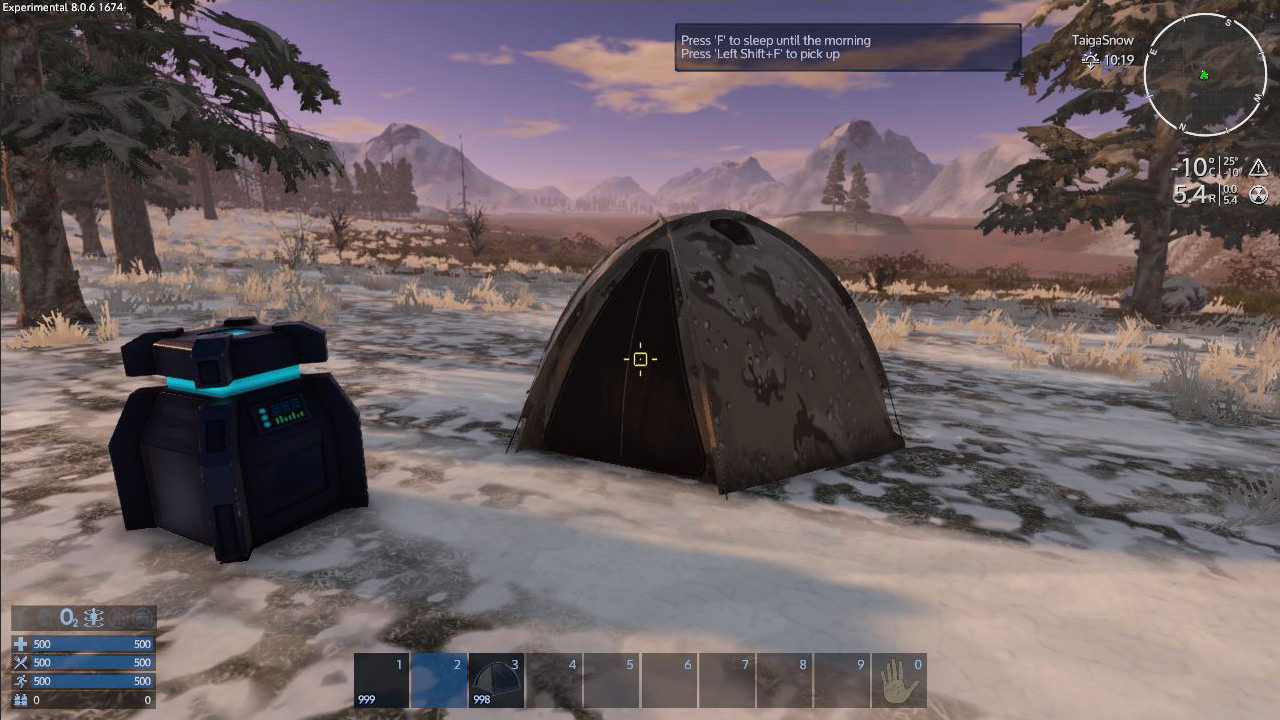 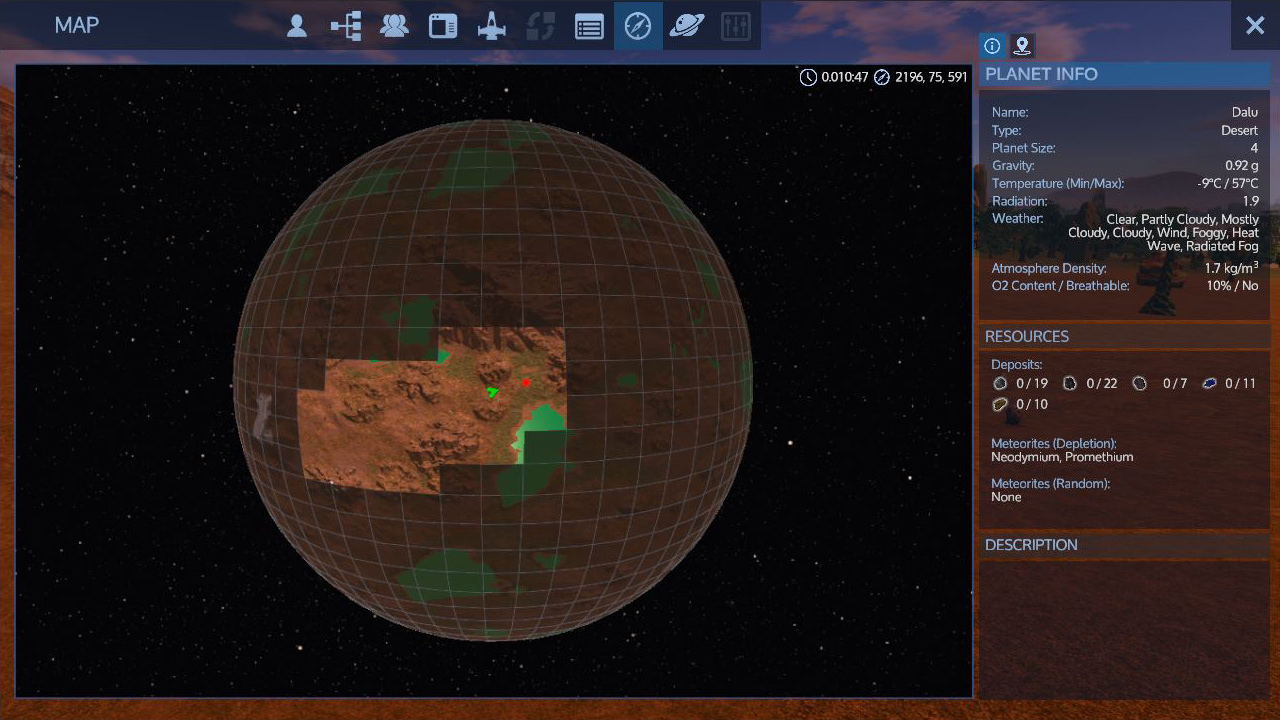 - Supporting now gameoptions.yaml value FOWTransparency with values 0 (fully opaque) to 100 (fully transparent, FOW switched off)
- Allow to randomly place POIs (and resources) also under water or on water - on water only for POIs (floating bases) 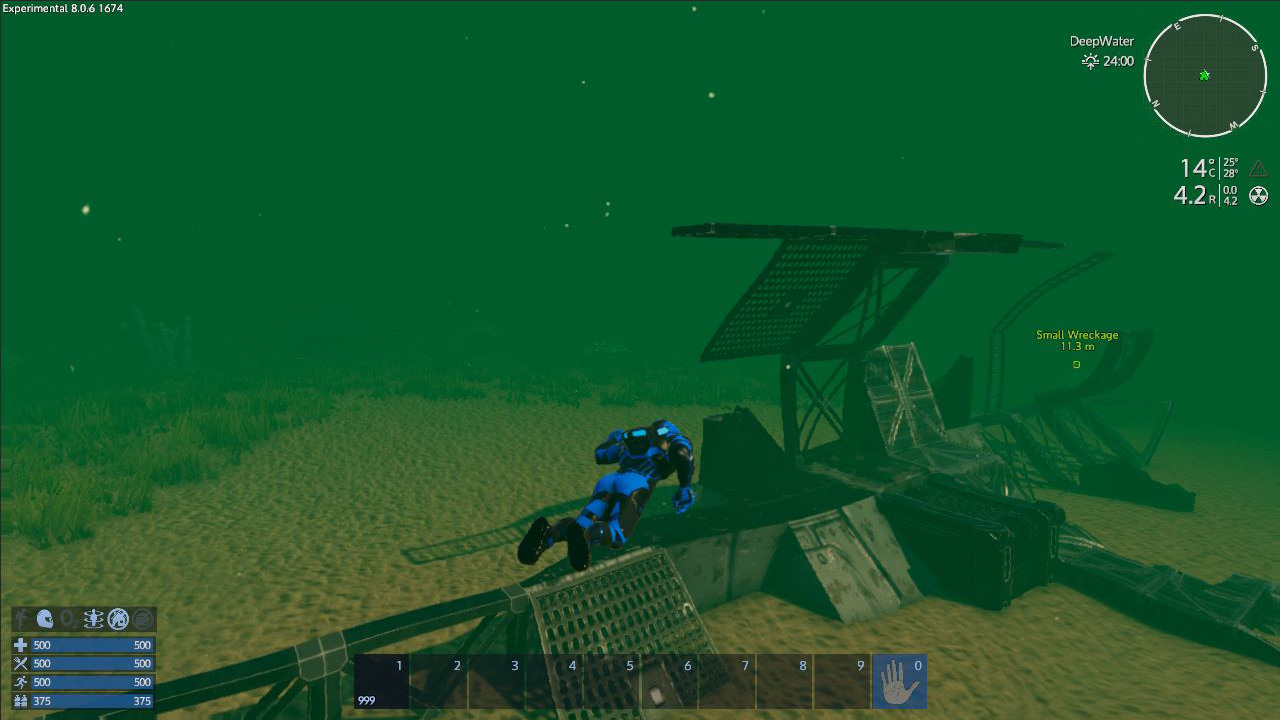 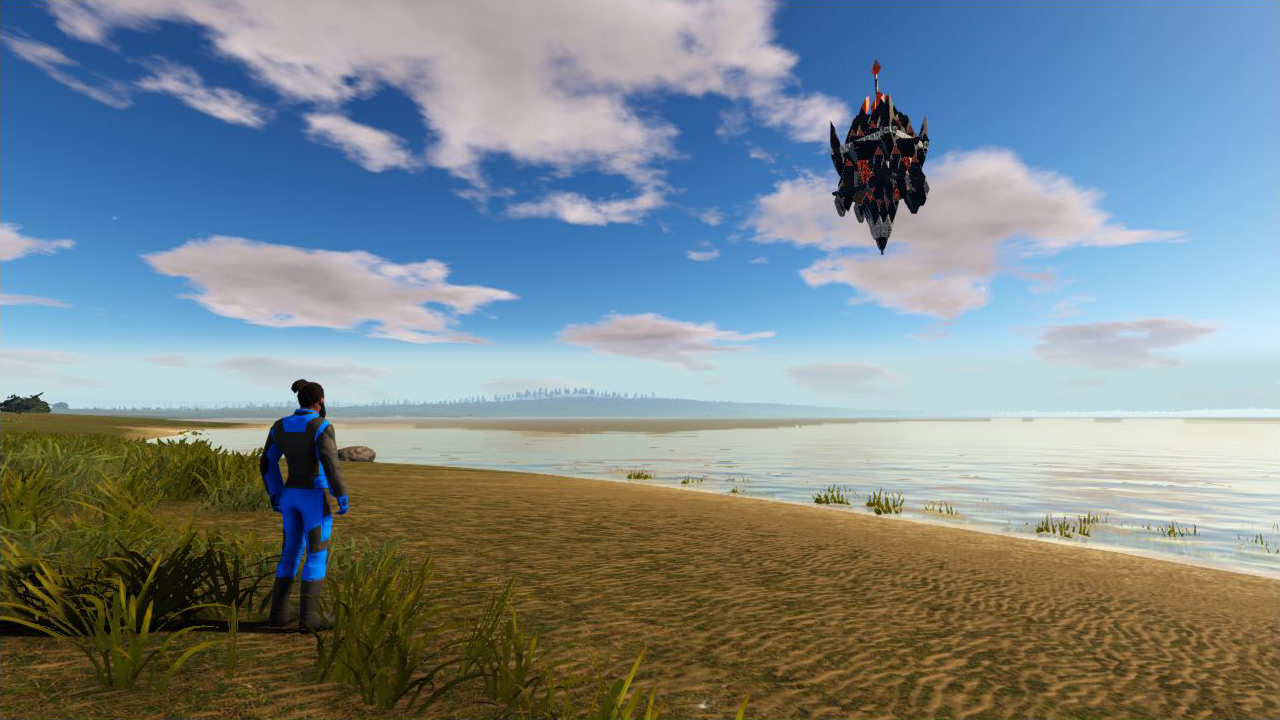 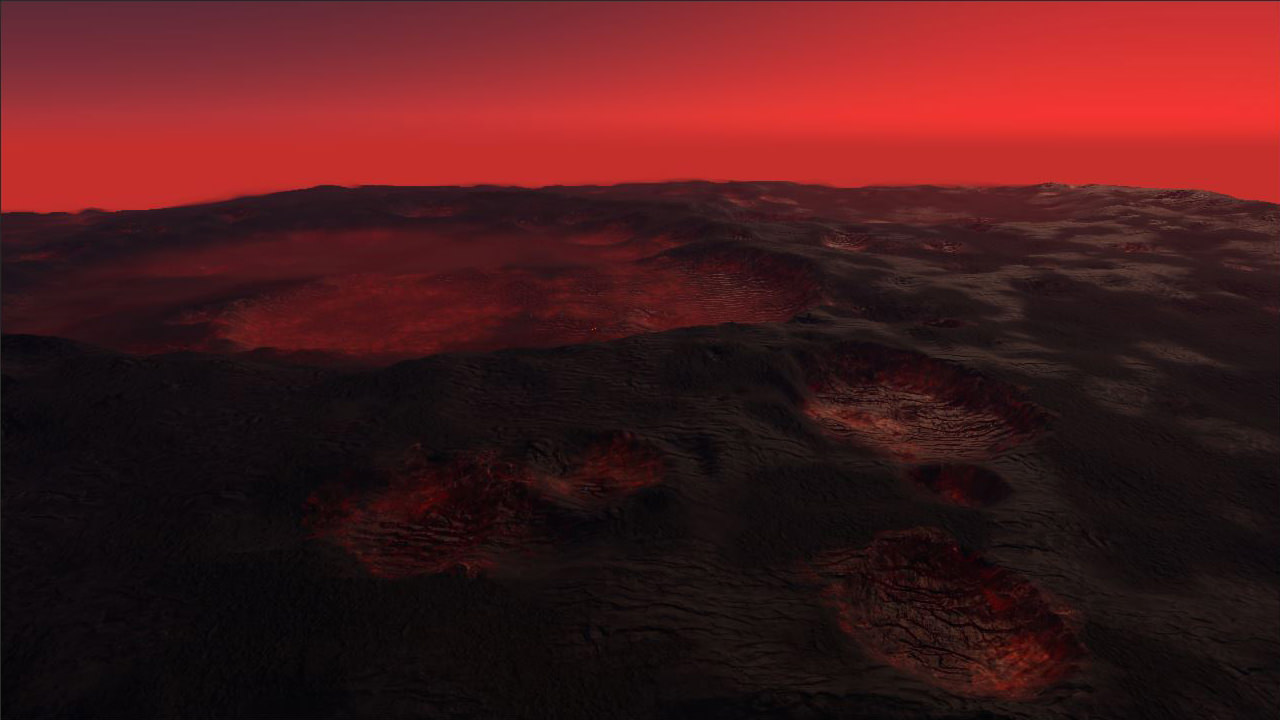 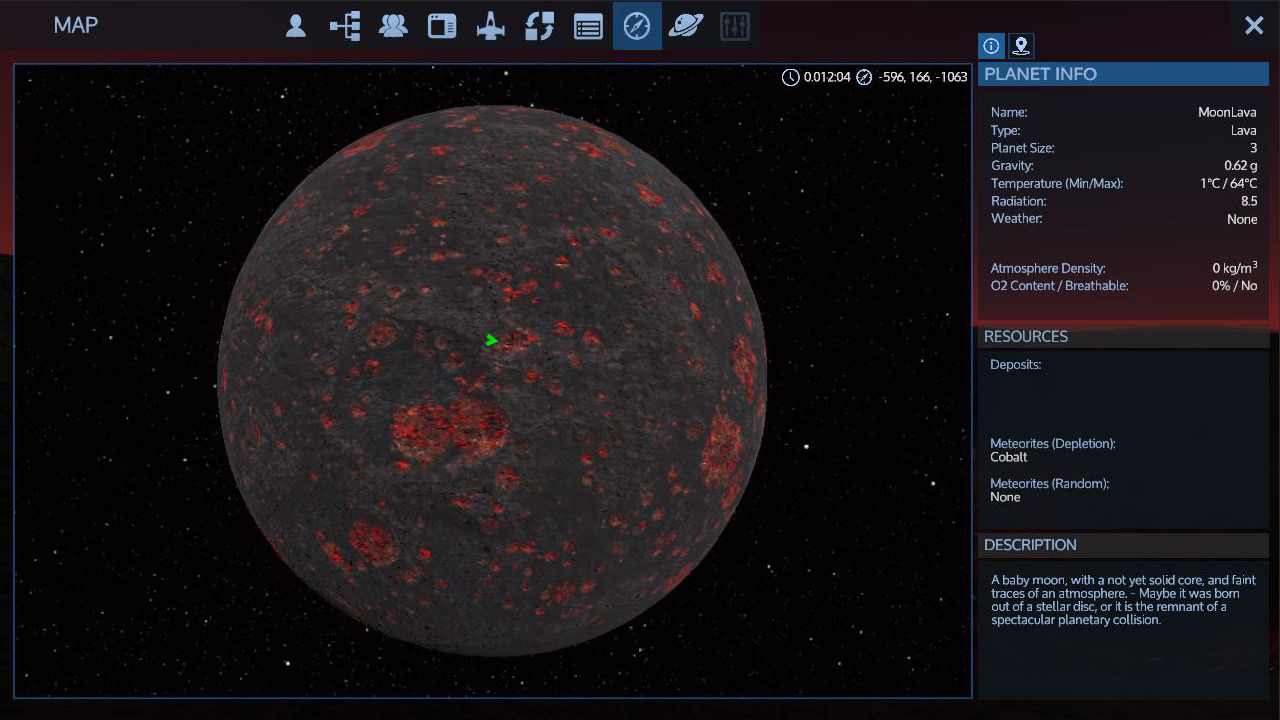 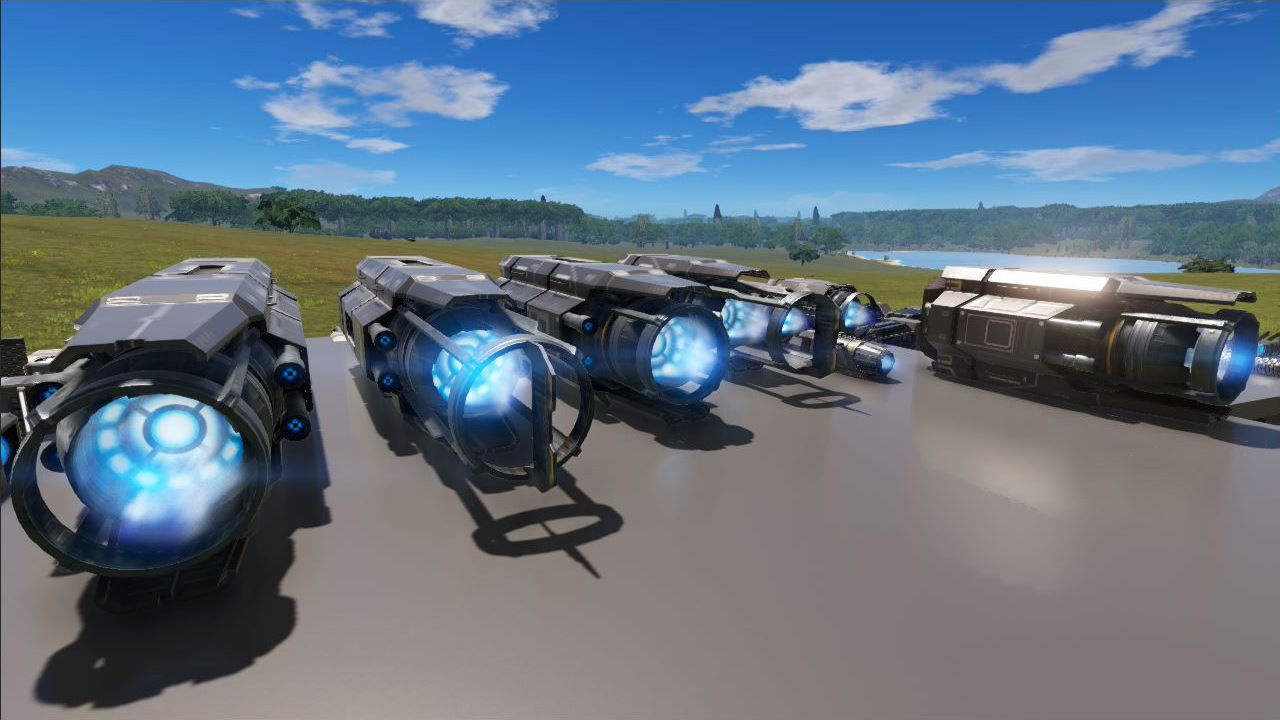 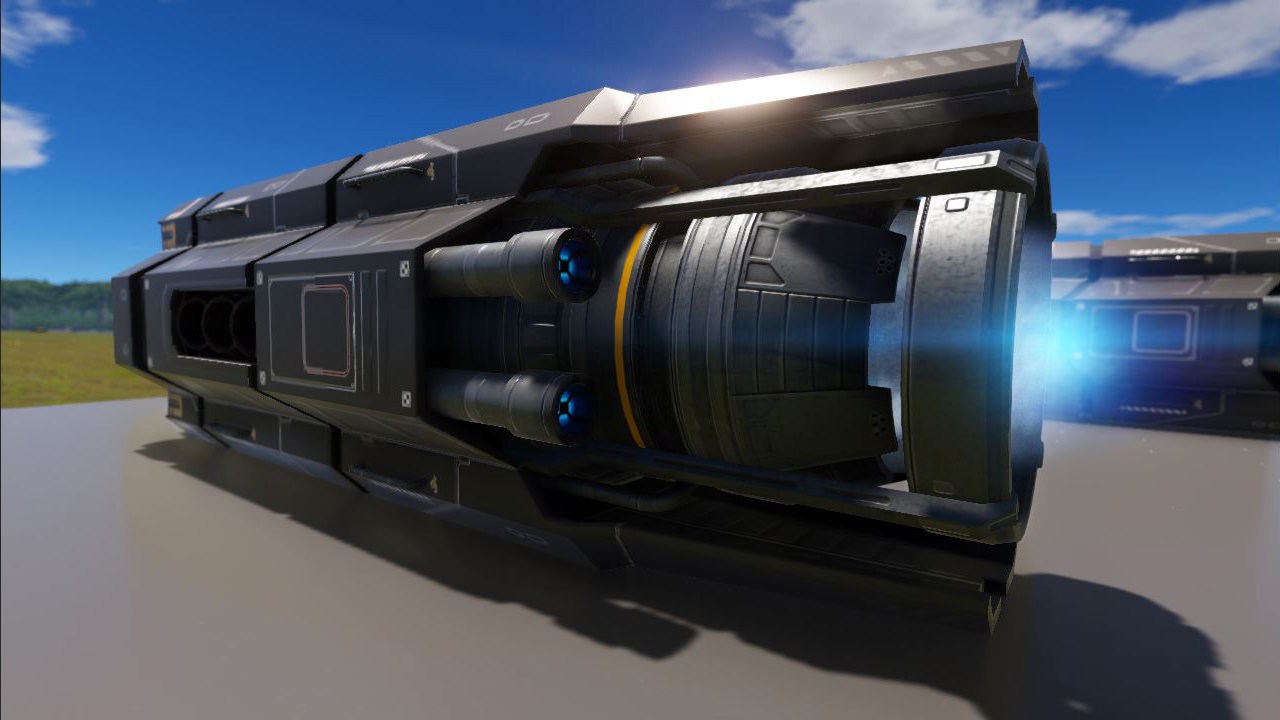 POI Update:
- Separated alien artifacts group into floating/non-floating.
- Updated Junk & Ruins POI: Removed personal cargo boxes as those are not used for those POI group anymore (and are not defined in .yaml so they cannot be opened)
- Updated AlienWatchTower: Added windows so player is not targeted

How to test Recursive Constructor bulk crafting:
- put only a known number of ores in the constructor and queue up a larger number of items (maybe in the range 20..200) that need to be recursively crafted
- for the first time stay at the constructor and let it craft "normally", i.e. item by item incl. sub-queue crafting
- write down (or better: make a screenshot) of how many ores were used and what left over items (from sub-crafting) are new in the input grid
- remove all produced items, left over items and restore the ore counts - to restart the test with same conditions
- start crafting again but now quickly go far away so that the constructor is internally set in kind of an "offline" mode (or sleep during night)
- after some time go back and see if crafting continued as expected and if ore consumption and left over items are the same
- if not all is crafted yet you may wait for the rest at the constructor or go away again for some time
Other Changes:
- Major update of deco system
- On loading a progress is shown now
- Updated Jet Thruster tech levels and added templates for V2 versions
- Set playfield seeds to 0 in Creative mode + added base back to Creative start on Akua
- Added console cmd to get drone wave state: use "aim wavestate" or "aim ws" command to have a feedback
- AI Vessel: move controller add new system of destination reached detection
- AI Space Vessel: Yaml max speed "FixedMaxSpeed" is now taken correctly into account
- AI Drone: add the new rotation controller on planet
- Added new red gas emitter for lava planet
- Enhanced console command 'deco' with parameter 'debug' to toggle 'debug boxes' to show deco removal areas
- RepairBay Console + Block now have 500 HP
- Add “Wait” timer before scanning lockout when adding Ingots to R2T Window
- Removed obsolete NPCs from spawners and spawn menu
- Improved 'stats' command: some reformatting and added global playtime
- Updated stock HV with new HV constructor (replaced old one)
- Old constructor is now marked as obsolete
- Improved: FPS drops in deep forest.
- Added better error outputs in repair bay

Bug Fixes:
- Fixed: Problem that repair bay did not drop content in MP when destroyed + problem that it could not be opened by another player in MP
- Fixed: FoW discovery progress is not saved in backups
- Fixed: Exploit that R2T protector can be abused as a shield: all damage to the repair shield is now forwarded to the repair bay
- Fixed: A vessel docked to a CV causes the message 'Required repair area for this template is blocked' when trying to use the repair bay
- Fixed: Problem that AI Planet vessel did not attack reliable and had sometimes wrong altitude
- Fixed: Problem that AI planet vessel sometimes felt on the ground bug
- Fixed: AI planet vessel sometimes stopped moving when it is visible to the player.
- Fixed: Fog surrounding planets can disappear & reappear.
- Fixed: Problem that extended resource + POI radar was not indicating over the planet green wall.
- Fixed: Exception in edit/creative when teleporting in 3d map
- Fixed: Promethium node spawned empty
- Fixed: Possible to duplicate multiple motorbikes after opening & closing the player inventory
- Fixed: BA attack drones are not spawning or not approaching any bases.
- Fixed: Non-stackable items cannot be stacked even in Creative mode
- Fixed: NightTemperature was used wrong on MoonIce and Alien planet
- Fixed: Plants pickup: possible improvement for problem that plants did not regrow sometimes.
- Fixed: Troop Transport does not/cannot land + behavior improvement
- Fixed: Wrong display name of some copper asteroids in space (read "iron", should be "copper")
- Fixed: Wrong savegame gameoptions.yaml file created in local coop mode
- Fixed: Chapter description does not scroll on first load
- Fixed: Problem that FOW were showing lava emission under FOW tiles
- Fixed: Random POIs and resources count is doubled on size class 2 planets
- Fixed: Last character getting cut off in console window when horizontal scrolling is needed.
- Fixed: Constructor SV is obtained when "retrieving" constructor HV with multitool
- Fixed: Problem that FixedPlayerStart was not considered correctly in MP Creative games.
- Fixed: Problem that Starter planets were not correctly filtered via Creative/Survival in MP games.
- Fixed: R2T: Ship Type Cannot be repaired (player base)
- Fixed: Issue where input device tabs in control options screen would frequently not appear until scrolling.
- Fixed: Console spam with "entity spawner" ID not found (renamed several AI back to old names)
- Fixed: One of the POI JunkT1 was not buried enough in ground
- Fixed: Resources showing double on New Game window