Posted by EleonGameStudios on May 25th, 2018 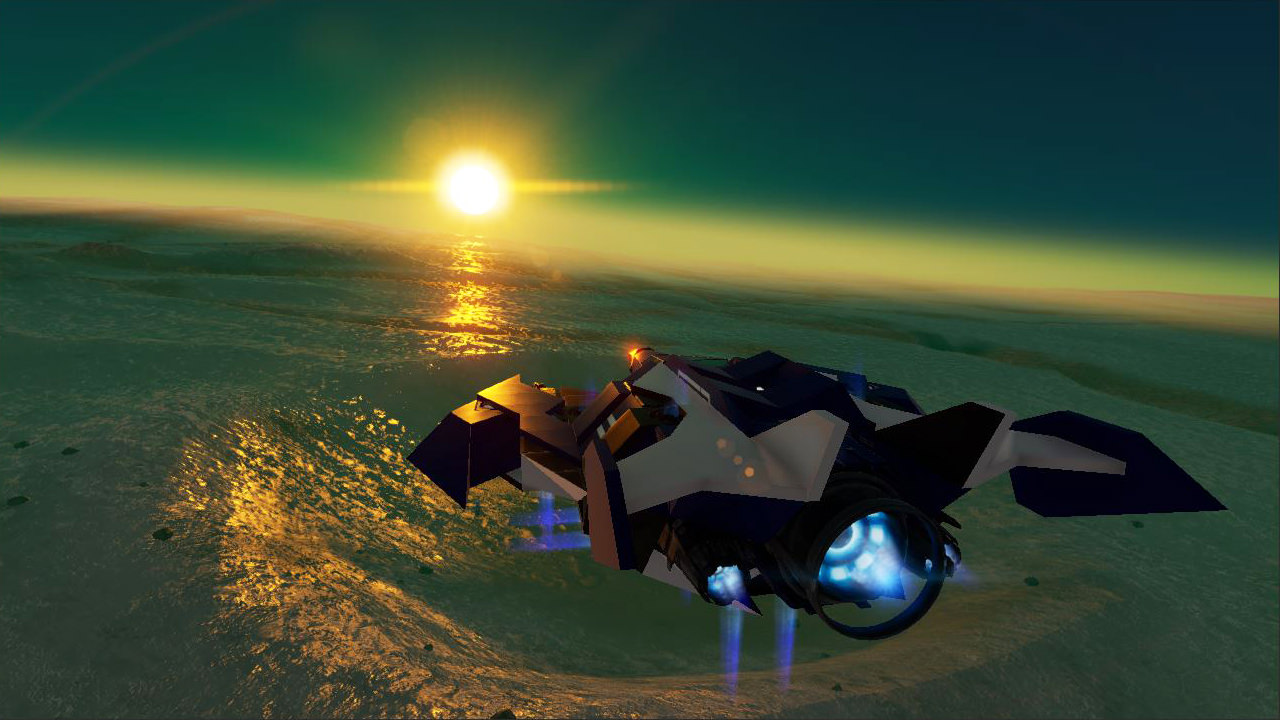 Public release is coming closer! Before we start the Release Candidate phase, we are releasing a final Experimental version today.

All base features for Alpha 8.0 are now implemented, although some will see future refinements in the Release Candidates and beyond.

The latest major feature we added is a Fog-of-War (FoW). The goal is to allow you to track ‘where you have already been’ - which is quite helpful as we think. While the Detector (added in Phase V) gives you a rough direction, the Fog-of-War, or better: the removal of the ‘fogged’ areas, will add an indicator where you should go next or have already looked for POIs or deposits. We are looking for your feedback right here: Empyriononline.com

We also made some changes on the playfield threat layout. While Phase 5 added the possibility to let any spawnable NPC patrol around a POI or deposits, we iterated on this new feature a bit more. So expect more troops of the glory Zirax Empire strolling around their bases ;)

Beyond FoW and threat updates, we of course added a ton of other additions, balances and bugfixes. Please find all the changes listed in the changelog below!

One last question to answer: when will Alpha 8.0 hit the public branch?

Answer: This is now more an announcement of an announcement, but depending on how the last Experimental update performs, we plan to announce the release of Alpha 8.0 anytime next week.

Now, enjoy the new features of Phase 6 - and as always: First Play. Then Feedback!

Note: If you are NEW to Alpha 8.0 please read the individual feedback thread starters as they contain valuable information of the new gameplay mechanics!
Please report all bugs over here: 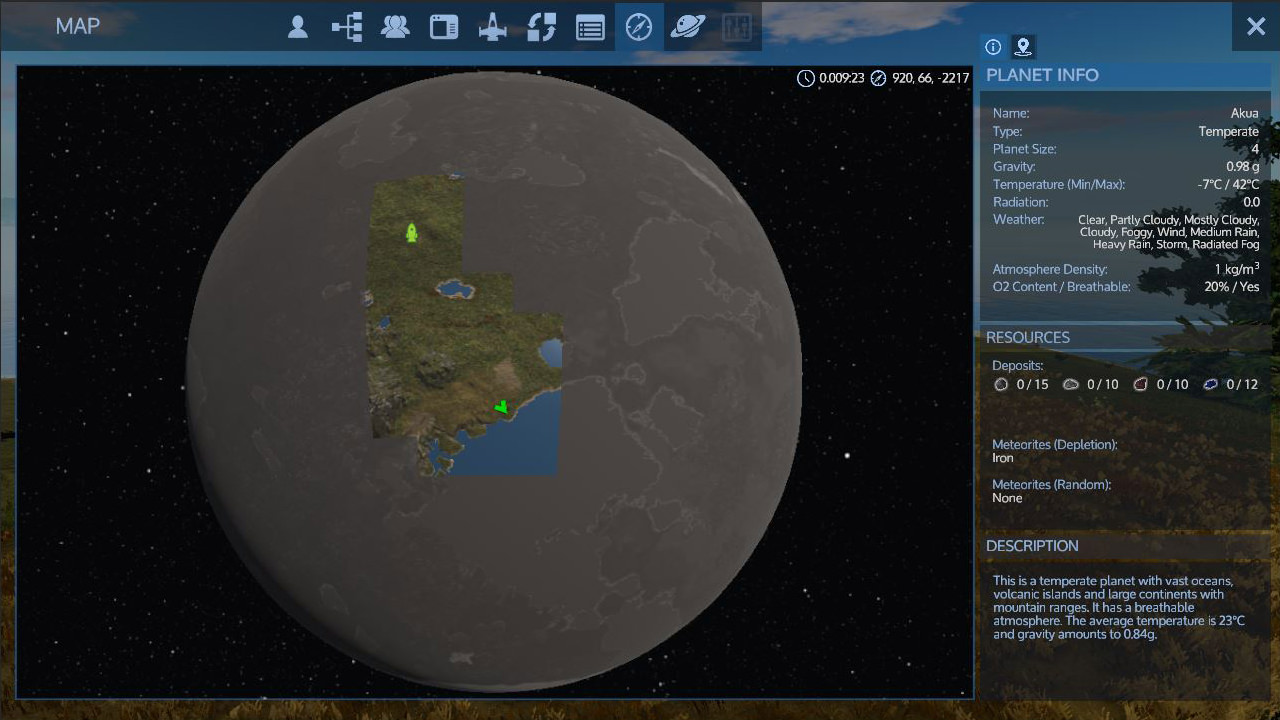 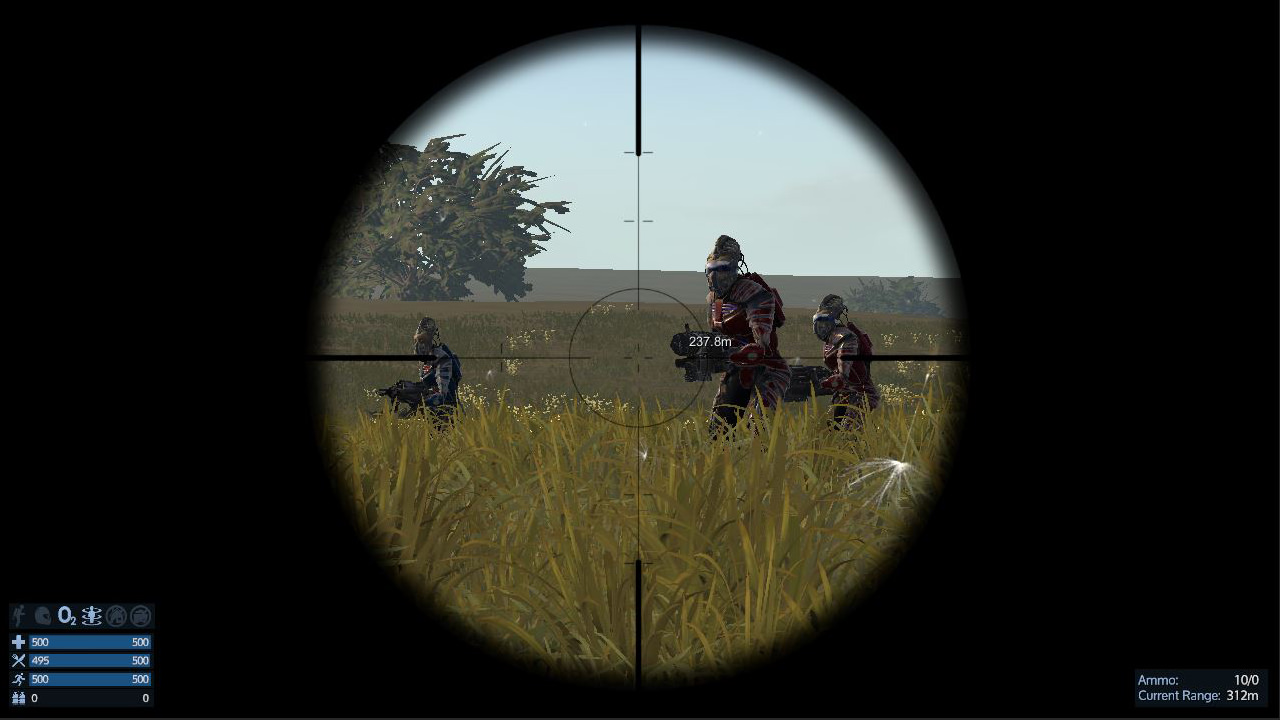 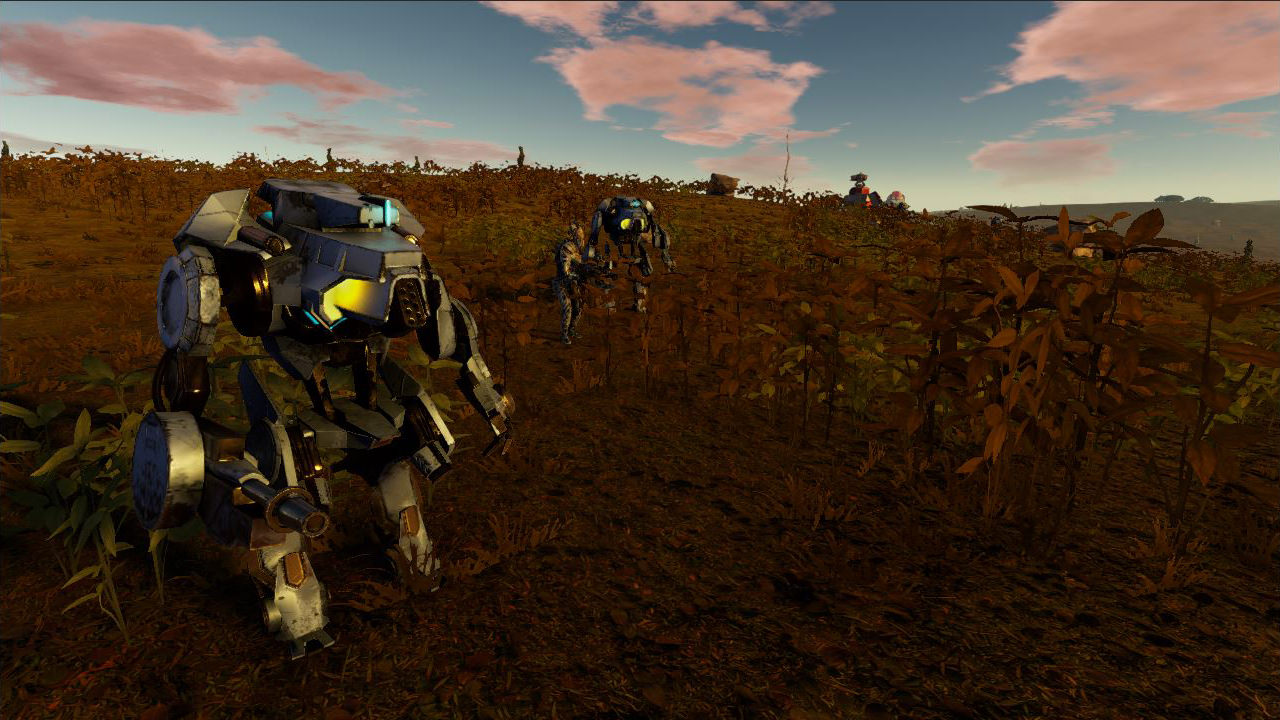 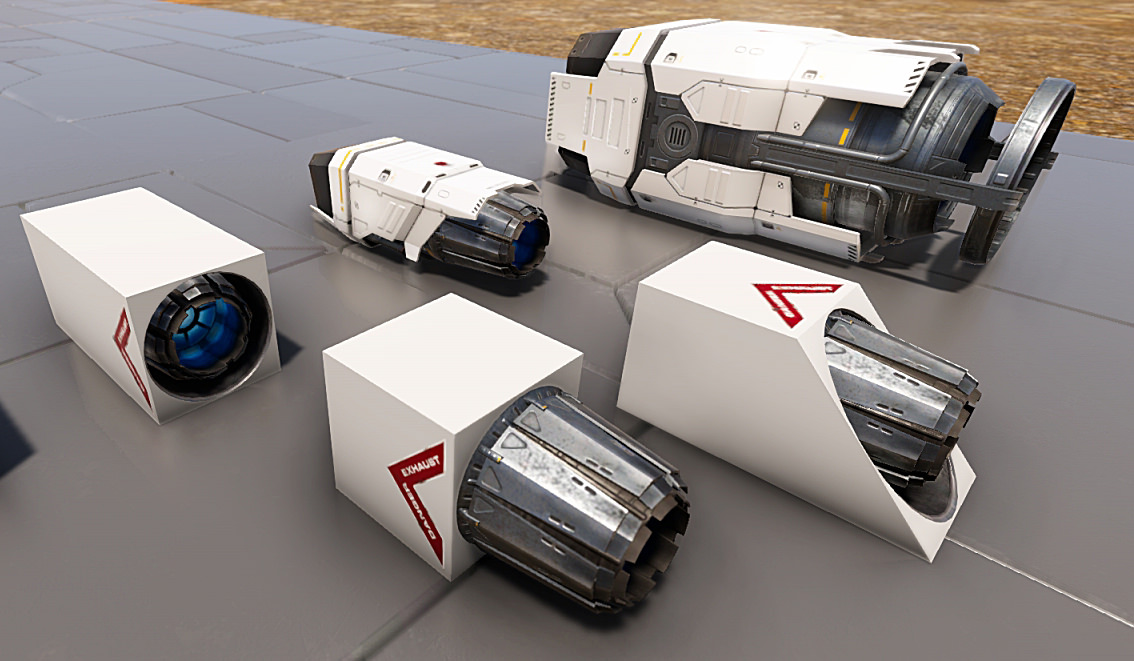 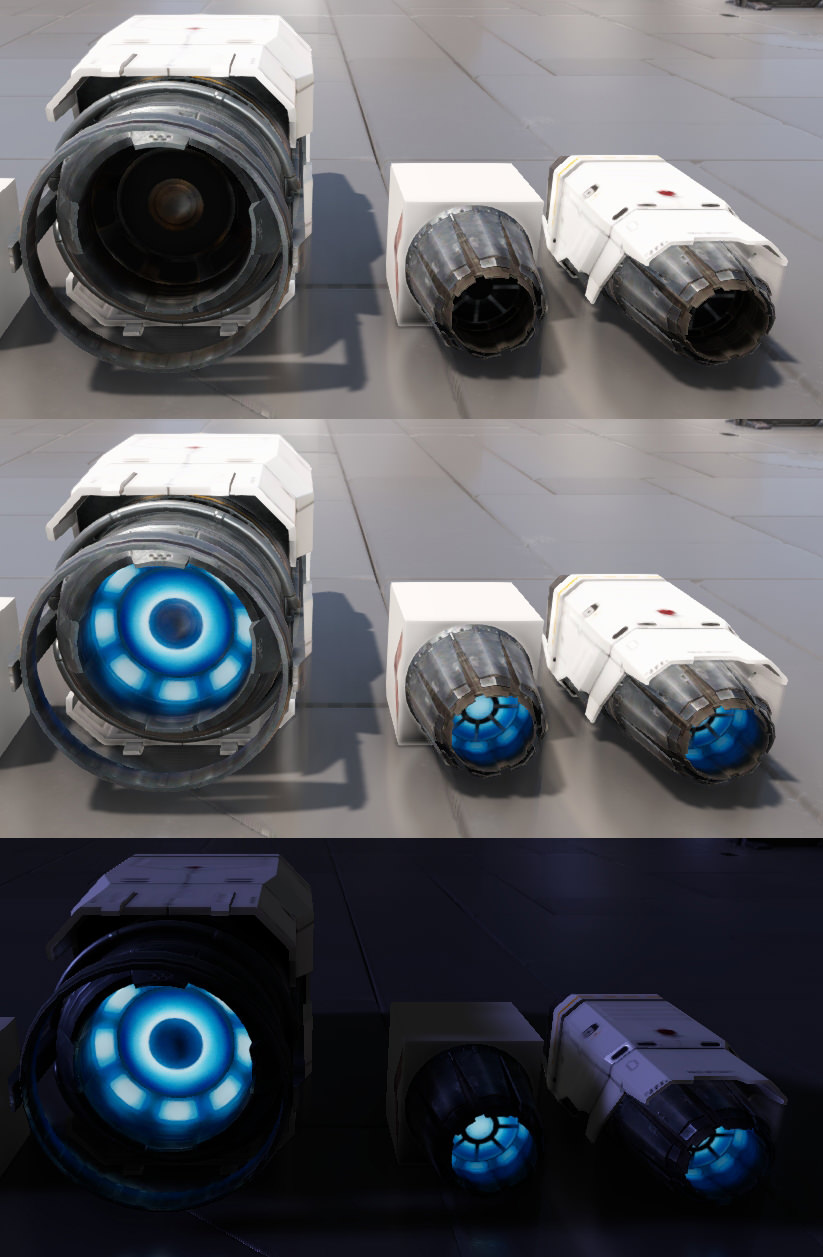 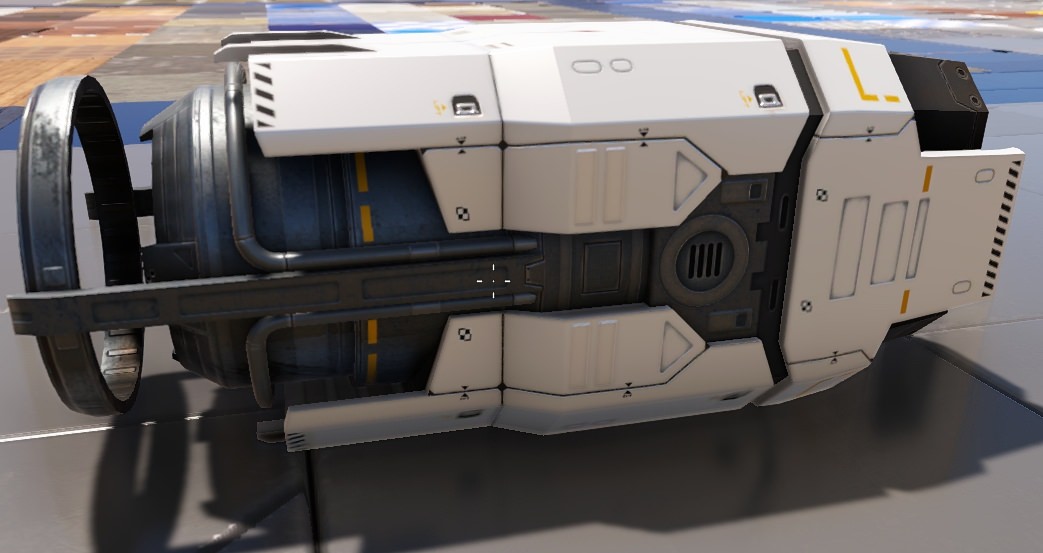 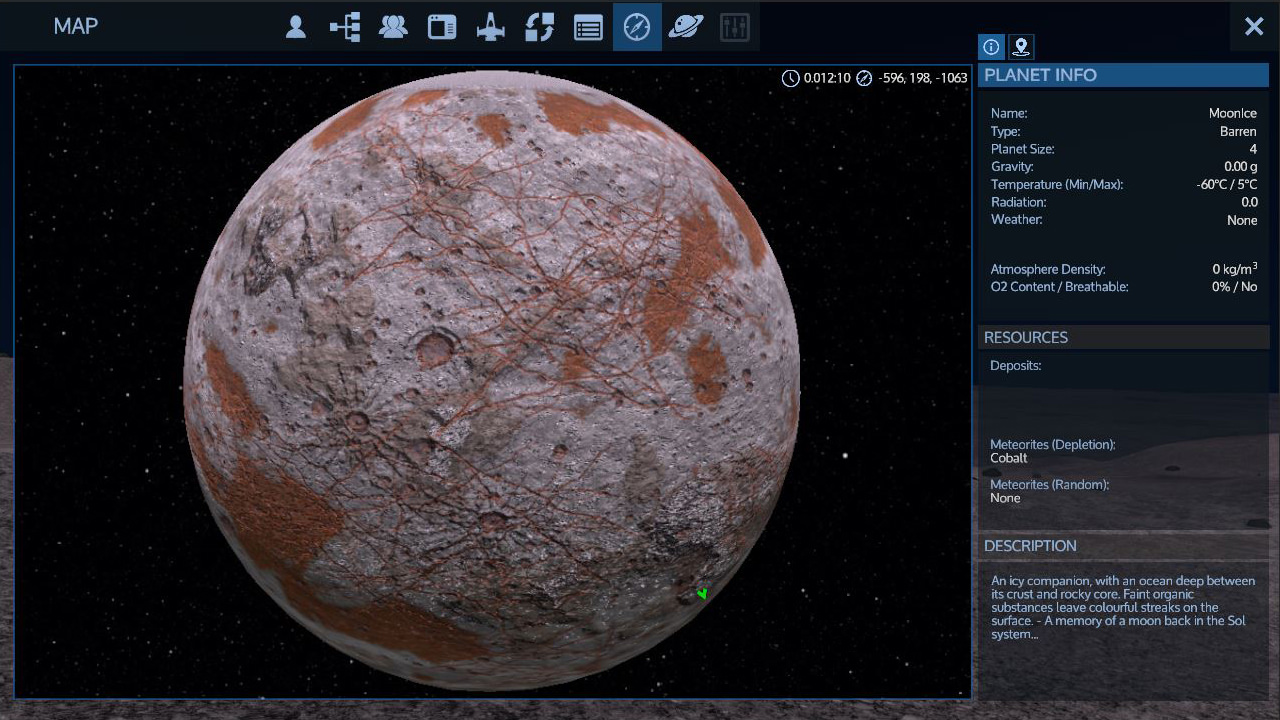 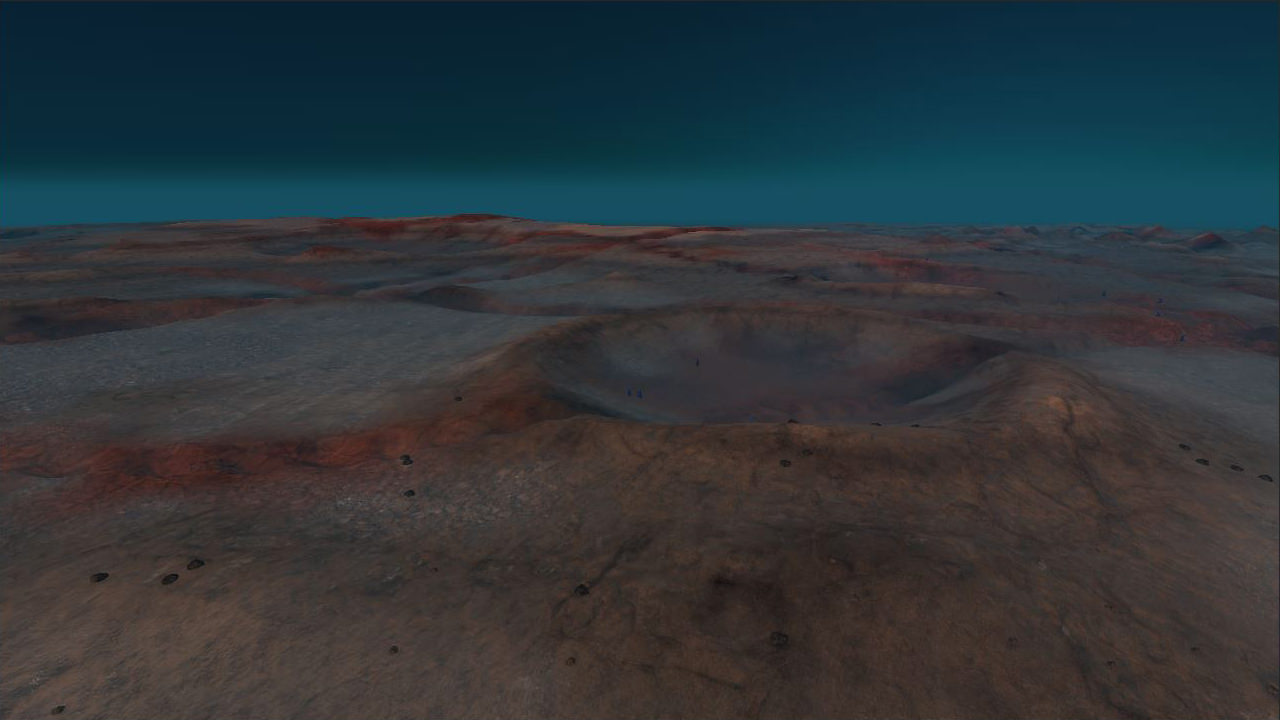 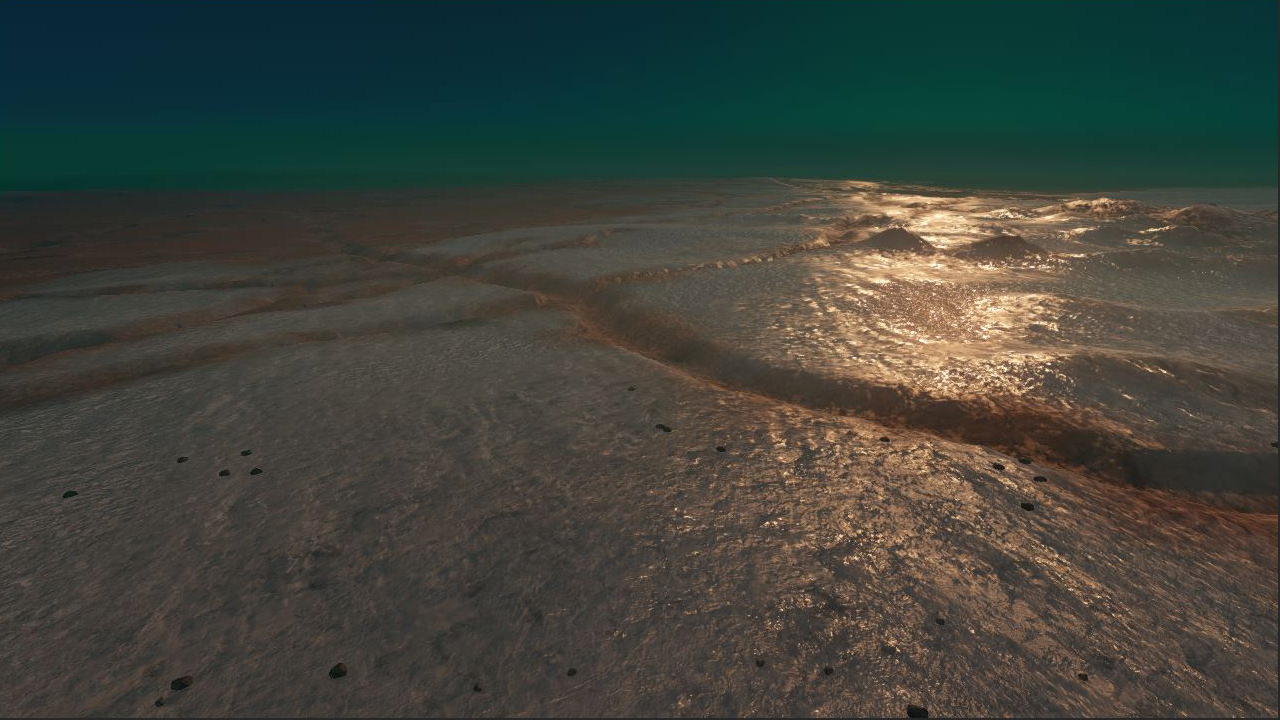 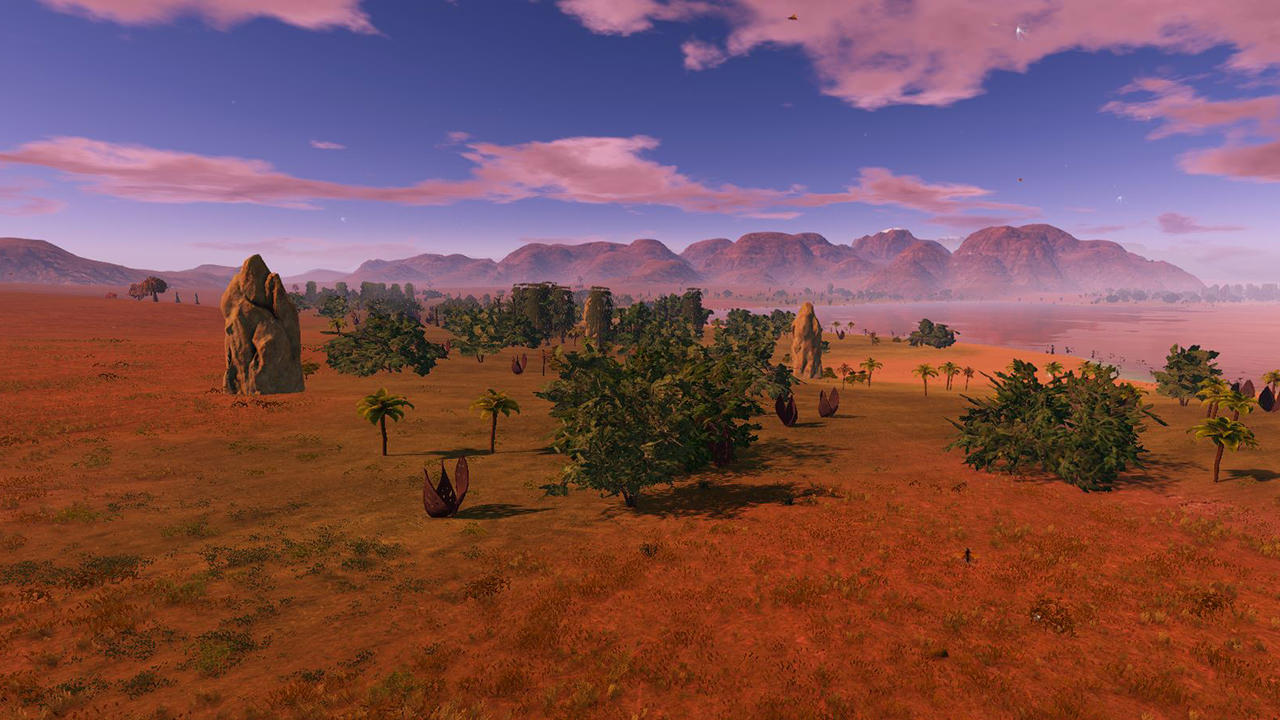 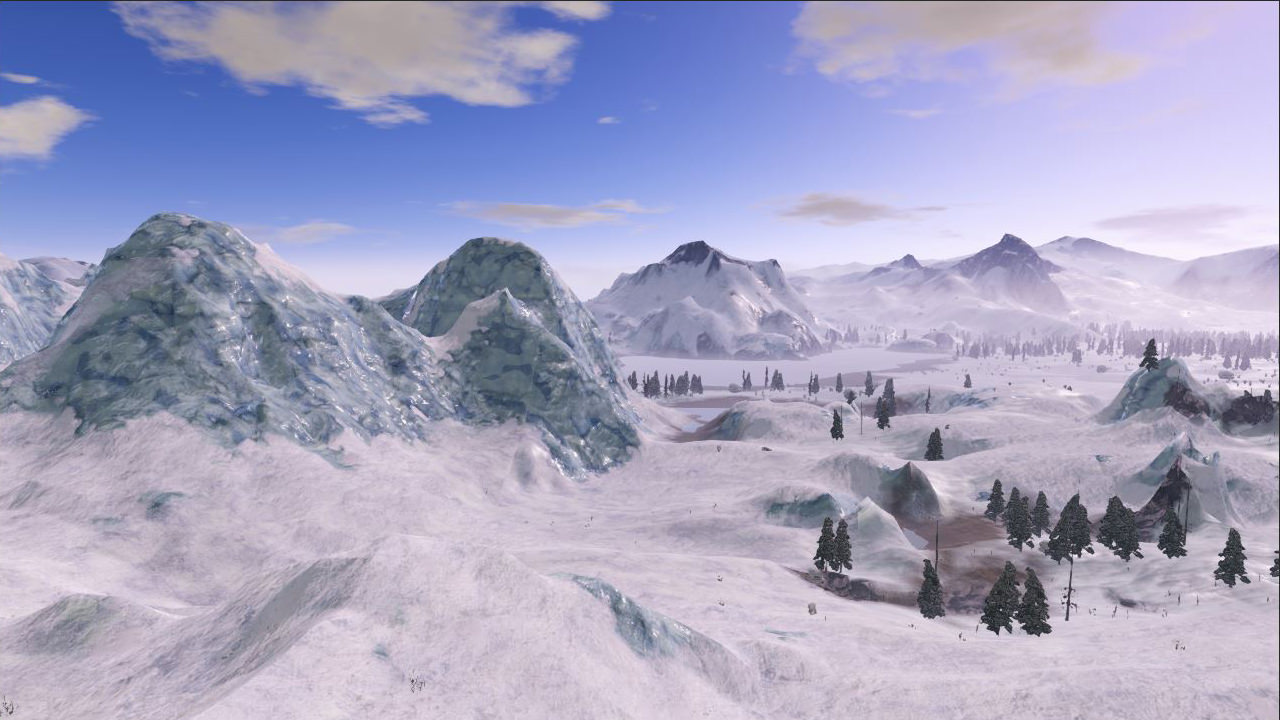 Balancing:
- Reduced amount of spider spawns around Promethium Deposits
- MedicStation BA and CV now heal 500 HP at once (MedicStation HV heals 250 HP at once)
- Changed range in which plants grow outdoor from 20-30°C to 15-35°C
- Increased HP of TroopTransport to 14000
- Reduced impact of temperature for several weather types
- Moved FoodProcessor To Level 3

Playfield.yaml / Sectors.yaml Update:
- Added new dynamic yaml parameters: WaterProb and PvPProb. Adapted these parameters for all playfields
- Allow for designation of starter playfields by game mode (Survival/Creative) in sectors.yaml
- Correct setup of space graveyard in space_dynamic.yaml
- For now only 1 moon for each planet in RandomDefault scenario
- Updated Akua-Omicron sectors so that planets are on a disc/plane

PDA Update:
- For NearUnit Guiding the visible distance of the marker can be configured (also to be not visible at all)
- Added new game event "PlayfieldTypeEntered" aside from "PlayfieldEntered" to also allow PDA missions to use this information (and to not change the meaning of an existing event)

Changes:
- Added Creative setting for Akua Orbit and added orbital base - thanks to Tamarak7777
- Implemented Lockout Timer check in R2T Window and moved "Repair in Progress" to status info label
- Adapted exit transforms on all SV/HV cockpits + passenger seats > please re-test
- Removed "BaseItem" tag from several ore types in Templates
- Loca update: "Pickup blocks" now 'Retrieve Blocks'
- Stack size increased from 5 to 6 (for better use with symmetry plane)
- Added TurretEnemyRocket and TurretEnemyArtilery to Alien Devices
- If structure contains no blocks any more, it will be now removed within a few seconds
- Do not export ZiraxMale to Config.ecf anymore
- Cleanup of playfields (removed test moons: +DesertMoon, +TemperateMoon)
- Console Command: added new sub command 'addtrooptransport' or 'att' to command 'aimanager' to spawn a troop transport in new frame work
- Console Command: added new command "aim tttoggleforcedetection" or "tttfd" to force the troop transport to target the player.
- Avoiding CoQ and adding error message when a spawner spawns an entity that is not in the config file any more.
- Controller Update: Made analog slider control less choppy (still needs a bit of tweaking)
- RepairBay block cannot be rotated anymore (to prevent misuse)
- Renamed MarkerBlock into DroneSpawner and changed model (it is now placed flat on a block).
- DroneSpawner blocks now appear in Control Panel so "Show on HUD" can be activated
- Renamed "Carrier" into "OrbitalPatrolVessel" OPV > please adapt your custom playfields

Bug Fixes:
- Fixed: Memory Leak
- Fixed: RadarSuitT1 not working in toolbar
- Fixed: Do random distribution of POIs / resources depending on playfield seed if given (before: all POIs/resources were distributed almost equally based on main seed)
- Fixed: R2T console is accepting any item put into it (Now only accepts "Base Items" like Ingots, Plastic Material etc)
- Fixed: R2T: Repair Blocks breaks Repair bay progress and info and does not finish repair
- Fixed: R2T: Repairbay gets stuck in 'Receiving Repair Data'
- Fixed: R2T: Ship is pushed UP when repair is ready
- Fixed: R2T: Vessel is being placed inside of the BA after R2T is finished.
- Fixed: R2T: Iron ingots duplicated and vanish when repairing in repairbay
- Fixed: R2T: CoQ when placing Ores that do not have a Template into R2T Window
- Fixed: After moving far away from a vessel & returning to it you can no longer open the CP when standing by it & aiming at it.
- Fixed: Instability of recursive constructor's crafting algorithm after having been far away for a while (sometimes left extra items in inventory)
- Fixed: Troop Transport stuck at dronebase
- Fixed: Waypoints on the other side of green wall are not shown correctly on RADAR map
- Fixed: Dropdown menus to close with 'UICancel' (Escape or B on controller) without closing the menu.
- Fixed: HV: Medbay is not added to STATISTICS page
- Fixed: Some line drawing problems in TechTress by re-arranging some devices
- Fixed: Text under “Upgrade” should be in white font
- Fixed: Temperature info and position differs between planet and sector view
- Fixed: Exception when approaching carriers
- Fixed: Carriers are not spawning any space drones
- Fixed: Ships don't have repair shield sometimes
- Fixed: Closing trapdoors did not work anymore in PDA Mission
- Fixed: Survival constructor can be made to not use ingredients from the quick access bar
- Fixed: SV landing gear (docking pad) does not give components after salvage
- Fixed: Closed cockpit and passenger seats have wrong exit points (stuck in vessel) > we fixed more use cases
- Fixed: Warp: Lock Target button and Warplines Toggle inconsistencies; Add view buttons to sector map; other tweaks
- Fixed: Multi tool 'Salvage' mode returns too much items in certain cases
- Fixed: Water Generator puts out heat when unpowered (removed heat from several terrain placeables)
- Fixed: Exception when going to orbit in DefaultRandom Scenario
- Fixed: Broken display of clone chamber and medic station
- Fixed: Problem that Entity Spawner was spawning "ZiraxMale" per default (Note: renamed ZiraxMale into ZiraxMinigun)
- Fixed: LOD issues with several grow-able plants (disappeared too early)
- Fixed: 'Jump' in the sky & nebula when moving fast on terrain and in orbit
- Fixed: Terrain Editor TE window: when using “Reset” the DominantLayer property is removed
- Fixed: HUD name tag of structure still on screen after being disassembled & is being repositioned constantly.
- Fixed: Admin/Alien Admin Stations: Ship Type Cannot be repaired
- Fixed exception in debug mode (load pf from main menu) when opening CP
- Fixed: Sound when consuming Energy Drink (now Drinking instead of eating)
- Fixed: Missing grass in Oasis biome on Desert planet
- Fixed bug SSG orbit map when no moon in orbit in certain cases.
- Fixed: ESC menu can get stuck on screen
- Fixed: Problem that RadarVesselT1 did not show up in Constructor
- Fixed: Mouse cursor jumps to screen center when joystick is plugged in
- Fixed: Double radiation info given for player armor
- Fixed: InputContextManager messages.

Incredible to see how far this has come.