Posted by EleonGameStudios on May 18th, 2018

Alpha Experimental 8.0 is progressing nicely thanks to your dedicated and wholehearted feedback!

In Phase 5 we not only squashed more bugs, but also added a first iteration what will address one remaining challenge that came with the up to 64x increased playfield sizes: How do you find a Ore deposit or a POI with so much space in between? With a Radar!

The Radar that will be available with this update is pretty much NOT a device that will pinpoint the exact location. It is also not a ‘track-all-your-foes-in-a-distance’ device - it is explicitly only tracking ore deposits (SSOR and Voxel) and POI. The current T1 Radar will give you an approximate direction and a hint how many contacts you can expect when walking into this direction, serving as the most-requested helper for ‘getting a direction where you could run into something interesting’.

For feedback on this brand new and still ‘work-in-progress’ feature, please join the thread over here for more info and discussions: Empyriononline.com

Beyond that, we again added new POIs, new game parameters, made a lot of fine tuning, for example on the new status effect system and the occasions where you can run into those, loot tables, weapon and NPC balancing, as well as on smaller and larger changes on planets, playfields and other major features like Repair-2-Template and AI.

Check out all the changes and additions below and please make sure that you are using the available discussion threads for the main topics and contribute your feedback!

As always: First play, then Feedback! :)

Note: If you are NEW to Alpha 8.0 please read the individual feedback thread starters as they contain valuable information of the new gameplay mechanics!

Please report all bugs over here: 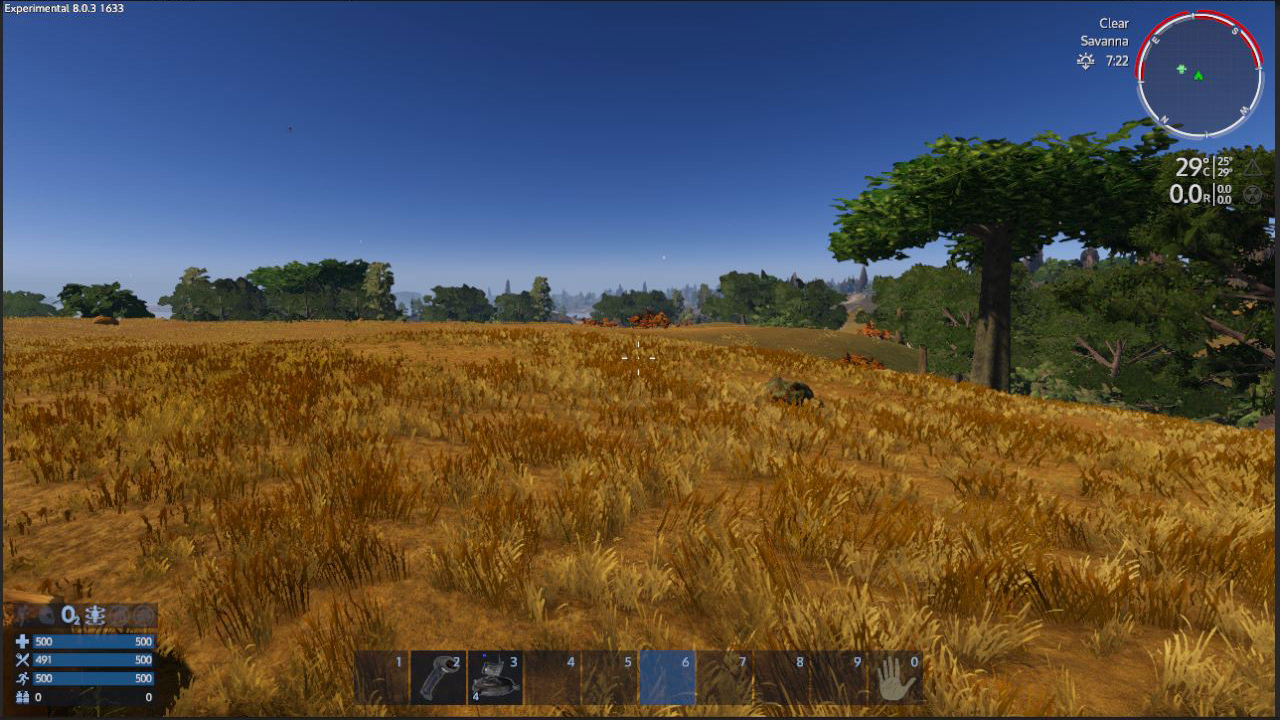 In the above screenshot, you should go into southern direction,
where you can expect to find several POIs and/or resource deposits.

The OUTER segment is showing you WHERE to go. The radar has 4 segments, one in each direction. The INNER sub-segments (when highlighted!) will tell you, how many contacts you can expect when going into this direction. Any main directional segment has up to 4 sub-segments: 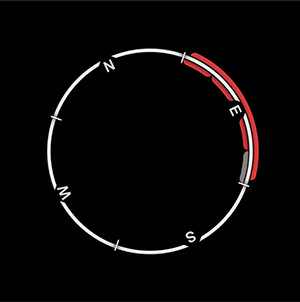 Gameplay:
- Added possibility for generating and placing compound POIs via space_dynamic.yaml files
For an example of a space graveyard, see starter orbit in Random Scenario (Thanks to the creators who provided us with the prefabs: rainyday, Runningwithhamster) 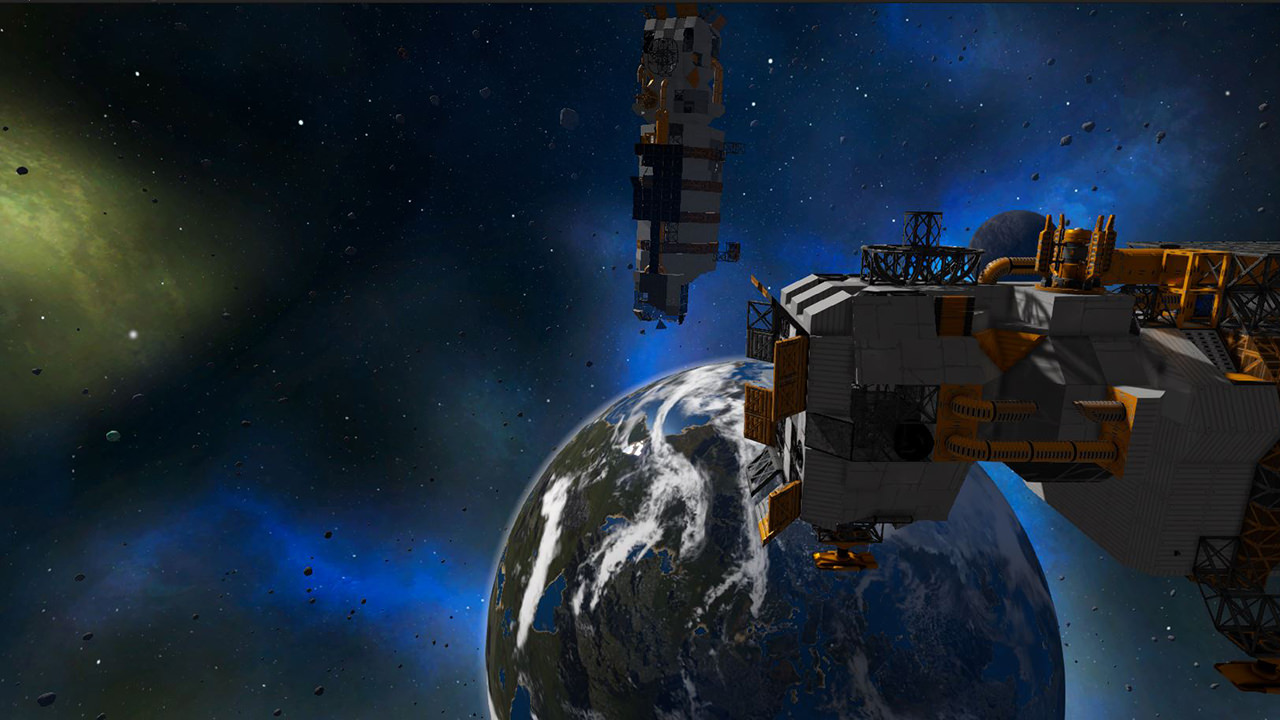 - Re-enabled possibility to have large stacks in Creative mode (eg 999 Generators)
- Updated POI distribution on desert, alien, snow, lava planets
- Added ability to define SpawnZones and SpawnRateZones, example in TemperateStarter/playfield_static.yaml
- First implementation of penalty for entering wrong code to all lock codes (wait timeout of 1 minute after third wrong entry, 2 minutes after fourth)
- Added new SpiderBAI01 to some PDA missions (should now trigger either for the old and the new Spider01)
- RespiratorCharge can also now be used to fill O2 tanks
- Removed Small Oxygen Bottle as reference from Missions (swapped with Respirator Charge instead) 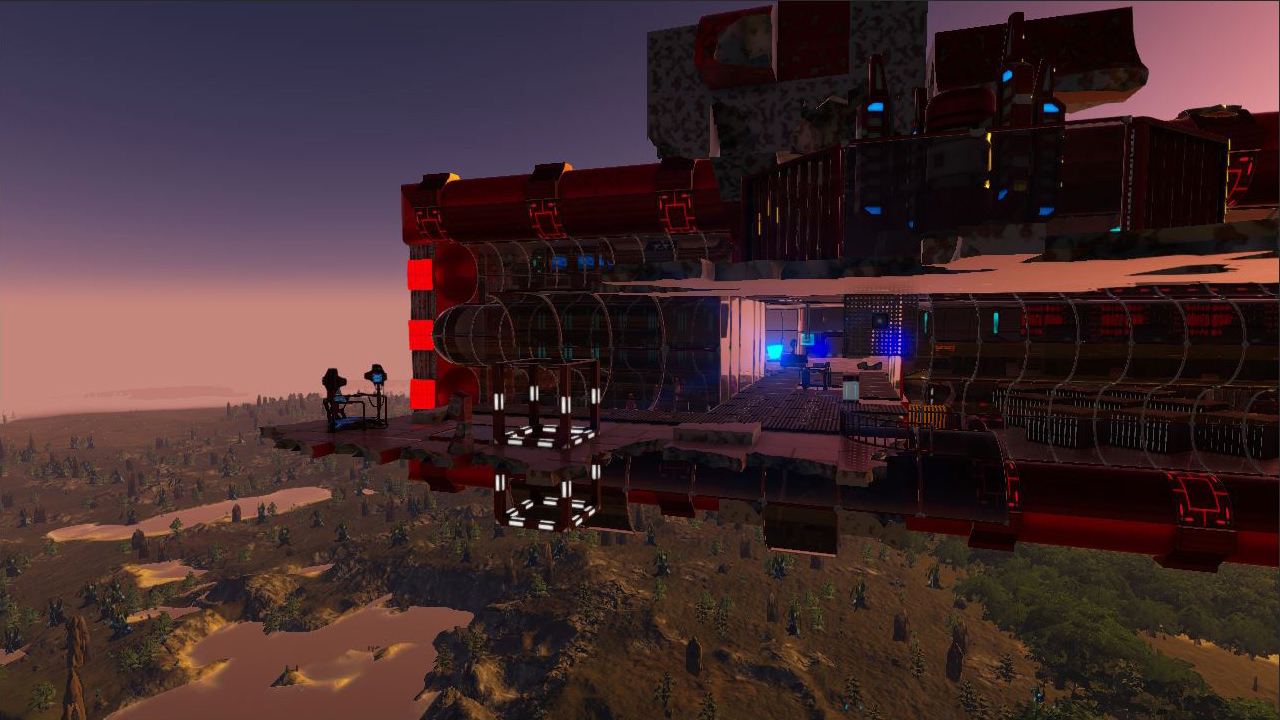 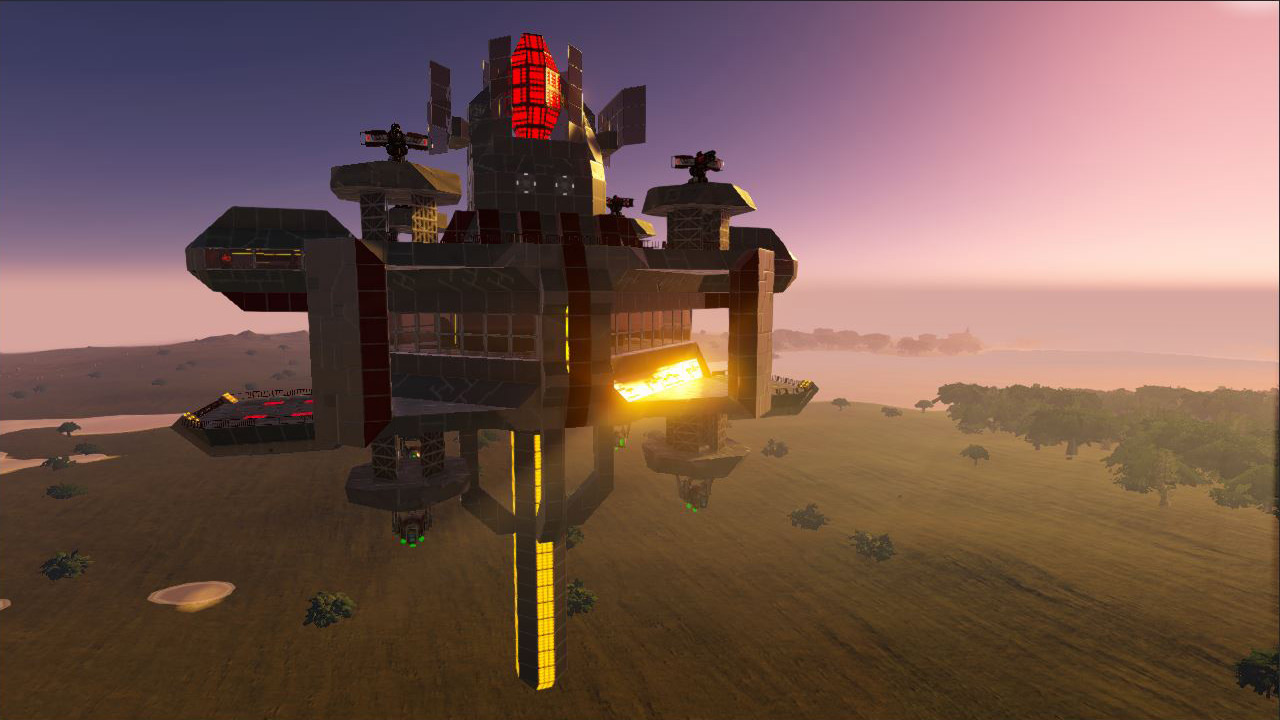 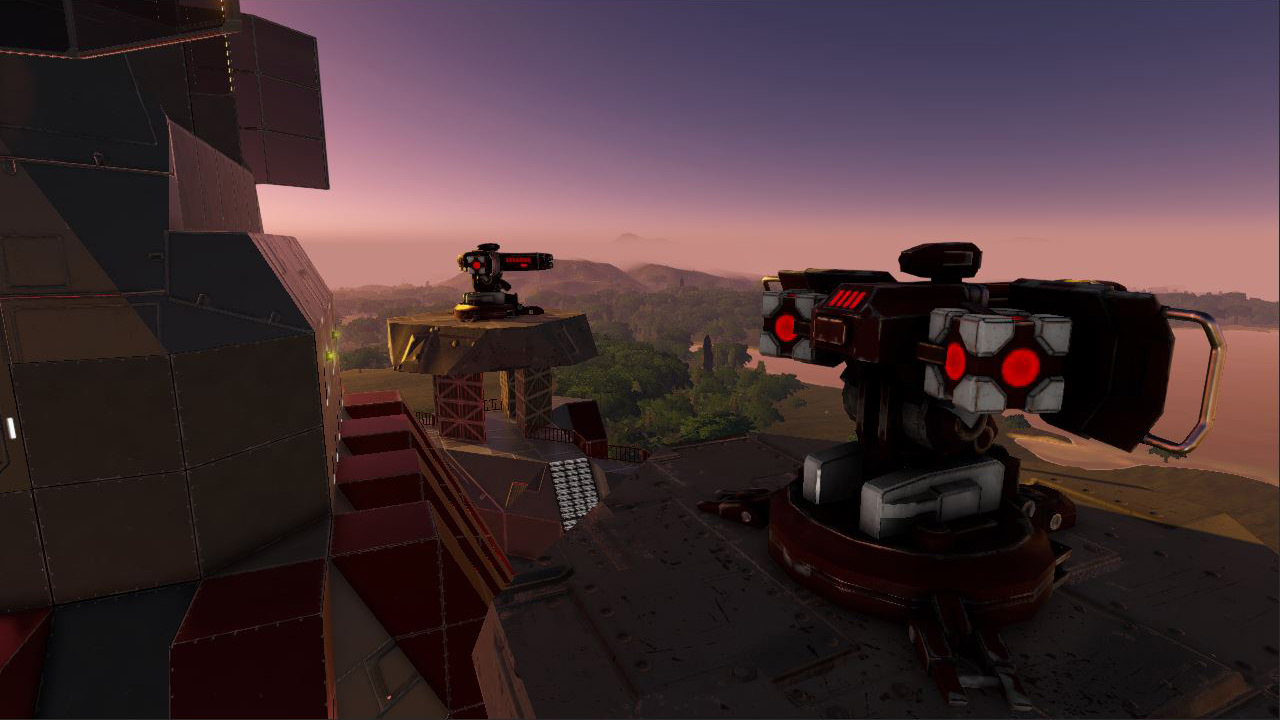 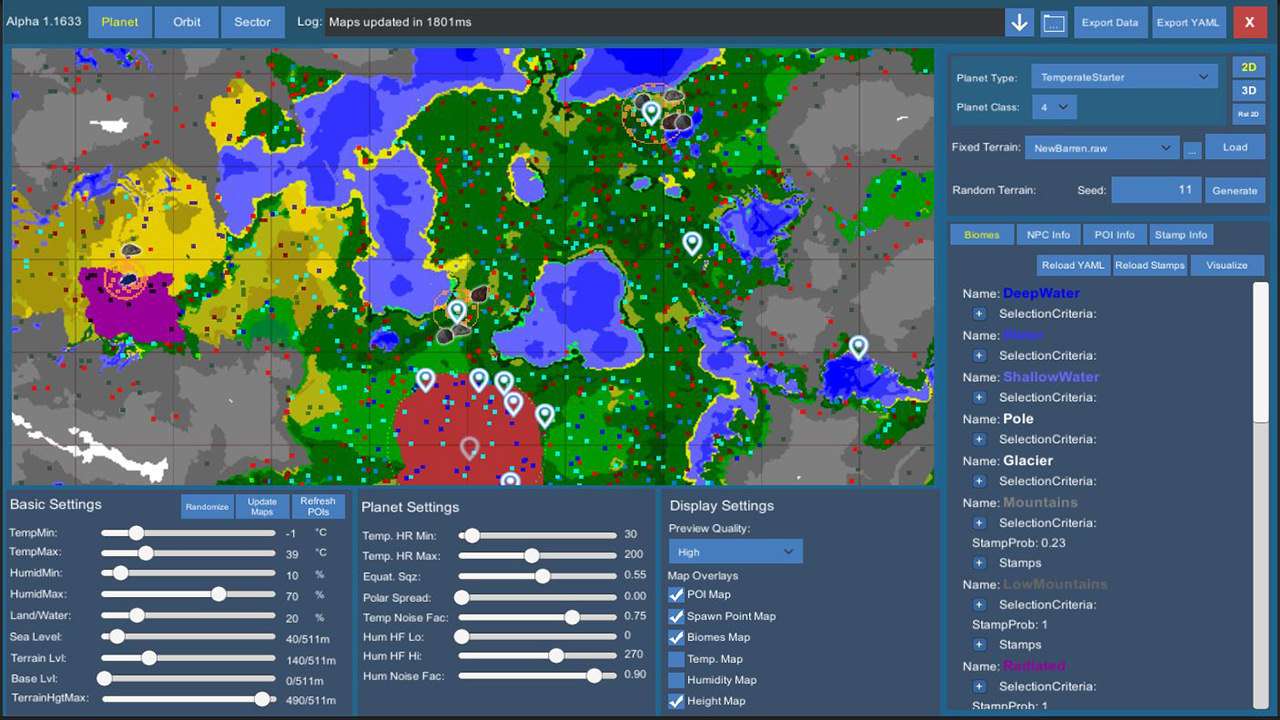 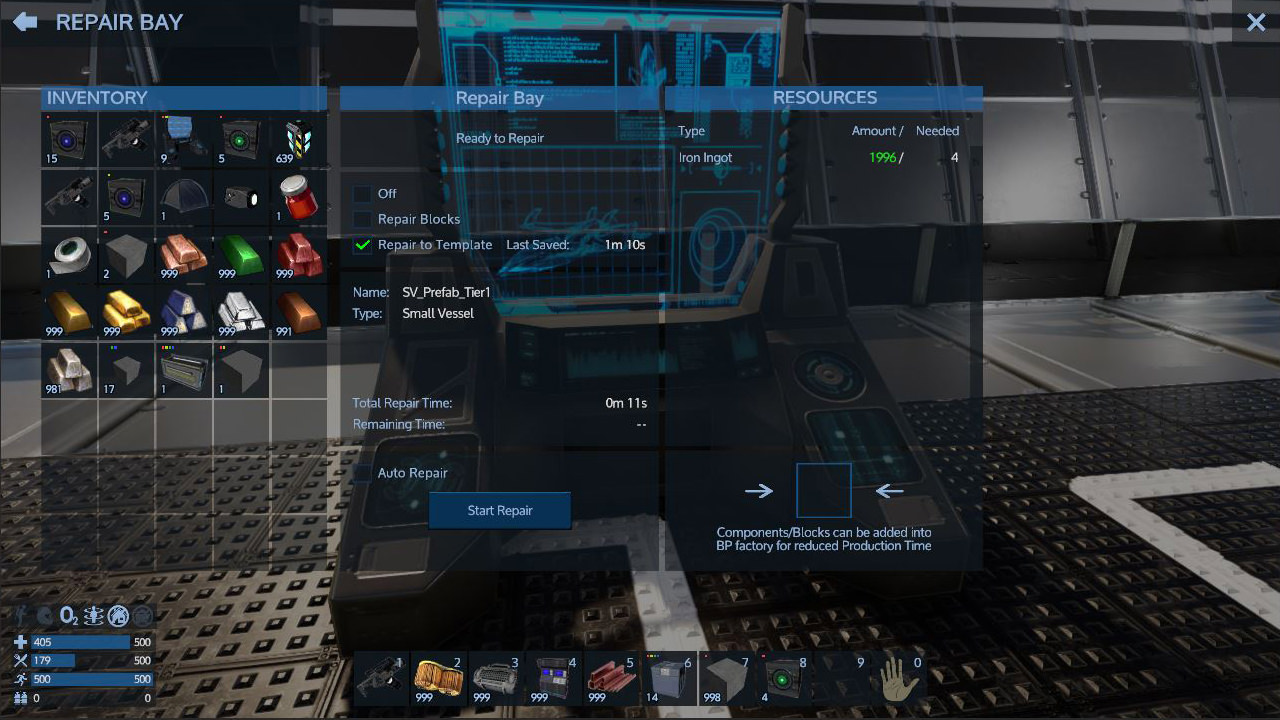 Other Balancing Updates:
- Increased amount of meat drop for large NPCs (Triceratops, LizardMule)
- Adjusted template for Emergency Rations to match food value again.
- Reduced Bullet Spread for Shotgun, ShotgunT2 and Shotgun Enhanced
>> Please test if the handling and efficiency on close quarters feels improved and is not too strong (too precise on distance) compared to other weapons now.

Template Availability / Consistency Update:
- Mobile Constructor
* Added back some CV/BA devices so you can kick-start a broken CV or Base: Core, Small Generator, Small Fuel Tank, Large Constructor, Solar Capacitor, Solar Panels (small)
* Added Player Bike + Player Bike Kit
* Core block can now be crafted in Mobile Constructor
* Added Cobalt, Neodymium and Sathium Ingot crafting
* Added L-Size building blocks: Steel, Concrete, Wood, Truss
* Added Window L-Blocks
* Added Automated Door L-Blocks
* Added Hardened Steel Plates (Component)
* Removed Armored Windows S
- Large Constructor
* Added Capacitor (Component)
* Added Erestrum, Zascosium and Zascosium Alloy crafting
* Added PowerCoil
Notes:
1. This is a temporary change for Alpha 8.0, as our agenda, we want to follow, is that you should be able to craft any device inside the constructor from the ground up (ore level). Excluded from this agenda are Weapon Kits, Autominer Cores (and anything that is per default not craftable by a player) as well as some "biological and farming items" like the growing plots, as there is currently no good way to share those templates between food processor and constructors (will be subject to change in the future).
2. With Alpha 9 bigger changes in crafting and material-crafting progression might happen.
3. As soon as the game can offer some sort of Automatization in the future, the agenda of having a "all in one crafting device" might be revised due to an updated gameplay approach.

Other Changes:
- Exporting all weapon related stats for Blocks again in Config.ecf
- Update of desert planet: POI, NPCs, biome distribution
- Removed regeneration on mid-part of crashed ship on snow planet
- Only show XP gains of 100 or greater in XP/Pickup window (instead of 50 XP before)
- Updated 'EnableTrading' settings: The use of 'GlobalVirtual' is deprecated but accepted as 'All' (which enables all forms of trading as it has been actually used like this), player to NPC trading can now be disabled
- Multitool Update: "Deconstruct" is now called "Salvage", "Disassemble" is now called "Pick up blocks"
- Ammo for new enemy POI turrets does not appear in creative menu anymore
- Added missing icons for Status Effects
- Added missing preview icons
- Updated Localization.csv: Updated GER, JPN, RU, CHS, FR and GREEK (Thanks to our translators!)
- Added all block shapes for Explosive Blocks
- Added in game message 'No core present' when trying to open CP but no core is at the current structure
- Temporarily removed Tutorial scenario
- Removed grown plants from stock prefabs
- Updated PDA: adapted to new names

Sectors.yaml Changes:
We had to change the ordering of the fixed Sectors.yaml. In order to correctly determine the size classes of the planets and moons within a sector, we need to impose the following ordering:
<planet, moon...moon, orbit>

You can still have as many planets or moons in a sector as you want. However, the orbit must be defined last and the main planet first in the list. Please update your Sectors.yaml accordingly. Sorry for the inconveniences.

Bug Fixes:
- Fixed: Repair Cycle exploit for Repair-2-Template
- Fixed: Problem that some sub-components were not craftable in certain constructors
- Fixed: Several status effects did not work as expected
- Fixed: Config.ecf not accepting modified stack sizes & components
- Fixed: Config.ecf: Adding new ingredients to a template is not possible anymore
- Fixed: You can spawn a BP with plants for "free" and level up fast at the game start > please remove grow and harvest stages from BPs since we marked all grow stages as forbidden in BPs
- Fixed: Some keys no longer working & also some keys aren't recognized when trying to set key binds
- Fixed: Cant lock the warp target in sector map by mouse click. numerous other detail fixes in 3d sector map.
- Fixed: After cutting a vessel then pasting it back into the selection area the client will crash
- Fixed: New Medical Block group does not give back correct items when dismantled
- Fixed: Ammo dupe using the force disconnect (MP)
- Fixed: Asteroids, Freighters & Trade stations are being positioned too close to the planet they are orbiting.
- Fixed: Offline Protection: Do not activate OP if Allied Members are still online
- Fixed: MP/COOP: Invisible vessel when player returns after moving far away from other
- Fixed: Land Claim device works in terrain
- Fixed: Upgrading Large to Advanced Constructor leads to AdvC being unaccessible
- Fixed: Upgrading Large to Advanced Constructor leads to CoQ
- Fixed: After cutting a vessel then pasting it back into the selection area the client will crash.
- Fixed: Player report: Rebinding the pickup action is not working.
- Fixed: Zascosium rock resource was green instead of orange
- Fixed: 'No empty space to place block' appearing on bases when a certain time is reached.
- Fixed: PDA: Signal check does not work (Signal not delivered) when you are NOT in god mode invisible
- Fixed: CoQ with Food Processor inventory loss
- Fixed: PDA description not showing on first click
- Fixed: View Distance for Gold nuggets extremely short
- Fixed: Inventory overlay broken when using the X button for closing the console
- Fixed: Normal map on terrain texture RockGrey08
- Fixed: Replacing a Core with a different type breaks NPC Spawner config
- Fixed: Spawned player blueprints sometimes have random loot in boxes
- Fixed: Class 5 Planet has wrong underground layer
- Fixed: Config.ecf: MaxCount setting not changeable anymore (needs to be set at correct place)
- Fixed: New Game: Difficulty settings were not copied to savegame's gameoptions.yaml
- Fixed: AI planet vessel: PV ignoring player
- Fixed: Problem that alien plant worm did not change model when being harvested
- Fixed: Cockpit 2 window reflection issue.
- Fixed: Bomber in MP throw CoQ instead of Bombs
- Fixed: [R2TP] Random CoQ when clicking back and forth between check boxes in Repair Console
- Fixed: Missing color-icon of Survival Constructor for Techtree
- Fixed: Repair Button sometimes active in Repair Blocks mode while scanning
- Fixed: Gameoptions.yaml: Parameters missing -> Grief/Landclaim still active

Mod API Changes:
(Please update your MOD's since the DLL and the Requests changed)
- Request_ShowDialog_SinglePlayer has now a new Parameter (DialogBoxData). With it you can send a normal message box as before, but you can also send a message box with 2 buttons. The game sends the clicked button back in the "Event_DialogButtonIndex" with the Parameter "IntValue".
- EntitySpawnInfo has a new property "entityTypeName". PLEASE set it to null to keep the spawning of structures working as usual.
- GlobalStructureInfo: If some data (blocks/lights/devices/triangles/coreType) can't be,loaded (like shortly after a playfield gets loaded) the data will be set to -1 . This way you know the value is not correct/usable yet.
- PlayerInfoSet for Request_Player_SetPlayerInfo: You can now edit the factionRole (Founder = 0, Admin = 1, Member = 2, NotSet = 3), setLastNLogs (Amount of latest client logs that should be send to the server) and bpRemainingTime (in ms).
- PlayerInfoSet for Request_Player_SetPlayerInfo: You can now set only one value by setting all others to null.
- PdaStateInfo now contains the PlayerID
- Request_Player_ItemExchange now contains 49 slots instead of 35 (not tested yet)
- Re-enabled Event_Player_ItemExchange answer to dedi (disabled for testing and accidentally committed)
- Request_ShowDialog_SinglePlayer: allow Enter or Esc to be pressed as an equivalent to clicking the respective buttons