Posted by EleonGameStudios on May 11th, 2018 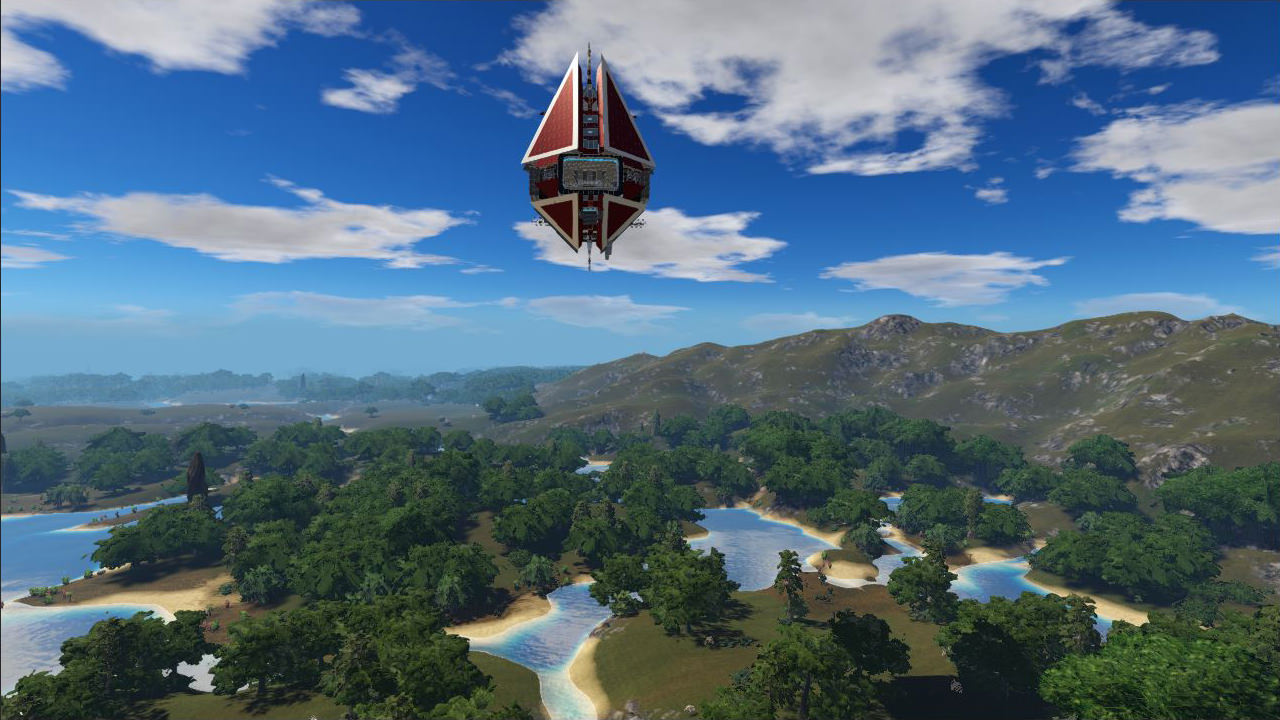 Welcome to Alpha Experimental 8.0 - Part 4! We are making good progress and are getting close to the final polishing and bug fixing phase.

Important:
- Please start a new save game in EXP 4 since we changed the naming of some yaml parameters (you can load old save games but the terrain might have changed)
- Please also make sure you do NOT use custom config.ecf when playing the Experimental version, as this can cause issues when items or their composition or template is changed. To ensure that, go to ..\Empyrion - Galactic Survival\Content\Configuration and rename or remove any config.ecf file (You can keep the Config_Example.ecf).
- Survival Constructor is now ‘Portable Constructor’ and former Suit Constructor is now ‘Survival Constructor’!

Phase 4 has again added a few more gameplay elements, like the Mobile Heater/Cooler that can directly be crafted from the Survival Constructor. This should further resolve issues with temperature - of course at the cost that you need to stay close to it.

Apart from changes to the Repair-System, we added a few more features that you will see growing in the next updates, like POI are now allowed to float, several updates on gameplay mechanics, visuals and loads of other changes and improvements!

As always: First play, then Feedback! :)

Note: If you are NEW to Alpha 8.0 please read the individual feedback thread starters as they contain valuable information of the new gameplay mechanics!
Please report all bugs over here: 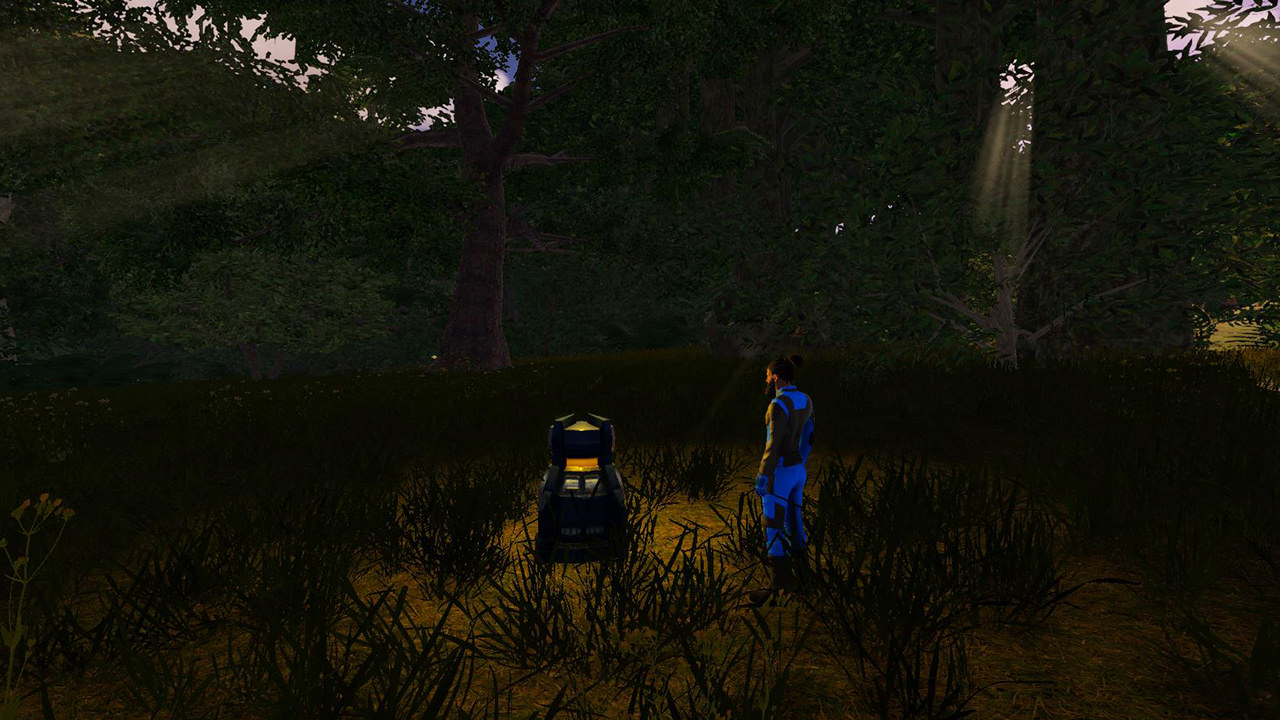 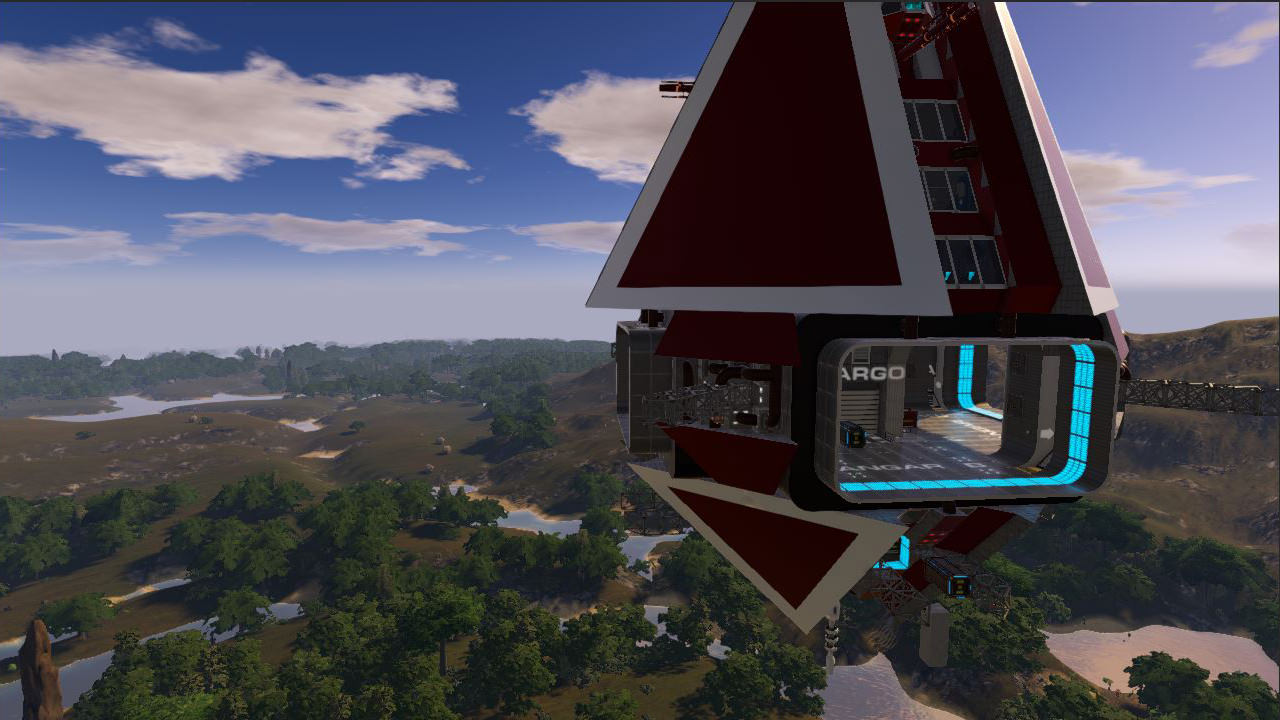 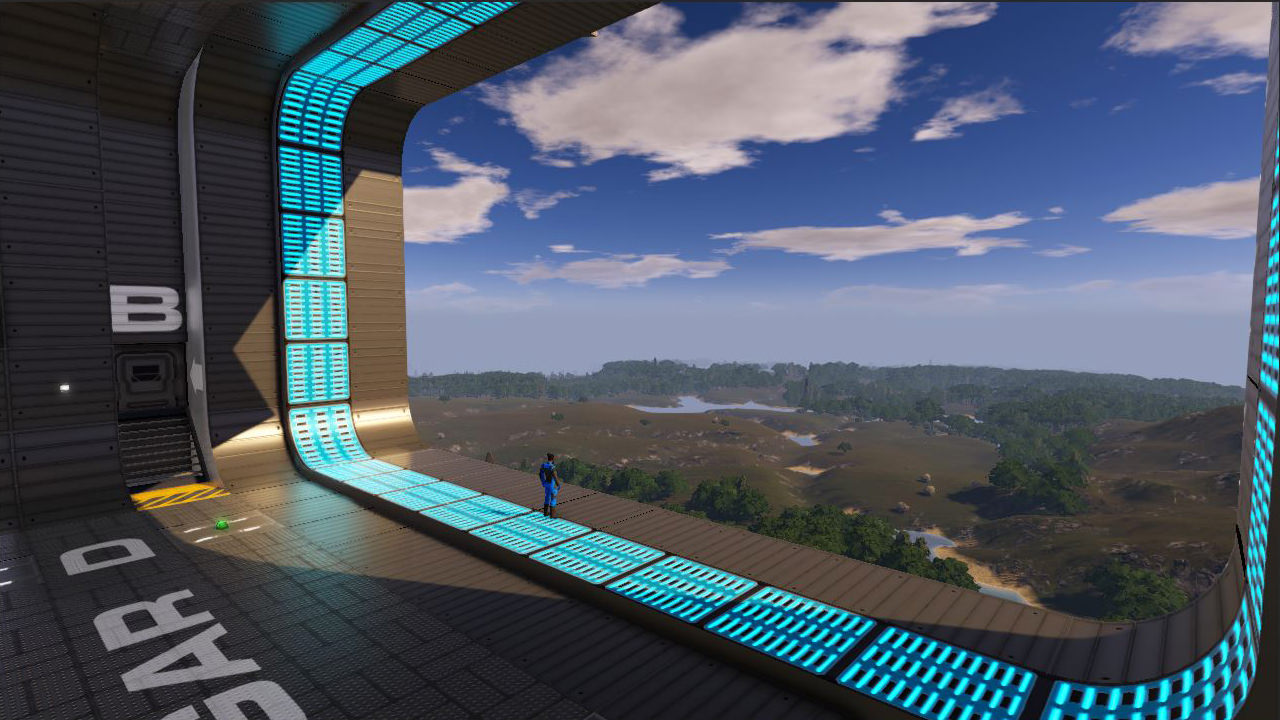 - Added possibility to switch off Structural Integrity via yaml:
You can now create floating bases by adding a new parameter to the PROPERTIES section of a POI. Have a look into the playfield_static.yaml in this folder for the full syntax: ..\Empyrion - Galactic Survival\Content\Playfields\TemperateStarter
- We added a floating Trading Station as an example on starter planet. Please note that this is just to showcase the new feature - we might replace it with a story POI anytime soon.
- We will allow to use random placement of flying bases in the next update (current only fixed placement)

Starter Planet Update:
We did a major rework of the starter planet: it has now a higher diversity (thanks to Needleship) 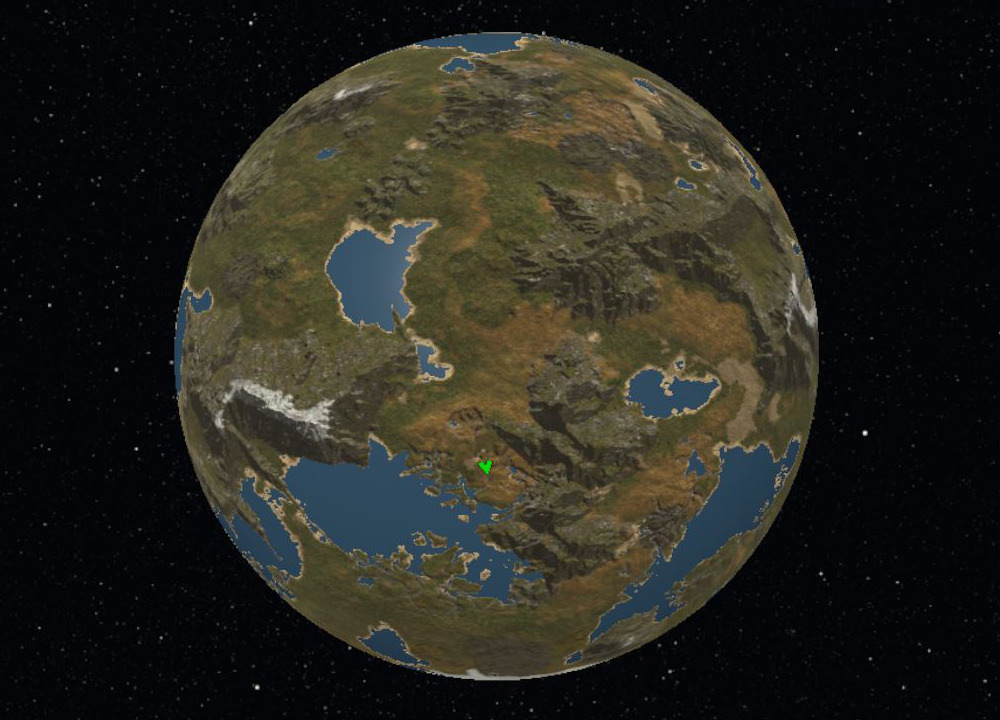 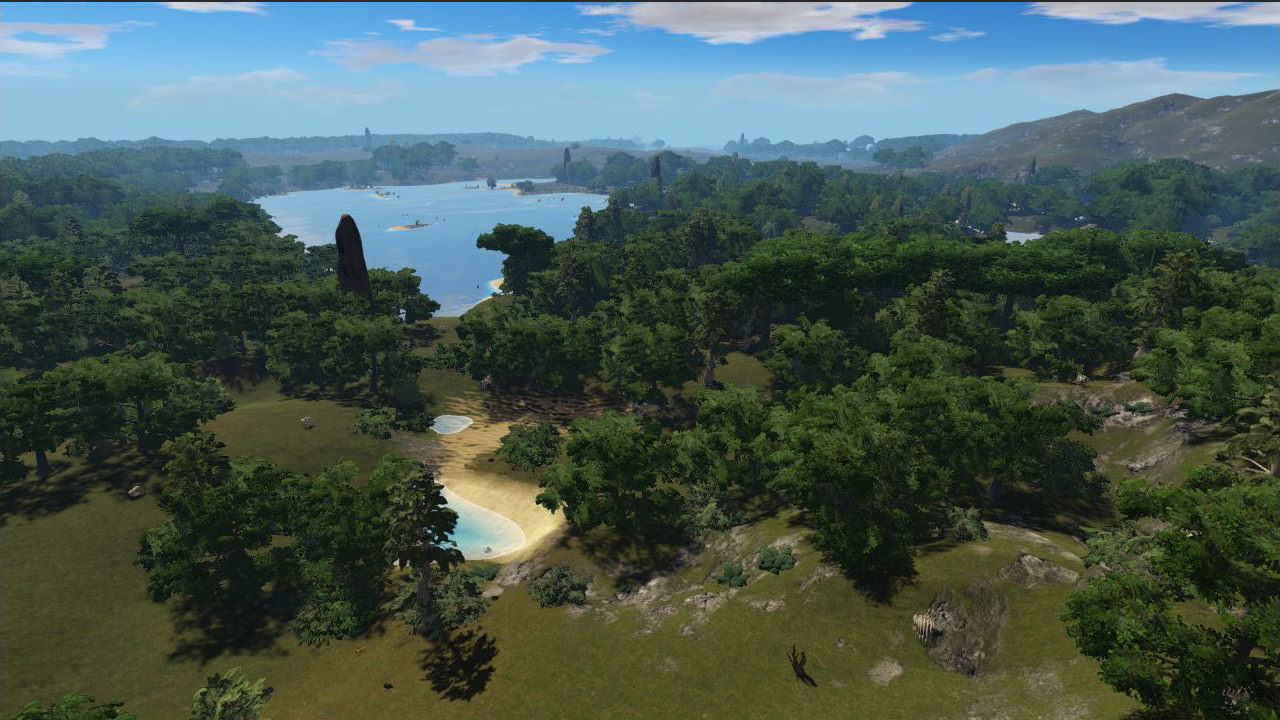 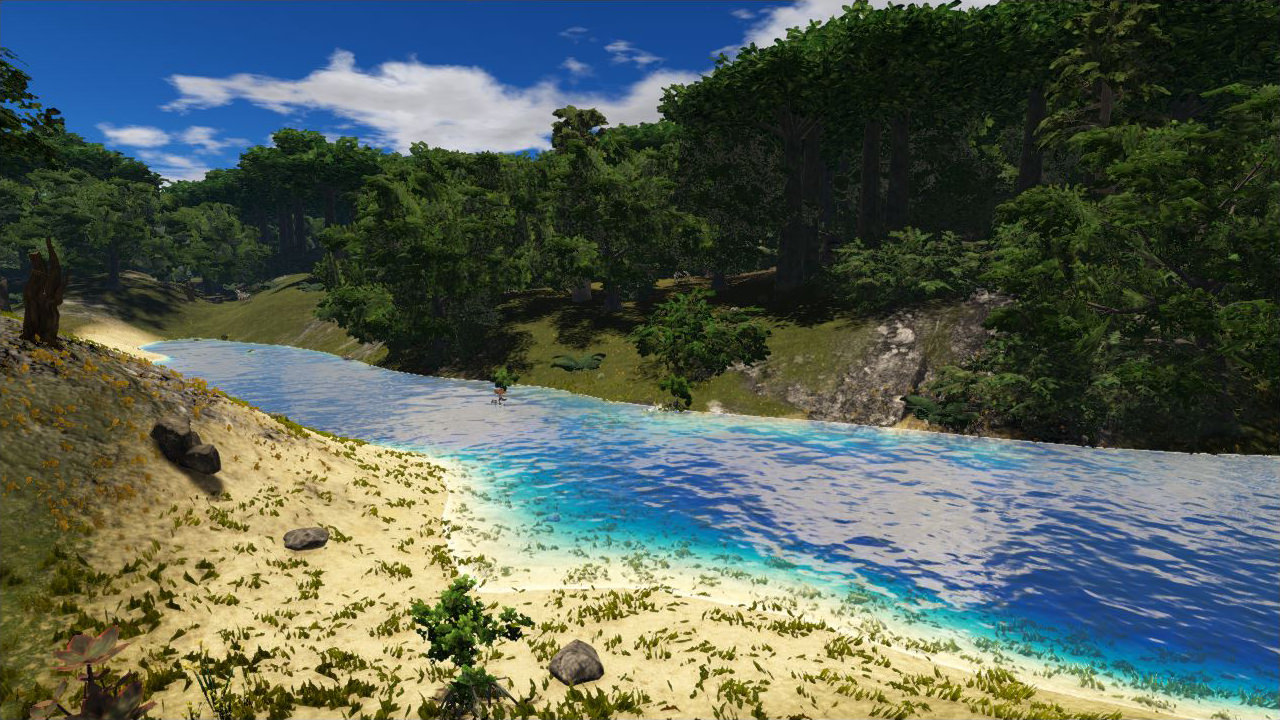 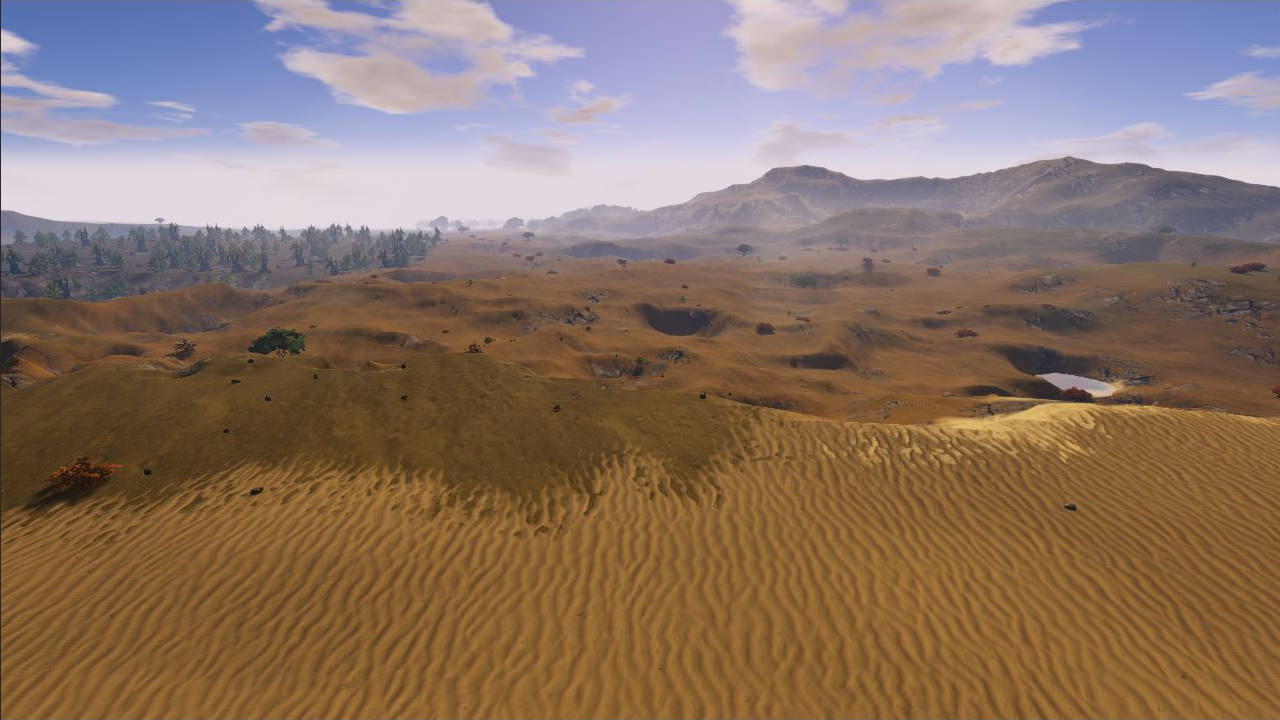 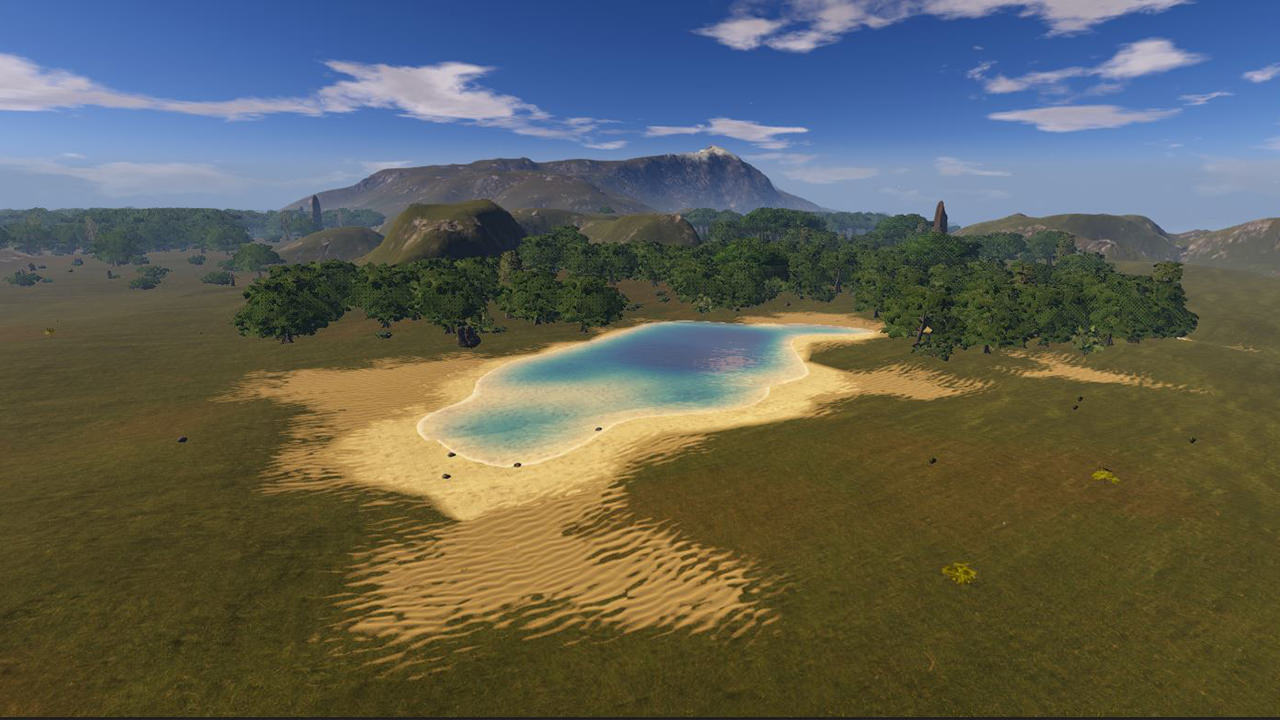 Balancing:
- Reduced energy consumption of O2 Stations to 5kW
- Increased HP of containers from 50 to 100

Constructor Progression & Consistency Changes:
In the upcoming updates (probably starting with late 8.x or 9.0), we plan to change where certain devices can be crafted in context to the specialization for a given structure/vessel.

As this needs more planning and might also need a full new concept of a material-crafting progression, we only removed BA/CV devices from Mobile Constructor (HV/SV) for now, as, after the recent addition of the Survival Constructor (Formerly known as “SuitConstructor”) and the addition of various devices that could not be crafted before, there are now better and alternative ways, which allow us to already add a better fit for a consistent crafting-progression and device specialization to some extend right now.

All those devices listed in the ‘Removal List’ below, can be produced with the Portable Constructor (Which can be produce with the Survival Constructor in a case of an emergency) or in a Base. We also removed some devices, which do not fit the Mobile Constructors assignment, being a device to fix up your small and hover vessel until you get back to Base or CV for full repairs/upgrades. An additional goal is to reduce amount of template clutter as well (As long as other alternatives to craft the removed item are available).

Please note that some of the new or old devices and weapons might still need components that cannot be crafted in the constructor from ores directly. Although this might become intentional for some devices, this will be one of the areas the planned material- and crafting progression will change on a global level in the future. 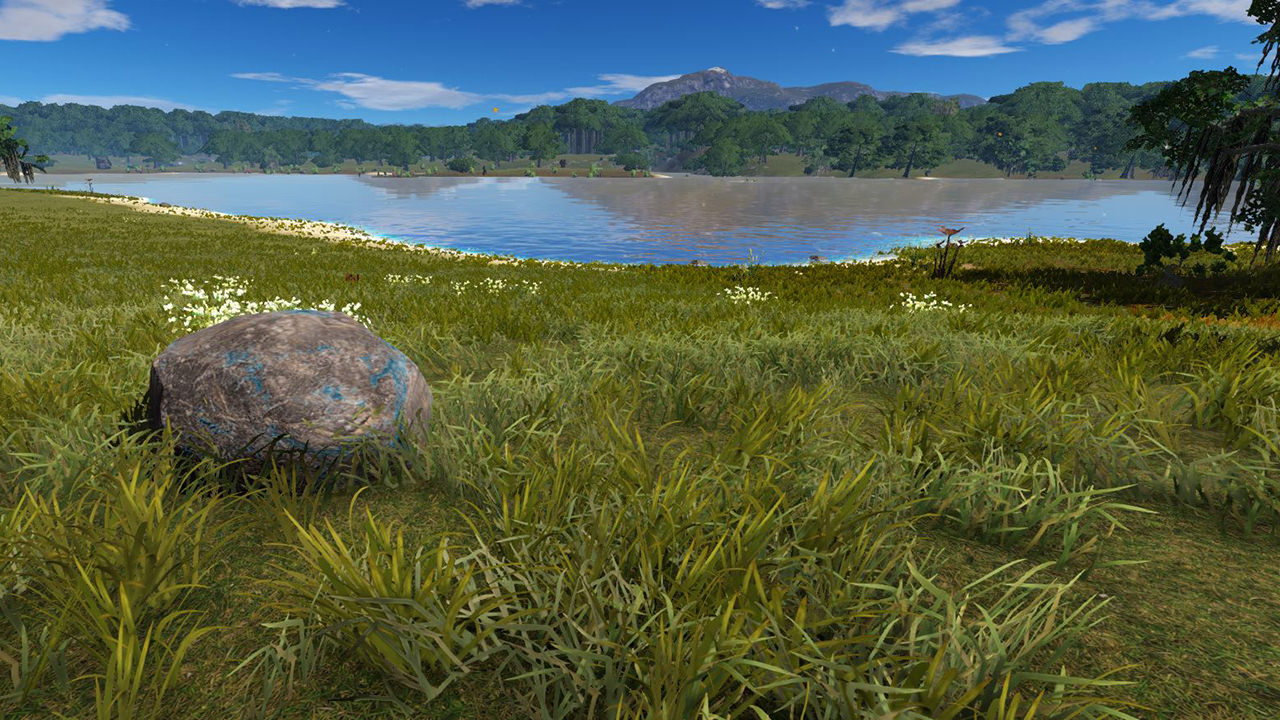 - Copper color tweaks > it has now the expected color of copper again
- Updated visuals and behavior of pickup messages (large panels and icons, only show XP Gains of 500 or greater in XP/Pickup window, etc)
- Terrain "Relief" is now only active in the distance (used for mountains)
- Updated some Control Panel icons
- Improvements to the 3D sector map. Small optimization to map planet loading materials (wait until the planet is visited first)
- Renamed info window when using Survival Tool on deco stones in “Rock Drill” mode

Update of Preview Icons:
We updated a lot of preview icons (especially ore resources + ingots, food items etc) to make them more distinguishable. Please let us know what you think

Gameplay:
- Player bike can now be spawned on the poles and near the former green wall
- Added Nutrient Solution to Portable Constructor (now in Food category)
- Triceratops is now classified as Prey again
- Adapted size class distribution of planets (class 2 and 5 have lower probability)
- Grouped MedicBay + all Medical Scanners in one Group
- Loot update: swapped Grilled Vegetables with Fried Vegetables
- Add possibility to set a Special Biome with random location (see starter planet)
- Added new parameter 'BiomesExcluded' to random POI and Resource data in playfield.yaml - use to exclude biomes for random placement. If both 'Biome' and 'BiomesExcluded' are specified, the new one has priority: Added example for BiomesExcluded to starter planet
- Removed movement collider for several plants
- Added Regenerate properties to all POIs and asteroid resources (active if regenerate is enabled in gameoptions)
- Small console is now displayed in the control panel and can be grouped 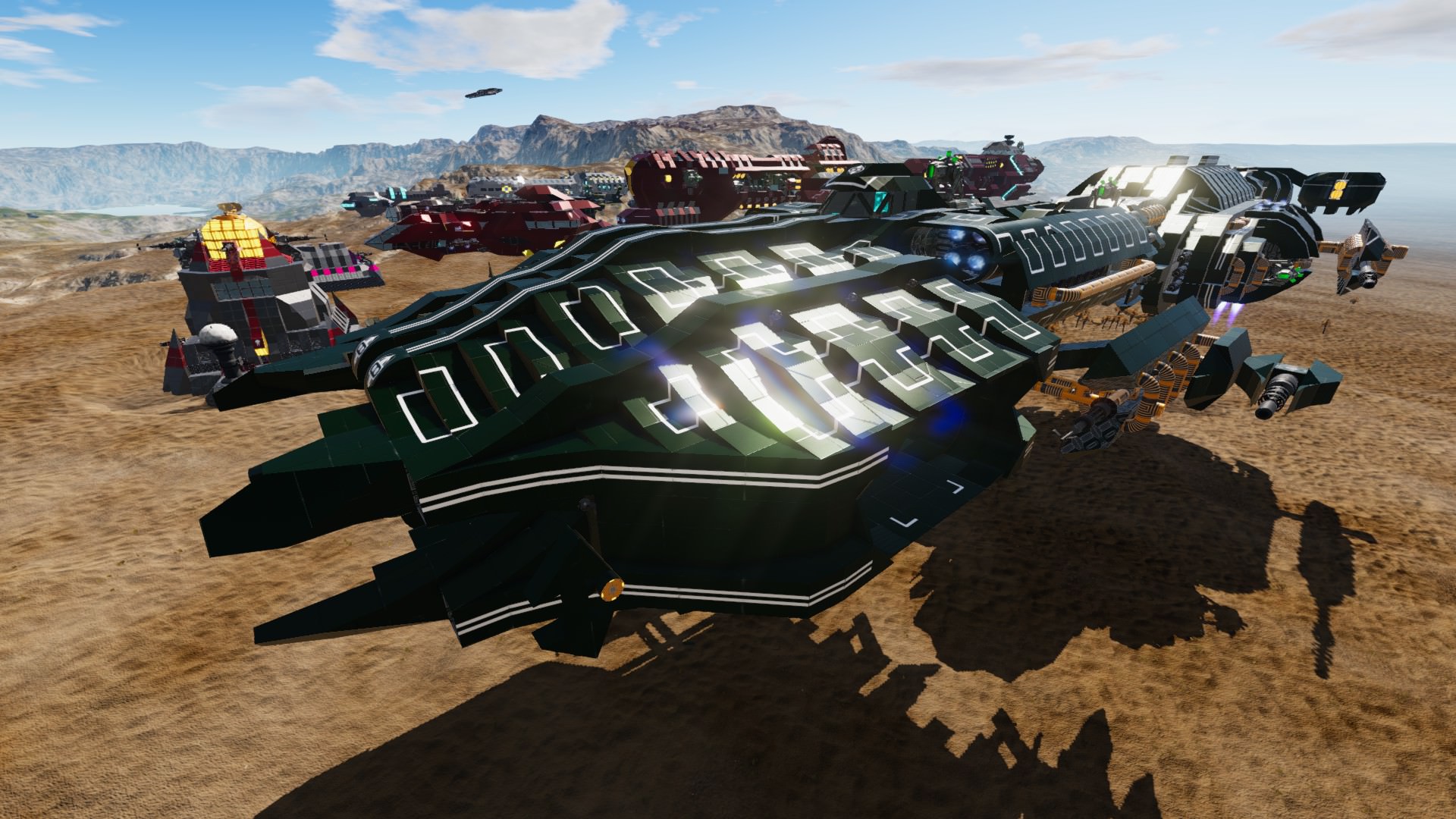 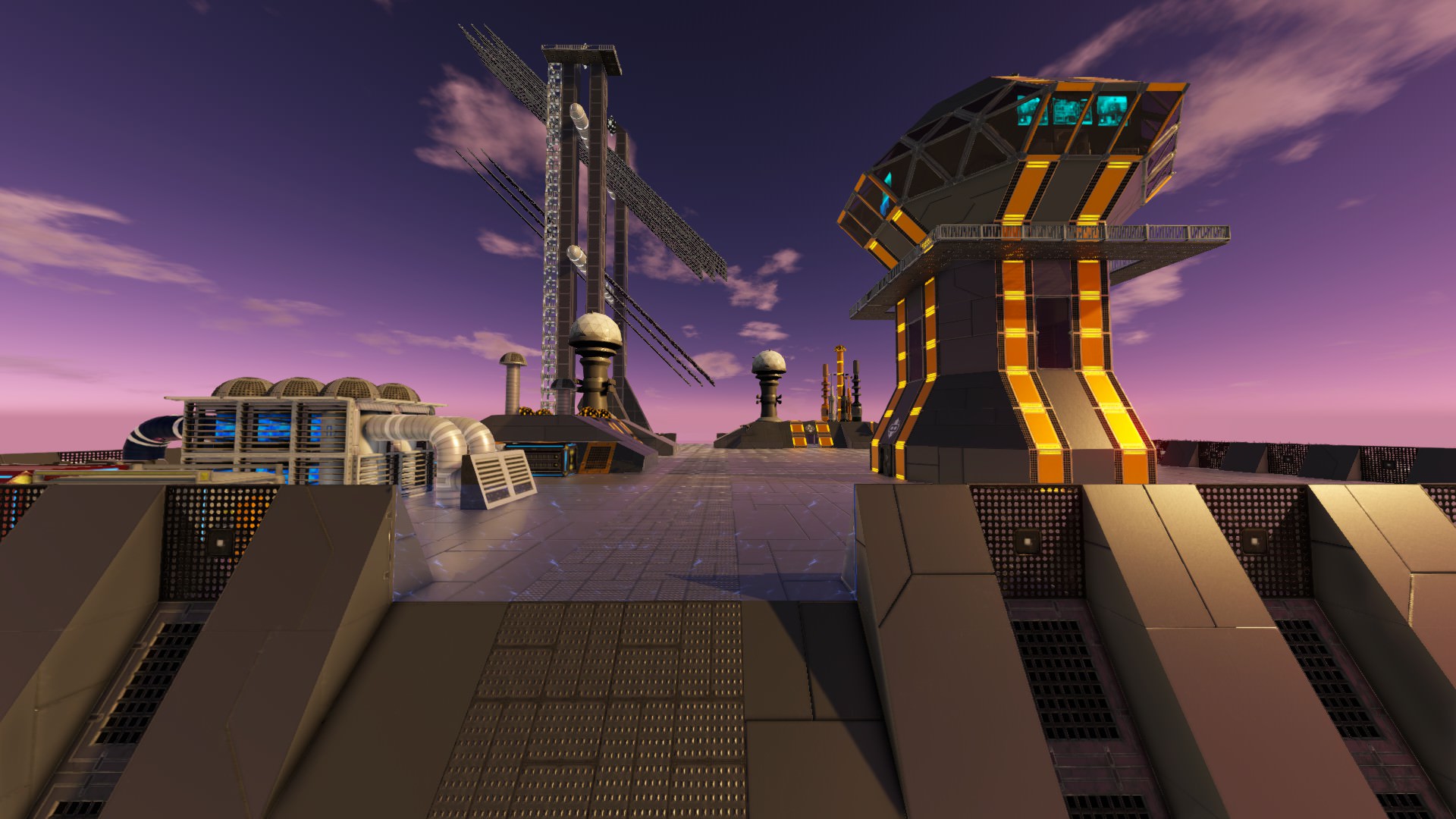 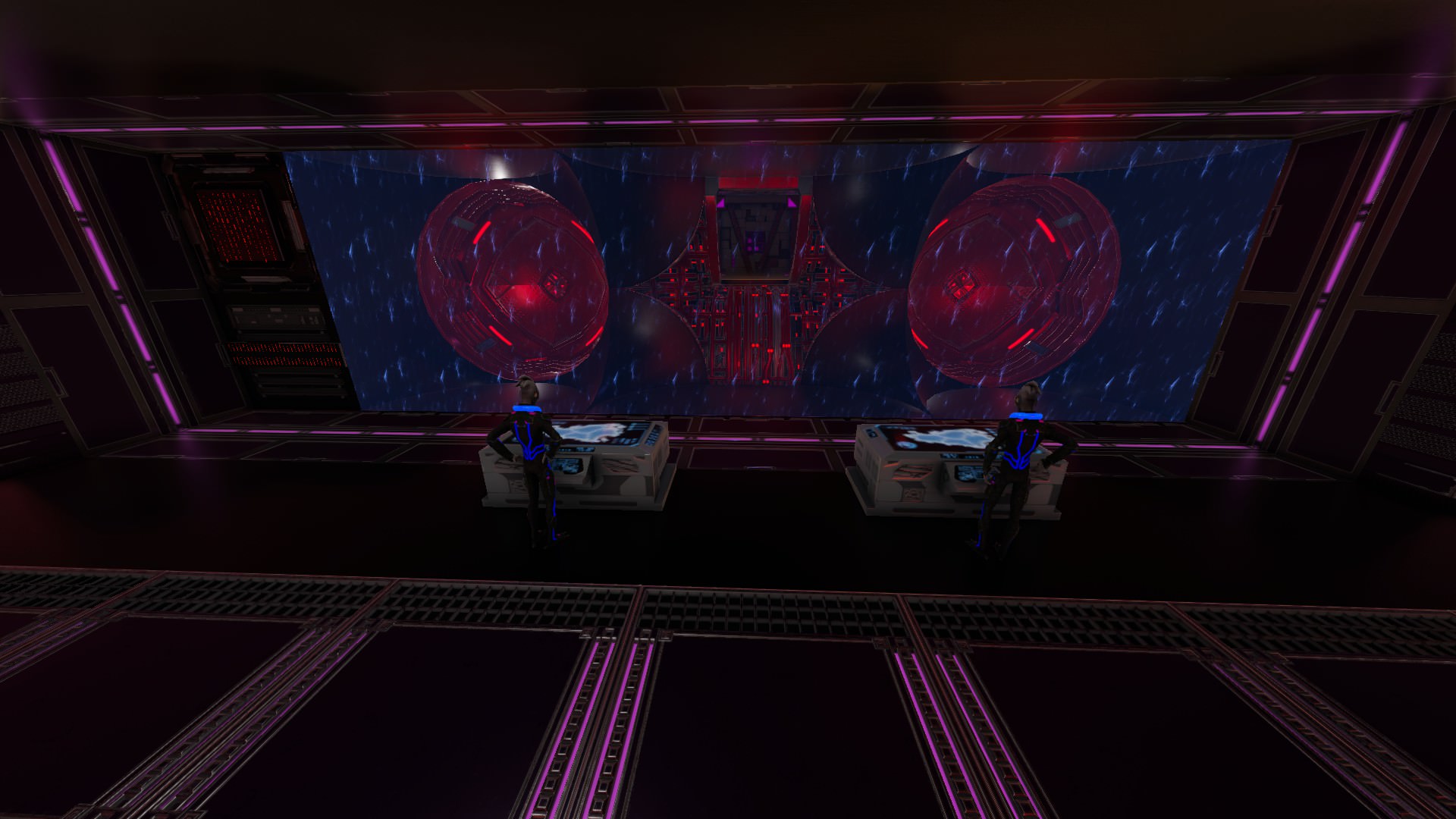 - Added new Tier 1 Stock Base: Thanks to Jenniphurr 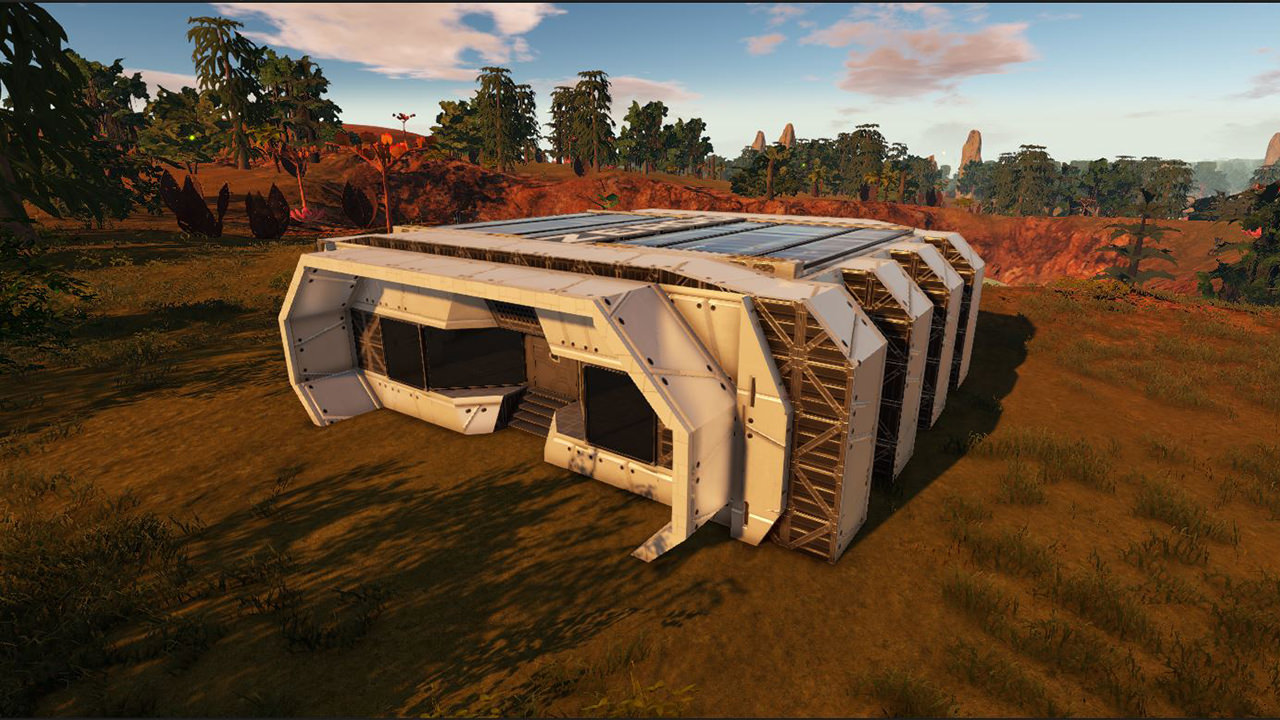 Derelict Mining Ship POI update (thanks for your feedback):
- Made the entrance bit more visible, easier to spot where you should start
- Added couple lights to steer you into right direction once inside
- Opened all the hatches and lattices so that you don't have to destroy a single block in order to go thru this dungeon (also makes the 'correct' path bit easier to spot)
- Minor tweaks here and there
- playfield_static.yaml: Added group name "DungeonSpace" for BP Group

Planet Generation Update:
- Supporting now 1. missing SelectionCriteria, 2. SelectionCriteria with first item 'true', 'false' to be either always true or always false
- Added BiomeStampTries to yaml
- AvoidDistance now uses [min, max] (instead of x,z distances)
- Added StampForcesBiomeType: OverlapAll, OverlapOwn, OverlapOther, OverlapOff
- With all StampForcesBiomeType that allow overlap, an overlap of 20% is allowed
- Renamed "StampsForceBiome" to "StampForcesBiome"
Important: all playfield creators need to update their yamls and rename this property. Sorry for the inconveniences

Bug Fixes:
- Fixed: Duplicating Survival Constructor
- Fixed: Hotbar items duplicating from the survival constructor
- Fixed: Hotbar items disappearing
- Fixed: Problem that player was sliding on terrain > can you pls verify if it behaves again like before EXP - Part III release
- Fixed: Item dupe
- Fixed: Dropped items from repair bay not properly stacked
- Fixed: Waypoints do not show the shortest route if the waypoint is on the other side of the former green wall
- Fixed: Space AIPV not taking damage from player weapons.
- Fixed: Vessels taking no damage from AI Turrets.
- Fixed: When cutting down a tree with a HV not all of the wood given goes into the Harvest box.
- Fixed: Teleporters on stock POI's target locations are causing players to get stuck in the loading screen.
- Fixed: Voxel Ore Deposits not entirely emptying.
- Fixed: Severe SI issues with POI placements
- Fixed: Lever state is not respecting the saved status
- Fixed: Terrain collectible plants becoming uncollectible.
- Fixed: When resuming a game, a harvested plant cannot be destroyed anymore
- Fixed: Repair bay T1 and T2 does not work anymore
- Fixed: OUTPUT queue of Food Processor does not stop perish timer
- Fixed: Possible to place a T1 RepairBay when having a T2 already
- Fixed: XP and Unlock Points indicators disappear when switching between Suit Constructor and Stats in Player Window
- Fixed: After placing a prefab BA the Solar panels are not turning on in the daytime.
- Fixed: Heavy Window Blocks do not mirror correctly
- Fixed: Problem that the marker after depleting a voxel resource deposit was not removed
- Fixed: AI Drone bomber - wave of bombers doesn't attack the base when far away
- Fixed: Problem that Dimple Dome Plant harvest stage was completely white
- Fixed: Texture stretching on poles seen on planet map
- Fixed: When the HUD timer goes past 00:00 the timer is not displaying correctly.
- Fixed: Random POIs and resources may have been placed too near the former "green wall" or pole area
- Fixed: Waypoint marker when edited will be positioned high above or below where it should be.
- Fixed: Wrong offset of certain stamps
- Fixed: Trading Station with active teleporter spawned in Akua-Omicron setting
- Fixed: Problem that lava texture had inconsistent temperatures
- Fixed: Copy & paste selection area can only be moved 1 block space at a time.
- Fixed: Exception triggered after deconstructing blocks
- Fixed: Repair Bay T2 cannot be upgraded but Multitool plays upgrade sound
- Fixed: Exception when loading into a scenario.
- Fixed: Controller sensitivity setting not working and improved range.
- Fixed: Q&M error after placing the new heavy windows blocks again
- Fixed: Random CoQ when approaching Radar Station in Godmode
- Fixed: Exception whilst mining.
- Fixed: Wrong HP display of Heavy Windows
- Fixed: ModAPI: Extend amount of slots to 49 in ItemExchange window
- Fixed: Stamp output info scroll not working in SSG.
- Fixed: Adding and removing Heavy Window blocks leads to error
- Fixed: Wrong sound when selecting main menu "Player Setup"
- Fixed: Double sound when entering Resume Game window
- Fixed: MaxHealth problem

EAH - Update: Hot Fix 1.41.0.2 (Only for A8.0)
Please make sure to change the Version to Alpha 8 in the Config
- Added: Dedicated.yaml legacy fix
- Added: Gameoptions.yaml RegeneratePOIs