Posted by EleonGameStudios on Jan 29th, 2019 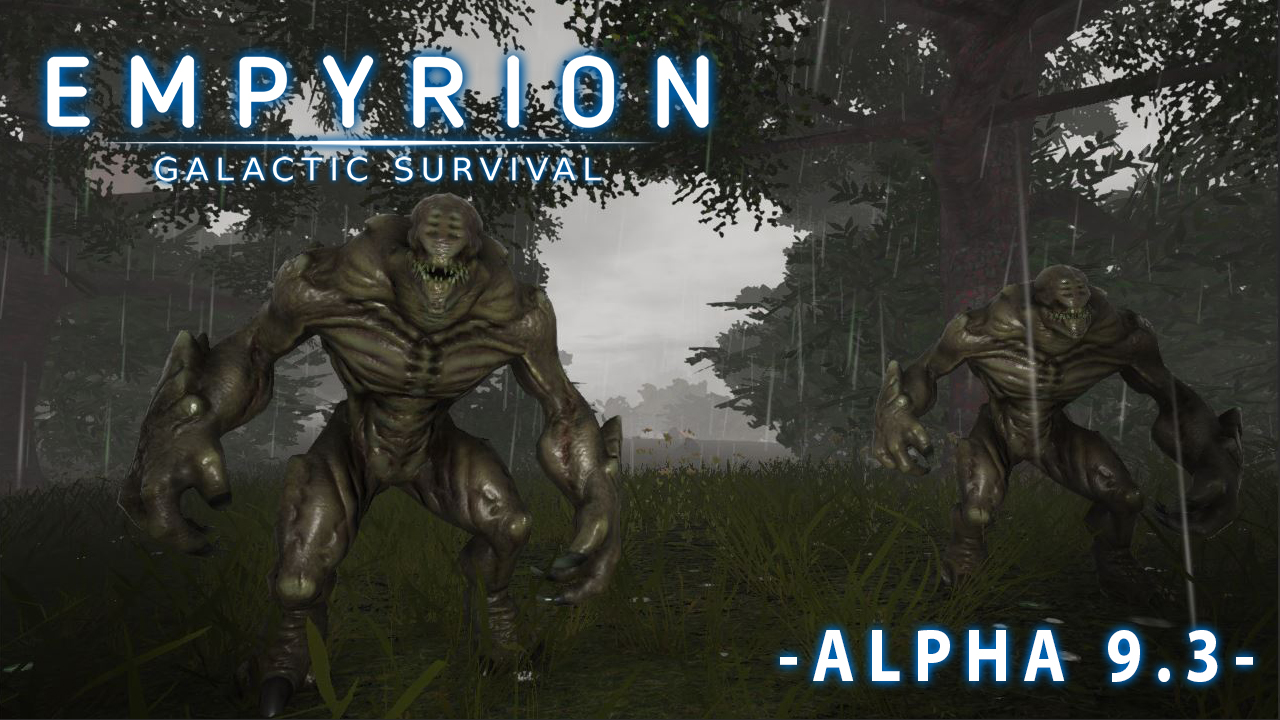 With Alpha 9.3, we finalized the stabilization phase for our last major Alpha 9 release. Besides fixing many bugs that you reported (thanks again!), we improved the AI behavior of several creatures and updated some outdated NPC models (eg Golems). We also changed the way how NPCs behave when used in POIs. From now on, builders will have a choice whether NPCs can trigger sensors (light and motion sensors) or open doors when wandering around (however, in combat, NPCs will still follow you through open doors independent of their setting).

The new “default setting” is set so that NPCs cannot open doors and do not trigger sensors. This default setting will be applied automatically to all of your Structures and POIs as soon as you update to Alpha 9.3. Please note that IF you made changes to any building during the EXP phase after this new feature setting was added, the result of the auto-update might differ! Given there might still be some issues - which we aim to find out with your help - we suggest to wait for potential hotfixes during 1-2 days before integrating the new settings into your POIs.

All other changes and new features, such as now being able to add/remove 1000 templates in/from construction queue, Spotlights (L) now switching independently from all other vessel lights etc can be found in the changelog below. 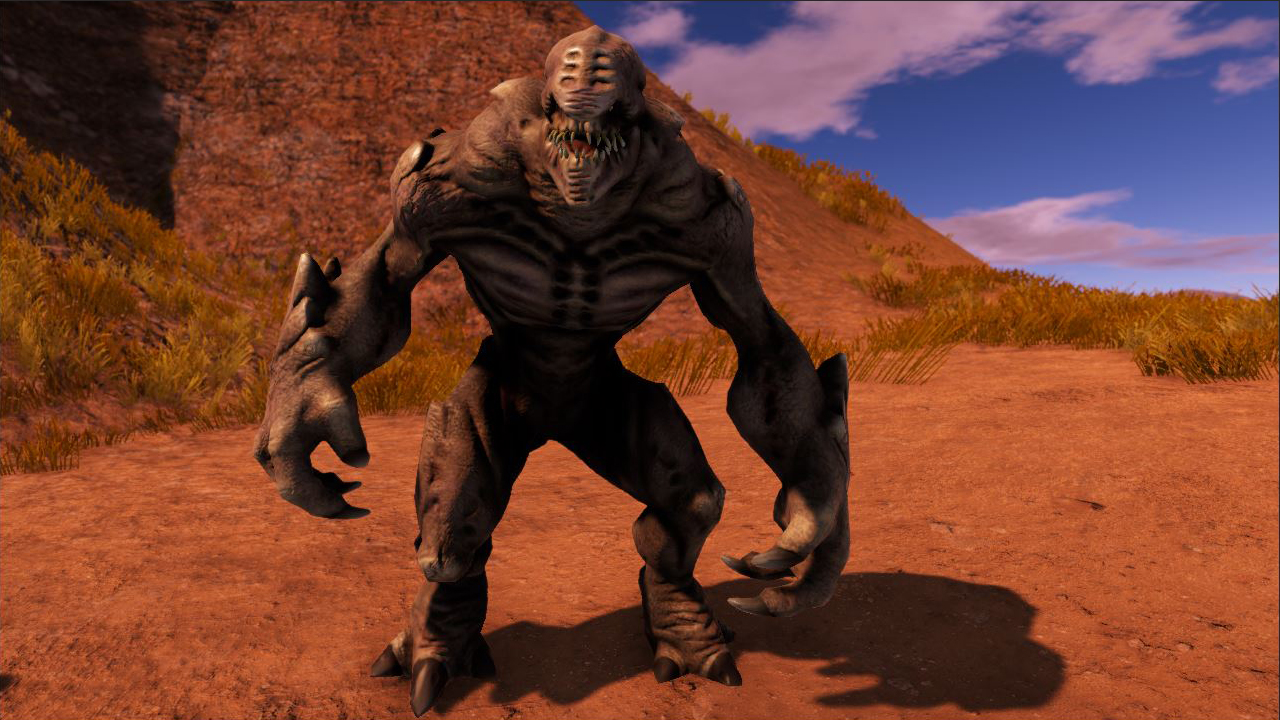 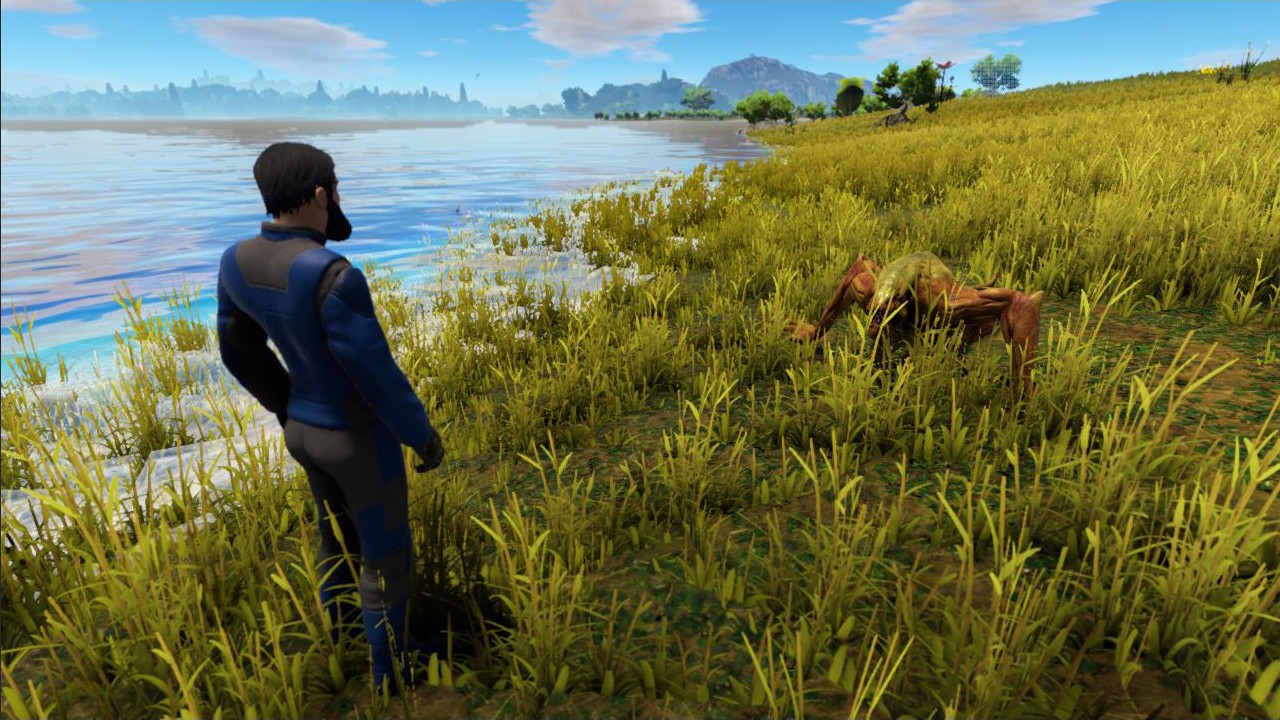 Creepy behavior:
- when calm it just walks around
- when it sees the player, it slowly creeps towards him
- if the player looks at him, it will stop its movement and wait
- if Creepy is close enough (or the player damages him directly), it will rush to the player and start attacking 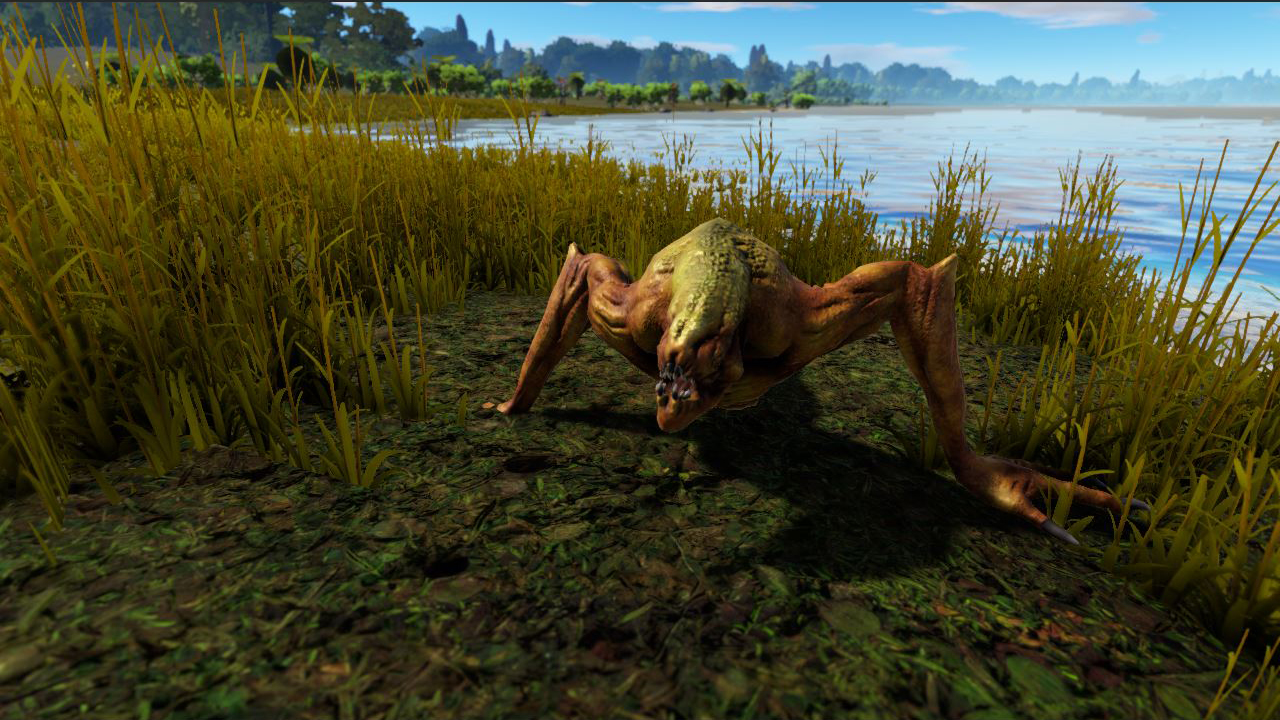 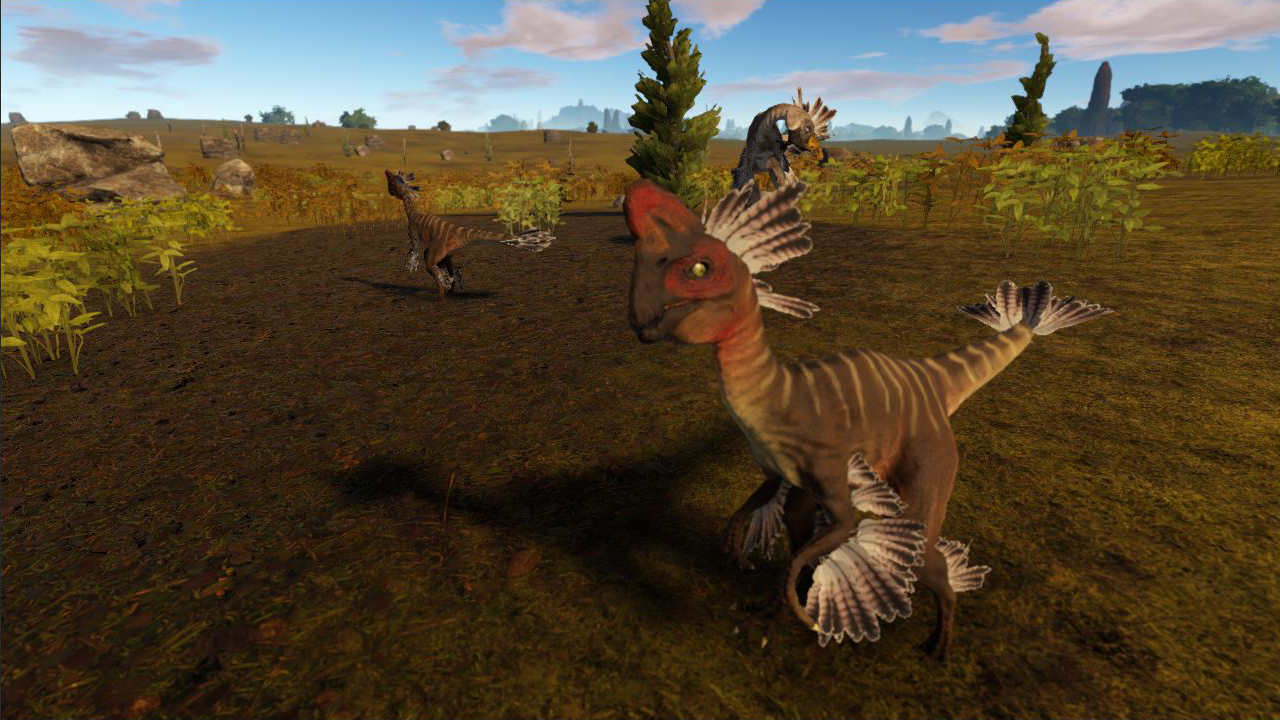 - Integrated new group behavior
a) when friendly:
- adults are traveling, young are playing around them
- if player gets close to the group, the young do sometimes start to play around him and follow him around for a while
b) when attacked:
- adults attack the attacker
- young will try to stay/hide behind the adults and they do not attacked
- if all adults are killed, the young will run away 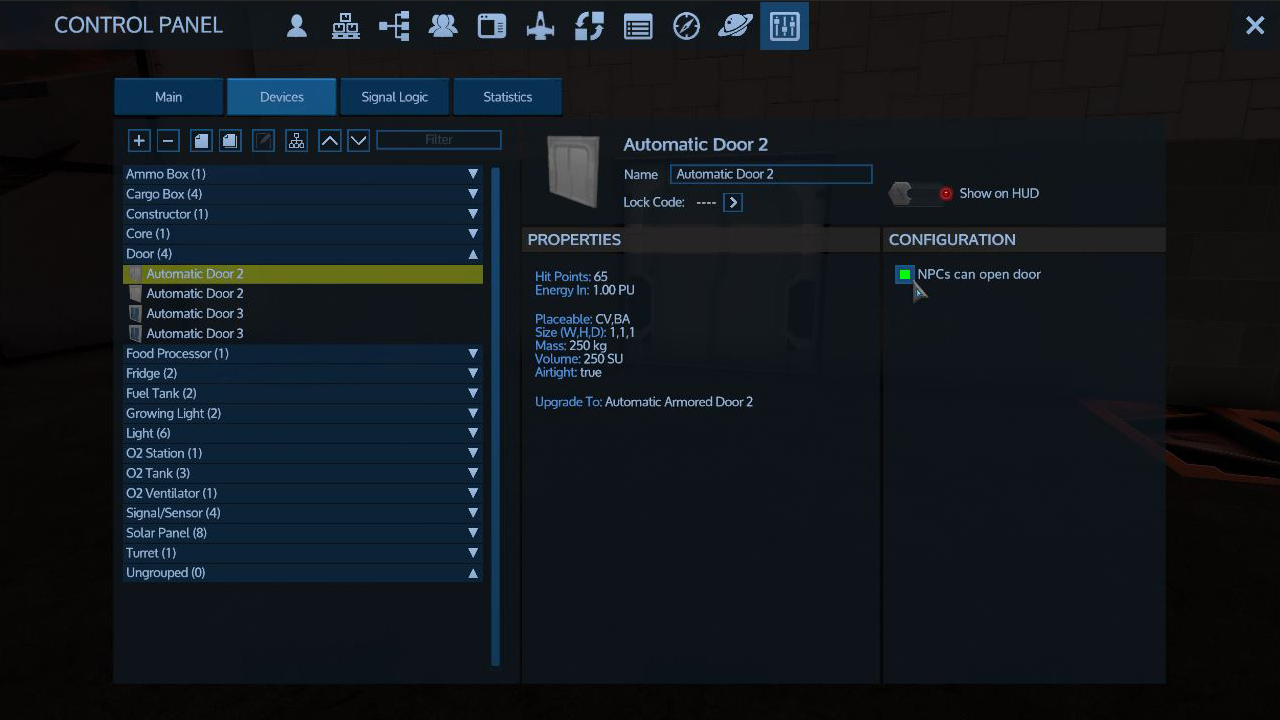 - Motion sensor and light barrier can now be configured via additional checkbox: "Sensor detects NPCs" to choose whether NPC should trigger them (default: don't trigger) 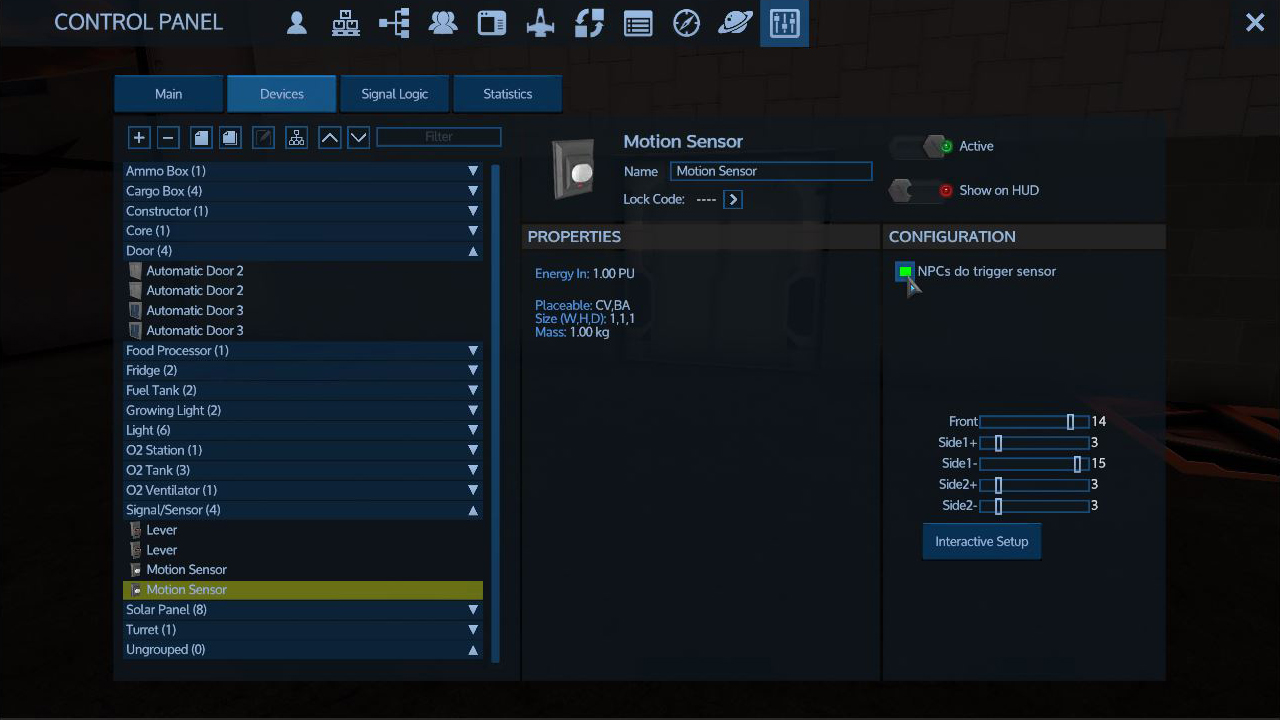 Gameplay:
- Player's volume capacity now includes that of Player Armor and equipped Boosters
- Improved SI debris pickup: when the block that was placed just ago falls down because of SI, you can pick it up again
- Falling SI part has now a return rate of 30% instead of 50%
- CTRL + SHIFT + LMB add/remove 1000 stack to/from construction queue
- Only Spotlights are now switched on/off when pressing L in a vessel
- Logistic container dropdowns is now sorted by 0-9/A-Z 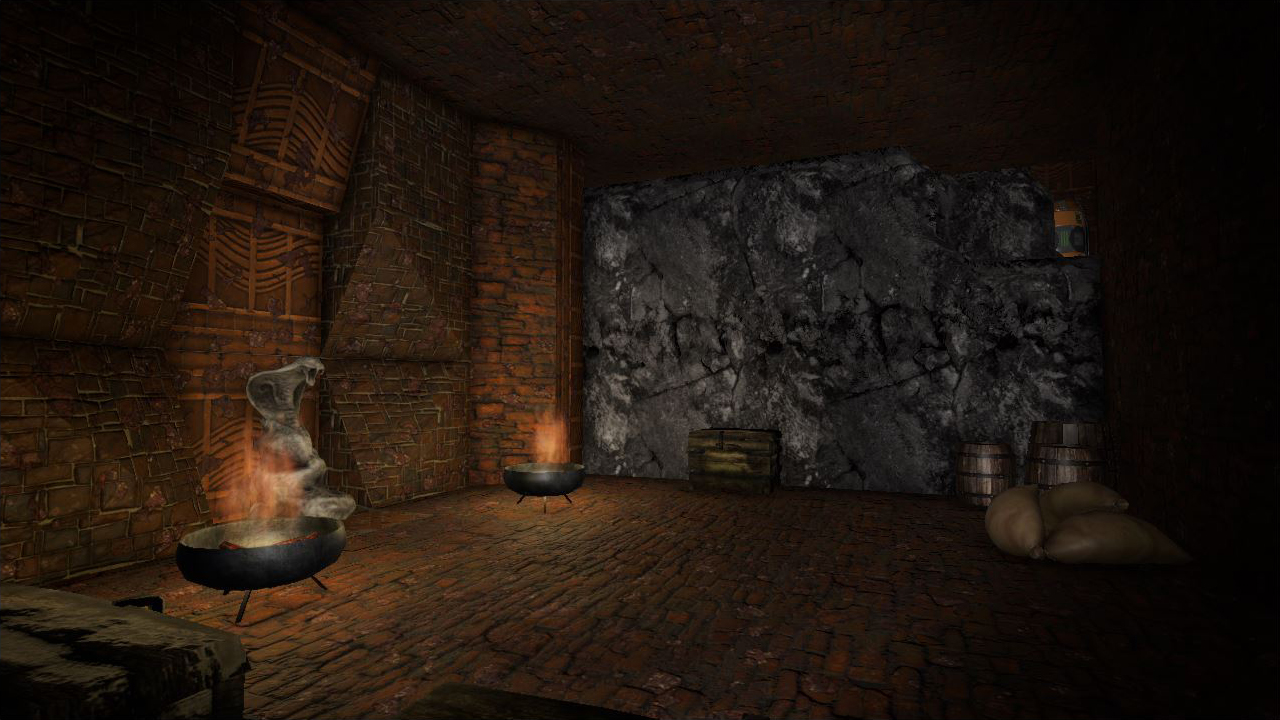 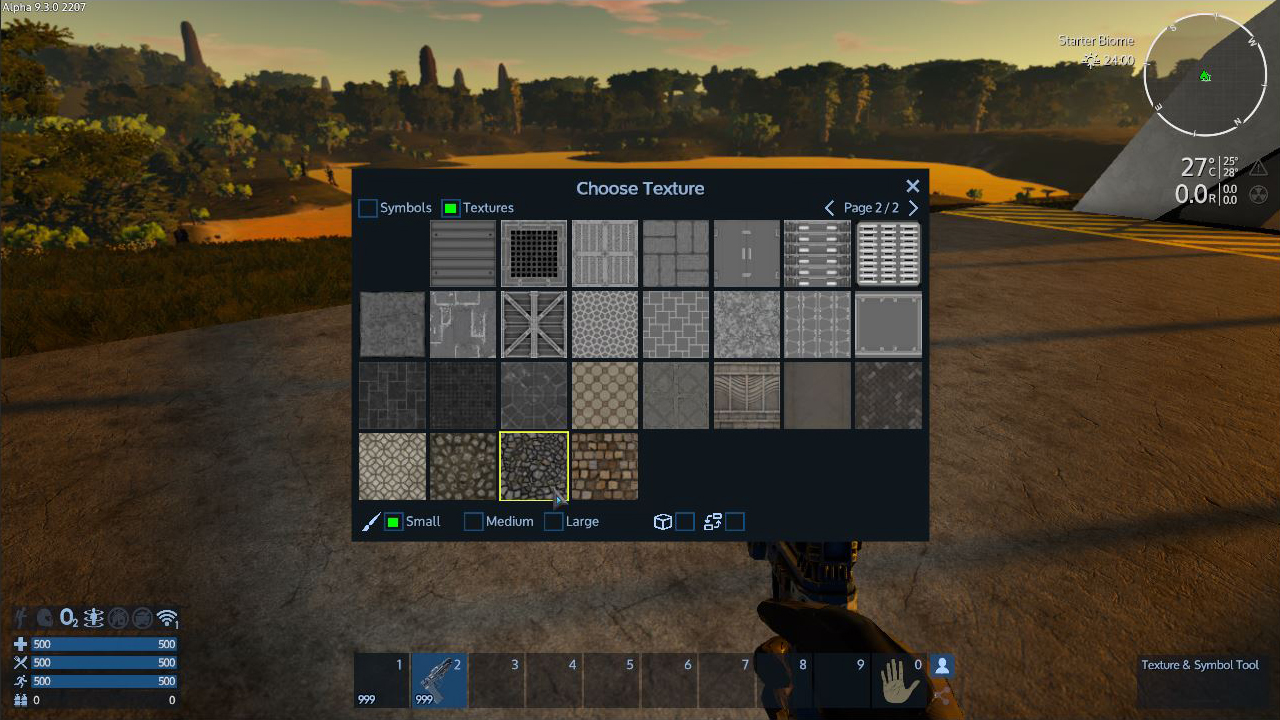 - TextureEditor ("te") now supports HeightOffset + HeightContrast for terrain textures
- Moved On/Off buttons to left in Constructor UI (so they are not hanging in air)
- Terrain shader: set blending back to 3 textures for better visuals (before 2 textures)
- Improvements to Terrain Decoration

Builder Improvements:
- Show "Internal" BPs in BP Library also in Survival Mode when in godmode
- When placing an entity spawner, the “Static” checkbox is checked per default 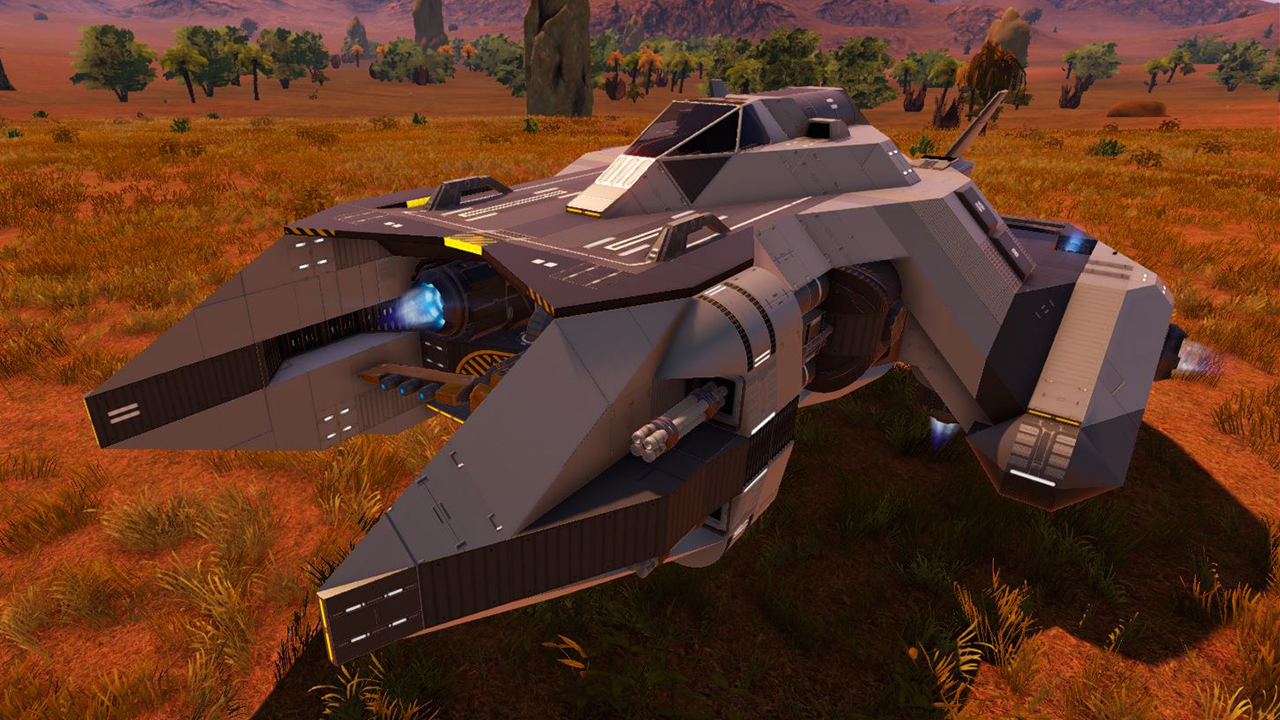 Bug Fixes:
- Fixed: Exploit via Logistic window [MP]
- Fixed: Duplication with NPC inventory [MP]
- Fixed: Enclosed Passenger Seats catapult players outside
- Fixed: NPC troops shooting through blocks of a POI when the player is on the motorbike
- Fixed: Targeting - Correct target selection of HV/SV vs Player, Correct aiming at SV
- Fixed: Player on motorbike not getting hit by turrets
- Fixed: AI NPC's do not attack vessels until the player exits the cockpit & re-enters it
- Fixed: Connected toolbar weapons stack visually with normal toolbar
- Fixed: Passengers can't use the Drill or Multiturret Turrets [MP]
- Fixed: Potential savegame corruption when spawning a wrong NPC within a structure
- Fixed: Auto thrust deactivates after a warp jump
- Fixed: Sometimes when flying a vessel the vertical thrust can be lost
- Fixed: Vessels can get moved when a vessel is placed in area with excavated terrain [MP]
- Fixed: Trader Honored Bonus does not apply when buying
- Fixed: After the Personal drone exits a motion sensors detection area the sensor will stop responding
- Fixed: Neodymium & copper deposits on snow playfields issue with mesh
- Fixed: Ore scanner outline doesn't appear when HV drills or lasers are in any other slot that isn't the first one
- Fixed: Plants are sometimes not growing in a CV in space
- Fixed: Base fuel goes to 0 when no one present [MP]
- Fixed: ZiraxTrader standing as it is holding a weapon
- Fixed: Mechanoids killing own base core
- Fixed: Reloading while holding RMB leads to weapon model displacement
- Fixed: POIs with no faction constraint not spawning near in or other factions territories.
- Fixed: Manual fire from turrets is possible with vessels that are turned off
- Fixed: Offline protection activating when entering a PVP playfield.
- Fixed: Problem that player was not in front of escape pod when exiting it on game start (escape pod did not skip over in time)
- Fixed: Hitbar of NPC > 1 levels are not scaled properly
- Fixed: Problem with emissive of SVRetLandingGear
- Fixed: RadosAuxT2 on Snow planet set to Polaris faction
- Partially fixed: Problem with Troop Transport not landing correctly
- Fixed: Strange transition to dead model when killing Talon Trader
- Fixed: Dark spots when using terrain stamps with splatmaps
- Fixed: Emissive on Boarding Ramp did not work
- Fixed: PDA mission "Find answers" in "Talon Story Chapter I - Tales of the Past" was broken
- Fixed: Fern Deco plant disappeared too early (wrong LOD)
- Fixed: Mouse over details for "Check Mass/Volume" was not correct
- Fixed: Artificial Mass Blocks have no volume
- Fixed: Spice plant in growing plots is moving when the weather changes to wind
- Fixed: Orbit info in the sector map showing incorrect asteroids for other orbits.
- Fixed: Orbit info for planets is incorrect after clicking on asteroid fields & trading stations in the sector map.
- Fixed: Key bind text is wrong for "Light"
- Fixed: Preview of blocks are placed incorrectly in the selection area of the Copy & Paste tool when pasted
- Fixed: Blueprint file size gets bigger than it should be
- Fixed: Exception when using 'di' as a client
- Fixed: In-game-message localization exceptions (logging the bad text)
- Fixed: Several internal exceptions