Posted by EleonGameStudios on Sep 6th, 2018 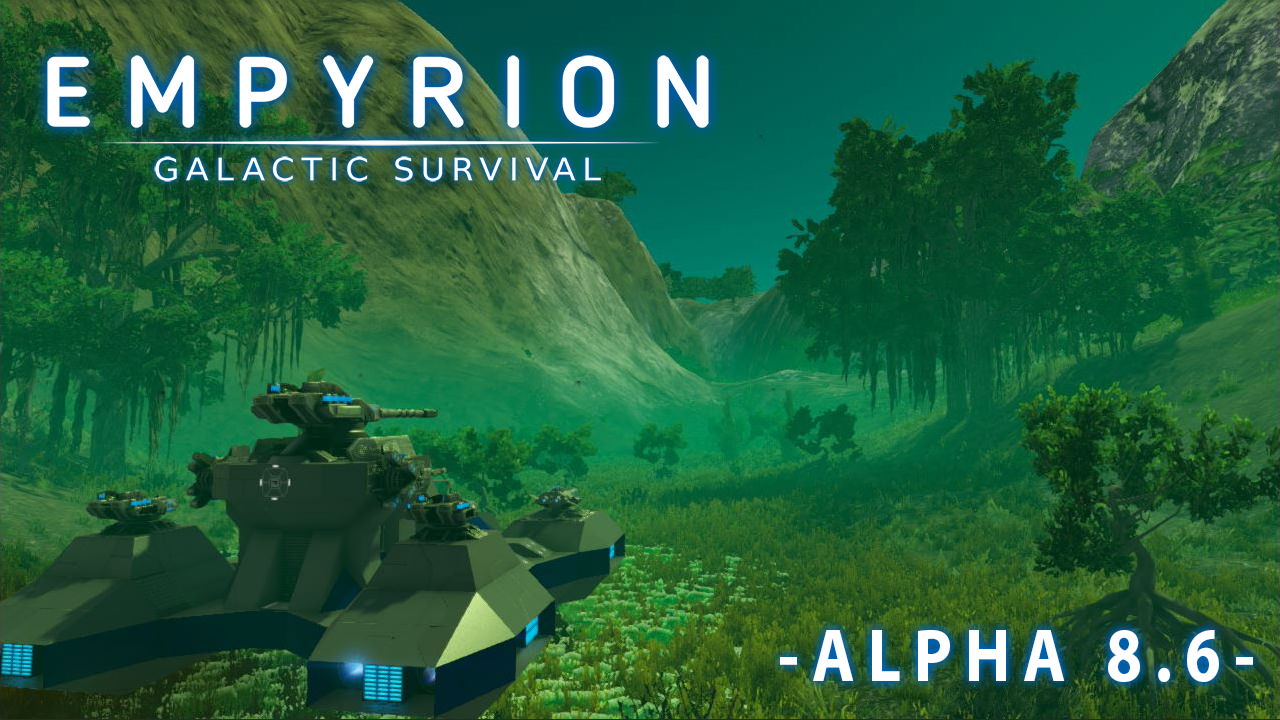 After our big Anniversary update last week, today we are releasing a smaller update Alpha 8.6 with bug fixes and a few more additions, like a new planet type, more retractable turrets, as well as UI and visual improvements! 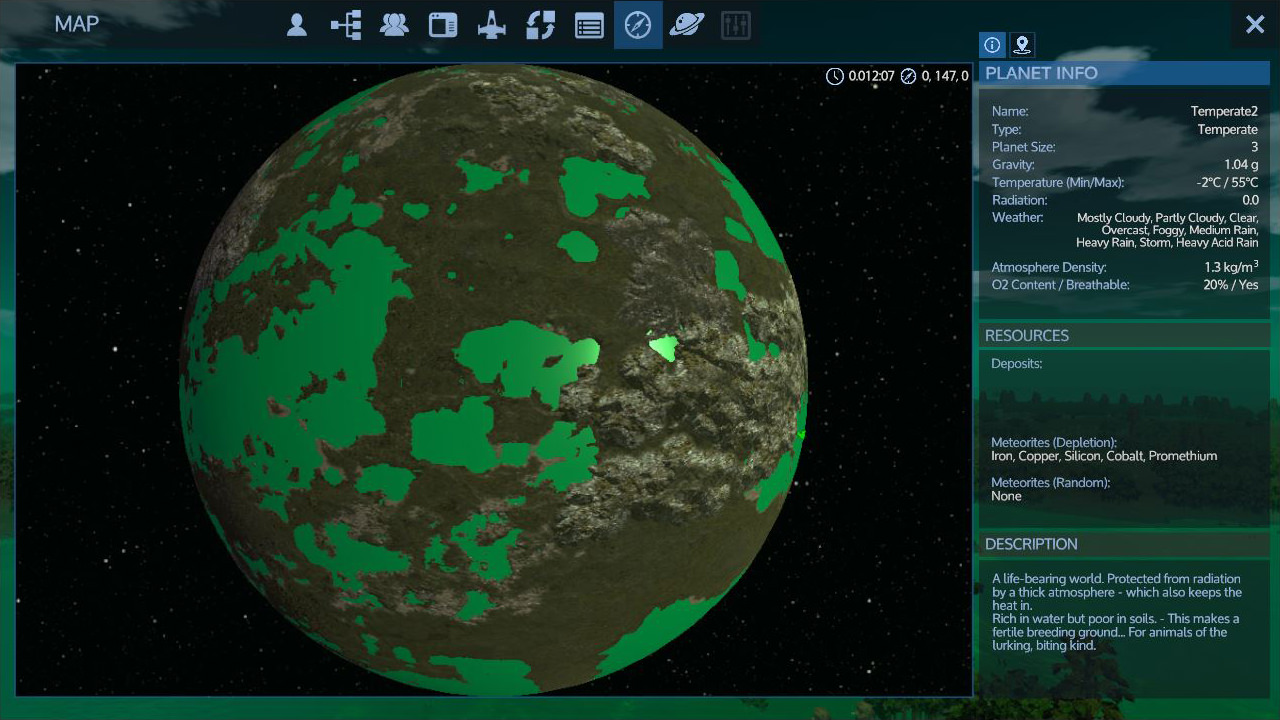 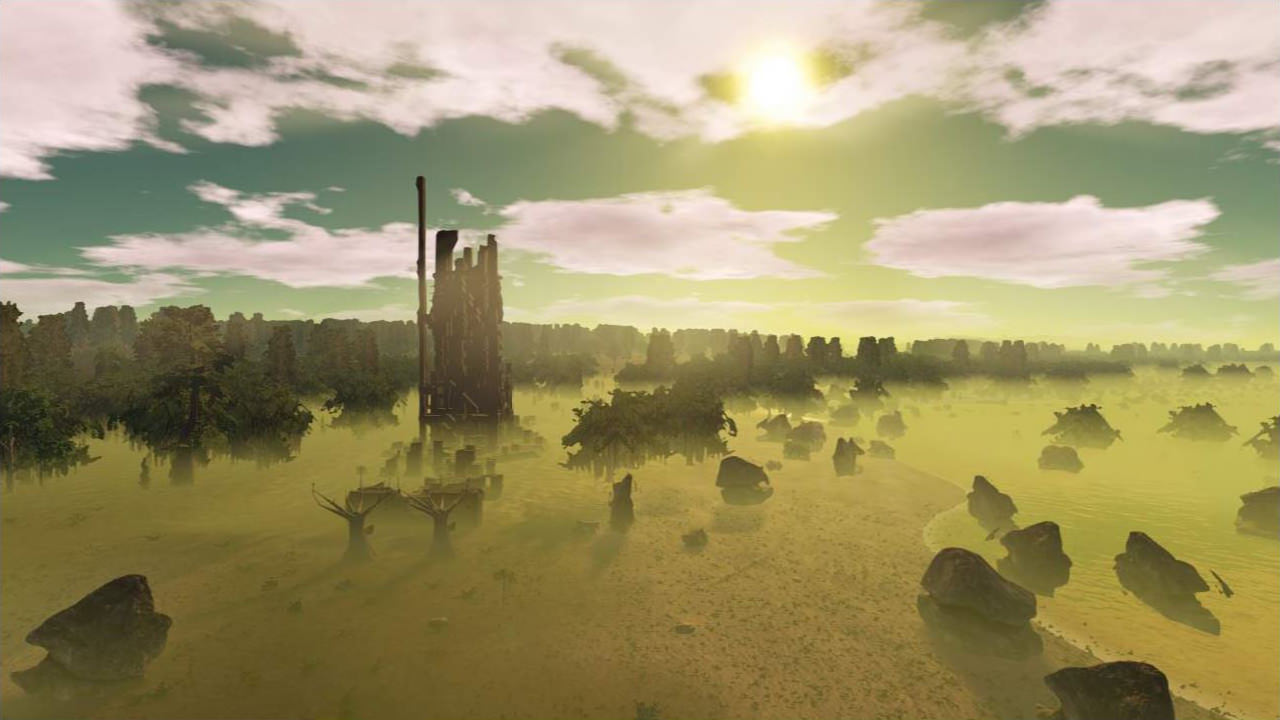 - Added new temperate swamp planet with a high biome diversity. The new planet can be found in the Random Default scenario and in the Akua-Omicron scenario as Roggery planet. 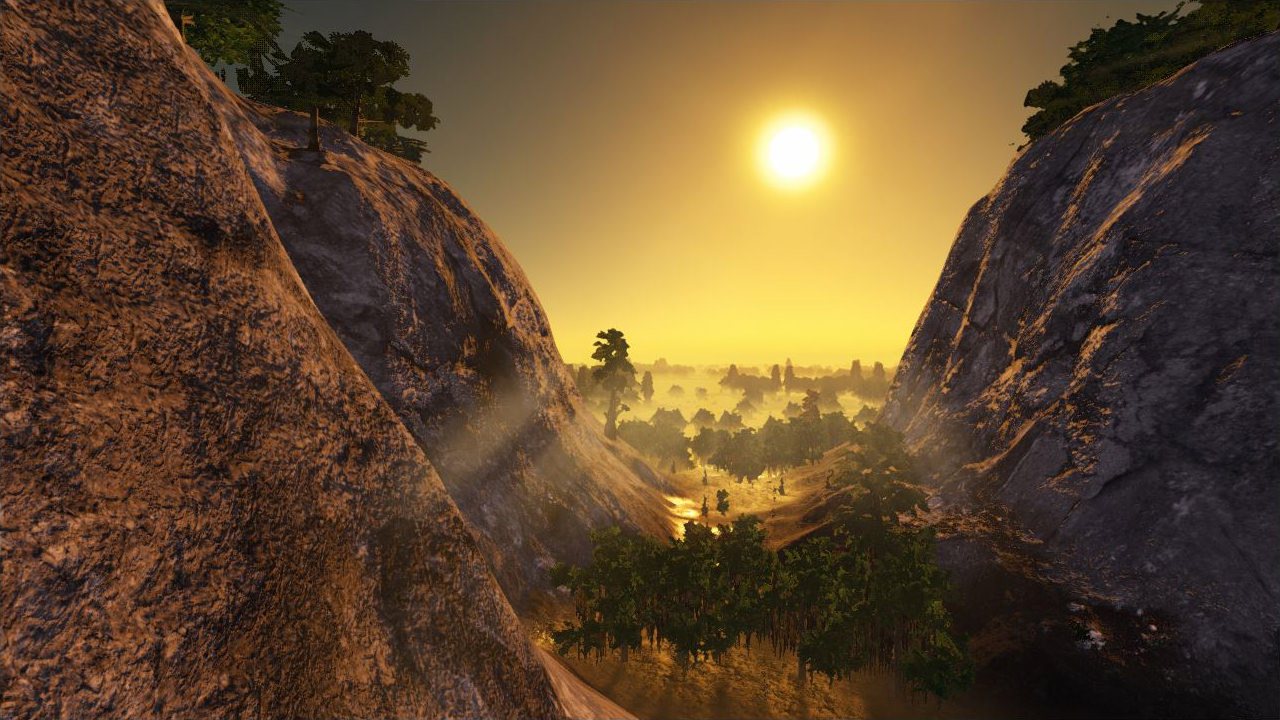 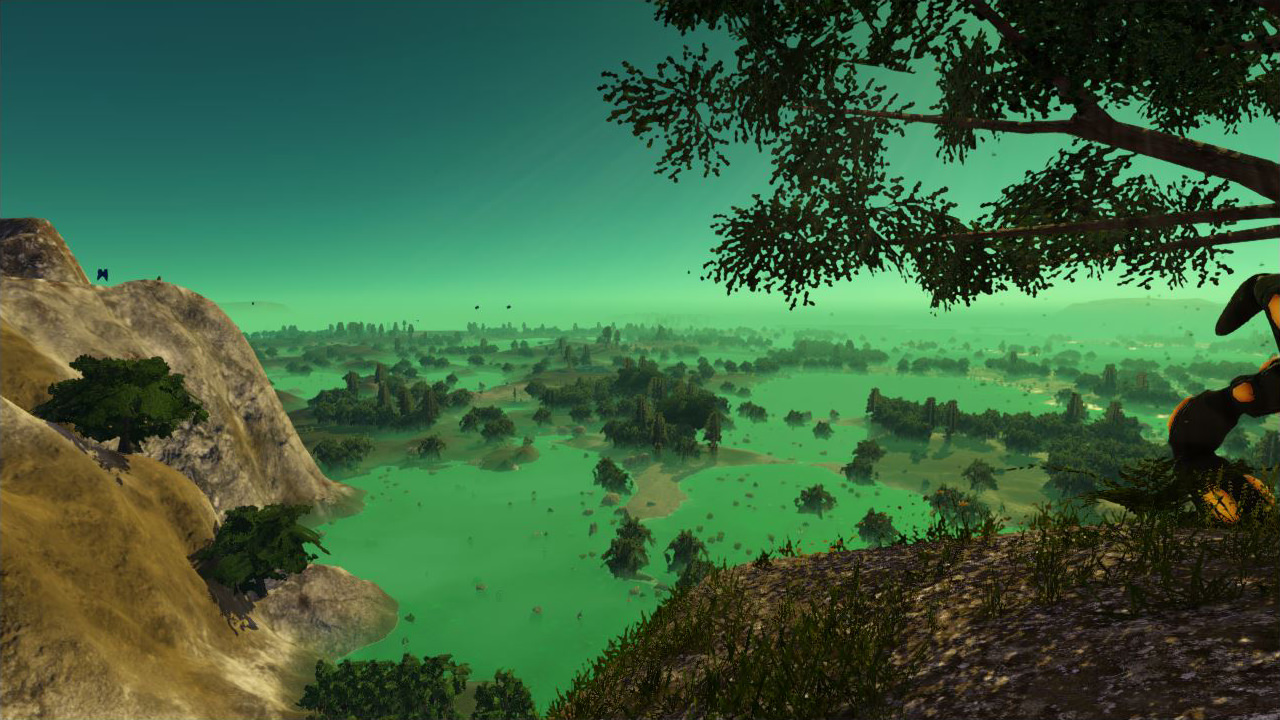 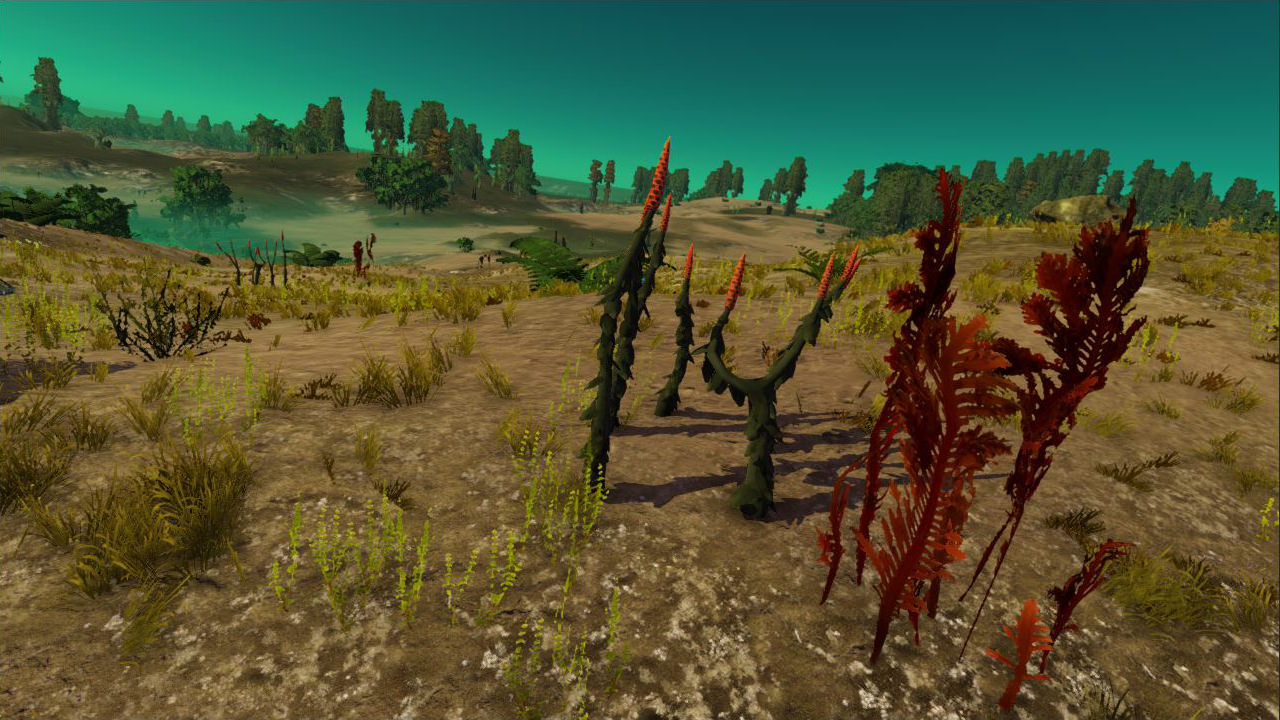 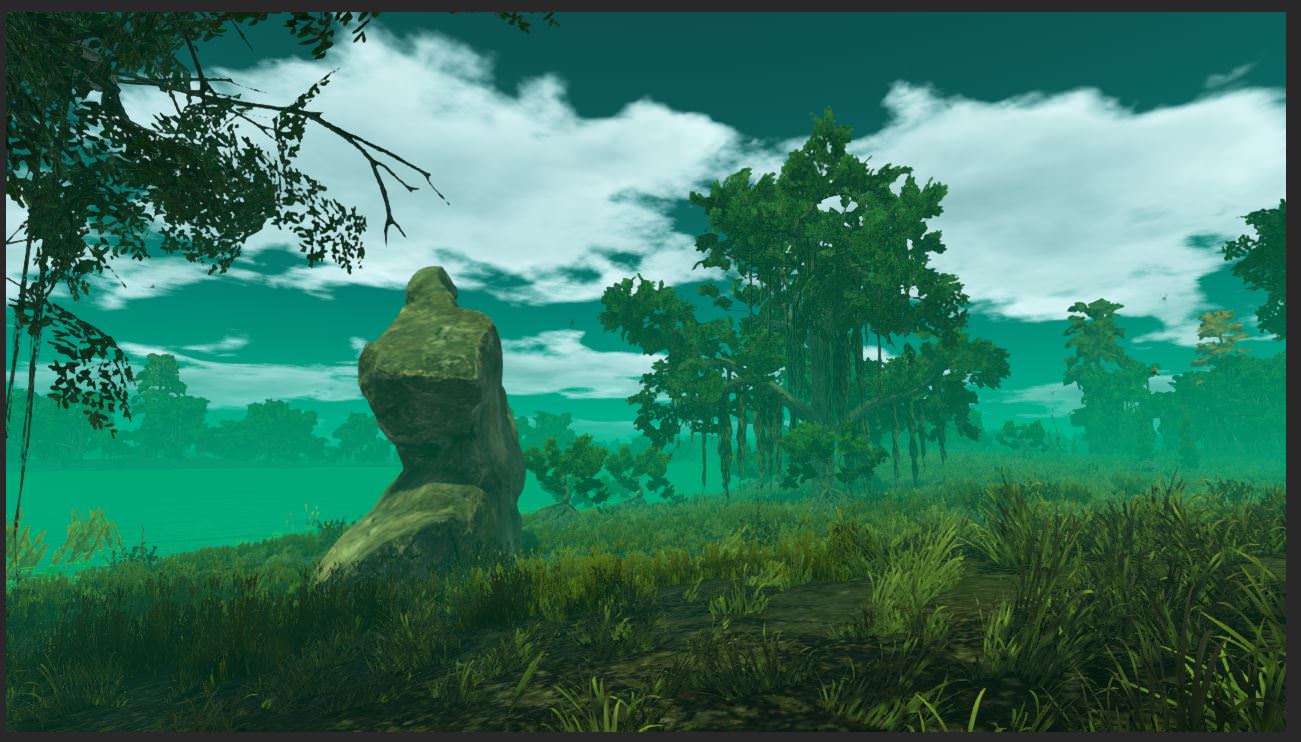 - The planet includes more than 20 new POIs (thanks to binhthuy71, rainyday, Ramachandra, jmcburn, jrandall, Needleship for their POIs) and several new terrain stamps (2 biomes on this planet were inspired by Vexray's creations) 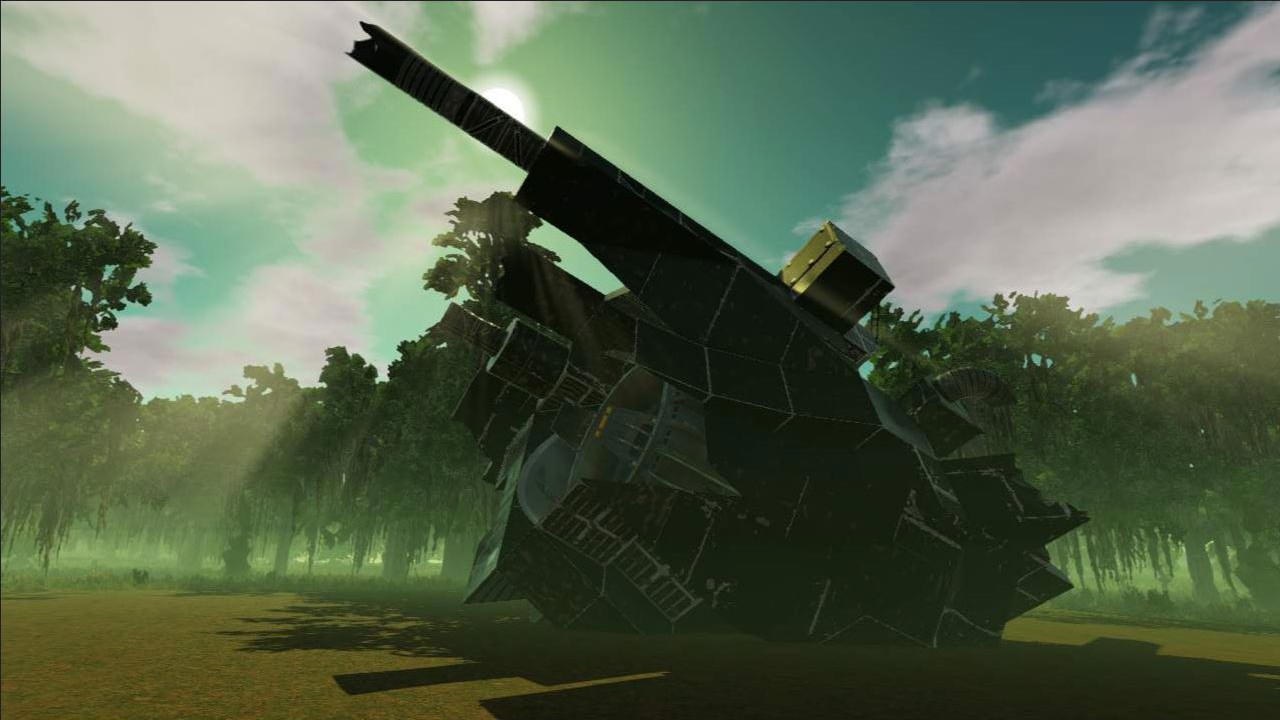 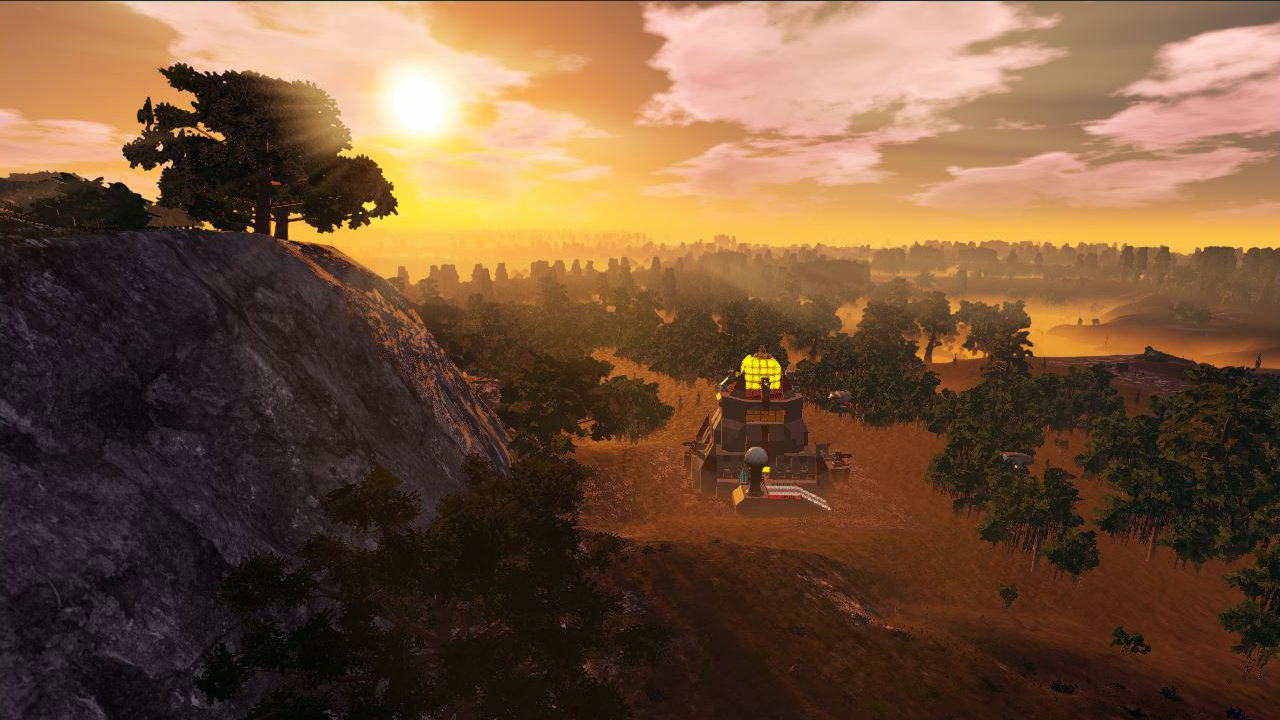 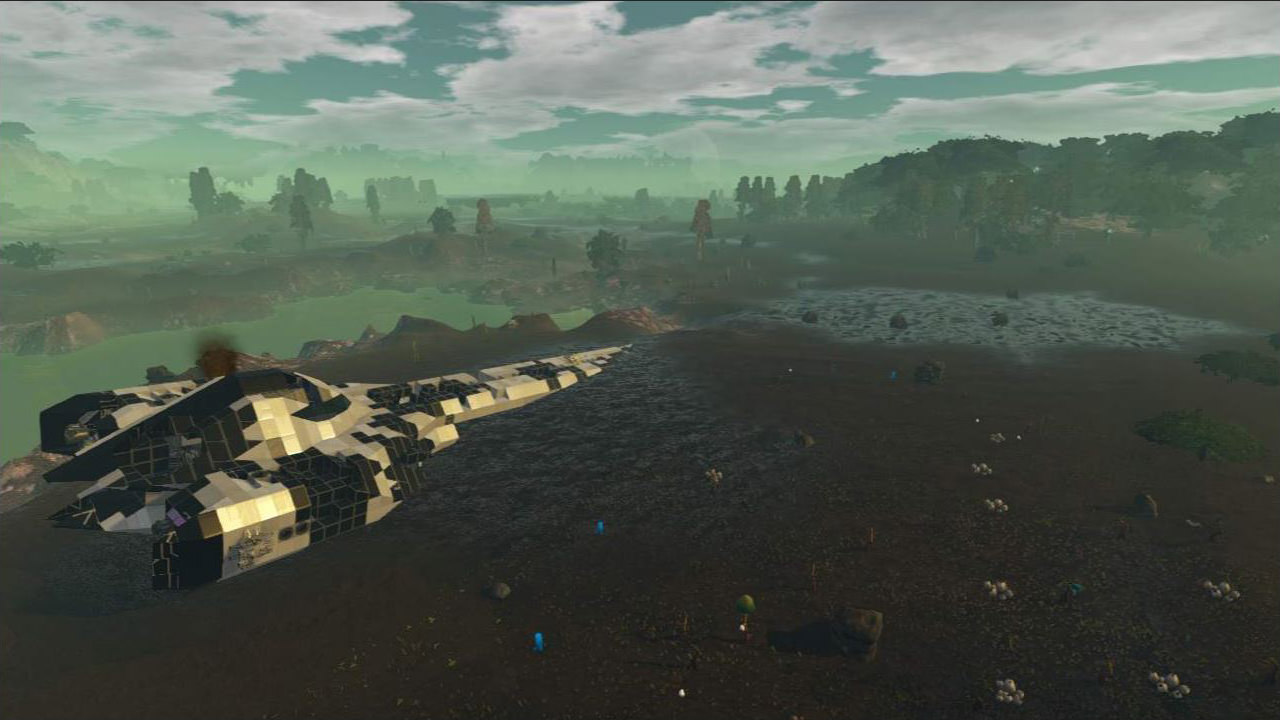 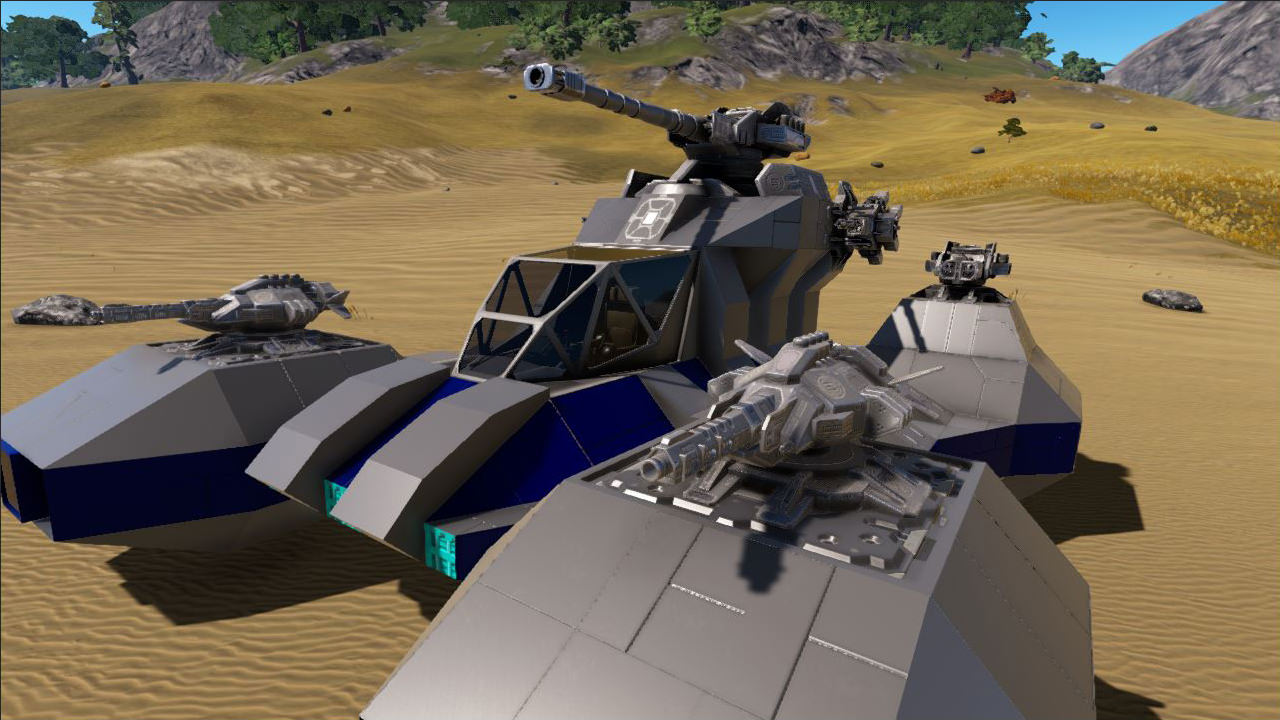 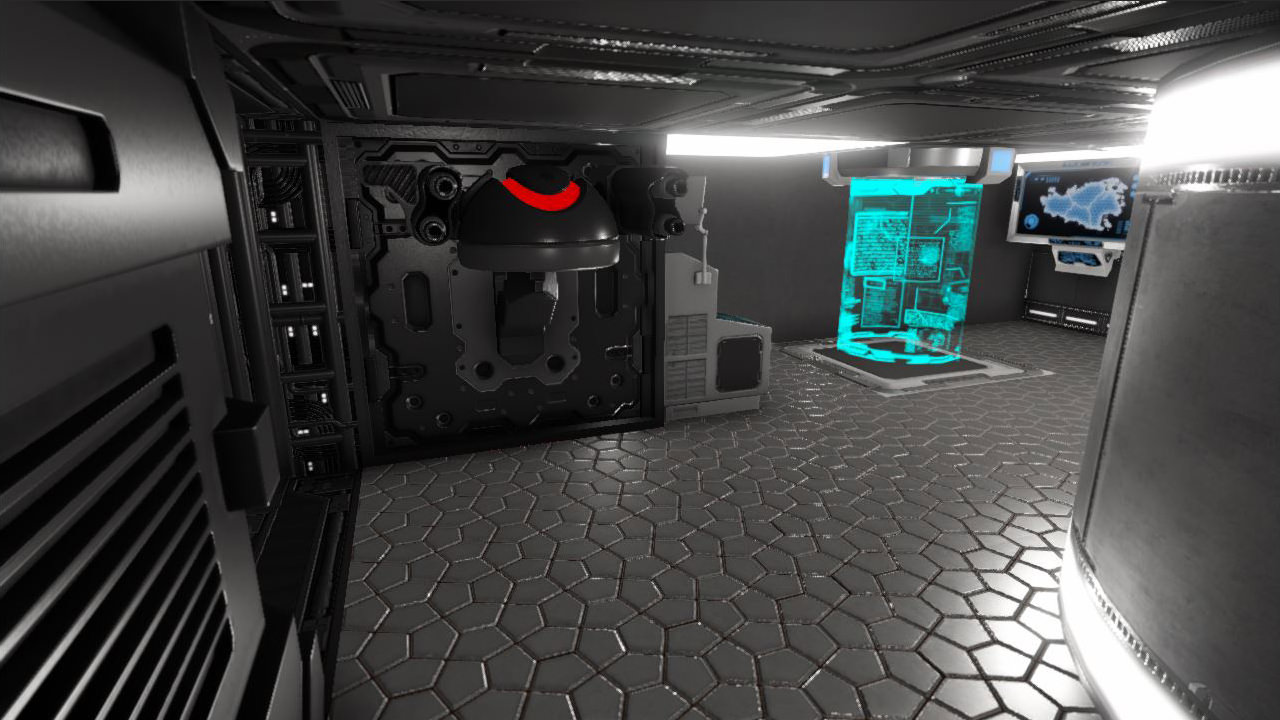 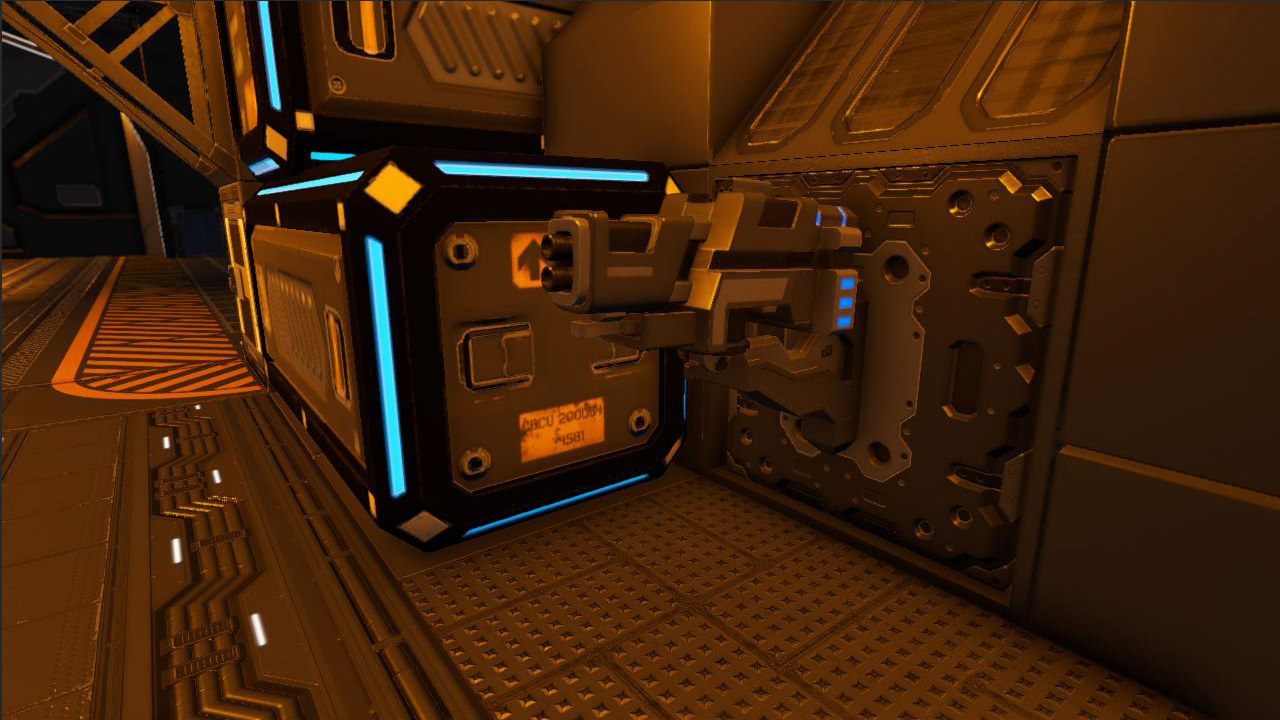 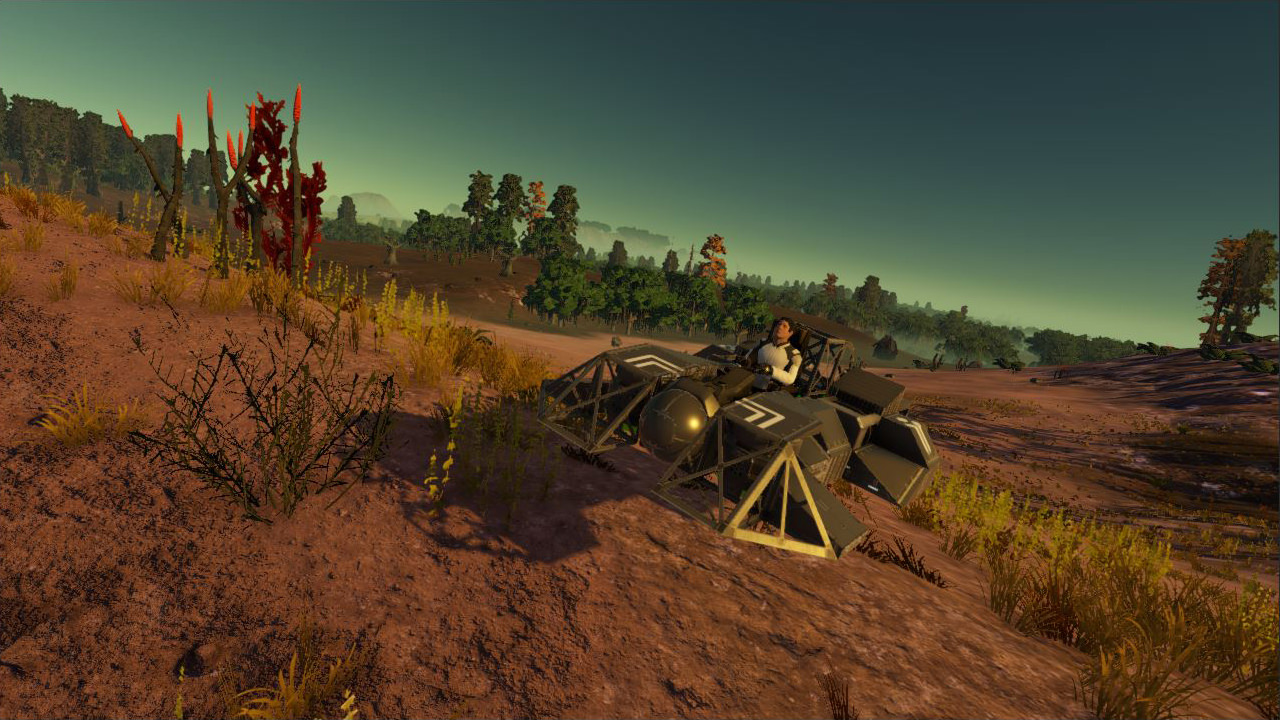 Bug Fixes:
- Fixed: Mounted weapons can't reload if some of the other mounted weapons are inactive
- Fixed: Instant reloading for retractable turrets by turning them on and off constantly
- Fixed: Sometimes when returning to docked vessels they can be positioned incorrectly but still docked.
- Fixed: Spawned docked ships don't move anymore if vessel it was docked to is gone
- Fixed: Problem that sold stacks to NPC Trader were not split properly
- Fixed: Coloring with Mirror plane does not work for several blocks (eg Windows, Railing etc)
- Fixed: Item dupe after playfield change (landing to planet)
- Fixed: Solar Panels only show one yellow dot after a few restarts / after a while
- Fixed: Solar panels calculate the sun at the wrong position in some cases
- Fixed: Solar energy production displays wrong numbers in some cases
- Fixed: Problem that block texture and color was not visible when using "Lock" feature in N Building Menu (Build Settings Window)
- Fixed: Sometimes when approaching a structure in a vessel the vessel will be slowed down or stopped for a few moments
- Fixed: Some underwater flora is transparent when SSAO is on low
- Fixed: Sometimes after leaving a planet a random POI is appearing close to the planet & the player can be teleported far away
- Fixed: Block preview not showing original texture when Lock mode is switched off
- Fixed: Sporadic problem that docked ships did float above the base after spawning and when returning to the server
- Fixed: Sporadic error "Error assigning texarray texture to 2D texture property"
- Fixed: When the player enters a planet from orbit you see for a split second the terrain close up
- Fixed: Sprinting into a cockpit keeps Stamina draining
- Fixed: Furnace idle/working mode not correct
- Fixed: Revealed sectors not displayed in scroll list in sector map.
- Fixed: Issue with Emissive textures with bloom enabled.
- Fixed: Terrain Placeables could be stacked on top of each other (Tents, Work Lights, Water Generator etc)
- Fixed: Custom new game name is reset after changing difficulty settings.
- Fixed: Slot info missing from Armor info UI.
- Fixed: Internal AI Exception
- Fixed: Page down camera glitch through ground
- Fixed: Several internal exceptions
- Fixed: “EnergyIn” is displayed at bottom for Drill Turret (and all other drills) in Block Info (unlike for other devices)
- Fixed: Upgrade Info in tooltip sometimes showing "null" (instead of "None")