EmberVein is a unique multiplayer experience, play with a squad of up to 4 players and cause carnage against endless waves of enemies using chemical fueled zombies. Make sure you drop a like to stay up to date with the game’s development and watch out for our bi-weekly dev logs!

Thanks for voting and helping EmberVein on it's quest to become the 2022 Indie of the Year. You are now in with a chance to score some free games. Help this game secure more votes by embedding the widget (or link) we have included below on your favorite sites.

Hey there, Luke (the director of Virtus Studios) here and in today’s EmberVein development log we’ve got some awesome progress on the game with us introducing a couple of enemies, movement ability, character implementation and even a new wallpaper!

To kick things off we want to take a rewind back to our healer character from last week’s dev log where we asked for name suggestions… introducing… scall paul… a great reference to the character being a doctor…. Thanks to everyone that made suggestions, we will be doing the same for the future characters in upcoming dev logs!

We’ve now got the healer walking around in the game with some place holder animations, all setup in the same way as jack savage with console inputs. 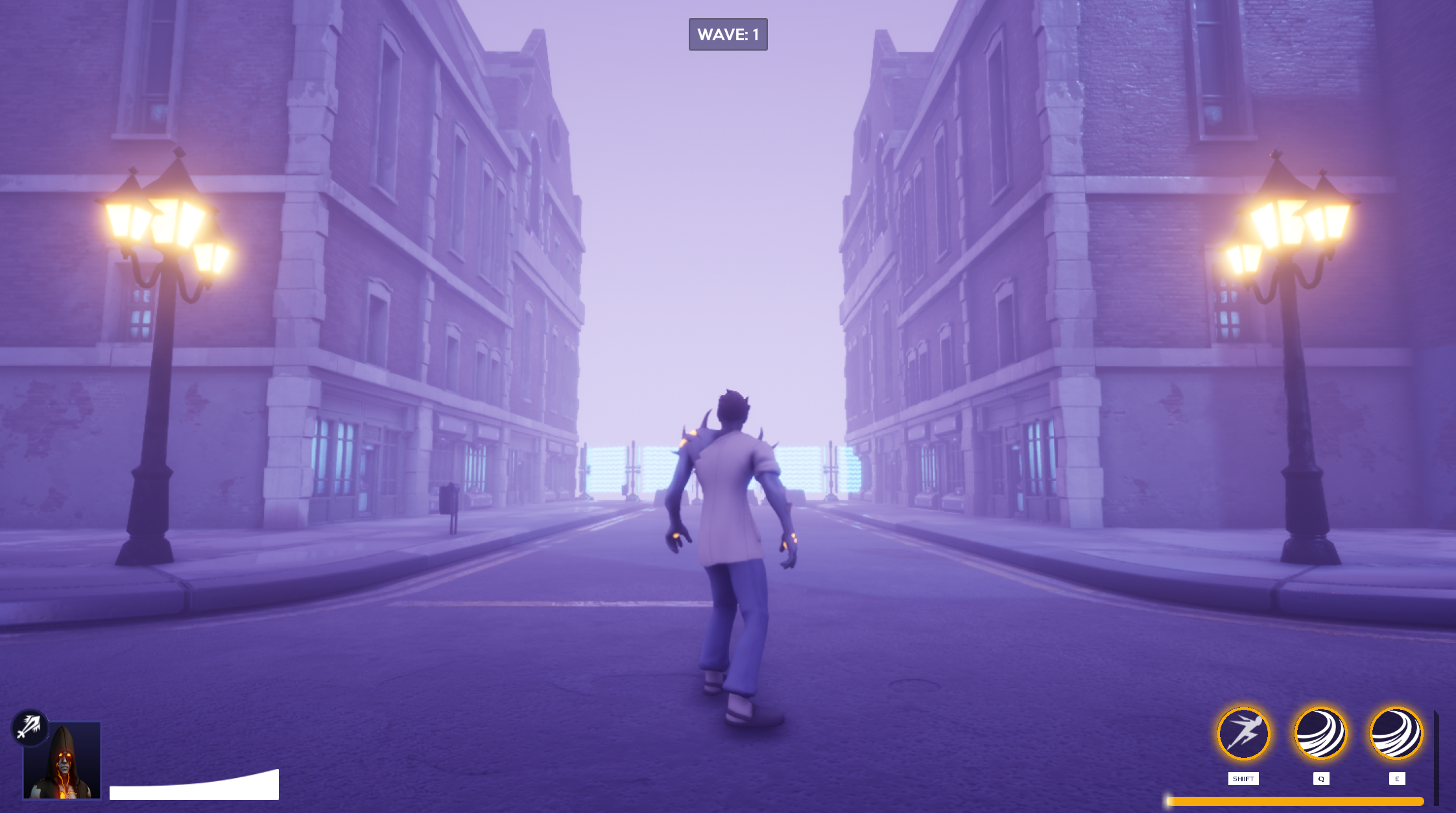 We’ve started to work on the first round of player abilities, starting with the movement based abilities for both jack savage and scall paul. Scall paul has an ability which can be used to jump backwards out of the way of threats…. You’ll be able to make some awesome combinations with this ability and the ranged attacks that we do have planned. The movement ability can be activated by pressing shift or clicking the thumbstick on controllers and has a short cool down.

We’ve also added the disintegrate ability, which will stop the player dead in its tracks and spawn a large laser of chemical energy which will deal damage to enemies or heal friendly player’s that it hits.Lastly for abilities we have the energy blast, which is a slow moving high damage dealing ability which will knock back enemies and also heal players in a small radius of the blast.

We’ve also been spending some time bringing the character selection screen to life further and have incorporated 3D characters into the UI. This will give the player a better view of the character they will be playing as and get them excited. 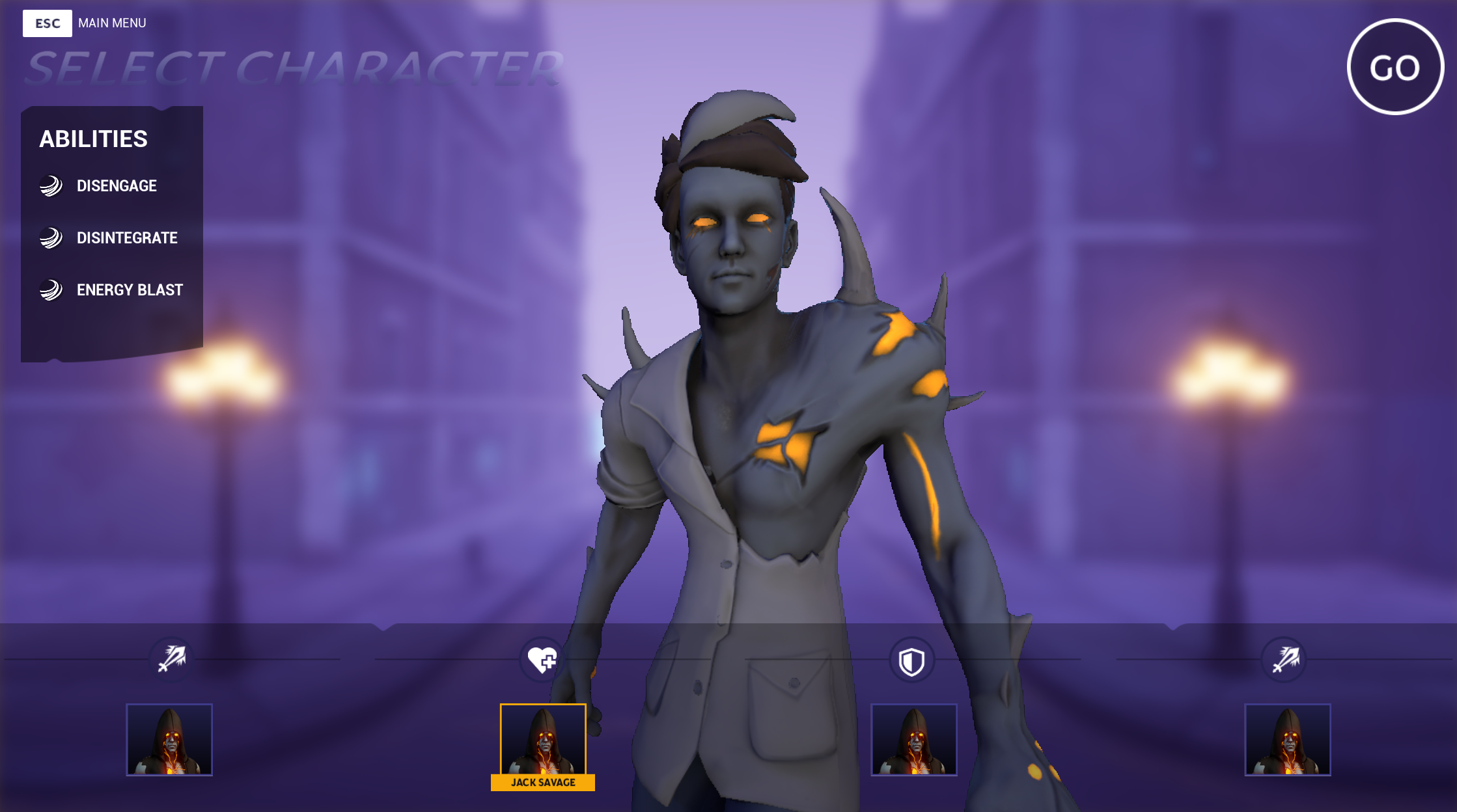 We’ve also been working behind the scenes on the enemy AI character concept art, dev staff Fabio has drawn up the basic enemy and an armoured enemy. Both of which will have access to a variety of weapons ranging from stun bats, guns and even rocket launchers… all of which will cause you to react differently.

In terms of lore, the enemy AI are part of a private army sent in by the company that did the experiments on the characters, turning them into these chemical fueled beasts.
Anyway ladies and gentleman, that is everything for today’s dev log… I’m really excited to show you all where this game is going, you can expect to see a new dev log for EmberVein go live every Fortnight with brand new content and development updates. To stay up to date make sure you smash that like button and drop a follow on our social media pages.

We’re passionate about making this a game that everyone will enjoy, having said that if you have a suggestion as to where the game should go or what we could change, be sure to let us know in the comments below!

But for now, as always, stay awesome, keep creating…