We specifically call DYNABOT an “Endless Platformer” that combines different game modes and gameplays with one continuous, ongoing game. We are aiming to optimize the endless genre on smartphones by implementing the quality of Platformers we know from consoles.

Endless games always lay the focus on beating your own, or your friends' high-score. To upgrade this simple concept with more excitement, fun and variety, we invented many new ideas. During the game, players will face the change of controls and the character’s behavior. In the main game the player will approach portals to other worlds and rooms that must be entered on the run! Inside there are mini-games, which will offer various gameplay mechanics too.

Dynabot is now on Kickstarter! 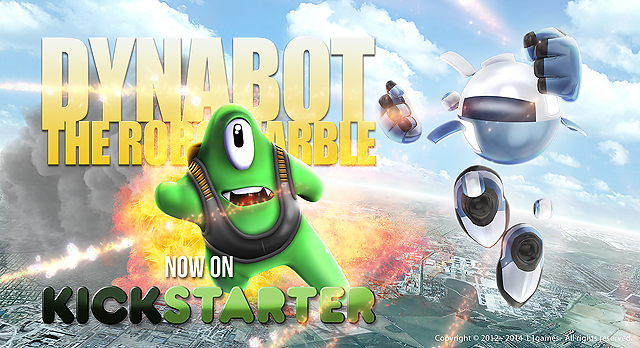 Finally our Kickstarter campaign is online!

We would be very glad to have YOU as a part of this project! Help us and be one the funders of this great game! Backers will receive great rewards and their carved name on the unique interactive backer wall! Stop by and make yourself an impression!
>> ...to the DYNABOT Kickstarter Campaign

This realtime screenshot shows one of the ideas in the current development state:
UFO’s are attacking and destroying platforms. All this with a slightly camera change.

We hope you like the picture and we see you on the Kickstarter page! 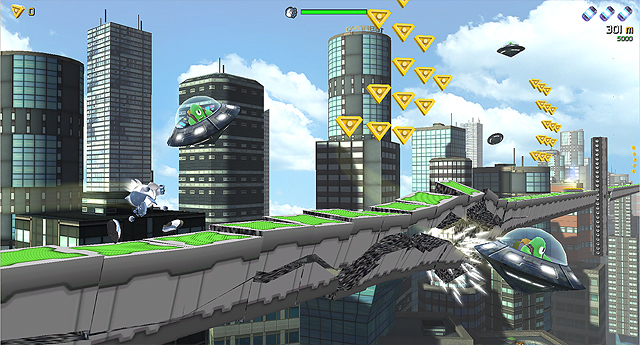 Watch the In Depth Gameplay Trailer and see some abilities of DYNABOT. Kickstarter starts on April 1st, 2014!

A new action trailer has arrived! Kickstarter on April 1st, 2014

Due to GDC and some other recent developments, we have decided it would be best to push the campaign back to April 1st. It's not a April fools joke, we...

Hey saw you through Twitter the other day, will be keepin an eye on your game here as well, looks interesting!

Tags
Embed Buttons
Link to DYNABOT: The Robo Marble by selecting a button and using the embed code provided more...