Dungeon Memory is a Fantasy Themed Memory game. Easy to get into, as everybody knows the simple "memory" rules.

This game has a twist to the traditional rules; you have to remember certain sequences of tiles to complete each level and avoid the monsters. All before your "Torch" or "Hitpoints" run out.. 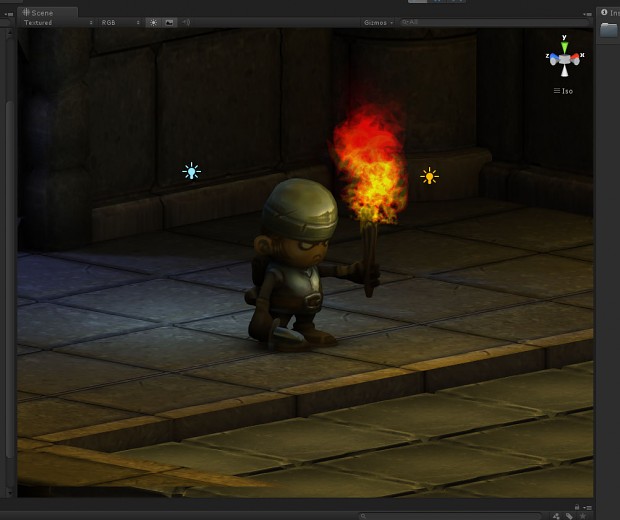 I have just done my penultimate chemotherapy session (23 of 24) and am slowly creeping out of the "chemocoma" and found some time to make some updates to Dungeon Memory. 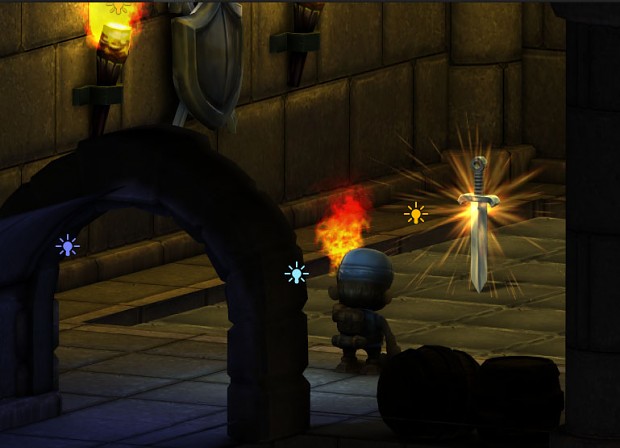 I have changed the background graphics to a "crisper" style with some ZBrushed graphics.
It is just a temporary practice run of the graphics, as I will make it more modular and more interesting.
The goal is to change the theme of the backgrounds every 10 levels, and add some uniqueness to each level for the final game. 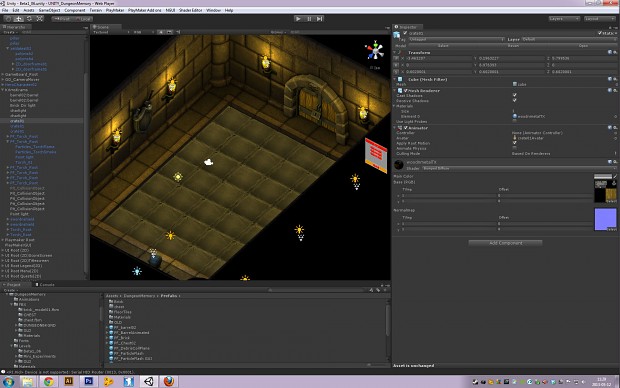 I have also started to substitute the drawn 2D objects for 3D objects, adding a barrel, sword and shield to the game. I will probably have a colored block underneath each item, as it looks quite "barren" at the moment. The 2D images have a "color-code", green for "good" and red for "bad" tiles, which I kind of like.

I have made some effects with the particle system "Shuriken" in Unity, but some features can´t be controlled by "playMaker" (the visual programming tool I use) at the moment, so they will become more "interactive" at a later date.

Gameplay changes:
I have changed some of the pacing of how one receives messages and feedback to loot and such. It is a bit inconsistent at the moment as I am experimenting with it.

Also I got the suggestion from a member of IndieDB to not deduct TORCH from a completed match as some kind of bonus.
It sounded great, but when trying to implement this I figured that rewarding a "bad" match would be counterproductive. Instead of making a complicated system that a Player probably never would understand unless I wrote a tutorial or manual for the game, I decided to botch the idea.

What I did though was to change the price of TORCH in the shop, so it is much cheaper to buy TORCH and thus easier to extend the game. My biggest problem now is to teach a Player to use the store to extend the game. A tutorial would be nice, but at the moment there so much else to do to properly show the concept before will work on a tutorial.

I hope You will enjoy the game and please provide feedback if you find any bugs or "features" that need to be corrected!

Dungeon Memory, the casual memory game with a twist has seen a major overhaul. The game that started as an exercise in game design has come quite far...

Thanks for your comment! It is a good suggestion. I will keep that in mind. Actually it is a good incentive for remembering tiles. I will try that in the next build. It will definitely go into the prototype.

I don´t know if you have used the SHOP to buy more TORCH? That is the way you are supposed to extend the game, buy selling Potions and HP Limits etc. The game isn't really balanced yet. It is very hard to get further than level 5 because of the initial TORCH of 50. It used to be 100! (Now I imagine Claptrap from BL2 screaming "A HUNDRED!! TO EASY!!")

I like this game and it shows some real promise.

I have a suggestion. When you make a correct match you should not loose a torch, this way it increases the longevity of each game.

So far, very nice keep it up.

Just uploaded a small fix to the webplayer. Still the same link. The SHIELD and SWORD inventory icons didn´t deactivate when changing level.

THE SKIES OF ECHELON Family