Quick and intense somewhat 50 seconds of your life. Dodge some, collect some and try not to lose, er... I mean try not to get annoyed when you die.

It's been quite a long time. I think it was a year or two when I decided to make a game. It was meant to be simple but the longer I worked on it the more I wanted to add stuff to it. Eventually I gave up because I just wasn't motivated and generally I wasn't experienced enough to add the features I wanted to add. But now a year after dropping the development of Dot Dodger I believe I found new inspiration and some free time.

Now I would like to discuss about DSTO itself. People would ask "what does DSTO stand for?", well friends I know it but I think it should not be mentioned. I just didn't have a good name for the game so I just gave it a technical term and abbreviated it to DSTO.

DSTO itself is in essence what Dot Dodger is but different in it's own way. The style has slightly changed from some dull simplistic sprites. Now it's been well detailed and to fit the game.

I have currently been working on this project for a while but had to stop due to exams. But since today is the start of a long holiday I hope I can get a large chunk of work done (well it's not work, it's just a hobby).

Furthermore I am releasing a prerelease alpha version. It's just to help me organize some files and keep you guys interested. Also I wanted some constructive feed back for this game. 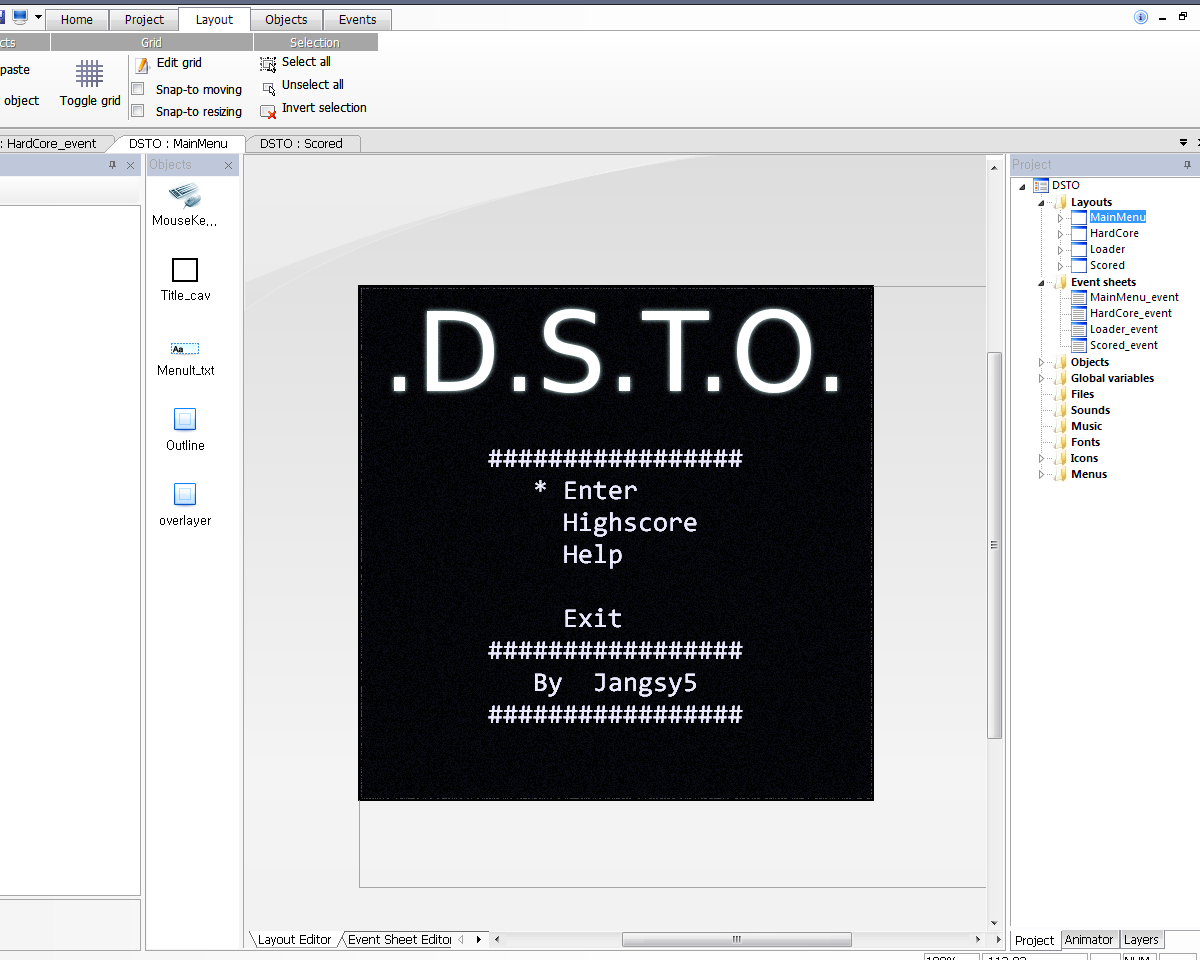 Try out the game at the download section here

A prerelease alpha that I thought I would share with everyone else to help me get it right. So technically it's an alpha. More than half of it is missing...