Dragon Vs. Orcs is an easy to play RPG Shooter with light shmup/bullethell mechanics. The simple game mechanic focuses on collecting as much shooting and dodging. Fill the Power Meter by collecting blue Power Gems that spawn from fallen enemies and destructibles. When the power meter is full, a Power-Up pickup spawns. Unleash your power-up and lay waste while collecting Power Gems to get to your next Powerl-Up. Every dragon has a different configuration of power ups and collect buffs with different spreads of stats across 8 Ranks and 3 Classes. Hatch new dragons and level up their powers and buffs to build the greatest squadron. 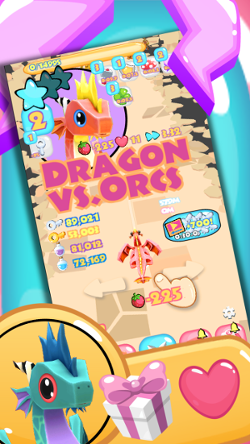 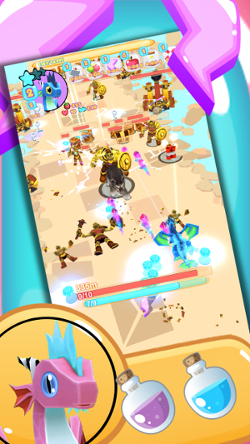 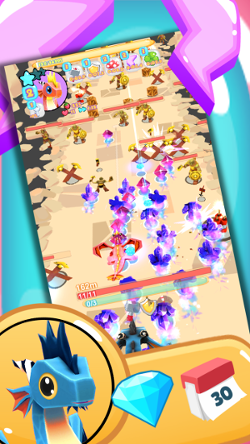 The game features instant, one-touch, action and one touch controls. Just touch the screen to start playing. Slide left right to dodge. Pickups, power-ups, enemy variations, and dazzling effects quickly escalate as the action gets crazy FAST! Letting go of the screen at any time pauses the game so you're never trapped in a run. Great for quick, pick up and play sessions. 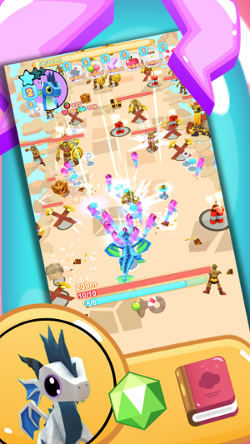 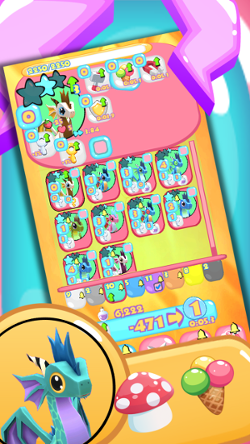 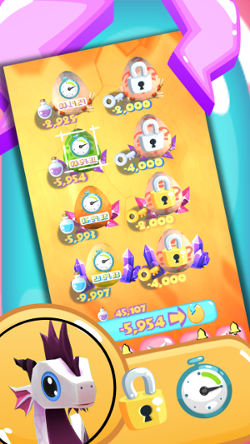 This free game monetizes through in-app purchases and reward videos. There are no pop-up ads. Players can purchase any of the 6 currencies in the game in small and large increments as well as sale items for pairs and quadruple packs of currencies. In addition, players can purchase ultra-rare, max-level dragons which appear in the shop periodically. 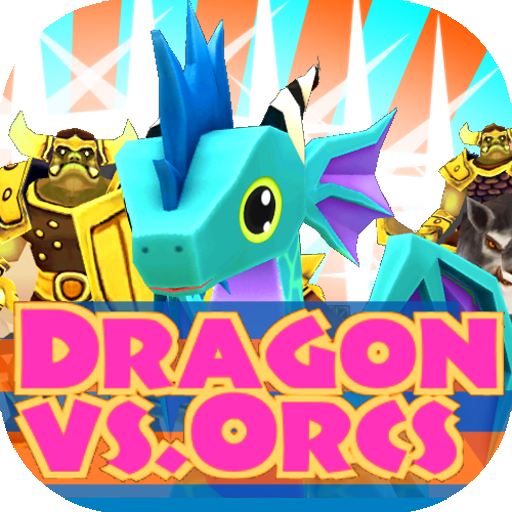 Thanks for looking. I'll post more media and devlogs soon.

Information regarding our policies with the collection, use, and disclosure of Personal Information.

Tags
Embed Buttons
Link to Dragon Vs. Orcs by selecting a button and using the embed code provided more...