RSS Dilogus: The Winds of War Main Theme and About the Score

In this new update we talk a bit about how the score of Dilogus is going to be created. We mention reasons behind instruments and various styles we are going to approach. Enjoy.

Music Of Dilogus : The Winds Of War

Music for fantasy games is an area which can be left wide open to interpretation and offers so many options. Does one go the Lord Of The Rings / World Of Warcraft route and place a heavy emphasis on orchestra? Or does one go more along the lines of CD Projekt's 'The Witcher' and focus on a more esoteric sound world. Both options are perfectly valid.

Being a developer based in Eastern Europe, we've chosen to focus on sounds from our region of the world (Old Slavic/Serbian) while considering many musical instruments from other regions too. For example, Serbian instruments – especially wind instruments - we will feature are the 'gaida', which is an instrument that most would think similar to bagpipes. Other wind instruments could be the 'frula' and 'kavul'. The more 'foreign' the instruments sound, the more we hope it will immerse our player into the strange and wonderful world we are creating. We will also combine this with strings of the cinematic style that you are used to hearing in Western music. The instruments we will generally be avoiding are from the brass family.

To be honest though, if it sounds good, and it fits the game, we will use it, but the priority is to make it sound foreign and exotic! 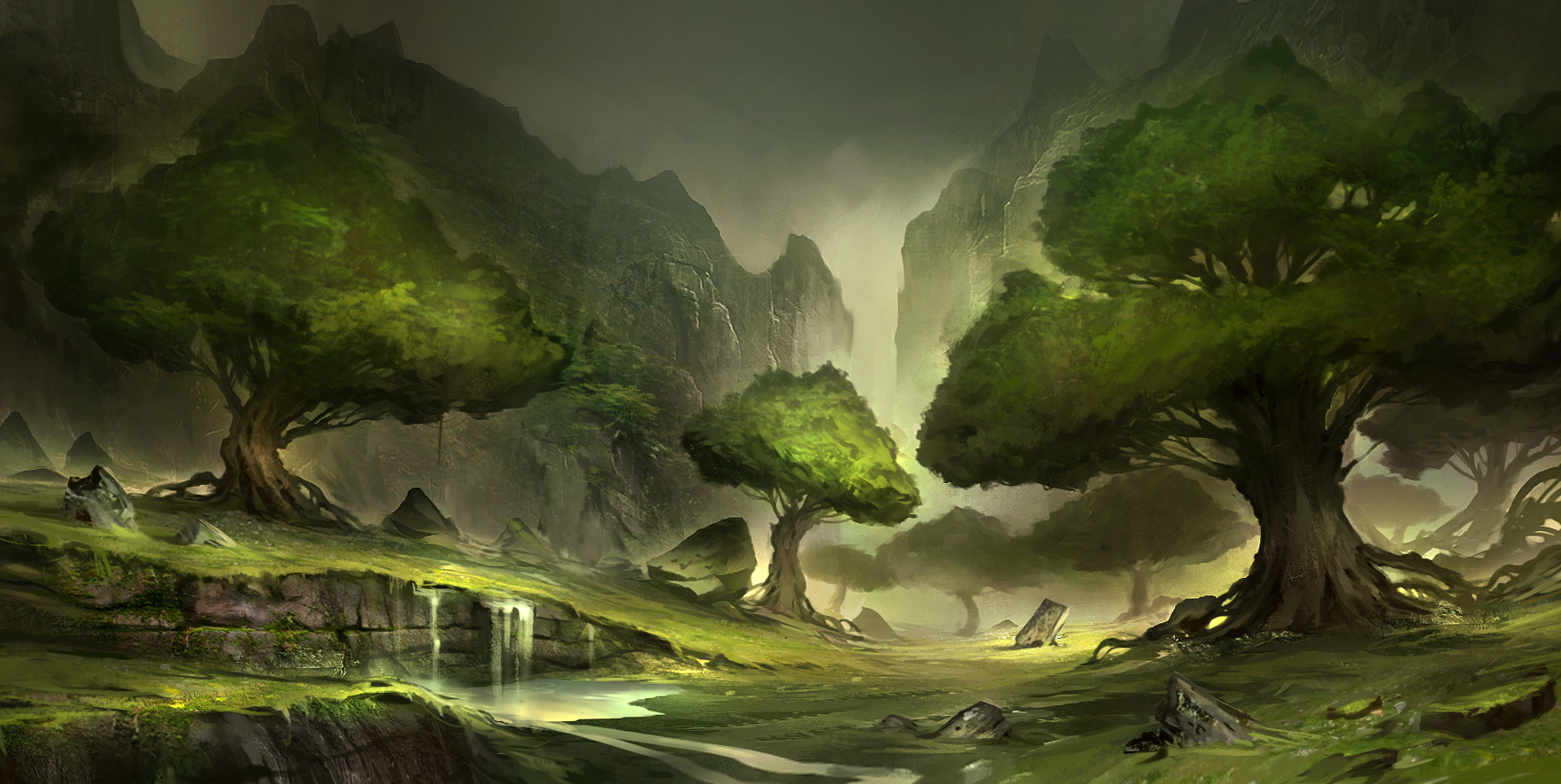 Aeraalas Woodlands, the only lush green woodlands intact by the destruction of wars.

We will also be very heavily utilising vocals for the music of Dilogus: The Winds of War. These will be sung in the Balkan/Eastern European style and can be heard in the demo track for the main theme below. The plan is to have a mammoth recording session (or two) with a singer who specialises in this style of music, and that will give us a whole lot of material to work with for the project.

While we are still early days in the production process, we are establishing a musical direction and plan for the game, that will focus on having music sound specific to each environment. That is, you enter a certain area, and musically you can close your eyes and not look at the screen, and know which part of the world you are in. This is not a unique concept in games or film, it's just the direction we're going in.

In addition, there are many themes that we will have to be covered in the story, war, drama, conspiracy. As a result, we have created You a demo of some of the main thematic material for the game, and also some of the sounds that you MIGHT hear. All of this is subject to change, of course!

We've also provided you with an image of the actual main theme which will recur in all kinds of various forms, shortened, lengthened, different instruments or otherwise throughout the game. Again, this is subject to change, but this is to give you an idea of the direction we're going.

In this track, there is a short introduction, and the main theme enters immediately afterwards played on a variety of string instruments. It is then repeated in a much bigger format, with gaida and choir. The middle section is a total contrast to what has become before, and is somewhat the kind of music you might hear while you are wandering around in game. If you listen carefully there are echoes of the main theme here in the piano.

Many of you will have noticed the references to technology in some of the concept art for Dilogus, and this has also been acknowledged in this track. There is a hint of 'modernistic' sound in there, but it's subtle, and you have to listen carefully. This modern sound gradually builds to a climax, and then we have a repeat of the main theme to close the demonstration.

We hope you found this interesting and informative to read. We will provide further updates on the music as the game (and therefore the music world) develops.

Thanks for following Dilogus : The Winds Of War.

If you would like to follow our progress, you can Watch the project or tune in with one of our community sites. Another option is to have a check in at our Blog and Forum.

Lovely soundtrack. I am really loving the progress so far.
I damn well love the guitar in the middle theme. Nice playing! (:

I'll let the guitarist know. He'll be happy to hear. ;)

I love the song. Very atmospheric!

This sound is just beautiful. Is it possible and allowed to download this song somewhere?

The Dilogus - Winds of War soundtrack will probably ship with the game or collectors edition, so unfortunately this track is not downloadable at this point.

Amazing concept and the song reminds me Gladiator and maybe Avatar. :D

Who's the composer? It is truly beautifully and of the highest quality. I look forward to the game if only for that I can expect the soundtrack to be as stunning as this. Congratulations, and thank you for sharing this.

this is great and when is the game coming out

Sounds excellent, when I hear it I can imagine my very self wandering through a desert on the way to the next nomad settlement.

I'd say I fell Witcher kind of vibe here, slavic mythology and stuff which is good. I'm really curios about writing, who's done it? Has Kosingas been taken into consideration for the lore (even though it kinda sucks, it has a nice premise and setup)?