Deflektion is a retro infused brain workout that makes you think ahead. Bounce and deflekt your way through fiendishly designed levels by rolling the ball over the icons in the right order. The path of the ball can be changed by placing deflektors in it's path and various blocks will influence the path of the ball, some are advantageous and some are not. The ball is continuously moving and careful planning is needed to progress through each level

Level design via the medium of pixel art and Excel

Puzzle games have always been a favourite genre of mine so creating levels for a puzzle game was always going to be interesting. Designing the levels for the game is a two stage process. First, I draw 17x17 resolution pixel art pictures on my phone to get ideas for levels, then when I stumble upon something that might actually work, it's time to dig out an age old friend, namely Microsoft Excel. But instead of dull spreadsheets, graphs and other yawn inducing boredom, I have put together an Excel file that generates coloured numbered cells to represent the different types of block found in the game. The pixel art drawing is replicated in Excel which then generates a massively long array of numbers. This is fed into a script in Godot to generate the different blocks at the right coordinates that make up the level. And finally I can test the level on the laptop or as a build for testing on an Android device ie: my phone. Adjustments are easy to, change a few things in the Excel file then, re-import the array and try again. Bob's your Uncle as they say. 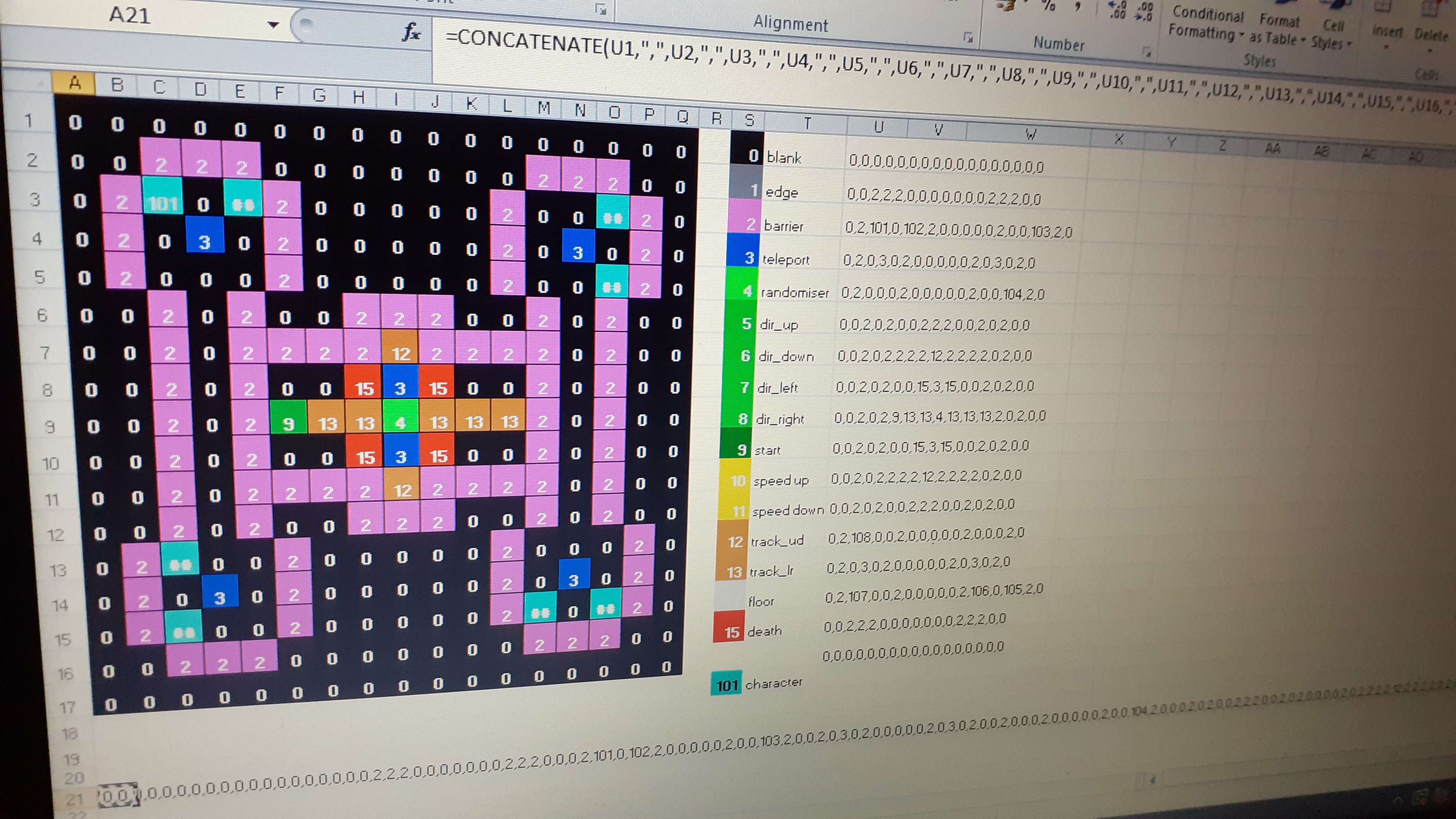 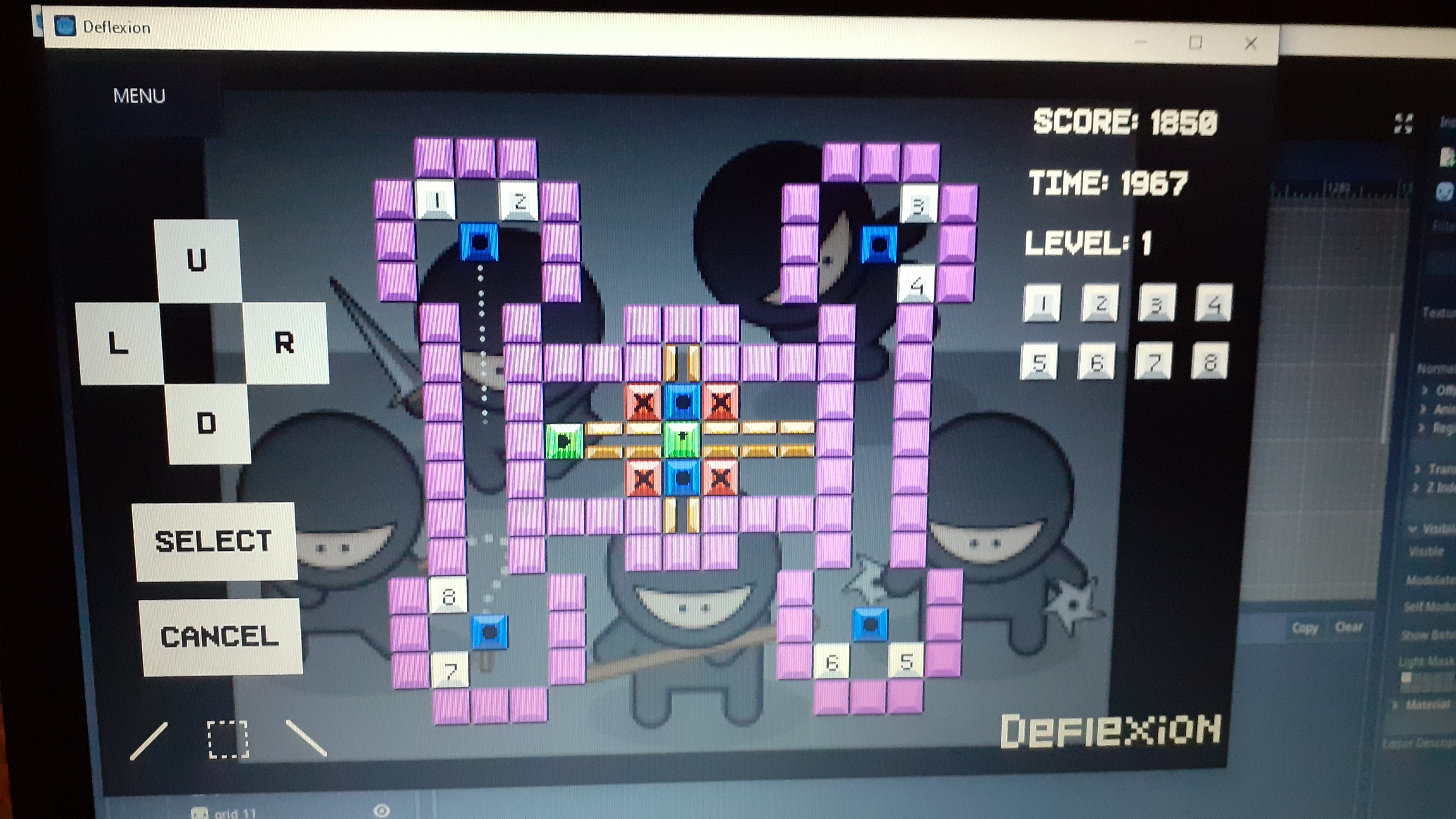