I'm missing the Cyberpunk themed Sale Steam​ is running this Week with some really great pearls on the shelves, but my new Steam Shop Side is up and I'm working on the finishing testing of the Game. Achievements and the Highscore Leaderboard are working so we are almost there! The new Version with more polished VisualFX and better overall performance will hit Steam soon. 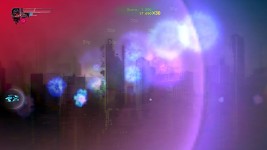 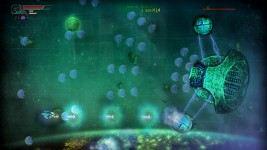 Overall some changes are more cosmetical nature but I also adjusted some of the gameplay progression. As an developer I must say it was really kind of nice to lay my hands on this baby again - first I was afraid I would not be able to resist the urge to refactor a lot of things since I would do some stuff on the technical side differently now but it really was fun to revisit this special atmosphere and gameplay of this one.
Added a new little Teaser too on the Cyberpunk 3776 Steam Shop Side, so let me know what you think Pilot's of Doom :-)

Since I had to put up more time in dev you might have noticed that the Price Tag has changed. All you early adopters and true gamers who supported me from the very first hour have the nice advantage to getting the game early before the Price changed. Thanks to you guys Cyberpunk 3776 got greenlit and I'm really happy about this! Steamkeys for all owners will follow shortly after the launch on Steam and after that is up and running I will work on updating the DRM free Version too with the latest changes asap.

Good News on Cyberpunk 3776 Everyone!

Just woke few days back and found the message in my inbox "Cyberpunk 3776 got Greenlit!" AWESOME!!!

Cyberpunk 3776 is on sale this weekend, go get it @desura today because it's a great game, it is in fact a steal plus you would support a starving fellow...

Cyberpunk 3776 is on Sale this Weekend 50% off dont miss it and leave a vote on Steam Greenlight :-)

A new gameplay and feature video is up explaining some game mechanics and tactics.

Includes stage one and two. See readme.txt and ingame help for more informations.

Includes stage one and two. See readme.txt and ingame help for more informations.

I'm liking the look of this, but where is the music from in the trailer? I am sure I have heard it before.

Thanks, the music is from a guy who made it free to use under common liscence - so you may hav heard it on other games/projects maybe

Hello, i played the demo, i finished it and i love it.
The cyberpunk it's a good idea and to mixt up with RPH content to level up the ship is great.
Will you add more skins for ennemies ? he total level for the final game is 7 ?

To add one more thougth - I might consider the option the release an extended version with more stages and features some day in the future if this Niche-Game reaches a countable Audience.

thanks for the reply!

I add more Enemys as dev goes on and do some polishing on the ones allready there as I find the time. One Man Army over here ;-)
Currently I planned 7 Stages featuring a unique Backround and Boss each (currently the Stage 3 Boss is just a Placeholder).

CyberPunk ShMup? wow, looks like you found a unique combination!

Nice atmosphere, I used to love games like this, Life Force, Gradius.

Thanks man! Your feedback is very appreciated :-)