Got good memory? Prove it! ...with Cubo!

Cubo is a blazing fast puzzle game for iPhone, iPad, iPod Touch and Android! Memorize and repeat sequences of colors to advance in level. The game is quite similar to the good old and popular 'board game' “Simon Says”. The player who can remember and repeat the longest sequence of colors will get the highest score.

Available on the iTunes AppStore!
Available on Android Marketplace!
(Recently updated to 1.2!) 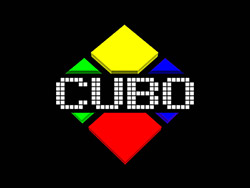 SOLVE COMPLEX PUZZLES
Feel the tension as you focus on solving the most complex Cubo color chains!
Focus on sounds, rhythm and colors to get as far as you can.

TRAIN YOUR BRAIN
Your short term memory will greatly improve as you put it to the test in Cubo!
Try to achieve the highest level possible in this challenging and addicting puzzle game!

INNOVATIVE CONTROLS
Simple and effective touch controls will allow you to 'pick up and play'!
Cubo can be played in any quick spare minute and is controlled through a
clean and clear interface using only 4 buttons!

STYLISH GRAPHICS
Cubo comes with stylish artwork on over 400 mobile devices and makes full use of the amazing "Retina Display" and larger tablet screens! It also comes as a universal app for tablets and phones as a single download!

FREE VERSIONS AVAILABLE
Cubo is completely free on Android and iOS devices (iPhone users can buy a version to for only a dollar to get rid of any advertisement).

Like Cubo? Be sure to check out "Joe Cable"; another insanely addicting game by GD8 Games!

Put your brain to the test, with Cubo!
The most stylish memory game now available on Android!Do you often brag about good memory to friends and family?

Cubo is a blazing fast puzzle game for Android; memorize and repeat sequences of colors to advance in level. Feel the tension as you focus on rhythm, sounds and colors to get as far as your brain can handle! It comes with simple and effective touch controls that feel innovative and responsive on all Android devices. Expect super crisp HD graphics and animations in a game that comes as a completely free download!The release of Cubo is our first release on the Android market and we’re looking to bring more titles to Android in the future!Key features:- Fun and easy to play concept that everyone can enjoy!

- Put your brain to the test by remembering the right sequences.
- Super stylish puzzle game with HD graphics.
- Simple and innovative controls and user interface.
- It’s free!
- Focus on colors, sounds and movements to get as far as possible!
- Runs on pretty much all Android devices.

Let us know what you think so we can improve the game! :)

Our iPhone / iPad puzzle game "Cubo" has been updated to version 1.2 and is now live on the Apple AppStore. Be sure to upgrade your game as it contains...

Cubo for free in your webbrowser!

A free online version of our puzzle game Cubo can now be played in any webbrowser on Kongregate. Be sure to give it a try!

Cubo 1.2 has been uploaded to Apple and is awaiting approval. Stay tuned... This new version will come in smaller download- and application size and with...

Our puzzler "Cubo" for iPhone, iPad and iPod Touch has received an 1.1 update with bug fixes and improved performance! We've also just released a Lite...