"Spread color. Spread joy. Thrill to the emergence of strange new creatures. And burn them all to ashes."

Cube and Star: An Arbitrary Love is a game about the joy of exploration - the joy of... aimless but mindful wandering.
The world is a living, breathing entity and you - bold individual that you are; spread color throughout the land.

And across the world other cubes like yourself are bounding around, each with a little knowledge to impart to you... if you are curious enough to listen.

As the world become more vibrant - as you lend it your own breed of charm, secrets emerge from the ground: discover ancient relics, bizarre monetary tokens and personal journal entries left by cubes long gone.

And ultimately... fill your void with strange new knowledge, flood the world with color, burn the world to ashes - and watch as an ancient civilization is reborn.

And as you wander... relax. 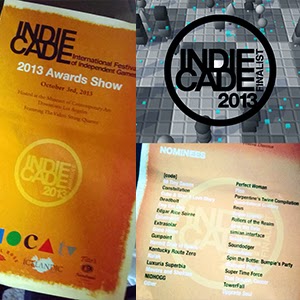 So, it's been about two months since IndieCade, which kinda feels like too long ago to be writing a "recap" blog post about now...

But it was such an awesome event, I feel like it really needs a post. (Joshua did touch on IndieCade in a previous post, but I think it needs it's own special post). Better late than never, I guess!

Cube & Star: A Love Story was an IndieCade 2013 Nominee (so exciting!) so we spent most of IndieCade hanging out in the Firehouse showcasing the game.

The response to Cube & Star was fantastic - it was really inspiring to see people enjoying the game and wanting to know more about it. 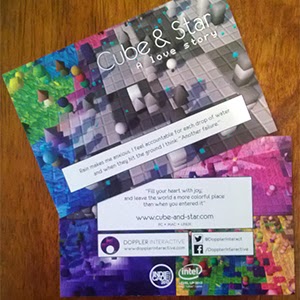 We prepared for IndieCade with some postcards. I was adamant we needed something to hand out - I felt really weird at PAX approaching people to try the game without some sort of promotional thing.

This was a completely different crowd to PAX though - people were really engaged and were eager to try the game. I still think the postcards were a good idea - we gave a massive stack away over the weekend. 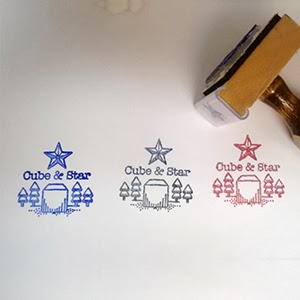 We also had a stamp made - our "memento" for people filling in their IndieCade passbooks. Unfortunately, I don't think the passbooks were very well promoted - we only had a few people ask to get theirs.

Still - we now have a Cube & Star stamp and a bunch of ink. That's pretty cool. 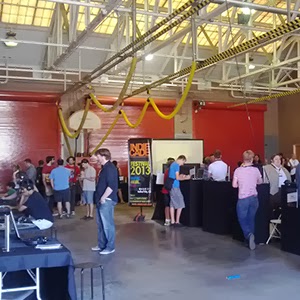 This is the Firehouse where all the Indiecade nominees were placed. This was taken early on the Sunday morning - by midday it was completely packed, you could barely walk through. Saturday was even busier, just crazy-busy.

And man, huge props to anybody who demos at an event like this - it's exhausting. Seriously. I'm not a spring chicken anymore (Although Ralph's refusal to sell me beer with my international ID refutes that point). 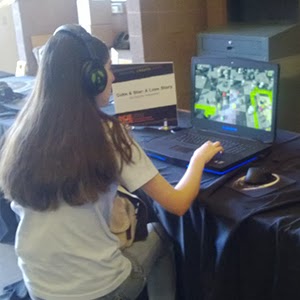 I've run out of things to say, so Joshua can take over now.

It's been a crazy few months, friends. Things are happening. I've got a lot to say, but I'm also tired and hungry.

I hope you're all enjoying life in its varying forms on your varying sides of the screen.

Your life will be slightly richer for the experience.

When a butterfly levels up, it dies.

Everyone! We are so super excited to announce that Cube & Star: A Love Story, our little bundle of gaming joy, has been named Best "Other" Game in...