The catnip has been stolen, can you bring peace and harmony back to Kitty Island? --- RPG puzzle adventure for all ages! 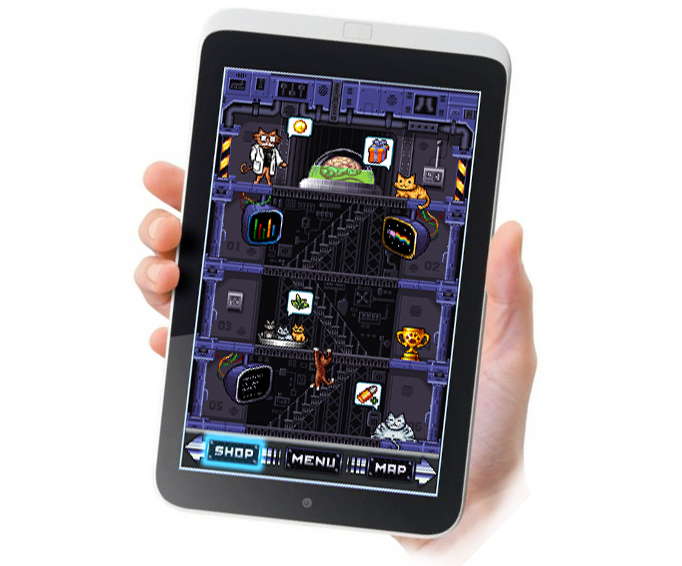 Gameplay: Combat Cats is similar to Bejeweled style games where you have to connect bricks to break them. You do this by swapping out your current brick with any brick on the board.The special twist with Combat Cats is that you are also fighting enemies the entire time! -- When you match a combination of missile bricks, you will shoot missiles at the enemy. If you match poison bricks, you will poison the enemy. -- All the while, you are taking damage too! So you must repair your ship by connecting repair bricks.Connecting more bricks creates nuclear bricks. A nuclear brick will blow up in a special pattern, clearing larger areas of the board. The more bricks you match at once, the larger the nuke will be. -- To use a nuke, all you have to do is tap it, and it detonates!As you adventure, you will fight bosses to obtain catnip pieces. You can then use them for special upgrades. 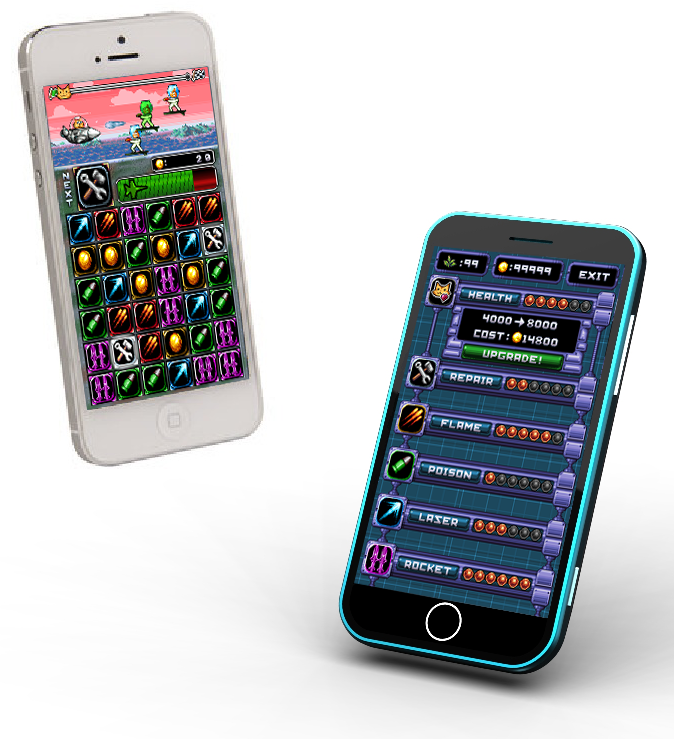 Upgrade Shop:There is an upgrade shop where you can go to spend coins and catnip collected throughout the game. Here you can purchase more damage for your weapons, better armor for your ship, or a multitude of new vehicles!Why Help Us?: We are almost done with Combat Cats...We have a tiny bit more art and programming to finish. At this point we are just asking to help fund the licensing fees, and cost for music to bring this wonderful game to you guys. We want to port it to as many devices as possible, so everyone has a chance to play. 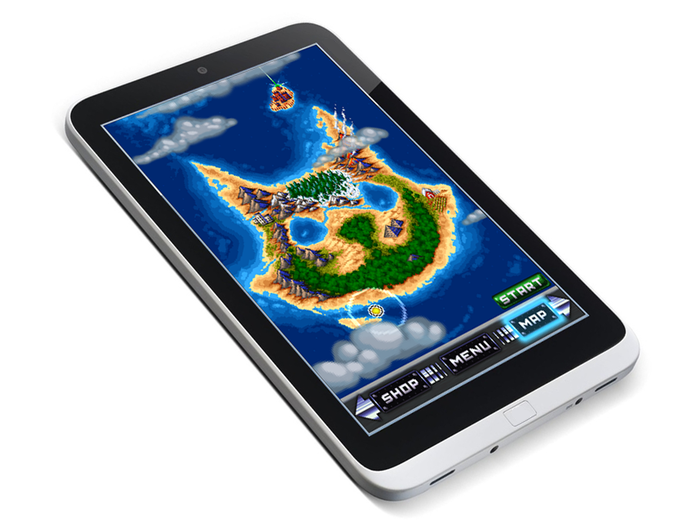 marks the day all of feline kind has been waiting for. The battle against the Aquarium Alliance has launched on the stores of all Steam enabled computers the world over! That's right, now you can do your duty to restore peace to Kitty Island for 2.99 through Steam!!

Head on over HERE to take a gander!!

This just in, Combat Cats: Lite on Android!

You favorite feline protagonists have taken to the skies in Free to play on android!

Come jam out with us as we celebrate the first mobile release of Combat Cats!

Only about 1 week before launch on iOS/Android. Possibly PC/Mac versions if a website will allow us to sell.

I Wanna
Play this
Game!
(it's like the quote in the starting of game I Wanna Be The Boshy but edited lol)

We'd like to thank all of our fans for making Combat Cats (temporarily) the number 2 game on slidedb!!

Thanks a bunch! Keep your eyes locked here for tons of awesome update, even after the game is released!

love the updates, keep up this great work!

Why thank you very much! This is a passion project for us, and will be our first commercially released game. Our hopes are to begin to explore more experimental ideas, delving deeper into independent game development with the funds from this project :)

It definitely is unique! We've never a system like it. We're combining RPG elements with puzzle and action. The combination and swiftness of your actions determines whether or not you'll be able to finish your enemies. Please check us out and share us with your friends!

Ok? ...this is somehow unique.
I mean not the Bejeweled part but the combination of a rbg like battle with this puzzle game.