Zombie Desperation is a small horror game where you shoot hordes of zombies until you die, aiming to obtain a higher rank in the online leaderboards while unlocking new scenarios and weapons. It is a port of a shooting gallery mobile game released back in 2011, improved with several of the features that this platform has to offer. Battle for your life in six scenarios, shooting and exploding zombies, picking up weapons and support items before the screen overloads with zombies. Careful, some may want to see you up close before you become their dinner.

COLLECTIBLES ARE NOW AVAILABLE, PLUS NEW OTHER NEW FEATURES

We have updated Zombie Desperation with hidden pickups, there are now hidden "flash drives" in every map. Shoot a certain area for the pickups to pop in. They will unlock files with data from the now deceased people of the game world, read them altogether to flesh out the story of the game, similar to the leftover notes in survival games. 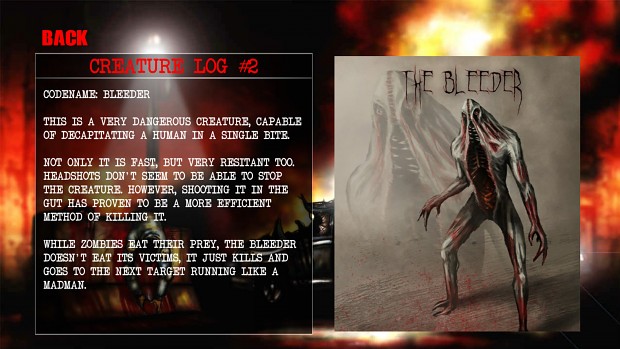 THE UPDATE ALSO BRINGS YOU A COUPLE MORE THINGS

Thats all for this update. We hope you keep enjoying our games and as always, thank you for your support!

The same game as we know it, but all the zombies are now wearing pumpkin heads.

Visual style's great, Halloween theme adds to the visual packet, and let me tell ya themes will keep this game alive for me at least. Toss up a Mall theme, Clothing, Grocery stores, Bed Bath and Beyond (that store is terrifying) add to the demographics that are now zombies who used shop within said theme. I'm just saying thanks for this, great work keep it fresh my eye sockets want more.

The Binding of Isaac: Rebirth Arcade

The Madness Of Little Emma Arcade