On your remote island, tourism is what puts food on the plates of the community. Or to be more precise, it is the food on the plates of the community! In this cooperative action cooking game, you'll need to make the tastiest meals by fighting tourists, collecting their body parts and turning them into meals. Can you serve just the right recipes to your ravenous cannibal god?

More information will be coming soon!

Our game of co-op cooking, combat and voodoo powers is enjoying a big summer sale from today until next Monday! It doesn't matter if you're a PC gamer or a Switch fan, we've got 50% discounts for everyone! 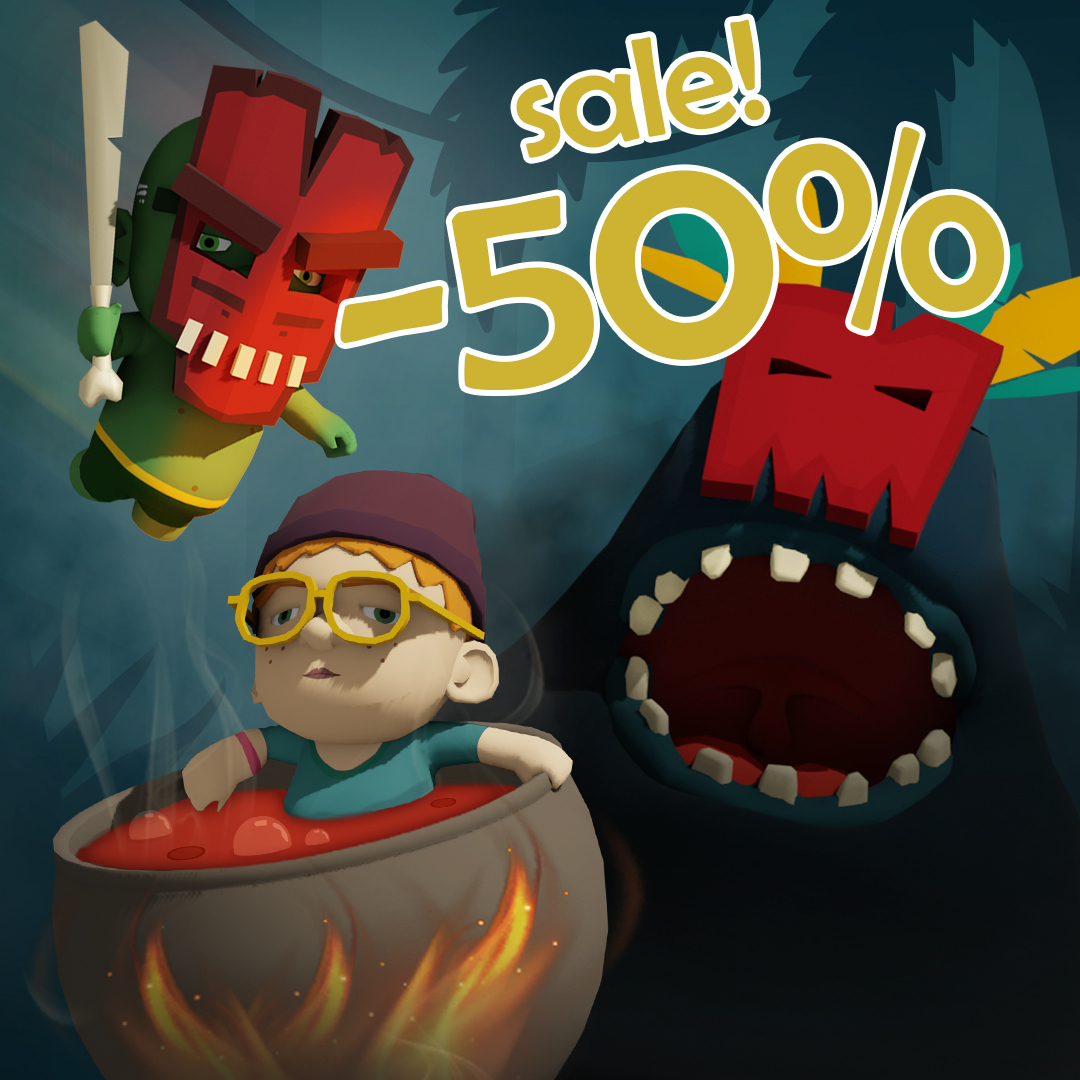 Since release we've polished the controls, adjusted the challenge, and all round made the game even better.

Now's the perfect time to take a trip to the tropical island of Cannibal Cuisine!

The first update for Cannibal Cuisine fixes some performance issues on lvl 3, tweaks target scores, and solves an issue with friend invites!

Cannibal Cuisine is out now on Switch and Steam!

The 1-4 player co-op cannibal cook 'em up is available now on the eShop for Nintendo Switch, and for PC via Steam. There's also a 25% launch discount...

Set your oven timers for May 20th... Cannibal Cuisine officially has a release date!

Co-op cook 'em up Cannibal Cuisine will release on May 20th. Try the open beta on PC via Steam to get a taste already!

A development update, an ingenious idea, and a dev chat teaser!