In Axis & Allies: RTS , players will relive and experience the most epic struggle in the history of mankind, World War II. Players will be able to direct the military and economic destiny of any one of the world's most powerful countries - United States, England, Germany, The Soviet Union or Japan. Axis & Allies: RTS will not only capture the intensity of war but will also allow players to change the outcome of the major battles and campaigns of World War II. Confronted with the strategic and tactical situations experienced by the top generals and national leaders of the period, players will have to make critical decisions that determine the fate and the destiny of the world. Axis & Allies: RTS will feature gameplay elements such as unique organization of units; command of land, sea, and air units in real-time; dynamic fronts and supply lines; interaction with Generals and Leaders of the era; and intense online play with a powerful random scenario generator. 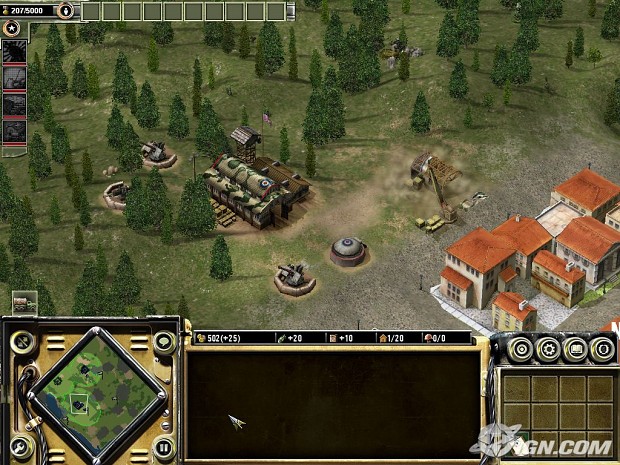 here you see a little british base.