It's all fun and games until the guests start dying!

You're invited to a murder mystery party hosted in a prestigious school by an old friend. Everything is not as it seems when people really start dying.

It is down to you, your cunning whit and your stream audience (if you're into streaming!) to piece together the mystery and solve the murders before you become the next victim.

You take the role as Robert Bobstein, best friend of Moe Green, the first victim of the murder mystery and headmaster of the school. With your best friend dead and the realization this isn't just a game anymore, can you figure out the murder before it's too late?

The game features many dynamic and unique features, we're talking dynamic camera angles and scene changes for when streamers play it live to give the game a television-esque vibe. We're also talking a detective's notepad which is actually just a gateway to stream chat, Dynamically generated victims and murders. To tie it all together, there is a plot so gripping that you'll tear off the leather on your chair in anticipation of where the story will take you next. All exclusively in virtual reality.

This week is all about money. Money, money, money. Good old virtual currency. 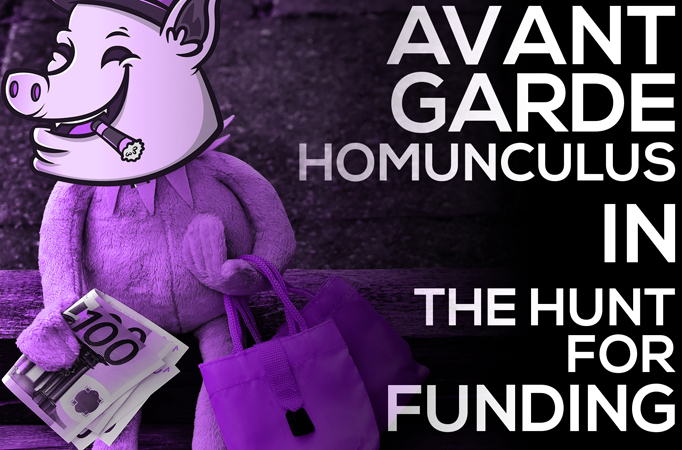 Does this even need an explanation? Image source: AvGaHo

Believe it or not, video-game cost money. You might find a handful of indie developers who believe they can ship a title for £0 but they are just cute and naive creatures, usually.

Of course there are some very, very fringe cases but for the most part, making games equate to spending an obscene amount of dollar dollar bills.

AVANT GARDE INVESTIGATE is a highly ambitious game. There is a lot happening and a lot of cogs that need to come together in order to bring the world of AGI to life. These cogs range from 3D models to character voices all the way over to ensuring the roof over Avant Garde Homunculus HQ remains in place for the duration of the project.

Without rambling for years on end, I’ll just get right to the point. Without money, games like this are going to fail spectacularly. I don’t know about you, but I don’t like the idea of that happening on my watch. 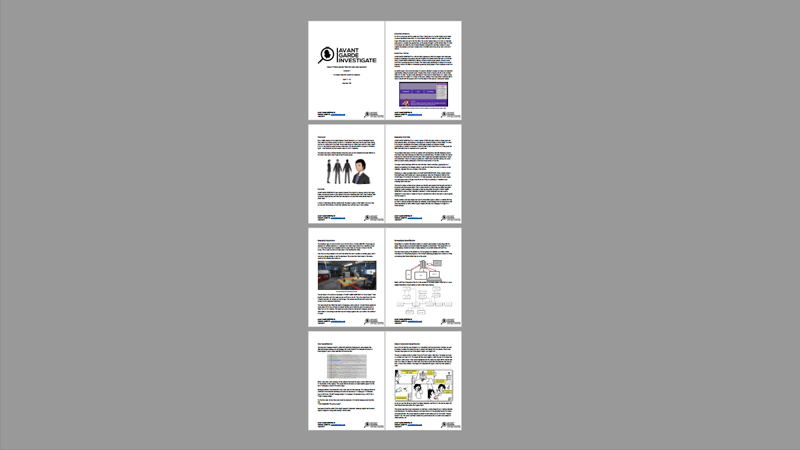 This section alone of the Game Design Document equates to $20,000 worth of development. Ouch. Image source: AvGaHo

The next logical question I can see seeping out of your earlobes and onto the floor in a thick, gooey mess is “where will this money come from”? If you did indeed think this, then you’re in the exact same boat as us here in AGH-HQ.

As explained over the past few developer logs, we are actively seeking a publisher to bring AVANT GARDE INVESTIGATE to life. We are not misinformed, though. We understand that all over the world right now, hundreds if not thousands of publishers are currently tied up with hundreds if not thousands of promising game developers and titles that they are currently working on.

In terms of timing for looking for a publisher, we’ve picked one of the worst possible times. But that’s just the way we roll. We are still sending out invitations to publishers who we feel share our creative philosophies, so if you feel you know someone or are someone we should talk to — don’t be a stranger and get in touch. 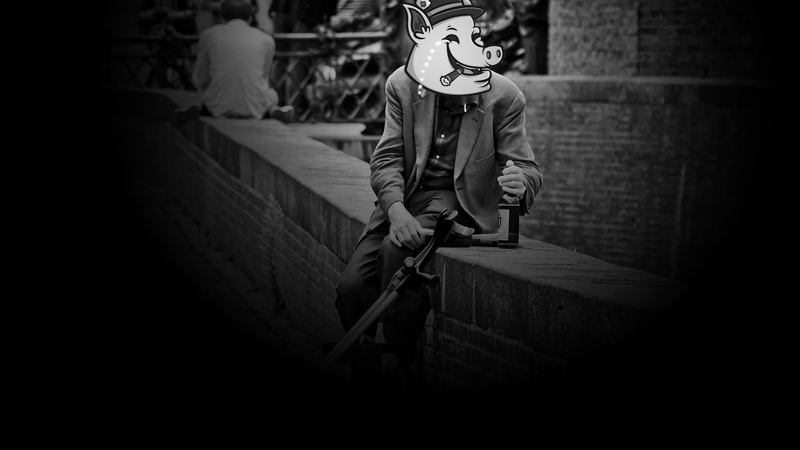 If we do not find the dollar bills, this could be us. You don’t want that…. do you? Image source: Pixabay

The reason I bring this all up all falls back to that vertical slice. You remember the one, right? I’ve mentioned it rather gingerly over the past few developer logs. For those who aren’t in the know, a vertical slice is… well, it’s a vertical slice.

Imagine a delicious hot dog sitting right in front of you — not the bun, sauces or mouth-watering garnishes, just the meat. Now, take an imaginary knife and cut into the center of that succulent meat. Do it once more in a different area of the hot dog. Now, pull up the middle slice.

This is the vertical slice of the hot dog. It’s not the whole hot dog, heck it might not end up being the hot dog you’re going to eat but this hot dog slice right here represents the idea of the tasty treat waiting to join its fallen comrades in Valhalla.

Just a small snippet can give the taste of the whole thing. It is similar to a demo but done early in development to find funding as well as “find the fun”. Image source: WikiCommons and my Microsoft Paint skills

It might not be the same hot dog but eating this delicious treat will give you the idea of how the whole hot dog will look and taste. Even if the end result ends up a little different, it is still going to be a hot dog and you’re going to have a general idea of what to expect. That’s what a vertical slice is!

Naturally, we’re not talking hot dogs here, believe it or not. We are talking about AVANT GARDE INVESTIGATE. This means the next few weeks will be dedicated to bringing this vertical slice to life. There are a number of key reasons for this: 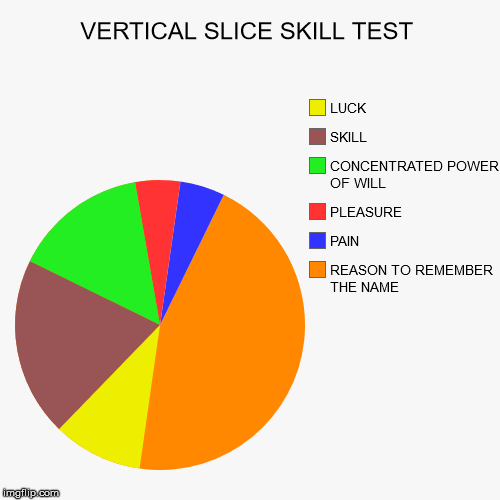 Even if you have the best team on the planet, it is important that everyone attaches themselves in the most productive manner to the project. Image source: imgflip

So the next few weeks will be super busy bringing this vertical slice to life. I am currently working on the script to ensure it is as entertaining as possible whilst also showing off the core mechanics of the game. The script won’t win any awards but at least when you experience it, it should (in theory) give you a chuckle or two.

And hey, if the vertical slice is the best thing you’ve ever played, perhaps you’ll consider throwing your life’s savings our way so we can bring AVANT GARDE INVESTIGATE to life.

For now, I need to go and dive straight into the vertical slice development. Ain’t no rest for the wicked! I want to thank-you for reading this week’s developer log update and I hope to see you back here next week where I try absolutely disgustingly cheap motion capture solutions for your amusement.

The fifth development log for the virtual reality title AVANT GARDE INVESTIGATE, explaining about how we're using Articy Draft to take the project to...

Nancy Drew: The Creature of Kapu Cave Point and Click

Nancy Drew: Tomb of the Lost Queen Point and Click