The game will not be updated anymore. I stopped working on it. If you're interested in the source code feel free to head to the Github page and fork the project: Link

In ASCIIrinth your are finding your way through a labyrinth of ASCII characters to get from point A to point B. Why would you do that? Well, why not!

You can load and play any compatible map or create your own maps with the included map maker (it's really easy). There's also a settings tab for the game, it will be advanced in the course of development. The cool thing about this game is that you can play it on your graphical installation, on an SSH server, on a headless server, on any OS that supports BASH, etc.

Oh and it's also absolutely tiny in size and fully open-source!

How To: Making Maps

This game currently has one big problem affecting the core gameplay: it's got only one map to play (in two variants, basically). In order to provide some fun gameplay, this game needs many more maps and to get these I need your help!

If you have 15 minutes to spare, please think of making a small map for ASCIIrinth, anything helps really! The best of your maps will be included in the game itself (of course only with permission of the maker) and bundled within the game itself.

You can easily create maps if you open an editor of your choice, create a new .txt file and just type in every character that the map should contain. Every character and line you type will be taken one-to-one into the map file. There are no special characters or anything similar. This also means that the map maker will, in the process of generating the map file, not make any special spacing or converting. After saving the txt file, start the game and head to "Create Map", there you will see all of this information and be able to convert it to the appropriate .map format.

Once again, this will convert any .txt file to a compatible .map file for the game. Your map will be shown exactly like you specified it to look like!

Before converting your map, it should look roughly something like this (except if you built it differently, lol). To give you an impression of how this could look like, have an image: 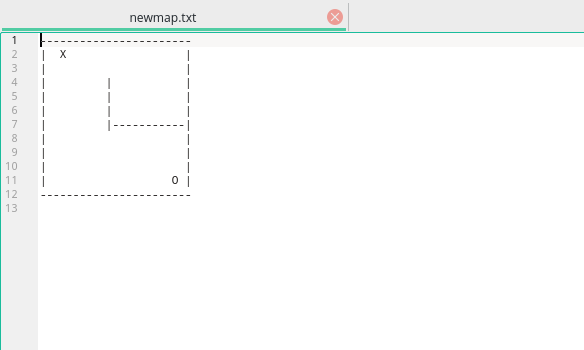 (notice the empty line at the bottom which is very important, otherwise the last line of your map will not be shown later on in the game itself!)

When going through the map maker, eventually you will see a success message pop up and your map written on the screen. This could look something like this: 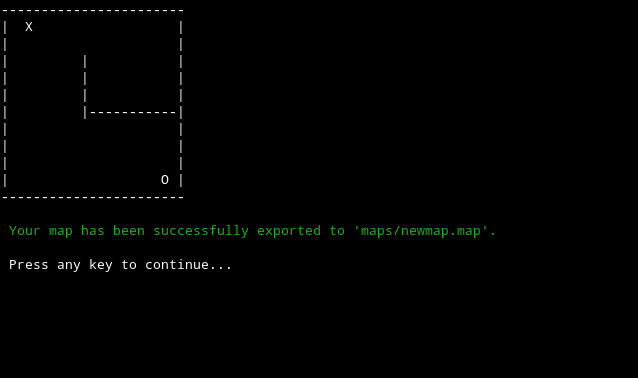 Now you can head to the 'maps' directory of the game and copy the map to share it with the world. At this point your map will be fully converted to a .map filetype and could look something like this: 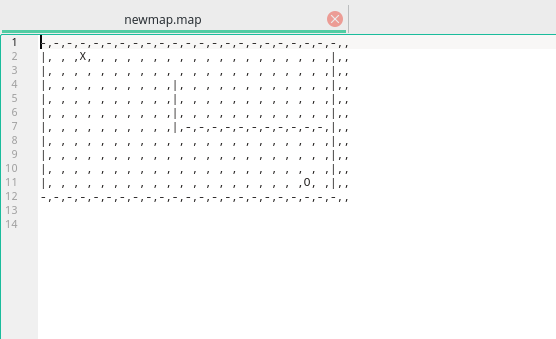 If you want to, you can upload it on any public website and share it with others. In addition, if you want to have it included as a standard map in ASCIIrinth, you can leave me a comment or send me a pm with the download link and I'll have a look at it. If it is suitable for the game, I'll include it (only with your permission of course).

On top of that, you can also upload it here on IndieDB as everyone is permitted to add downloads to this game's profile. However, the most convenient way to let me know of your map is to send me a pull request on the game's Github page.

What's left to say is that you will be featured in the map credits and I'll be very thankful for your contribution!

Newest release with optimizations, fixes and new credits in the menu! See description for changelog.