== The game ==
ArrowHead is a classic 2D platformer game with 3D graphics based on games like Sonic, Donkey Kong and Touhou in boss fights. It has a sharp and simple game mechanic that try to incentive the player to push himself to his limit of movements. For this it has some features like:
* Piercing Attack: ArrowHead can attack like an arrow, it can fly and hurt the enemy, but he can use it also to move faster or do some special tricks using reflective walls. Also this move can redirect your speed vector to the direction that you want;
* Score bonus: The score that you gain hitting the enemy vary according to ArrowHead's speed when attacking;
* Challange modes: After beating a stage you can challange yourself in three types of challanges: token, time and score challanges.

== The Story ==
The story occurs in a world where any kind of thing can have life and intelligence. You are ArrowHead, a living Arrow, and have to fight with a horde of enemies to rescue an old friend and beat an arcane black magician that think that objects livings should be only used as slaves instead of having a normal and free life.

Good evening, now we have the third stage from my 2.5D game 'ArrowHead project' featuring a Salt Cave theme level. In my head Salt Caves were pretty white but after some research I noticed that there are only dirty salt there, so I did it kinda red :P 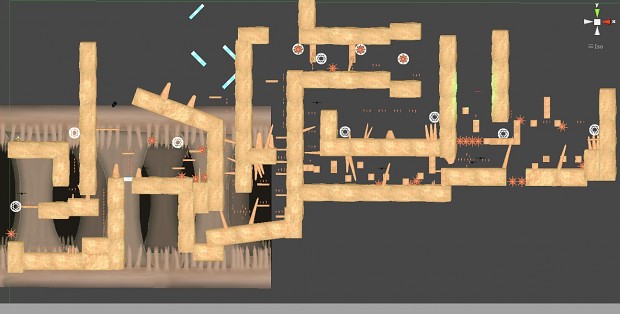 This level's story is based on a rock-idol (a giant saltshaker) that lure and capture travelers using flying salt blocks and steal their souls before it disappear, go to the heaven or something like.
So in this level the main gimmicks are the flying platforms and spirits that will haunt you while you try to find the tomb's exit.
In this version I fixed a severe bug in the object buffer that could make some bullet objects to be created with strange behaviors. Also now the song doesn't starts from the beginning after you dying, so it becomes less annoying to die a lot of times :)
All feedbacks are welcome. Click in the following link to play in your browser (all available levels and bosses are unlocked and the number of lifes are infinite). 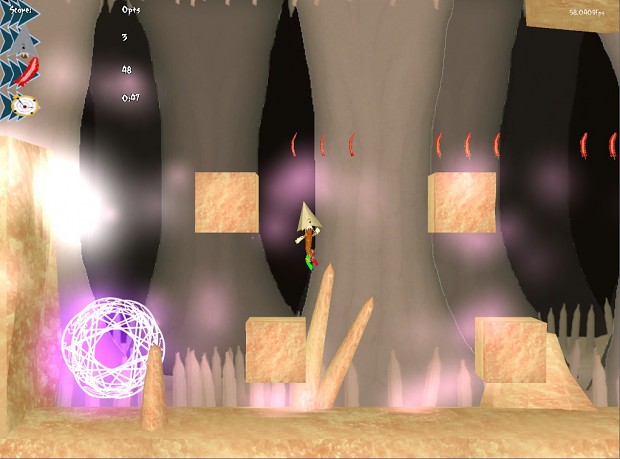 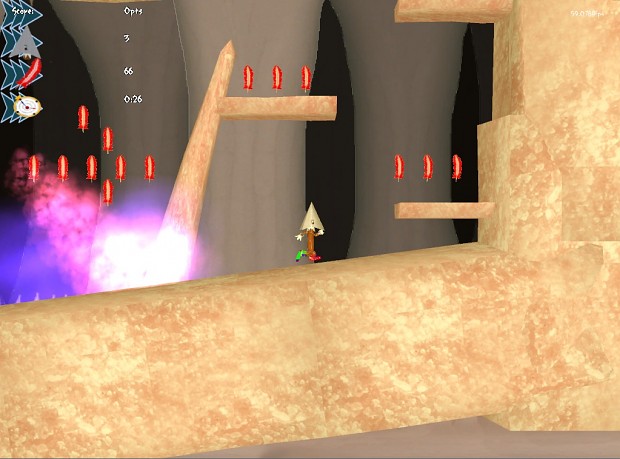 Hi! Here is a new video about my 2.5D platformer game. This video shows the second boss fight. Also there is a link to a demo with 6 stages and 2 bosses...

I am alive (again)

News about the second world, second boss and some pictures

Hello, I am alive here. If you have the Unity Web Player plugin you can play the newest version directly on your browser, just open the following link...

ArrowHead Project Version 0.05 demo released for test in your browser.

1.is this game dead?
2.if not how many levels are you going to have in rhe final realse?
3.will you improve the interface sonce it looks kinsa nad?
4.will you havec collectbles?
5Will you have diffrent enviroments?
6.willn you have unlockble modes?

Oops I am alive, I just forgot to post the lastest video that I made here. Soon I'll post it. Anyway....

1. It's alive;
2. For now I am planning 6 stages with 3 levels + 1 boss, after beating them you'll open the last boss, after beating the last boss you'll open 6 extra stages and if you beat a X% of the game challanges you'll open a special last boss;
3. I'll improve the menu interface, the game interface I'm trying to improve it too ( like in this pic 24.media.tumblr.com )
4. I don't know yet.
5. Yes, please watch the new video.
6. I don't know yet. I'm thinking in a Sausage mode where you place with a Sausage instead of an arrow, also look the answer 1 and the game manual to the extra challanges of each stage.