Arduxim Squadron Command places you in control of a fleet of starfighters and tasks you with winning a campaign across multiple star systems. The game is split between a tactical combat layer and strategic management layer.

Tactical combat plays out in pausable real time with an emphasis on planning and giving orders to your ships while the game world is paused. You have total control over the flow of game time to allow the focus to be on making tactical decisions in a variety of combat situations.

In the strategic game, move your fleet between star systems while managing your ships, equipment and pilots. Pick your battles to give your pilots the best odds of defeating enemy forces.

ACS is currently in development. The aim is to feel like X-COM in space rather than an RTS. Each order given to a craft should be an interesting choice for the player.

Thanks for voting and helping Arduxim Squadron Command on it's quest to become the 2022 Indie of the Year. You are now in with a chance to score some free games. Help this game secure more votes by embedding the widget (or link) we have included below on your favorite sites.

I've been working on the sector map which will form the middle layer of the game (between the tactical combat layer and long term strategic galaxy layer). The map already generated 'edges' of the graph which but these now appear as hyper gates with defined locations in each planetary system. The player will move their carrier (and possibly individual fighters) through these gates during missions. 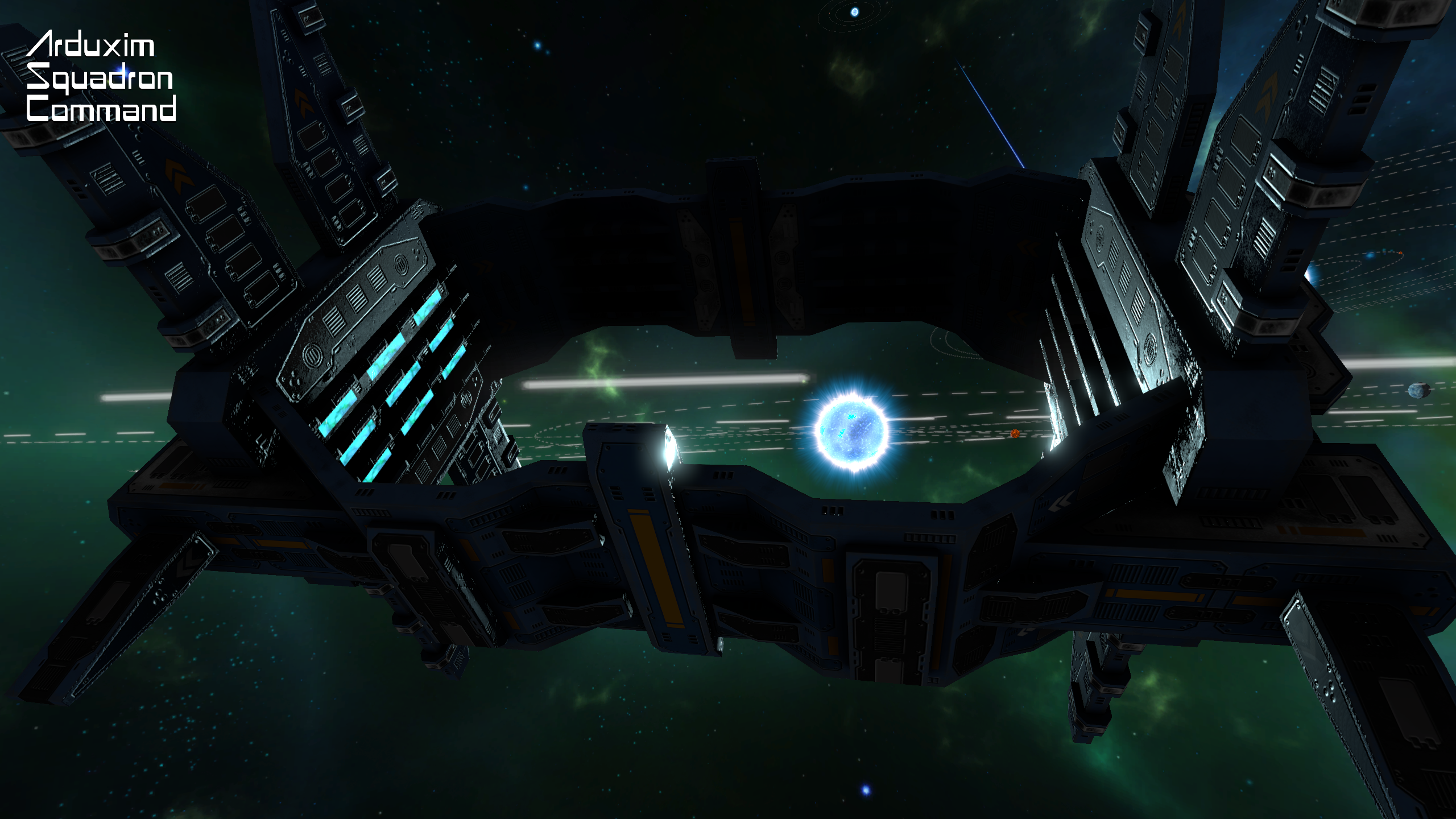 The blue gate effect is place holder but shows where each gate is connected to. 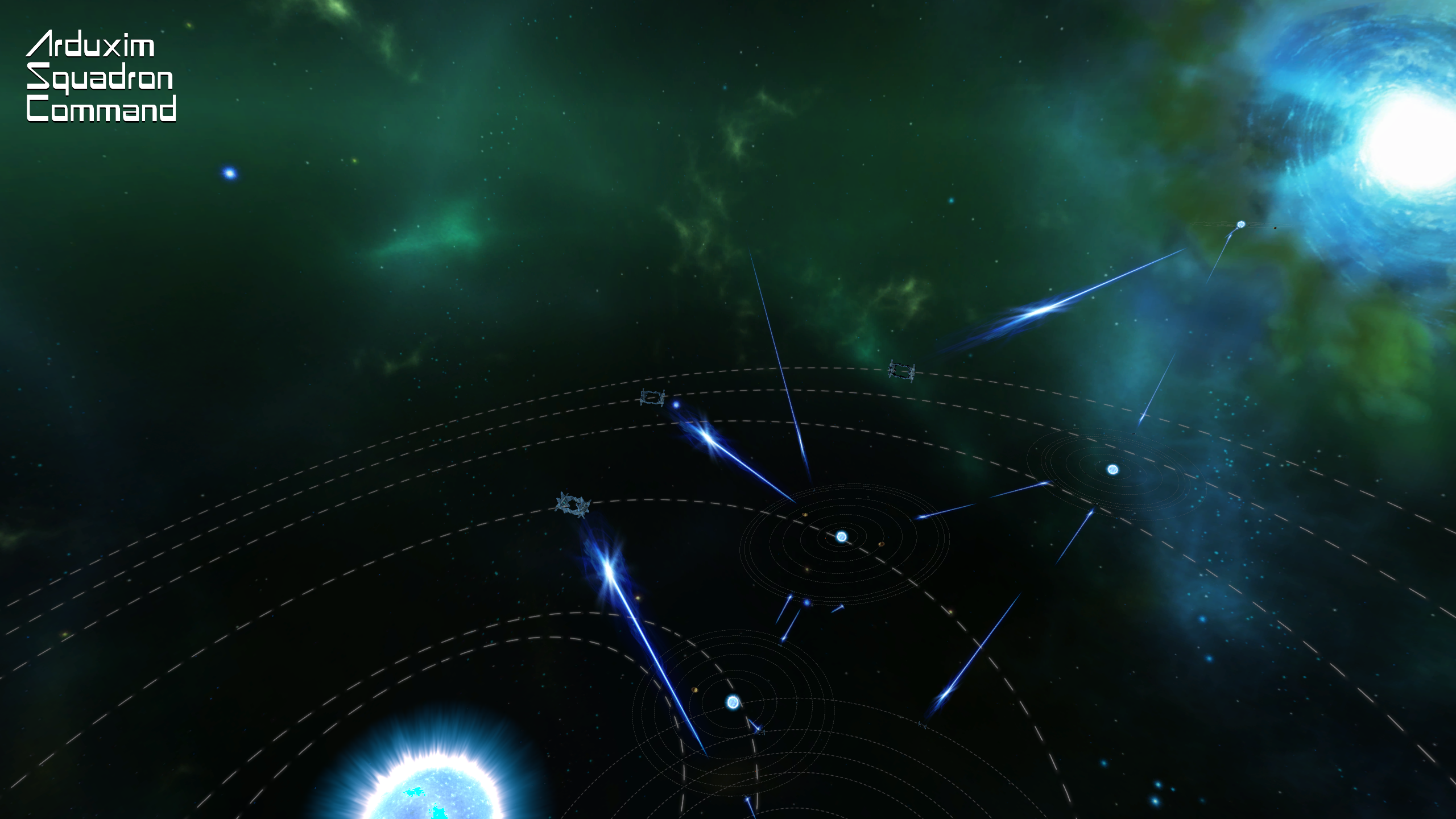 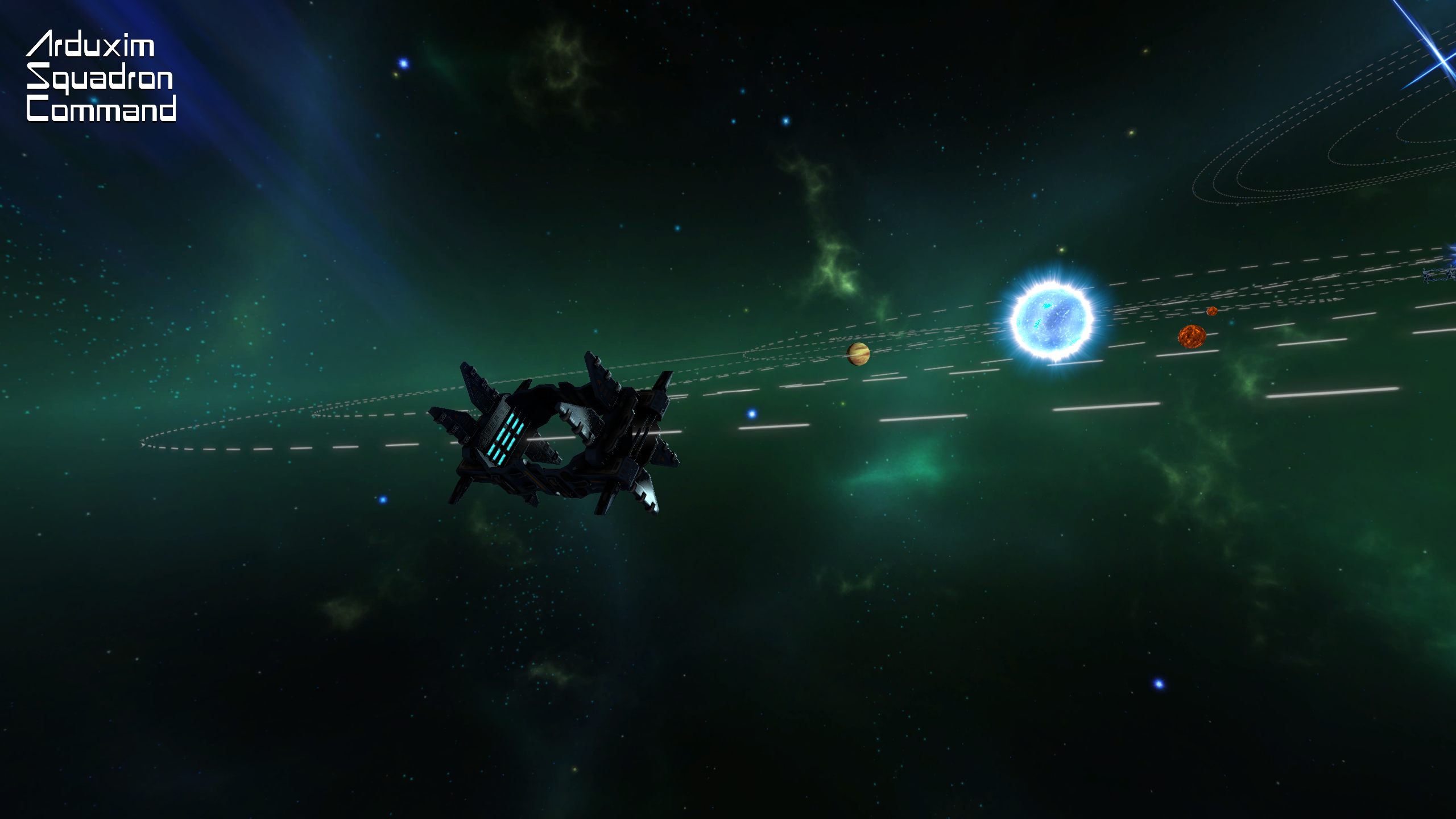 A brief look at some parts of ASC outside of the tactical combat.