You are John T. Longy, a night-watchman at JUPITER, a secret base, set in an old, partially abandoned research facility in a remote countryside location.
JUPITER is the main laboratory of the OLYMPUS GROUP. The scientists there are conducting research on SPACE and TIME, but perhaps there is more to the experiments than meets the eye…
It's a boring night like many others... when, suddenly, BOOM! You hear a loud noise outside. Then… black out.
You awaken in a basement feeling confused. You have fallen through the floor above...
You begin encountering unusual organisms: green tentacles cover the rooms and one-eyed creatures. Is this all because of some sort of biological experiment gone wrong?
Explore the JUPITER base, unravel the mysteries and solve the problems that lie ahead. Fight for your survival as you close in on the secret behind the appearance of these creatures.

A Brief History of Albedo: Eyes from Outer Space (Part 2)

In the 60’s Stanley Kubrick dreamed that in 2001 the mankind would be conquering the space. Instead of this, in 2001, Longy 1 was published!

Life continued. In 2008 I began working in a company, producing an online videogame; Before, I finished high school and began University of Information Technology in Bologna, in 2004.
But I continued to have the strong will to develop my own videogames.
Anyway, if you live as a student in Bologna, which gives hospitality to almost 80000 students, (more than) half of them girls, you have a LOT of problems producing your own videogames. A lot of bad things like parties, concerts, things to do and so on. DISTRACTIONS! Terrible if you want to be an indie game developer.
But, luckily, I live near Bologna, not exactly in it, so I saved the future of my own videogames.

As you probably know, if someone of you develop games or like the idea of doing it sooner or later in life, to develop editors or tools for the game, sometime is more fun than developing the game. It is a wonderful sensation to create something that will enhance your life, simplifying complex phases. You feel that the world gets better. And so it is! Game editors make the world better! All of mankind agrees, I’m sure.

EdiTable was a 3D-world editor, as I say, where you can import 3D-objects, meshes, textures and so on; put it in the scene, assign behaviours parameters and a lot of other beautiful things and so on. EdiTable had the possibility to let user edit the editor itself (hence the name) scripting and customizing almost all things: from the description of the type of objects and relative binding, to the output file format specification... from create own GUI skins to add or edit the different ways to import the objects in scene, like single objects, groups, spline, path etc…

It was based on BlitzBasic for rendering, but the most part of the features had to be absolutely great, the absolute dream of every developer! Maybe all the indie devs of the world would adopt my engine!

In 2010 (about. maybe) I met Ivan Venturi, an old Italian videogame producer. Not because he’s old (YES Ivan, you’re an OLD GUY!!!!), just because he was one of the first Italian videogame developer, publishing his first videogame in 1987 and co-founding the first Italian videogame company, Simulmondo, very famous in Italian videogame history.
As in this period the main business of Ivan was serious gaming and similar, we developed a couple of videogames, an edutainment game on road safety and a disability simulator. In the meanwhile Ivan had begun also to produce the Nicolas Eymerich Inquisitor saga. So, after a couple of years, when the project entered an advanced stage of production, he asked me to become the managing director of the game. So I entered deeply in the project. 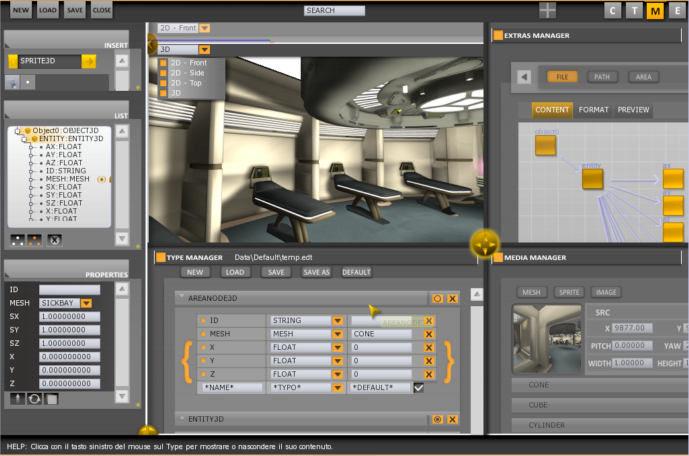 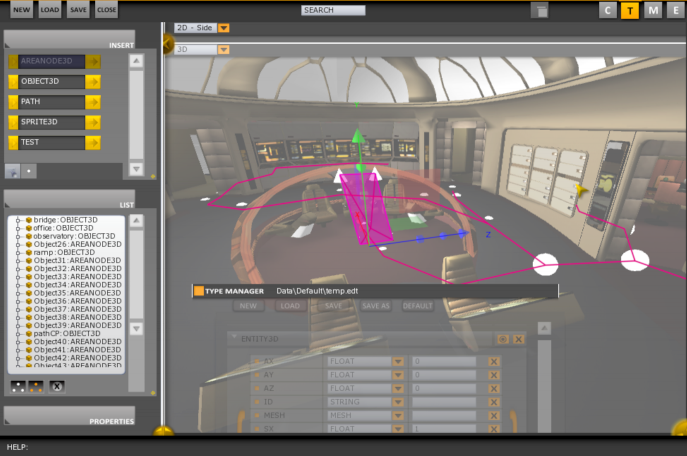 Not only. I fell deeply in Unity3D. Full immersion.

Well. Do you remember I talked about ‘EdiTable’, my 3D-world builder and blitz-basic-based engine? Ok. Try to compare characteristics I wrote of EdiTable, with Unity3D 2.0 characteristics.
You’ll discover that Unity3D had all these characteristics. Not only. About 20-30 times more. And it do this things 20-30 way better... Exporting the project for Mac, iOS, Android.
My pride was destroyed! My will became cheese. My dreams turned to trash. The world of engine builders would never been mine. A tragedy.

So, with the death of my ambitions in my heart, but with the bravery of Duke Nukem, I decided to abandon the EdiTable project. And I completely surrendered to will of Unity3D!

(And, BTW, if you dev guys want to develop your own engine, let me give you some advice: if you want to do it for educational purposes, yeah, it’s great! but if you want to do also a games, don’t do it, go to the seaside, maybe the Caribbean, and try to forget your dreams - somewhere in the world, someone has already done what you are thinking about, better than you, and before you - so develop games, not engines. If you’re not making games, developing editors & tools is GREAT!!!)

Well. At the end of the day, after all these misfortunes, I did three things.
FIRST: I began working to my new videogame. LONGY 2.
SECOND: I began developing it in Unity3D!
THREE: I don’t remember...

OK guyz, rest your eyes, stop reading my blog and go look at the trees or flowers or horizons or nature and all that stuff. I have to return to my code. I have a list of bugs to fix and more polishing to do before Early Access version, long about 2 kilometres (you know, in Italy we use Kilometres, not Miles).
So, back putting my nose in Unity3D editor. See ya!

A Brief History of Albedo: Eyes from Outer Space by Developer, Fabrizio Zagaglia

A look into how Albedo came to be, by developer Fabrizio Zagaglia

Same for me - Tracking.
Good luck with Steam Early Access !

Albedo looks like an entertaining tribute to vintage sci-fi, with its very own personnality and creativity.
It's a wonderful work!

It´s unusual, but is a good job.

Looks quite unique, I just love the art style you went for. Creepy but pleasing.