Take control as the Fire Control Officer of an AC-130 Gunship following its story since its inception during the Vietnam war. Provide Close Air Support to your troops on the ground, fly Armed Reconnaissance and obliterate the enemy supply lines, give Landing Zone support for insertions and extractions under fire, protect US bases from enemy attacks and more while avoiding friendly and civilian casualties. Be always on the lookout for AAA and missile threats!

Coming soon for Android and iPhone.

FEATURES (under development, more features may be added)
- Watch the world through the AC-130's Infrared sensors, with black-hot or white-hot modes and zoom. Use your radar systems to detect vehicles and large objects.
- Hundreds of units on the battlefield, each one thinking and acting completely independently
- It's a living, breathing world down there. Each soldier has a mission. Desperate fights break out between foes. Friendlies call you for assistance. Civilians run for cover.
- Artillery, tanks, trucks, APCs, attack ships, helicopters and bombers.
- Large 1.5 square mile (4 square kilometer) sectors, with hills, jungles, rivers, bridges, buildings, bases and more.
- Build your crew. Watch as they gain experience and become better at their job, making life easier for you.
- Get rewarded for your performance with access to cutting-edge equipment and escort aircraft bomb runs, as well as medals and promotions.
- Listen as your crew comment and react to the battle and keep you informed.
- Be on your guard! Anti-aircraft guns and missiles are an ever-present danger. Aircraft systems may get damaged, crewmembers killed, or you may even get shot out of the sky.
- Your weapons overheat, get jammed or destroyed. Use them properly.

AC-130 Gunship Simulator: Special Ops Squadron, a game in development that hasn’t released any news or posts in about two years, is today IndieDB’s #1 game and in the mouth of gamers and non-gamers alike all over the world.

How did that even happen?

Well… today I wake up, prepare some chocolate milk and fire up my computer. Yes, I have chocolate milk for breakfast. No, I am not ashamed. As the machine boots, I patiently take a few sips of my chocolate milk. The good ol' desktop shows up, and I open my email client, expecting the usual two or three messages. Instead, my eyes widen. Ten... twenty... thirty... the screen keeps getting filled with new messages. YouTube comments... Facebook comments... Russian news agencies... the BBC!!?? What the deuce!?

Has my dark past finally caught up with me? Has the world finally found out about the heinous acts of my rebellious youth? Is the CIA about to knock on my door? How far would my go-bag take me?

So I skip all of the clutter and jump right into the e-mail that caught my attention the most, from the BBC Broadcasting House in London, 11,000 km (~7,000 mi for those of you who don’t know how to metric) from the Buenos Aires apartment where I am sitting in my underwear. And that is when all becomes clear – well, as clear as this unreal situation can get. 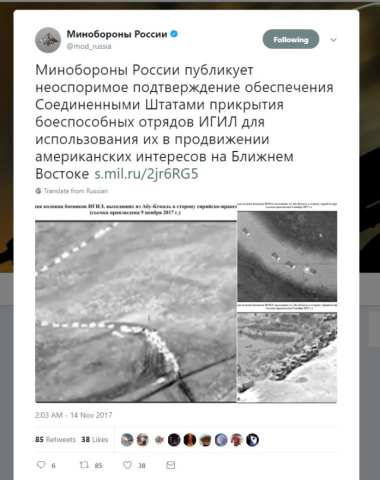 Enter the Russian Ministry of Defense

It turns out that the Russian Ministry of Defense claimed to have irrefutable evidence (not my words) that the United States is backing ISIS. And that evidence turned out to be none other than a screenshot from my game, “AC-130 Gunship Simulator: Special Ops Squadron.” Or more specifically, a still from this development video.

But surely this can’t be a major issue. Probably it was some small backwater branch of the Ministry, I thought. And I said to myself, “let’s Google this and see how deep the rabbit hole goes.”

“Whoa, that’s one deep rabbit hole you’ve got there,” was my next thought. The news were all over the world in the most literal sense. Many major news agencies across the globe had picked up the news, including CBS, Washington Times, Newsweek, The Guardian, BBC, France 24, Global News, The Telegraph, The Sun and many others. Reuters did too, but apparently were “unable to reach the Argentinian developer,” probably because they didn’t have a working e-mail account, Skype, WhatsApp, phone, telegraph or smoke signal system at the time. Someone should really get that fixed if you want to stay in the news business, Reuters!

So I read through the e-mails and diligently answered the reporters’ questions. Many of them asked me how I felt about the whole issue. Honestly, on the one hand, I would have to say amused. There is something that just gives me the giggles about someone at the higher-ups of the defense ministry of a world military superpower screwing up so badly that he ends up being the laughing stock of the whole world, and the fact that I am involved, yet on the right side of the whole event.

On the other hand, I would say –rightfully or not– that it is flattering that they found my work to be realistic enough to take the bait, or otherwise decide that the world would. I worked harder than most would think to make sure the game looks as realistic as possible considering the limited computing power available to 2014-2016 era smartphones, so I take this as a recognition of my skills and dedication. Again, deserved or not.

Lastly, I feel downhearted about what could have been – publicity like this is any developer’s dream. And this is related to the elephant in the room: why has the game not been released yet, after more than 3 years in development? I guess I owe those who have followed the game from day one a belated full disclosure. 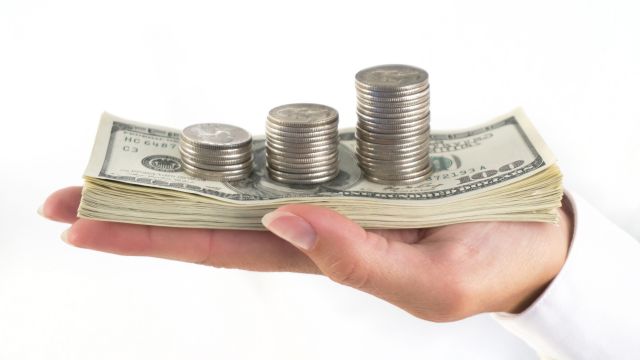 The answer is money, or rather, the lack thereof. I had used my life savings to survive enough time to see the project through. There was no external funding of any kind. I usually put in 12 to 24 hours of work a day knowing that resources were limited. However, due to the political and economic situation in my country – Argentina, one of the most restrictive and chronically unstable economies in the entire world – what should have lasted me for a bit over a year ended up lasting for a few months.

Given the project’s popularity, and the fact that it had been voted as a Top 50 Upcoming App of the Year by SlideDB in 2014, anyone would have thought that a crowdfunding campaign would have been successful. Hell, I could even take advantage of the boost these news gave it to do one right now. But in Argentina it is next to impossible to collect money from crowdfunding sources, and just doing a KickStarter campaign may land you in jail for tax evasion if you are not careful. This is not an exaggeration. If you want to even study the feasibility of getting any money from crowdfunding, you need to retain the –expensive– services of an accountant, and even then probably grease a palm or two. Unfortunately, I did not have the money for this. Even if I did, most of the money collected is stolen by the government as taxes, and the rest goes to insanely steep bank transfer fees – at least the last time I had the energy to check.

The alternative is creating a company abroad and making the Crowdfunding campaign payable to that company. As before, this may land you in jail in Argentina without a skilled local accountant. But if you inquire, you will find that this is what all indie Argentine companies (granted, there aren’t many, unsurprisingly) do to market similar products. Again, this takes a lot of money, which I did not have.

And that leaves me where I am now – exhausted and just scraping by. Or paraphrasing something one of my friends said, “the reporters are going to search for the guy raising hell across the world to interview him, only to find he’s some starving dude in Argentina.”

Does that mean the game is dead? Maybe; I don’t know. I have been searching for ways to make it work, and I will continue to do so. And just as one day I woke up to the game being all over international news, perhaps some other day I will wake up to an opportunity to finish it once and for all.

An in-depth look at the many features that aim to provide a realistic experience while raining death on your targets.

One aspect that will set the game apart is its focus on providing a realistic experience.

When characters get smart enough to fear the Gunship

The Gunship engages a supply convoy, as its crew bails in despair.

this game is dead

Is this game coming out anytime soon?

Why is the game dead? it would be cool as hell if you made it as a free demo!

so we can see the game potential!

This is by no means meant to be a slap in the face brother. I'm not sure how you would feel about making this open-source, or if this is out of the question for you. This is not to say that I wouldn't understand. It would make a release possible, and it would be such a shame to see your hard work go down as never released. This in turn could give you that boost and notoriety that a top notch game such as this would bring if it were released and credit going to your newly released professional portfolio, making you attractive to a major game studio, or otherwise the ability to create more games out of your creative ability.. All this can still be accomplished by going the open-source path.. But, I'm just sayin...

Good Luck to you my friend.

It's really hard to find this game... But I want it badly! Some big game Co should pick this up. Get Google analytics to find how many times the game has been searched and send it to someone like EA. Sell what you have so far and let them finish it. Don't give you life up for a what if!