Showcasing some of the world generation updates coming to Blight. Realistic looking roads and villages are coming to help fill the world and make it feel more alive.

Posted by originalstudios on Oct 7th, 2021

Procedural generation is a major aspect of Blight. The goal is to have some of the most realistic and beautiful worlds generated in a game like this ever.

Been working diligently on a bunch of world generation updates and wanted to post some progress shots about what's coming soon in the next big update.

The current playable alpha release/demo has a basically infinitely generated world, but the game initially populates a specific large area with procedurally generated special features like lakes, rivers and a sea. A "region map" is then generated for the area that you can access: 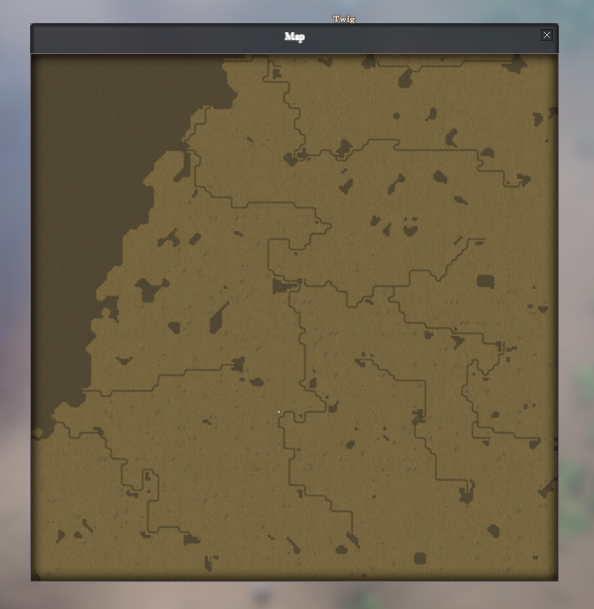 The world feels a bit empty though, so been working a lot on populating it with realistic village generation and roads connecting all of them: 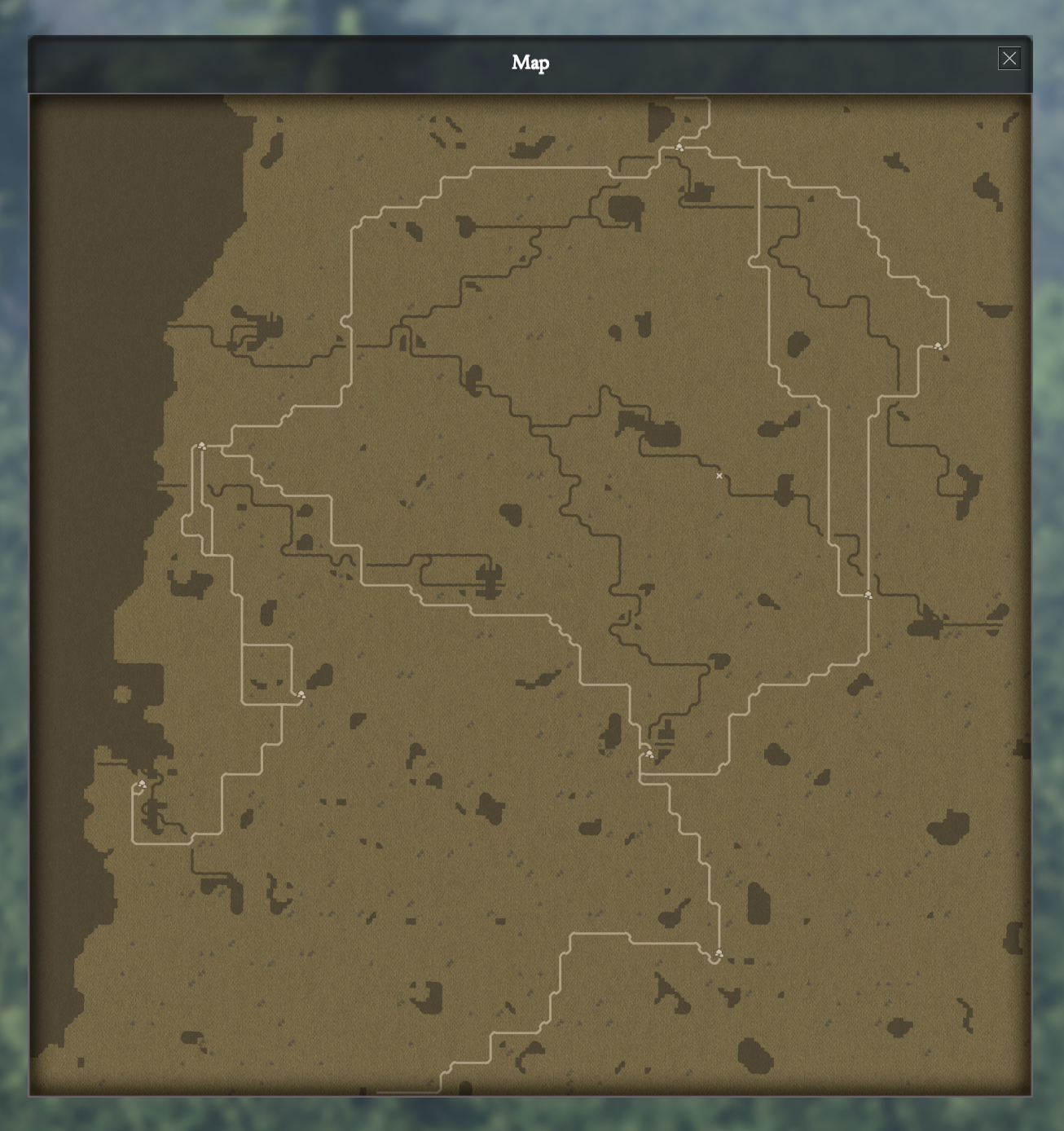 A very customized A* approach is used for the rivers and roads, to make sure they avoid harsh elevation changes as much as possible, have the roads avoid crossing the rivers too much, and keep river paths randomized enough to look fairly natural.

The region map shows all the pre-generated locations as basically one big tile-map. Each of these tiles corresponds to a chunk ingame, and so when you venture to areas with roads, rivers, and villages, the game uses this tile map as a sort of metadata lookup to figure out how to generate the terrain, which objects to place, etc. 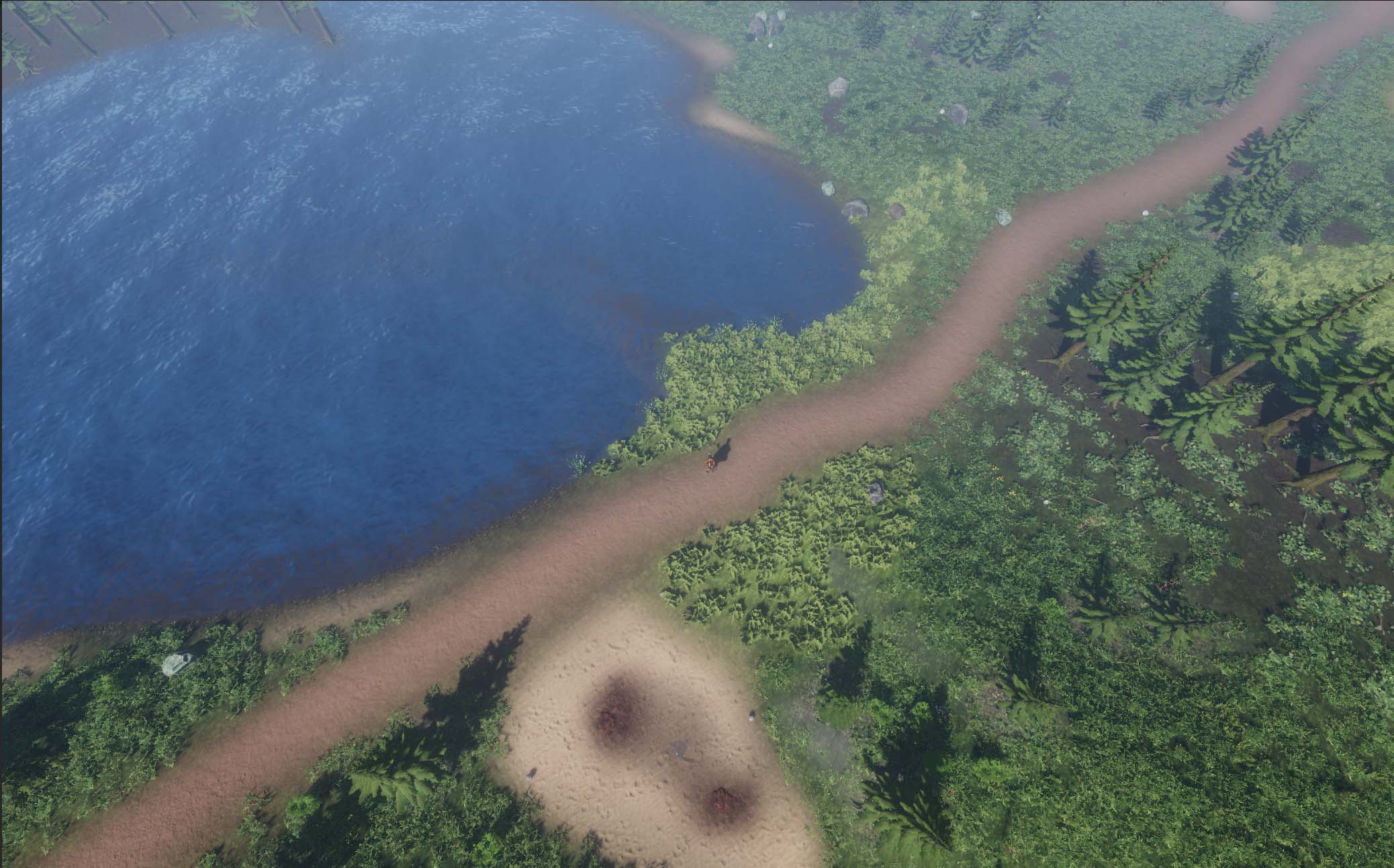 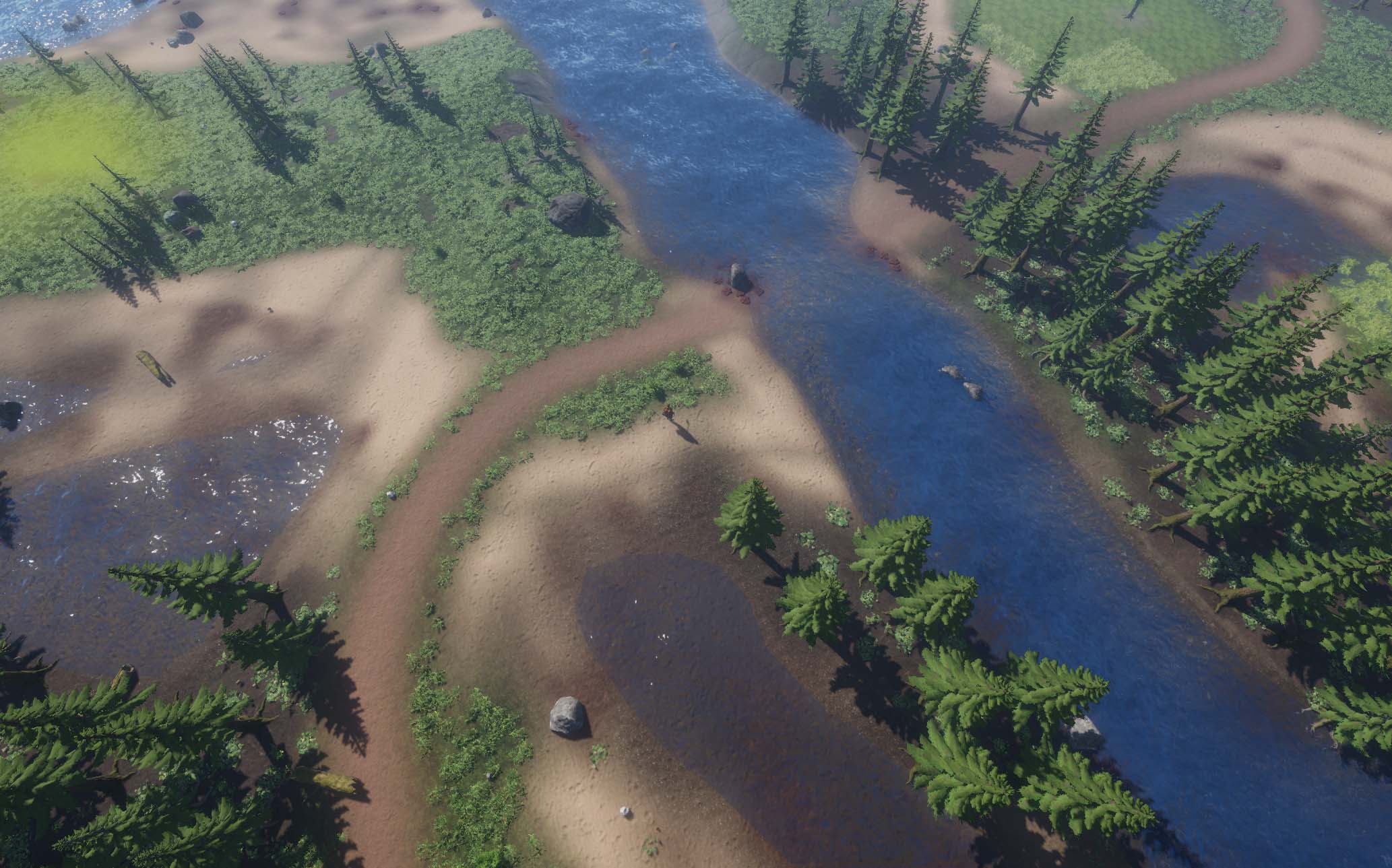 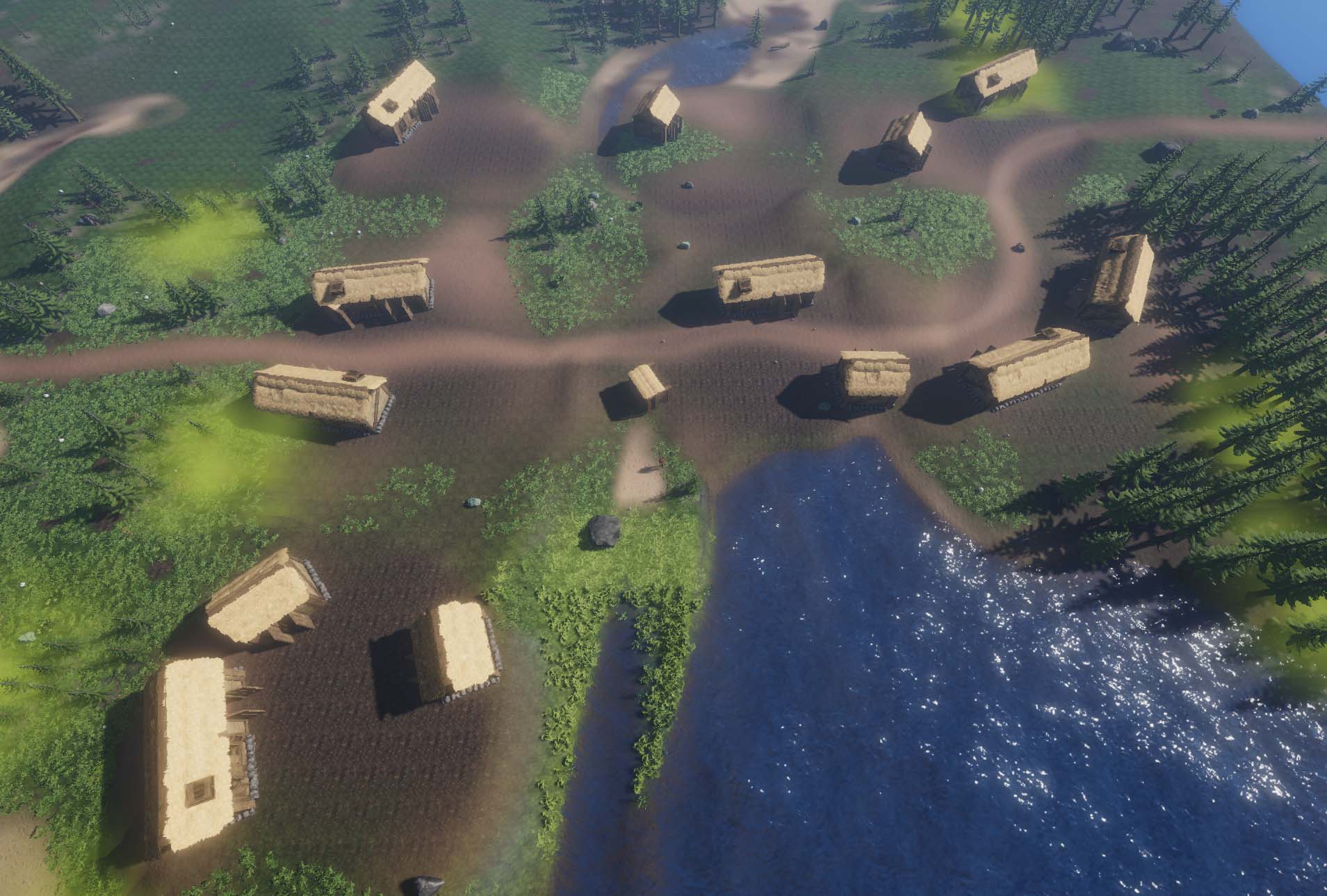 Here is a village location. There is a central chunk designated as the village root, and a random expansion to chunks in various directions up to a certain limit.

Excited to get a playable version of all these features out soon!

Try out the current demo on the Steam page: