The time of events is autumn of 1967. The scene is the family mansion Ashford in France.

Prologue-1966. Ozvel Spencer, a 40-year-old aristocrat and millionaire, discovered rare "mythical" flowers during an expedition in West Africa. The toxin contained in them was able to reconstruct human DNA, making it invulnerable and super-strong. A geneticist and a good friend of Spencer, James Marcus, managed to deduce a new type of virus from the DNA of flowers, calling it "Ancestor."

The possibilities and scope of the virus was the most extensive, from drugs to biological weapons, and Spencer decides to unify his efforts with his old friend, aristocrat Edward Ashford. And since it was not possible to remove plants from the country, because the flower culture was not adapted to another climate, and for their study special conditions were required, Spencer created a scientific base on site, and obtained the results of the extraction from the country to the continent. Ashford organized a laboratory for the study of the virus and the breeding of new strains in his old family mansion, and for his tests expanded the complex to a training center. Edward's house was adapted for this, in view of the fact that their mutual friend Marcus occupied a basement for his laboratory. At this time, Spencer hires a talented architect George Trevor to build a mansion in the Arkley Mountains, in the US.

On the fateful autumn evening, 1967, four different people were trapped inside the walls of the Ashford mansion-the security system (artificial intelligence Red Queen) blocked all entrances and exits after an unknown person released a virus from the laboratory and infected most of the staff. Now players have to find a way out of the deadly trap, bypassing the crowd of infected and other genetic engineering creatures, and yet unravel the main secrets of Umbrella corporation.

Umbrella Corporation: The Beggining is the spinoff to the original Resident Evil series. In modification, players will learn about the previously unknown project "Beehive", which connects the infected into a single mind, and is controlled by the main antagonist. The modification will take place in 1960-1970, even before the events in Raakon City. 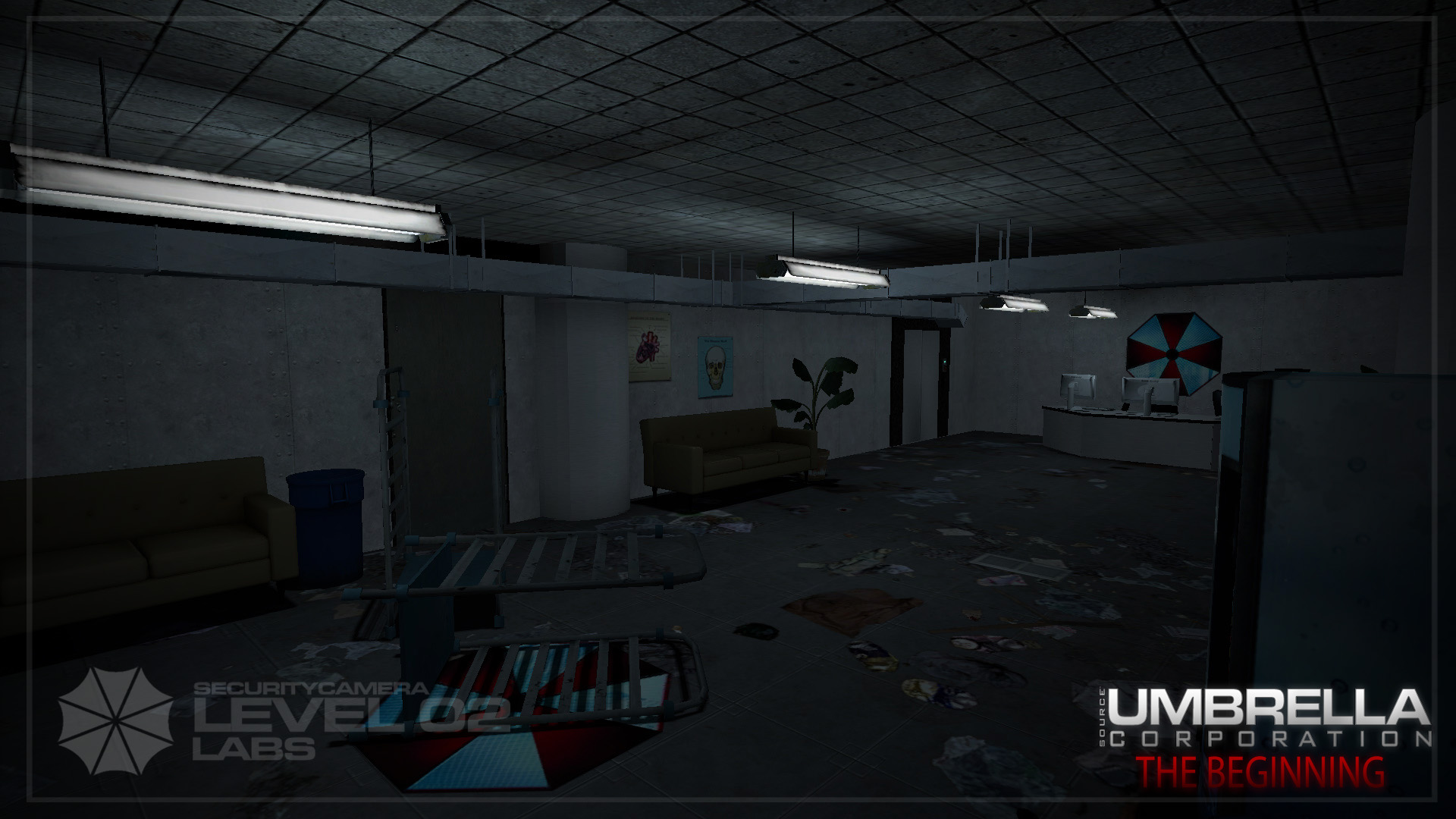 Comparison and mode of positioning:

The game "Umbrella Corporation: The Beginning" is a competent mixture of literate solutions in the genre Survival-horror,namely:

Left 4 Dead - Seting and the basis of gameplay.

Obscure is a cooperative game system.

The main differences from competitors:

1) Interaction between the characters.

3) Variety of melee and firearms.

Key features of the game:

- System of objects and inventory.

- Many types of infected. (From zombie dogs to huge bosses)

- The gameplay is based on the genre Survival-horror 90 years.

- Wide system of character modification (Razic modifiers of health and ammunition, separate weapons for each player)

The plot is designed for replayability.