The New World Overview The New World, a Mod of Red Alert 3.Lead developer KiritsuguQi, sincerely present. This mod provides a refreshing PvP experience. For PvE, the new battle mechanism is also enjoyable. The battle pace is a bit faster, and data of many units are adjusted to match the new mechanism. 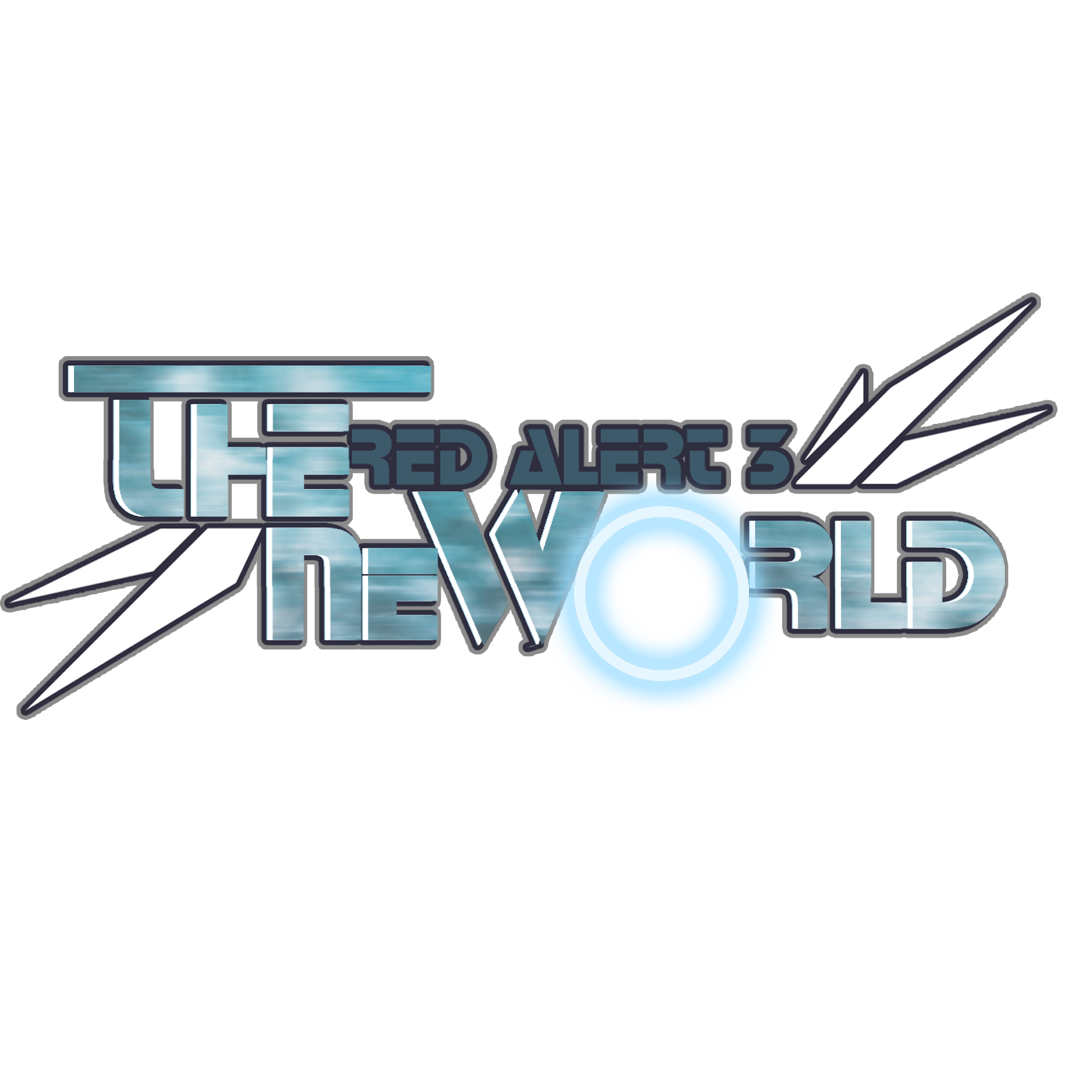 This mod provides a refreshing PvP experience. For PvE, the new battle mechanism is also enjoyable. The battle pace is a bit faster, and data of many units are adjusted to match the new mechanism.

To be noticed, SDK World Builder is available on the Files page and the links at the end of this article.

Except for infantries and several kinds of vehicles, all units add a bit to electricity consumption.

Power plants are now increased in output and reduced in cost and time to build, leaving more margin for power management.

Data are adjusted to match the new mechanism.

We take the relation between infantry, vehicle, and aircraft in CNC3 as references and put in some new ideas.

T3 Tanks: Each has unique features, generally good at anti-infantry and anti-structure.

Towers: Key of base defense. Also, play an important role in the offense. All three factions are capable of tower rush.

Inbuilt maps customized for The New World. Currently, there are two types of them.

Maps prefixed by [TNW]: Normal maps play in the way you familiar with.

Maps prefixed by [TNW D2]: Point-capturing Integral maps. You will need to capture more laboratories that lose points, you will win when your score is 0. Or destroy your enemy to win.

Maps prefixed by [TNW]Tutorial: It’s a Tutorial about the MOD.

Maps prefixed by [TNWTD]: It`s a 6V1 defense map. We need defense in the world.

(Indicated by the arrows.)

There are also special rules to prevent a faction from breaking the game balance by gaining that powerful Lv4 and Lv5 protocols much faster than the others.

Each faction has an Epic Unit, constructed in a specific way matching its faction feature.

Temporarily we are using the models of Storm Tank, Kodiak (Command and Conquer 4), and Giga Fortress (Red Alert 3: Uprising).

Learning a bit of game theory may help to play this game.

Players can build a VIP fort which provides three different types of upgrade. When you have completed an upgrade, the same type of upgrade of your enemies’ will be undone.

For example, when you completed the armor upgrade if your enemy already has the same upgrade, then this upgrade effect will be removed from your enemy’s army.

The tech structure of all factions can call for a satellite strike. Correspondingly, the VIP fort can temporarily disable the satellite weapon of your enemies’.

The countdown and aiming mark of the satellite weapon can only be seen by friendly forces but will be exposed in a power outage.

The satellite aiming mark cannot give you extra vision. There is a line reaching it from your tech structure to not lose track when it is in the fog of war. 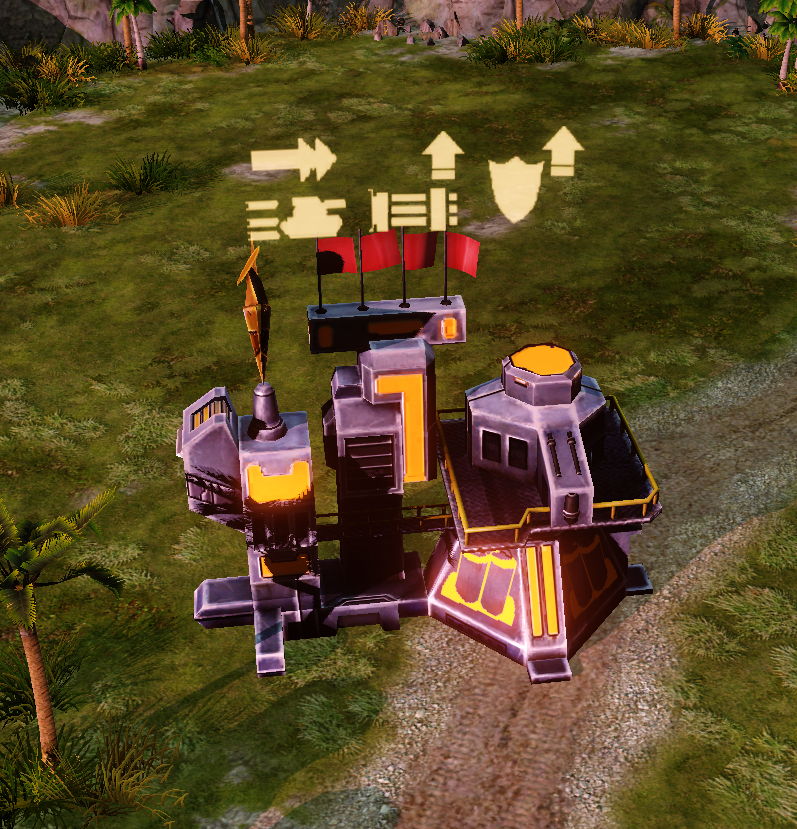 In a single battle, if the value of all the units and structures you have lost adds up to more than 50000, the Final Mobilization button will be unlocked.

By clicking on it, you will be instantly funded by 10000 and your production rate will be 1.5 times.

However, in this state, you will no longer be able to build any collector or structures except defense towers.

You have Unit-Upgrade and Top-secret Protocols Upgrade. You can choose only one

Unit-Upgrade: Change your unit it will be strong

Army Upgrade: You can build new structures and units 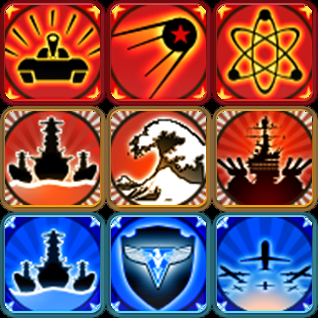 Now there are 6 AI commanders for each faction.

Except for the 3 original AI commanders and Boss AI.

The BOSS AI is even stronger, has its special support powers, and can construct special units. 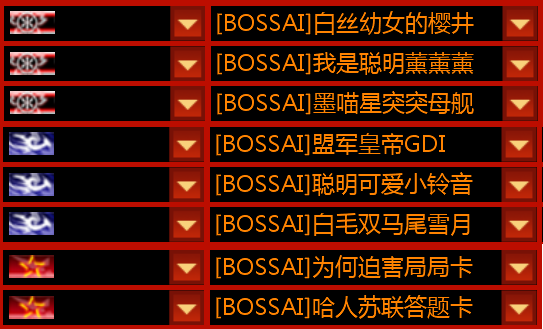 The BOSS AI is even stronger, has its special support powers and can construct special units.

When Profile Manager is GrievousLady and build commando unit, you will get special power.

There are also hidden easter eggs in Map. Try to find them :D 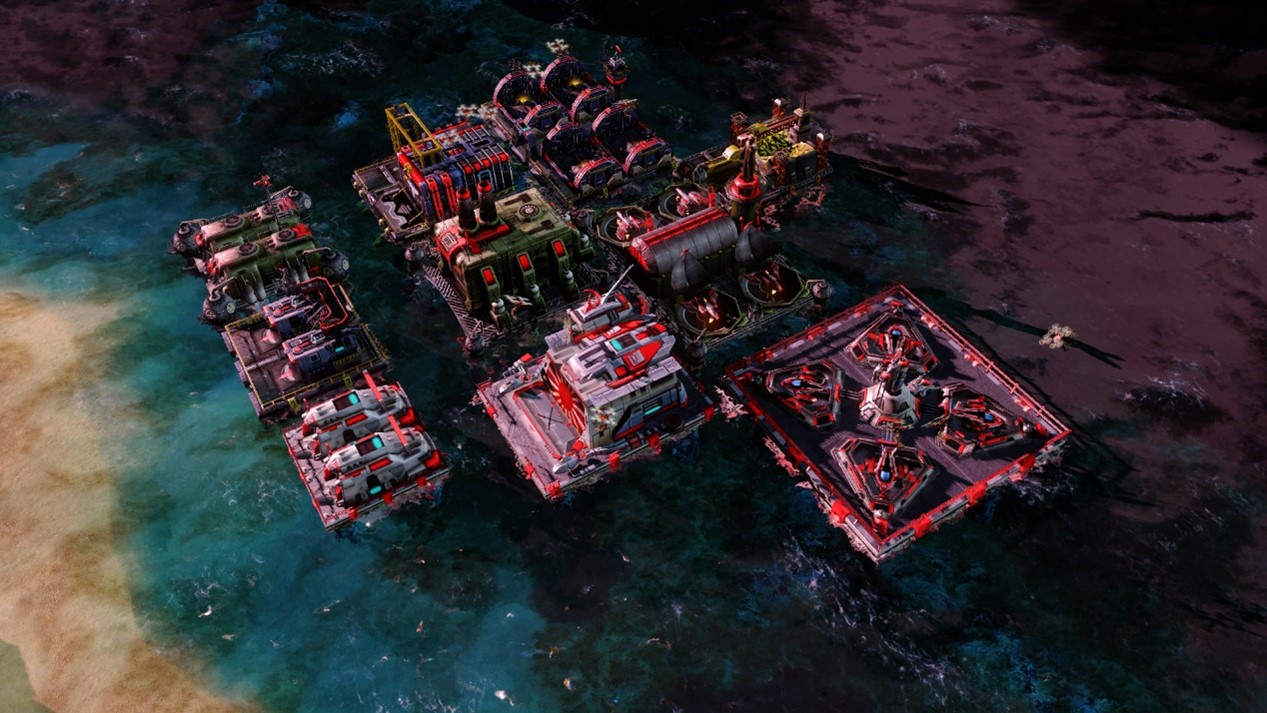 There will be more boxes than that in the original game. Inside those boxes, there could be some special test units (semi-finished units) or units from other mods.

In treasure box mode, to win the game, you will need to destroy not only all the buildings of your enemies but also the units they got from treasure boxes.

Civilian cars and boats are now capable to carry infantry. 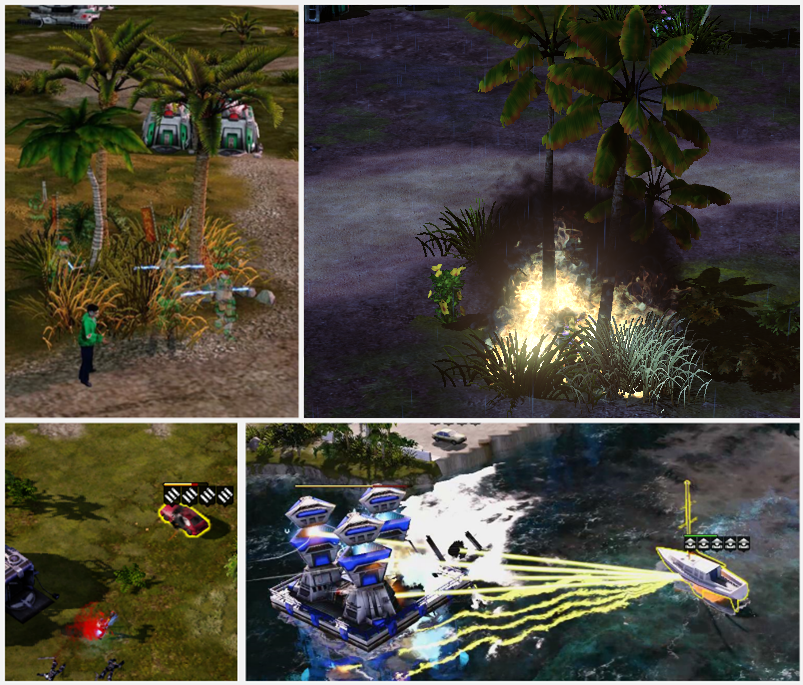 At the beginning of a game, there are options for a concession on the left side of the screen. (They will disappear in 5 seconds so make your decision quick.)

By choosing a number, the HP of all your units and structures will be reduced by that percentage. The last button is to ban your enemy superweapon.

(Another mechanism inspired by CNC3.)

You may challenge yourself in PvE with a concession or balance players from different levels when playing PvP. 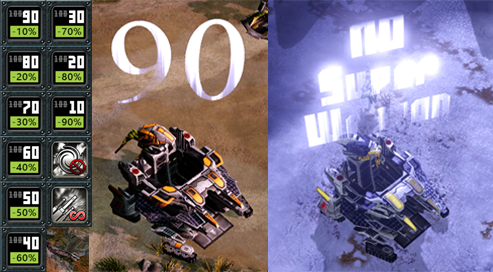 Can’t build wonders again when it has been destroyed. 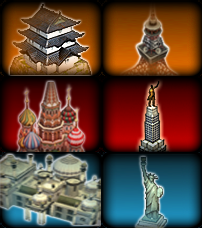 Special ability: Win of the game 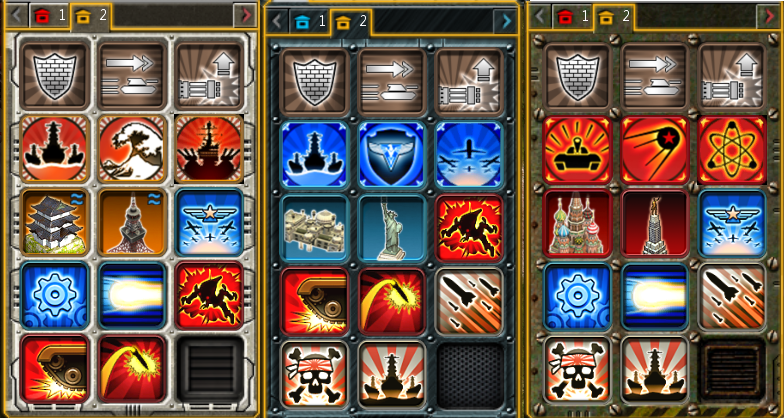