Randomly-spawning portals provide dynamic gameplay by creating unpredictable waves of enemies and add a risk factor to shutting down portals. Spawn locations can be disabled using stones, which can be found throughout the map or looted from mined stone.

Posted by Vashta-Entertainment on Jun 29th, 2015

Last week’s milestone brought a series of changes to portals, Harvested‘s primary mob-spawner, and I’d like to take some time to talk about these changes and the additional depth they provide.

Previously, all portals were placed in pre-determined locations, usually behind enemy barricades and turrets. These portals could be shot down and they would respawn in two or three nights.

Future maps will feature what I call dynamic portals, which spawn randomly throughout the map. These portals can spawn on any of numerous pre-determined spawn points, and when they are shot down they will likely respawn somewhere else. 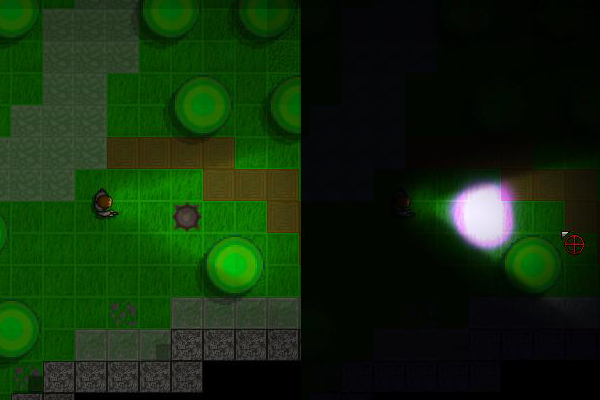 The most recent map I’ve built has over forty spawn points for portals but only seven can be active at a time. This map is far less linear than maps I’ve built previously, and as a result the player will pick his or her base’s location according to where these initial portals spawn.

Portals can be shot down at night, but shooting into an open portal causes mobs to spawn more frequently. Spawn points can be blocked by placing rocks (which spawn on the map and from mined stone) on the pedestal of a destroyed portal. These rocks can be easy destroyed by mobs, so it is really only useful to block portals inside of the player’s base or in other well-defended locations. 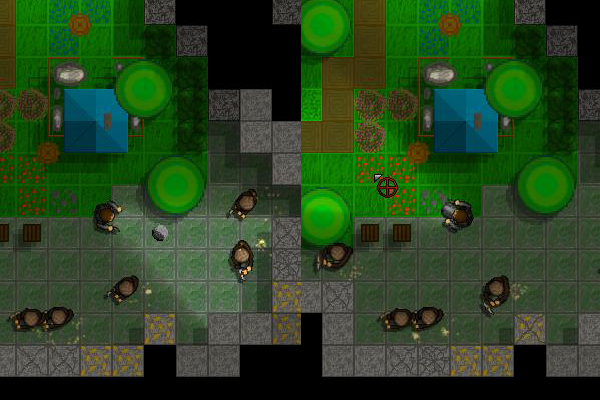 The introduction of dynamic portals has made the gameplay much more interesting. Mob waves are far less predictable and there is a risk factor to destroying portals – a blown portal could cause it to spawn further away if you’re lucky, but it could also cause it to spawn closer to your camp.

Soon I will be examining these mechanics in action – I’m currently building large versions of the current map concepts. When the first of these new maps is complete I write a feature on it, while also examining other mechanics that make Harvested‘s maps so interesting. 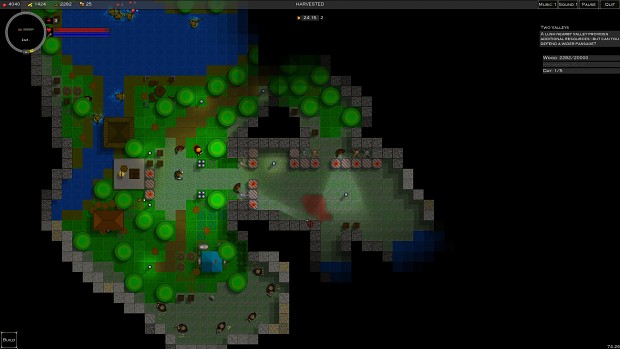 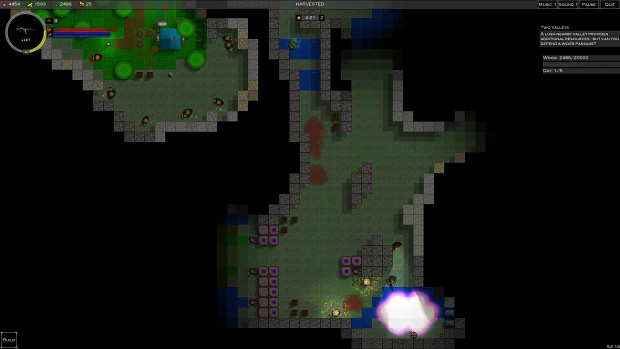 Screens look interesting, but do you have videos? :)

A trailer is in the works! I'm waiting on my sound guy to finish a score for it. I'm new to this site - would I be better off just putting up some raw gameplay videos first?

If you're interested, we now have two gameplay videos and an alpha build available