An update featuring the units from the Confederacy side

The Confederacy of Independent Systems

The CIS is determined to maintain control over Aldura and has deployed legions of troops from its droid army to combat the Republic. The Separatists intend to overwhelm the Republic with their sheer numbers and firepower, decimating their enemies to the last soldier.

Rifleman
B1 Battle Droid
The standard soldier of the droid army. Cheap to produce and viewed as expendable. 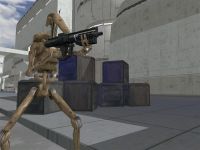 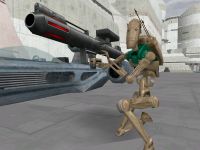 Sniper
Droid Assassin
The sharpshooter of the droid army. Programmed for greater accuracy at long range. 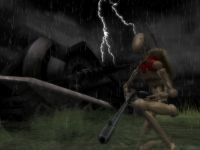 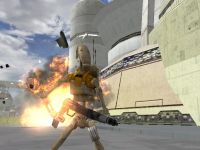 Assault
B2 Super Battle Droid
The heavy assault unit of the CIS. Slow-moving, yet capable of cutting down countless enemies. 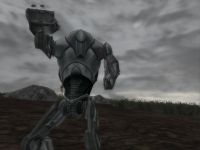 Officer/Special (one of the following, varies by map)
OOM Command Droid
The droid army's field commander. Programmed for greater leadership and tactical abilities. 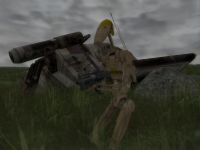 Droideka
The most feared unit of the CIS. Capable of deploying a protective shield while firing its own blasters. 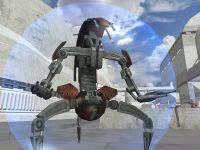 some more specalist units would be cool as the republic has lots more maybe a droid with a jetpack or a mandolorian assassin as they fought for the CIS in the war?

Uh...the classes on each side are set up to be very similar to each other, so I don't see how the Republic has more 'specialized' units. At any rate, side set-up is staying as it is now. The only thing that I'm likely to change is the backup/secondary weapons for a couple of the droid classes for gameplay reasons (guided rockets don't work well on interior maps).