This preview features the latest round of in-battle screenshots, the German infantry unit cards, a short fictional account of the "Skirmish at Dahshur", and a few images of our 3d modeling work. 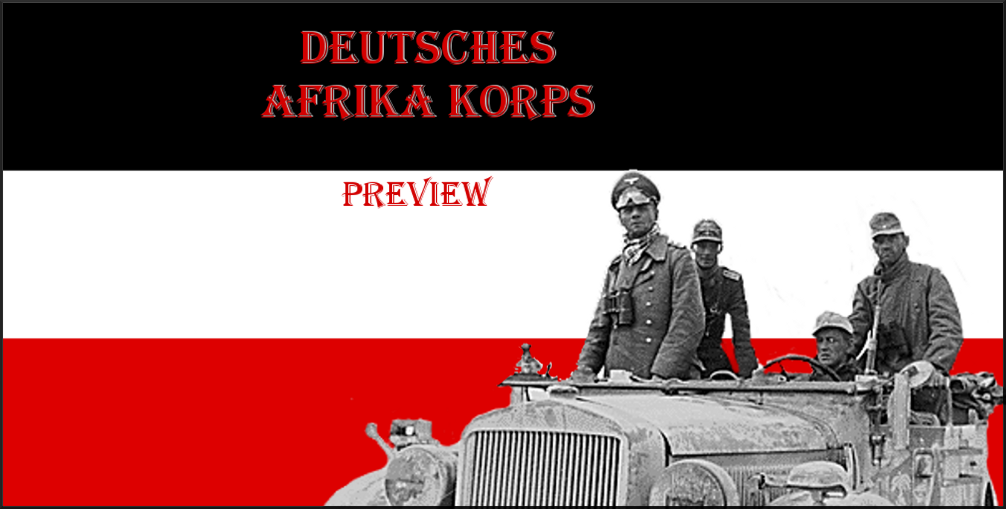 The German Afrikakorps is one of the three factions in the Sandstorm Battle Mod, and can be considered the chief protagonist (or antagonist) of Sandstorm. Despite a relatively small roster, the Afrikakorps have a strong selection of special assault formations, as well as the Waffen-SS and special Artillery.

Beyond the general Falschirmjäger (paratroopers), there exist two special contingents, named after "Hermann Göring" and " Hermann-Bernhard Ramcke", both significant figures in the German army, with the former playing a crucial role in the development of the German paratroopers. These units were the elite of the already elite and thus a potent tool, but one only to be used after due consideration: they are low in number, and North Africa is but one front of a global war.

The Waffen-SS also feature as a significant portion of the German army, represented by name and black unit cards. There are two varieties, the infantry and the commandos. In general they are somewhat weaker than the standard rifleman, usually operating in rear-support. Yet they are cheaper than their Wehrmacht counterparts, and often more available. The SS Commandos are especially useful, as soldiers in the Sturmpionere are rare and face great risks, and hold a special contingent named after "Otto Skorzeny".

Finally, there is the artillery. The 8cm Flak gun is a well known anti-aircraft and anti-tank weapon. Since 0.5 will not feature tanks, the Flak gun is used as a weapon against infantry, with a significantly higher rate of fire than standard field artillery. The Nebelwerfer is also represented. The name, "fog thrower", was a cover: the real purpose of the weapon to deliver poison gases and high explosives to great effect. Most likely the only unit with gas capabilities in Sandstorm, it stands as a strong advantage for the Afrikakorps.Below, we demonstrate our progress on the Afrikakorps, in various forms. Please note that everything may be subject to alteration. 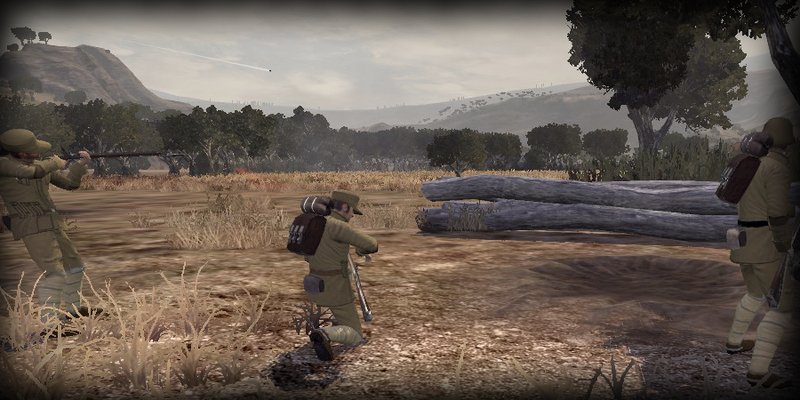 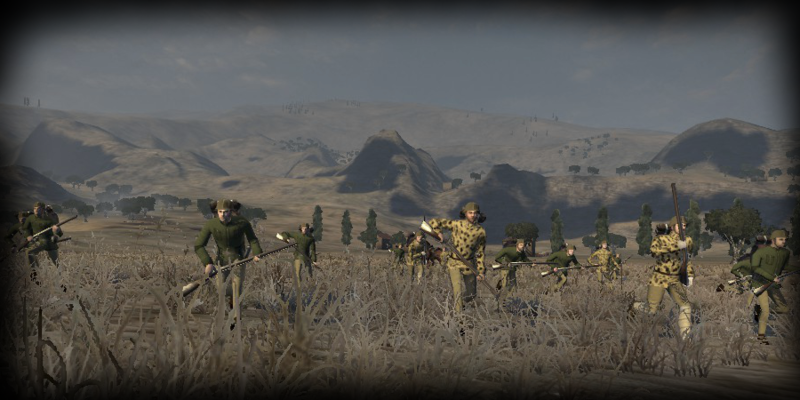 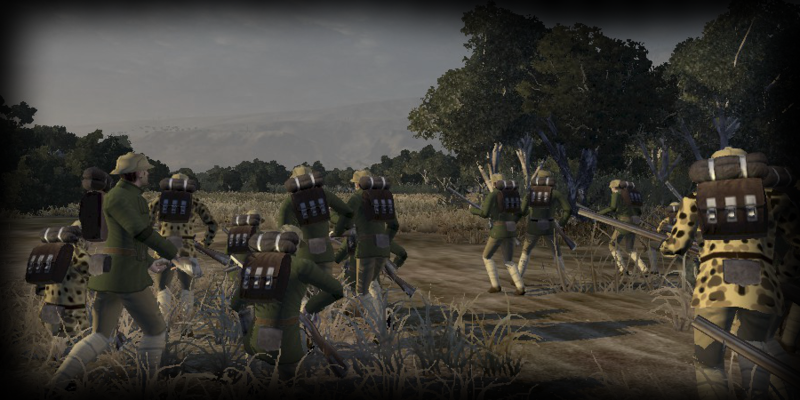 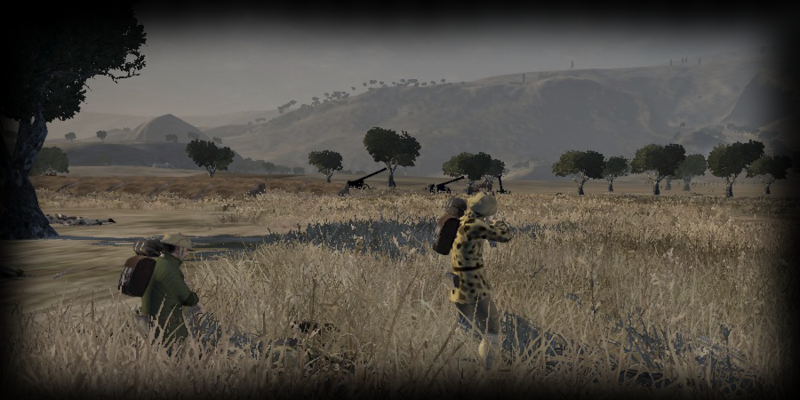 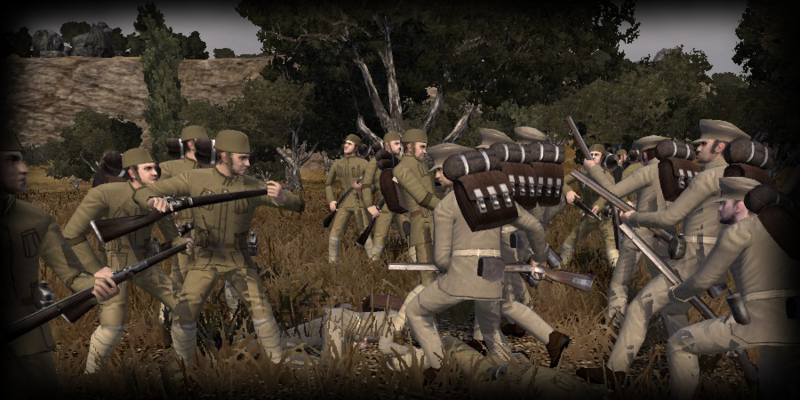 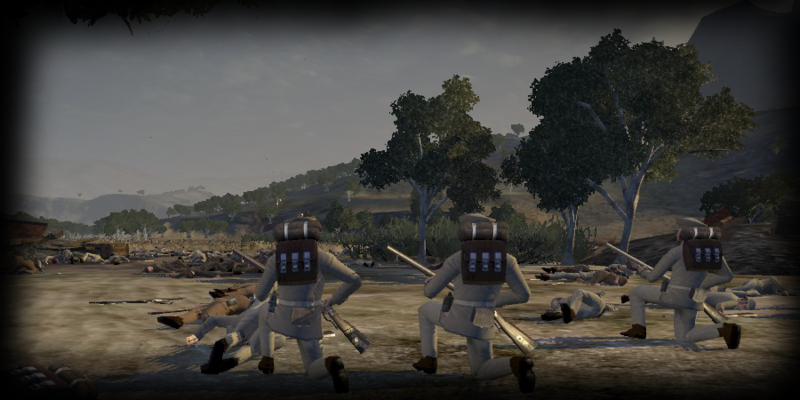 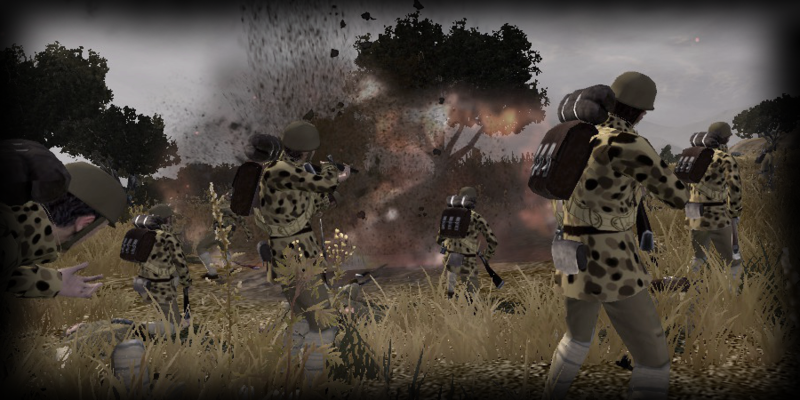 The British advance towards Cairo remains unhindered. The failed June attack on Suez left the 15th Panzer Division all but eradicated, and heavy losses from the misguided Italian marine assault has left much of their offensive capabilities similarly handicapped. Key positions at Ismailia and Port Fuad are left unguarded by the British forces, secure in their knowledge of temporary Axis impotence. The American 34th and 88th Infantry Divisions, dispatched shortly after the fall of Cairo, have firmly secured the Northern coast and thereby mitigated the threat of a flanking maneuver from the German-held Alexandria. In the face of a probable encirclement by the British 8th Army, several senior German officers plead for an immediate evacuation of the Egyptian capital, fearing both local insurrection and a critical lack of supplies for the already battered army. Yet Commander Crüwell, having succeeded the severely wounded Rommel, refuses these requests, and so the soldiers prepare for battle...

The British attack is imminent. Several renowned units of the British 51st Infantry Division, commonly known as the "Black Watch", lead the assault from the south. An Egyptian photographer was found lying on the edge of an old caravan route outside of the city, nearly dead. After questioning by the local Feldgendarmerie, the situation becomes clear: the man had been following a German platoon on scouting duties when they were trapped between two advancing battalions. Quickly spotted by the British soldiers, they took defensive positions and set up specially-commissioned mortars. No other men were known to have survived the battle, but as any good photographer, the Egyptian had kept his camera, allowing a wider witness to the skirmish at Dahshur... 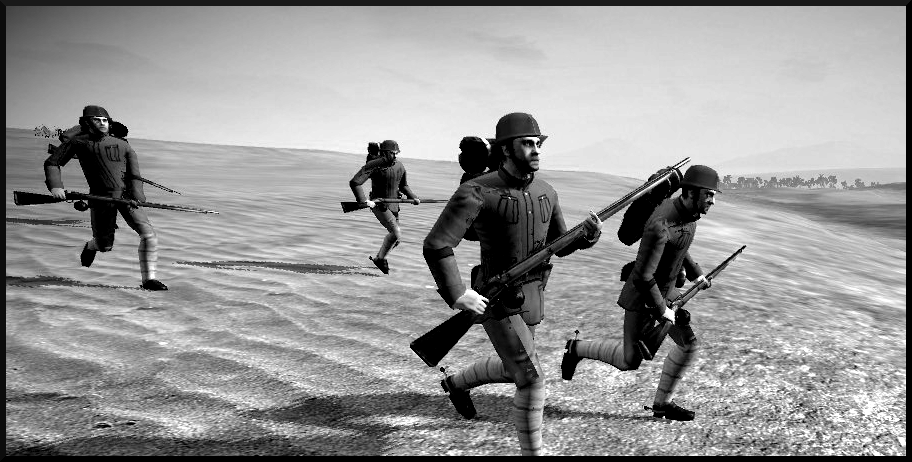 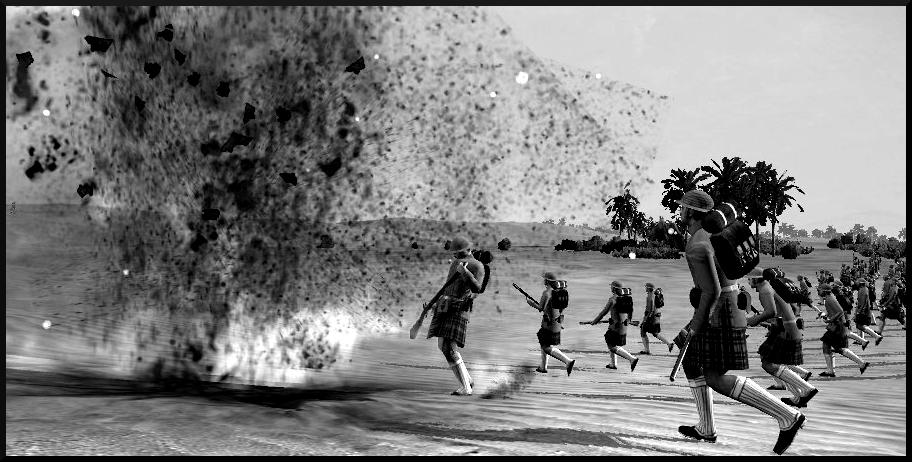 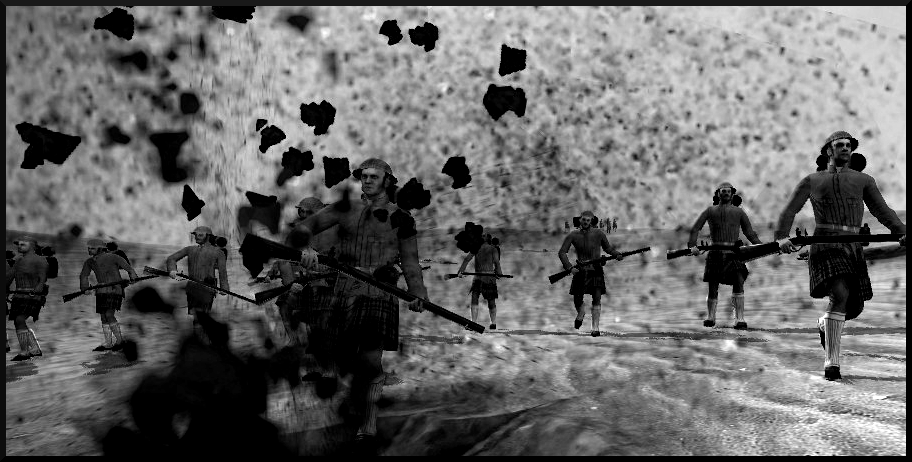 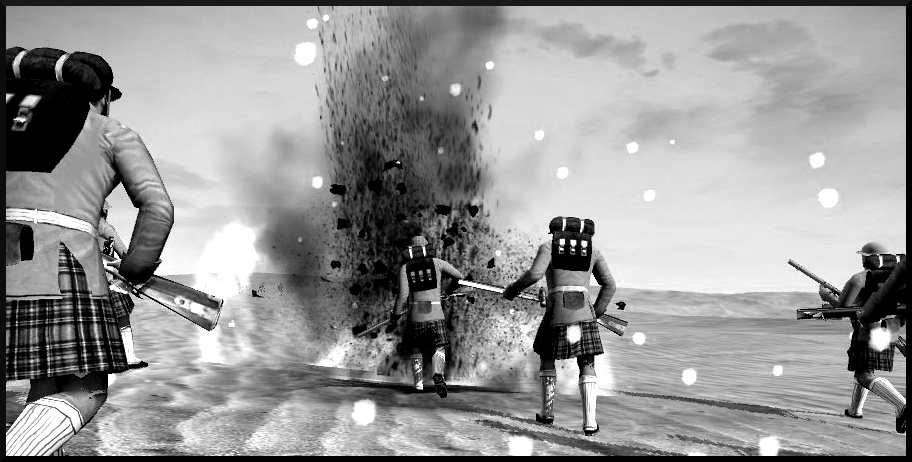 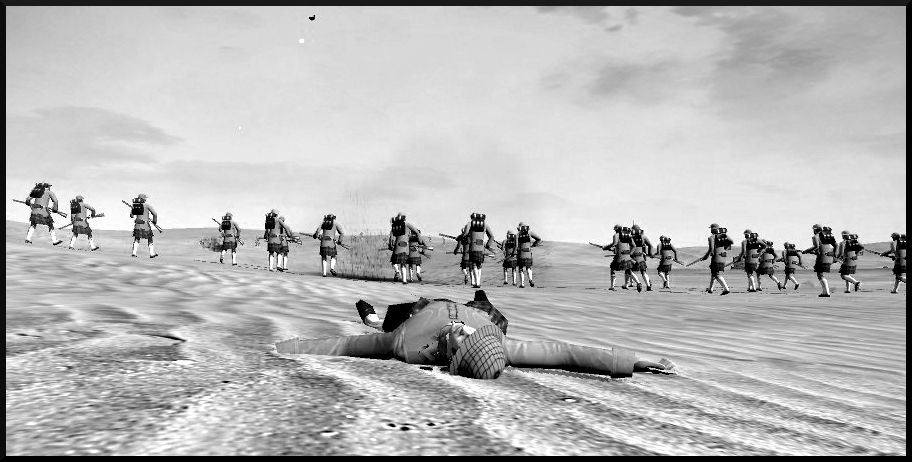 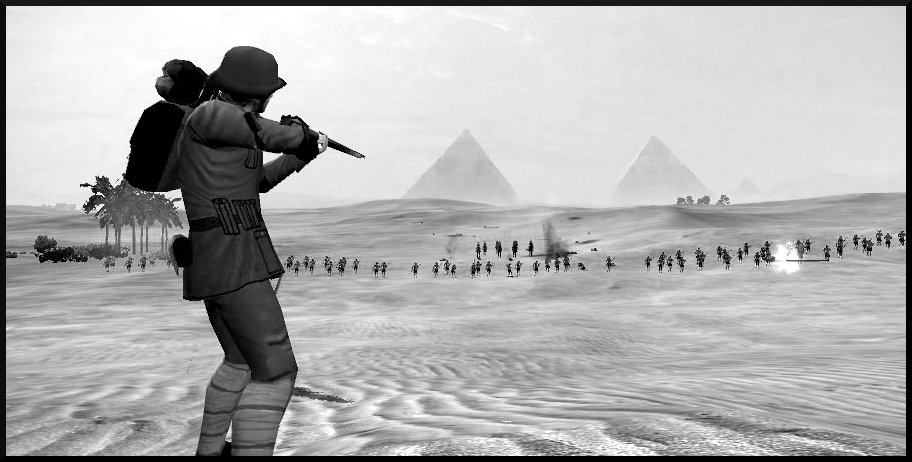 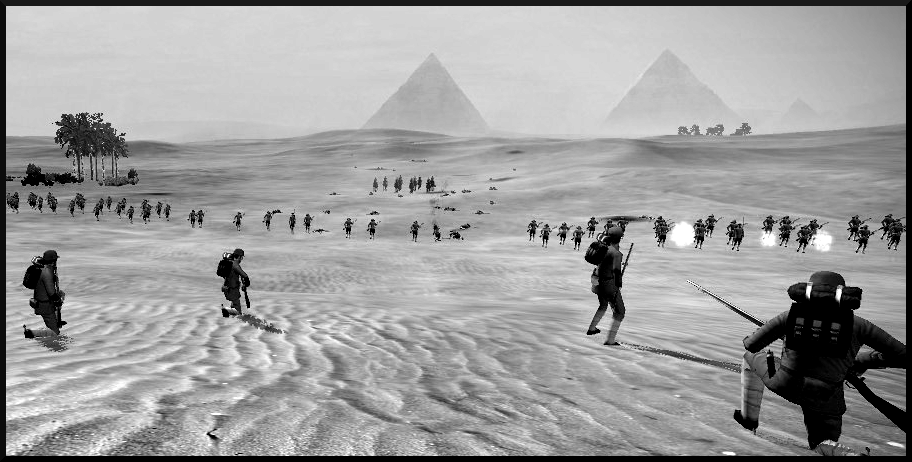 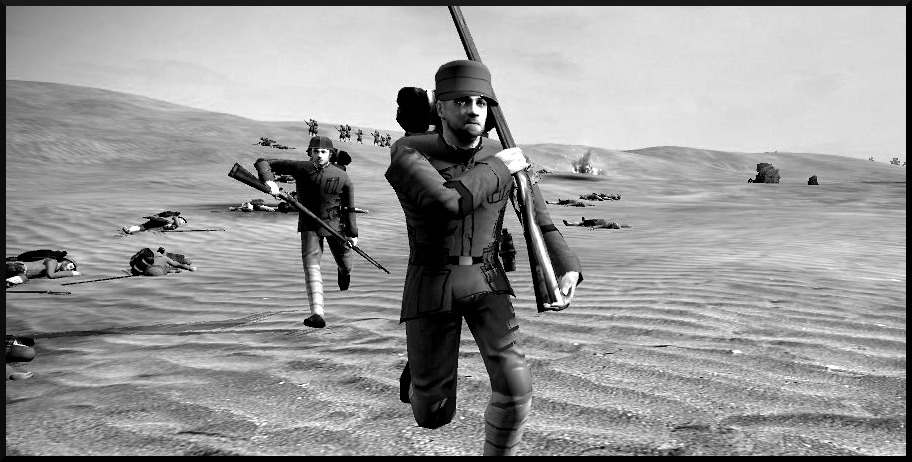 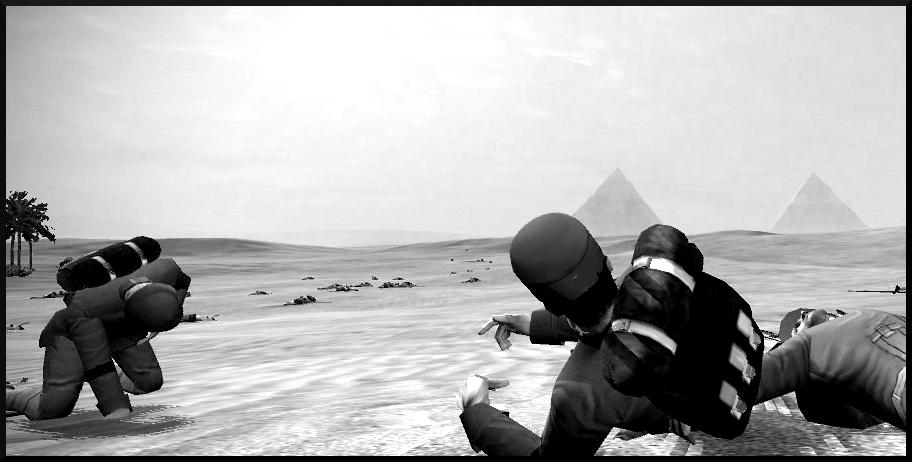 DISCLAIMER: Models will not be implemented for 0.5, but rather in a later version. 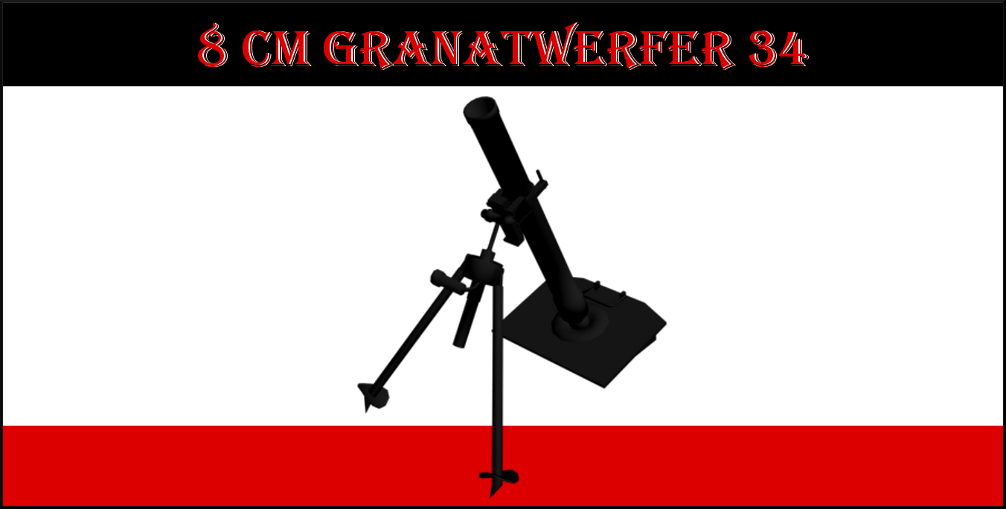 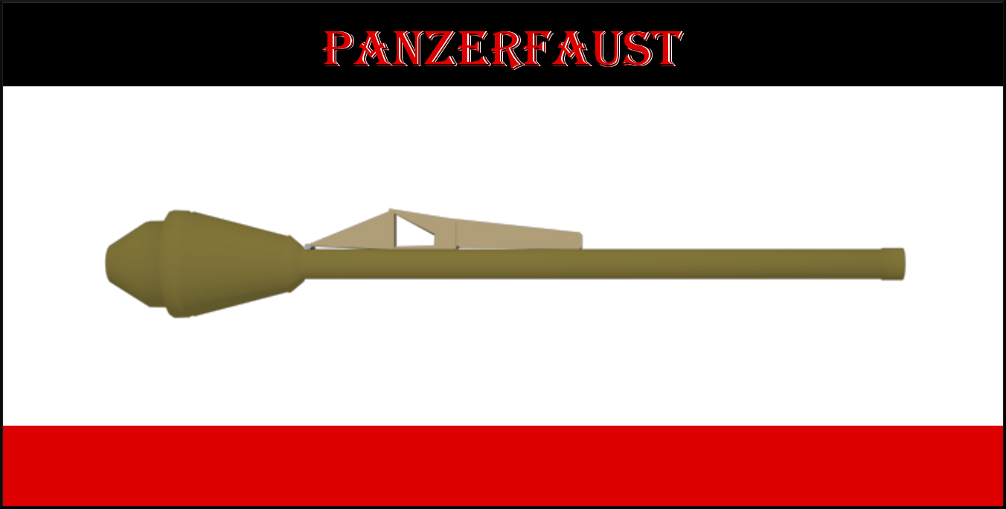 We all hope you've enjoyed this preview. Please join us next time when we'll show you the Italian 10th Army.

*The Imperial German flag has been used here to avoid any personal/legal objections. In game, the default flags are those of the Nazis.*

why waffen ss in afrika korps?

Well, TW is about making a new history, and we believe that the Waffen-SS could have plausibly served in North Africa. Rommel himself requested that there be no such units in his Afrika Korps, but the player can make this decision for him/herself.

well, very impresive mod but when we had a campaign map i am wondering?