Here is a full preview of the the new Playable Demo and Kickstarter Campaign to be released next week. Plus check out some of the awesome rewards you can get for your support on Kickstarter

ARENA³ᴰ will be available to play on the 27th of October so be sure to click on the button below and bookmark the ARENA³ᴰ Steam Store page ready for release. The Kickstarter Campaign will be launching at the same time so use this article to get a feel for what you're supporting and what you can receive in return.

Please share to your friends and family. I am just a one man team and any help expanding the reach of ARENA³ᴰ is great appreciated!

Upon release if you have any issues, feedback or suggestions with the Demo. Be sure to leave your thoughts on the Community Page

ARENA³ᴰ is a fast, frenetic, bright & colourful arcade game set within a seamless digital realm. Accompanied by a pounding soundtrack ARENA³ᴰ features multiple game modes each with their own goals and challenges. 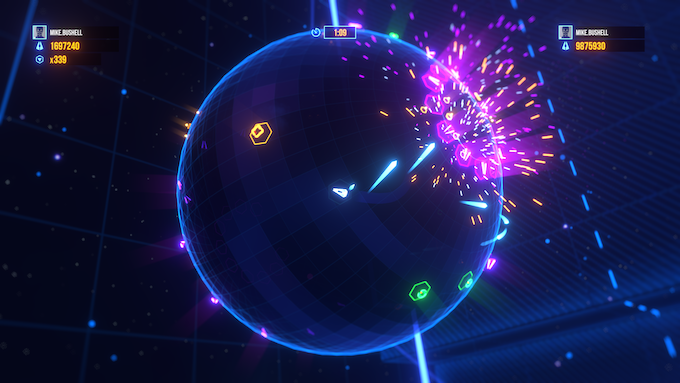 ARENA³ᴰ has multiple game modes. Many are based around classic arcade games like Geometry Warsᵀᴹ

My goal is to create a fun and casual arcade game with many different classic arcade genres. A game that is timeless, addictive and can be played alone or with a group of friends online many times over. 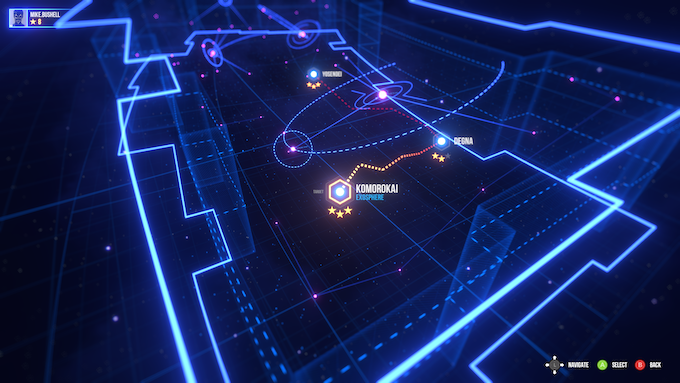 A seamless digital realm to explore

This is the first game that I have worked on and I have taught myself all the necessary skills needed to bring my ideas to life. From writing code, shaders, 3D modelling, all the way through to audio engineering. I have a real passion to push myself and have spent many late nights learning and solving tough problems. 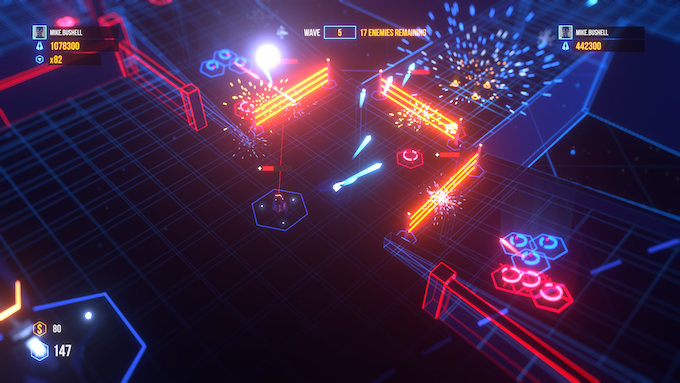 'Tower Defence' is a main theme in Commander Mode

I am striving to hit a high level of production quality with ARENA³ᴰ and have taken inspiration from many top hit AAA games. Even though I am a single man team I am driven by the simple phrase "if someone else can do it, so can I" and believe that I can create something with the same quality of a larger studio. 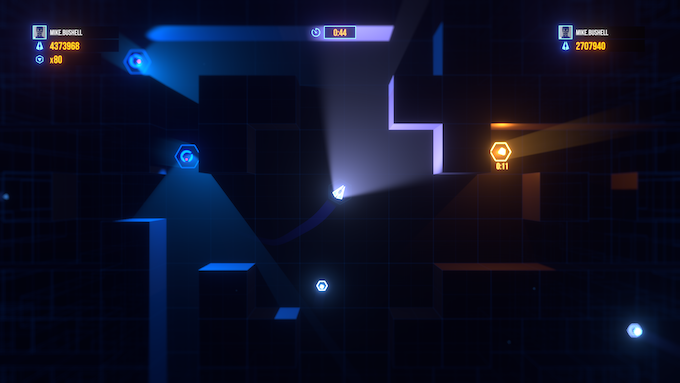 Stealth and quick thinking will help you survive in Fathom Mode

The infographic below details the development targets for ARENA³ᴰ and also how the development has progressed over the last two years. The game has fundamentally complete core mechanics so at this present time I am developing new levels and can simply attach them to the star map to play and test.

For a closer look at ARENA³ᴰ the Steam Store Page has some fantastic high quality screenshots and a video trailer. Take a look at the YouTube video below to see what can be played in the free Demo.

One of the key features of ARENA³ᴰ is the integration of music to the gameplay. Nothing heightens the experience more than a great beat in the background with a pulsating rhythm and a catchy iconic riff. I'd go as far to say that music makes up at least half of the experience of ARENA³ᴰ.

The time it would take me to learn the necessary skills to create my own Soundtrack would lengthen the development time too far. One of the biggest investments for my project would be to work with a professional producer to create an Original Soundtrack for ARENA³ᴰ.

A great soundtrack will bring the game right up to the high level of production quality that I am aiming for and ultimately I can give the player the best possible experience in-game.

Two of the tracks featured in the Demo were produced by Stefan Cass/Bad teeth for me to use. Stefan is on the shortlist of producers that I have been in contact with and part of the Kickstarter funding will go towards the creation of an Original Soundtrack that will available as extra Downloadable Content on Steam and also as part of the reward scheme for backers.

The true home for ARENA³ᴰ lies with home consoles such as the Xbox One and Playstation 4. I have always visioned ARENA³ᴰ as a console game and designed the game specifically around the use of a Gamepad. Consoles are great for that quick, casual play from the comfort of your living room or bedroom which fits perfectly with my vision. I chose the Unity Engine to build ARENA³ᴰ as it has excellent cross platform support and the porting to consoles once the PC version is complete will be a relatively trouble free process.

ARENA³ᴰ has a strong Multiplayer element and I am using up to four PCs at a time to test networking and gameplay. In order to develop for consoles I am going to need multiple systems in order to integrate the platform specific SDKs into Multiplayer.

Home consoles are the ideal platform for ARENA³ᴰ

With the future of ARENA³ᴰ being on home consoles, the game needs to adapt to a worldwide audience with specific languages. Although I have designed the user interface to be as simplified as possible, there is still a fair amount of wording. I wish to appeal to a wide audience so I will create localised versions of ARENA³ᴰ.

There isn't too much information that I can give on this goal, other than I wish to put the budget towards translators who have game experience to maintain a high standard.

As ARENA³ᴰ is my first game I am keen to continue as a true independent and find my own feet with publishing. Over the last two years I have developed a small dedicated following for my work and I hope to capture a few more followers from the free to play demo.

I am keen to showcase ARENA³ᴰ to a wider audience and there are two shows in particular which interest me. As a Unity Developer the Unite Europe event has a Made with Unity Showcase which will be ideal for me to present my work. The second is PAX East which is an east coast of the U.S. based gaming convention where you can present your work as an exhibitor with your own dedicated showcase stand. 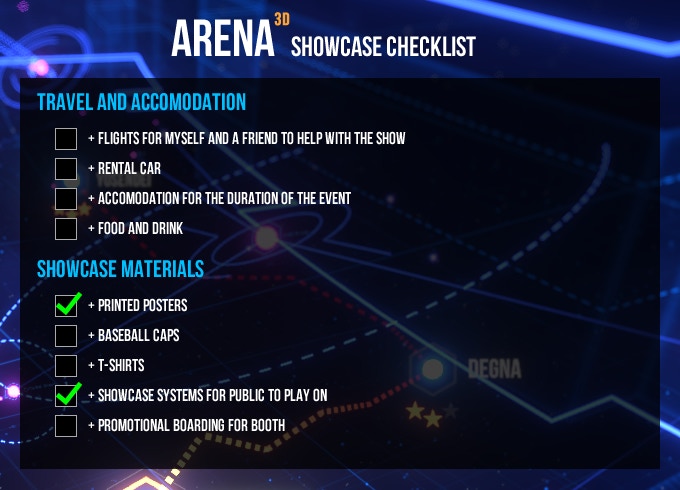 A real high point for me was getting through the Steam Greenlight process in only 11 days. This was a real achievement as I had no experience at that time with how or where to market ARENA³ᴰ. Much like this Kickstarter Campaign I gave every one the opportunity to play first. 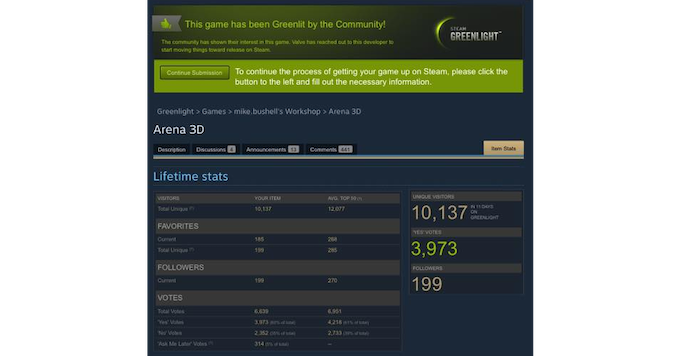 ARENA³ᴰ sailed through the Steam Greenlight process in only 11 days

One of the most common questions I am asked is whether ARENA³ᴰ will be compatible with Virtual Reality. At the moment I have not been pursuing development in VR as there is a large investment required in the two main VR Headsets the HTC Vive and the Oculus Rift. Not to mention a powerful PC for the demands of VR.

The market for VR games is growing however and I believe that ARENA³ᴰ would be a truly spectacular VR experience.

If we manage to progress beyond the initial funding target I will endeavour to bring a VR experience for PC users!

Now that I have highlighted the key areas where your generosity can help support ARENA³ᴰ take a look at the chart below to see how the Kickstarter funding would be split.

The software licencing section covers my subscriptions for Unity and my professional creative tools. 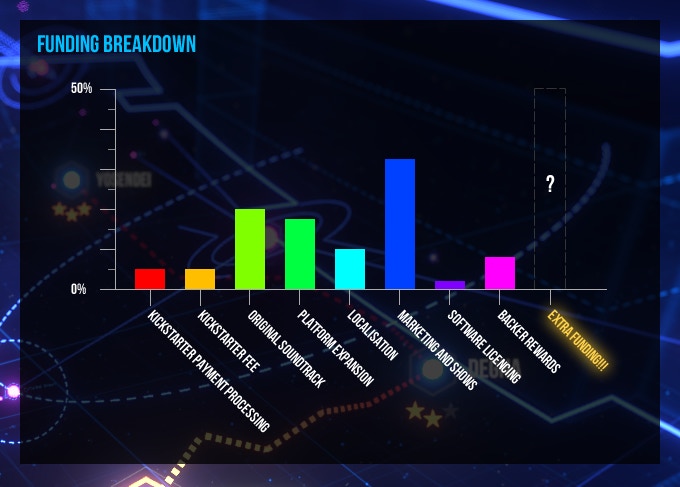 I have just about covered all of the information I can give you about ARENA³ᴰ and where this Kickstarter Campaign can support development. If you are reading this and have played the Free Demo I hope you enjoyed it and I am happy to have shared my work with you.

Now it is time to present the exciting rewards that you can get for your generous donations. I have chosen to go for more physical rewards as I think it can be all too easy to forget about something digital and I would rather you have a gift that has more meaning.

Medals shown in the rewards are for illustrative purposes only. Medal designs have not been finalised

On a final note please find below a few extra useful links that may help give a little more information.

Great to hear!! I hope you enjoy it!!